IRELAND are set to face the world famous 'Haka' as they line up against New Zealand in the Rugby World Cup.

The All Blacks showed their title credentials with a clinical 23-13 victory over South Africa in their opening fixture – but the Haka had a new leader.

Who leads the Haka?

There are no set rules as to who should lead the Haka.

Often it is led by the captain, as it was when Richie McCaw skippered the team, while sometimes it can be led by players with Maori ancestry, who are able to speak the language and give the best performance.

In recent matches, the Haka has typically been led by scrum-half TJ Perenara, but against the Springboks New Zealand changed things up with Perenara and captain Kieran Read jointly leading it.

And Perenara said he was proud of Read's new leadership role.

He commented: "Kieran has been doing a lot of work on his role as a kaea (leader) and his pronunciation of Maori words.

"The work he's been putting in I think has been awesome.

"What I've been saying to him is he is the leader of our group and when he steps up and leads Haka.

"I think it gives our team mana [prestige], and even for Māori back home to see non-Maori go through the processes to learn why he's leading Haka, pronouncing the words the right way, and doing it the way he's performed it, that's special to me, not even as a rugby player or a team-mate, but as a Maori."

What is the Haka?

The Haka is a traditional war cry and dance that is seen as a challenge from the Maori people, and describes the ancestors and events from the history of the tribe.

Performed by the national side before every kick-off, the dance involves the stamping of feet, slapping of hands on the body and several facial contortions involving the tongue and eyes. 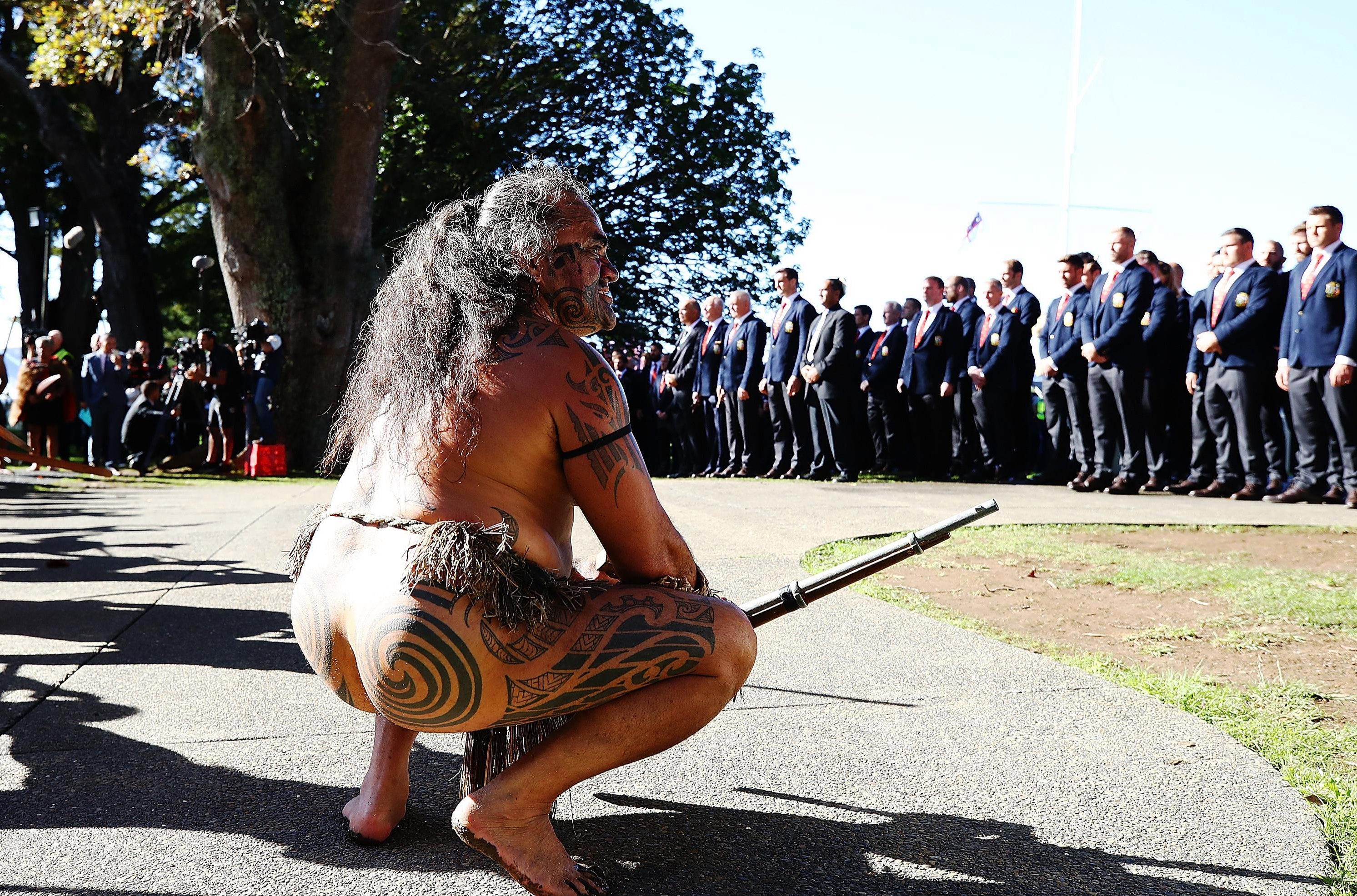 What are the lyrics to the Haka and is it always the same song?

New Zealand traditionally always sung a song called Ka Mate, which is a war cry written in 1820 by a Maori chief Te Rauparaha.

The Ka Mate Haka is also performed during high profile funerals or to greet foreign dignitaries.

But in 2005, they came up with a newer version called Kapa O Pango, which is exclusive to the All Blacks rugby team and only performed during certain matches.

Nowadays, whenever New Zealand take to the field, nobody knows which version of the Haka they will sing.

Let your valor rise! Let your valor rage!
We’ll ward off these haunting hands
while protecting our wives and children!
For thee, I defy
the lightning bolts of hell
while my enemies stand there in confusion!
O God – to think I would tremble
to a pack of wolves seeing fear, or running away,
because they would surely fall in the pit of shame
as food for the hounds who chow down in delight! Oh, what in the name…? 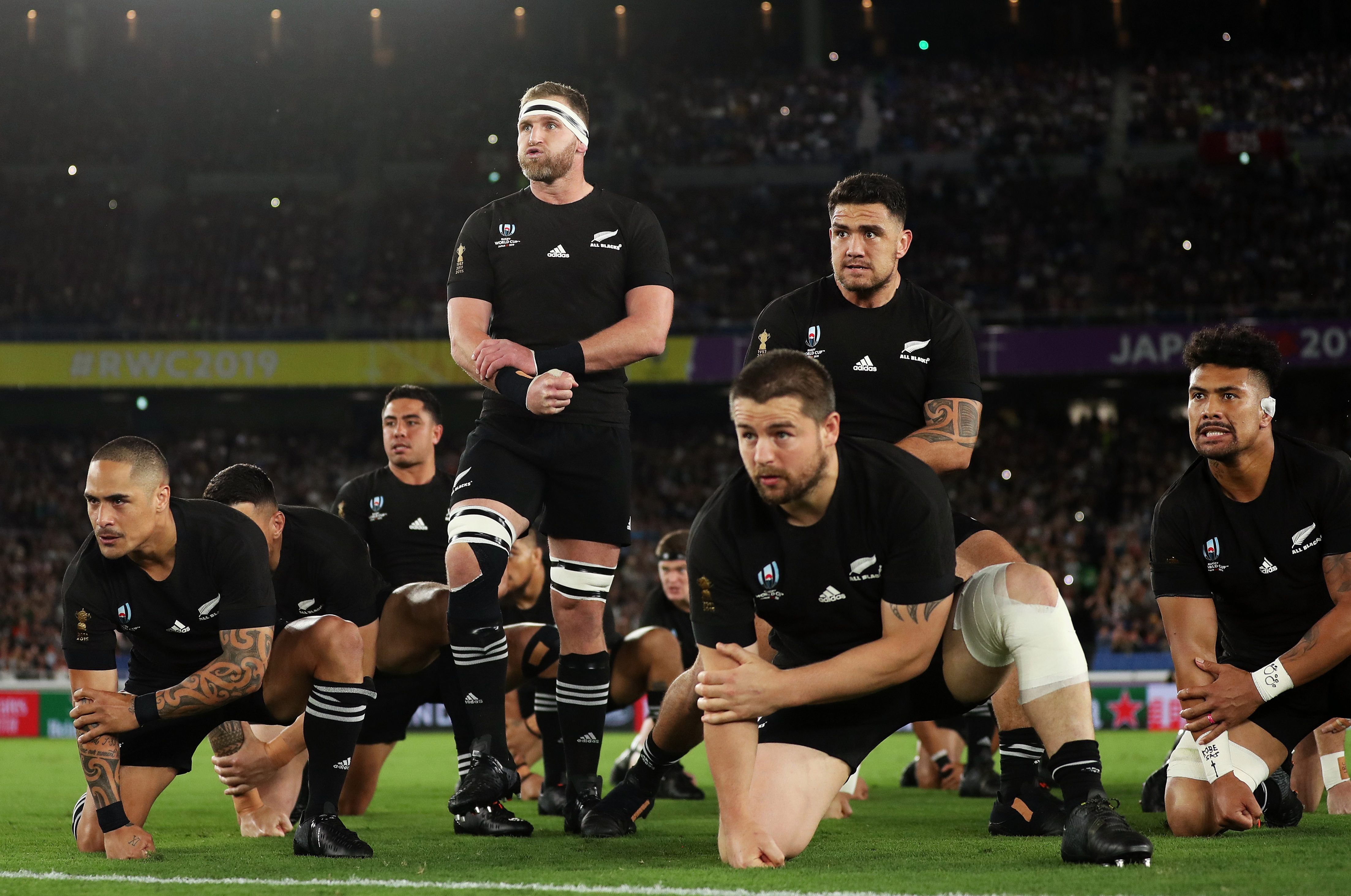 Let me go back to my first gasp of breath

It is New Zealand that thunders now

And it is my time!
It is my moment!

The passion ignites!
This defines us as the All Blacks

And it is my time!
It is my moment!

Our supremacy emerges
To be placed on high

How do other teams approach it?

National sides who receive the Haka have approached it in different ways on the pitch, with some causing controversy.

Traditionally, the team will stand opposite in one line, either with their arms around their teammates or just side by side.

In 1989, Ireland walked towards the Haka, while in a 2003 World Cup group stage clash against Tonga, both sides performed war dances at the same time. 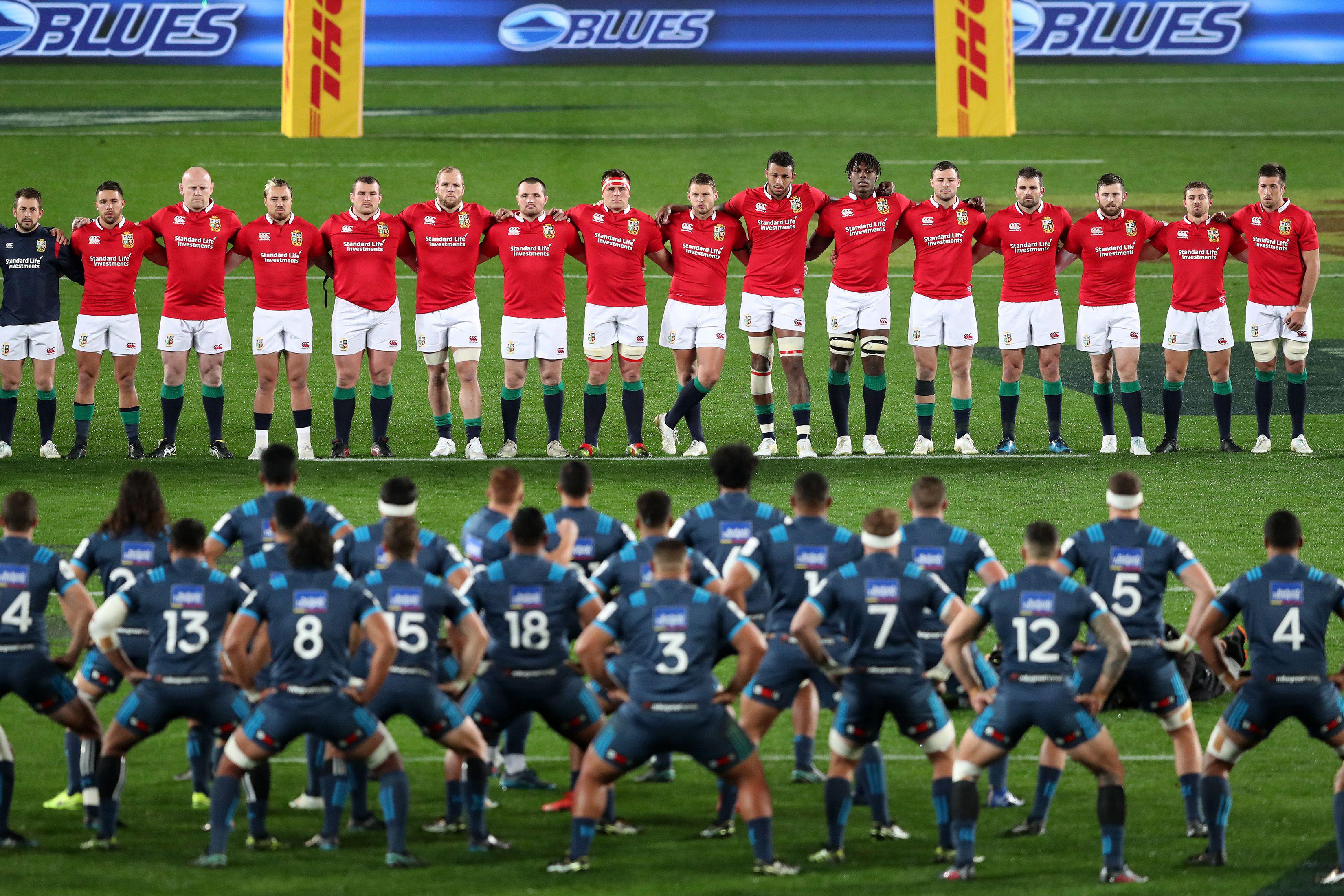 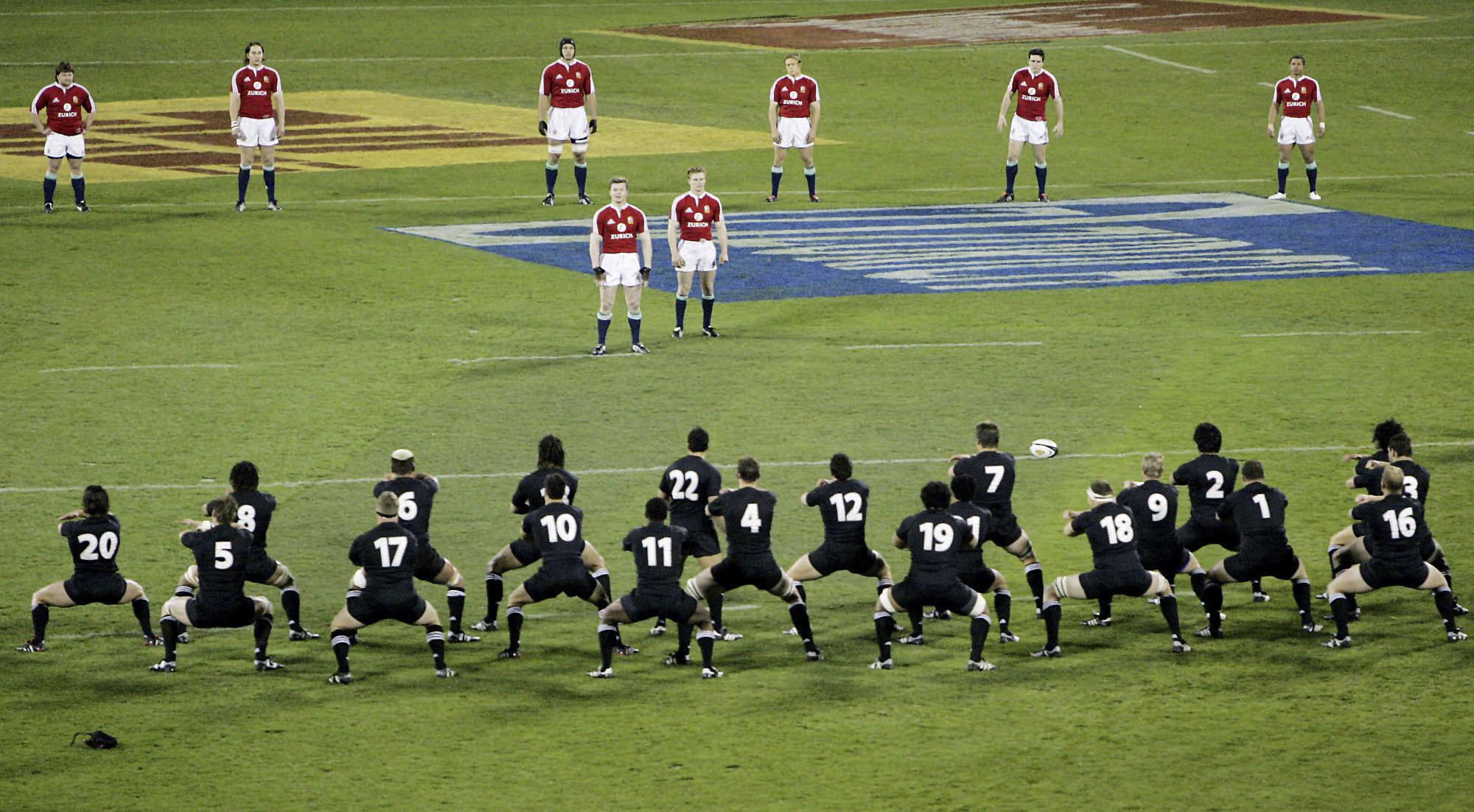 The last time the Lions toured New Zealand in 2005, they stood in a formation to symbolise their strength against the All Blacks, and the Haka.

2008 also saw controversy, as Warren Gatland's Wales refused to turn their backs on the Haka in the Millenium Stadium, resulting in a Mexican stand-off that lasted a few minutes.

However a new World Rugby law means teams must now stand on the ten metre line while the All Blacks perform the dance on their ten metre line.