Padua: Michael Cheika must pick his best possible team for the Italy match this weekend.

Shelve whatever plans you had before the tour, Michael. Don’t worry about blooding players and getting those cap numbers up before the World Cup. Your Wallabies need a win.

Statistics from the professional era show that in the 12 months before a World Cup year, you need as many as you can get. New Zealand have won the last two World Cups and their record in the year before those tournaments was superb. They won 12 from 14 games in 2014 (86 per cent) to go with 13 from 14 in 2010 (93 per cent). 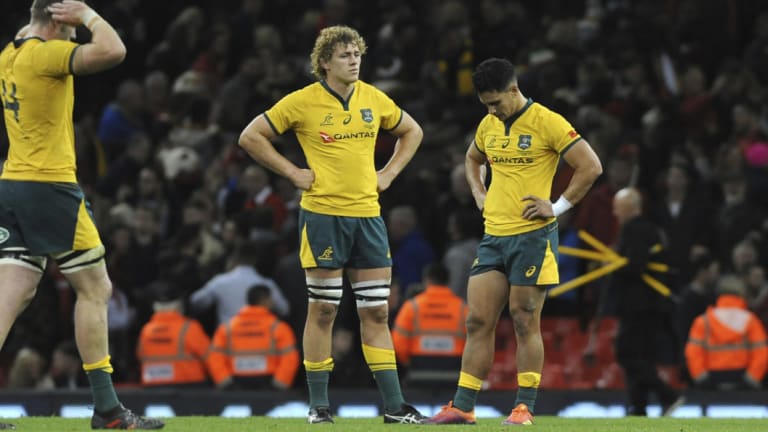 That sinking feeling: The Wallabies need a big win against Italy to restore confidence.Credit:AP

South Africa chalked up five wins from 12 starts in 2006 but the proof is there given England (eight wins from nine games in 2002) and Australia (11 from 13 games in 1998) were well on the right track heading into a World Cup year.

It is misguided to think a side is miraculously going to turn things around when the big dance arrives.

This weekend presents a perfect opportunity for the regulars to play their way back into form and chalk up a big score against the 13th-ranked Italians, who, with all respect, are no world-beaters.

It is believed Cheika is considering chopping and changing the team. The early names being tossed around are Matt Toomua, Adam Ashley-Cooper, Jordan Petaia and Jake Gordon.

Already the team’s best player, David Pocock, has said he wants to be there, while Will Genia is equally keen to get involved. If Genia does feature in Padua, he will notch up his 100th Test a week later against England at Twickenham.

“Every time you get the opportunity to be in the 23, you want to,” Genia said. “It doesn’t matter who you’re playing against because you’re playing for Australia. That’s just a decision for the boss.”

The Wales loss was another backward step for Australia in terms of not seeing any scoreboard reward for their effort. Yes, defence was dogged and the lineout functioned far better in patches, but the constant losses must be starting to weigh down on the group. They need to see some tangible results at some stage to start restoring belief.

What good does resting the likes of Bernard Foley, Kurtley Beale and Israel Folau really do? The team didn’t score a try at Principality Stadium in 80 minutes. Let them run riot against a weaker opponent in Padua. Experiment with a few audacious set moves, let them remember what it feels like to put on try after try,  and go into the England game in a fortnight’s time on a high.

If bringing in other players will strengthen the side, do so. But not just for the sake of it.

Not only does picking a 'B-team' cheapen the jersey but it is compensation if scores are tight by full-time. If Italy were to pull off a victory against an under-strength Australia, there is less accountability. The coaches can say it doesn’t really count because they are "thinking about the big picture". 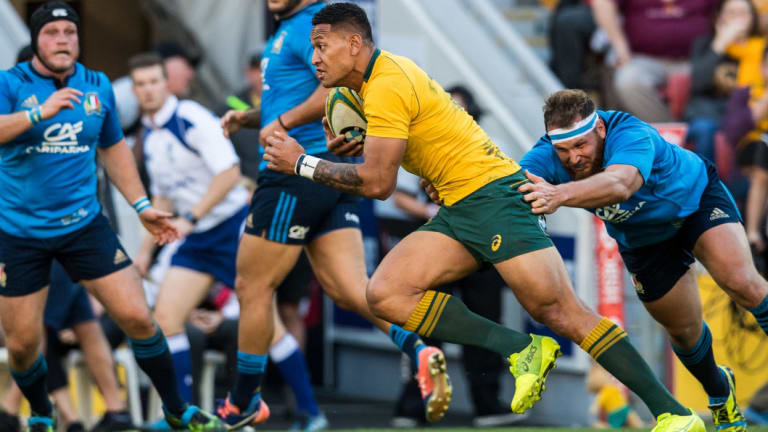 Bit of a Blue: The Wallabies nearly slipped up against the Italians in Brisbane last year.Credit:Stuart Walmsley

Remember Brisbane last year? Italy trailed by just a point with five minutes remaining until late tries from Foley and Reece Hodge prevented another unwanted record. Cheika ought to remember that the Wallabies were at full strength that day at Suncorp Stadium, and were coming off a similar loss to a northern hemisphere team in Scotland.

The Wallabies should be trying to annihilate Italy. This is a view shared by some squad members in the wake of an eighth loss this year.

The quickest way to change the narrative of a horrible 12 months would be to knock off Eddie Jones’ mob on their home turf. It’s a mouth-watering prospect.