The Red Devils are 2-0 down from the first leg in the Champions League with Ole Gunnar Solskjaer missing a host of first-teamers – including Paul Pogba. 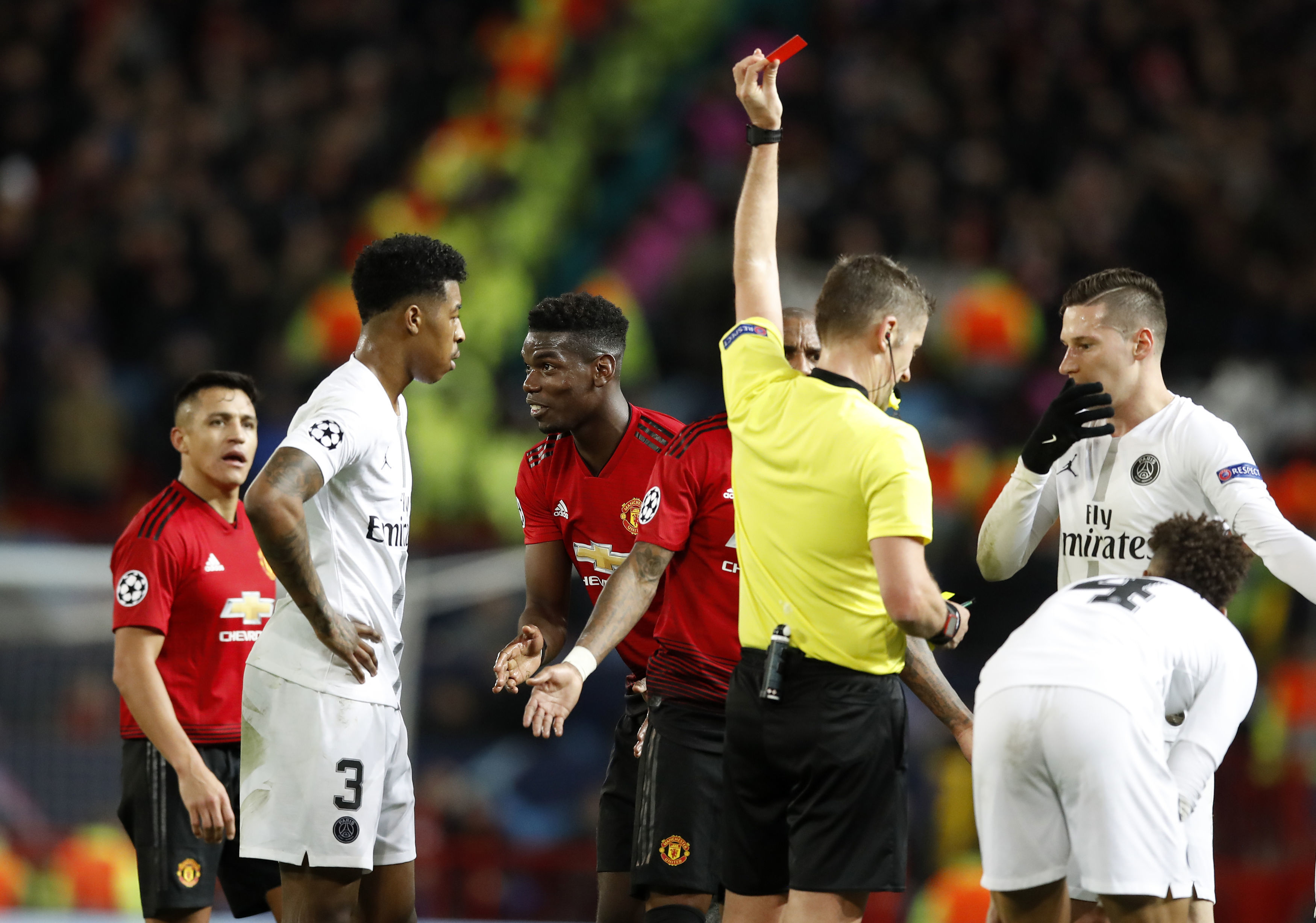 Why is Paul Pogba not playing against PSG?

The Frenchman has been back to his best since the arrival of Solskjaer, having a hand in 16 goals in 15 matches under the Norwegian.

But Pogba will have to watch from the stands in the Parc des Princes stadium after picking up a red card in the first leg.

A rash challenge on Dani Alves saw the World Cup winner pick up a second yellow card and then given his marching orders to gain an automatic suspension for the return fixture.

When will Paul Pogba return?

Pogba will be available to play in the Premier League against Arsenal on Sunday with the suspension only applying to European football.

The 25-year-old will also be able to play in their first fixture of next season, whether they are in the Champions League or Europa League.