GEORGINIO WIJNALDUM has reportedly asked Liverpool for more time before deciding on his future amid interest from Barcelona.

The Guardian claim the midfielder was offered fresh terms at the start of December and Jurgen Klopp wants to see him stay. 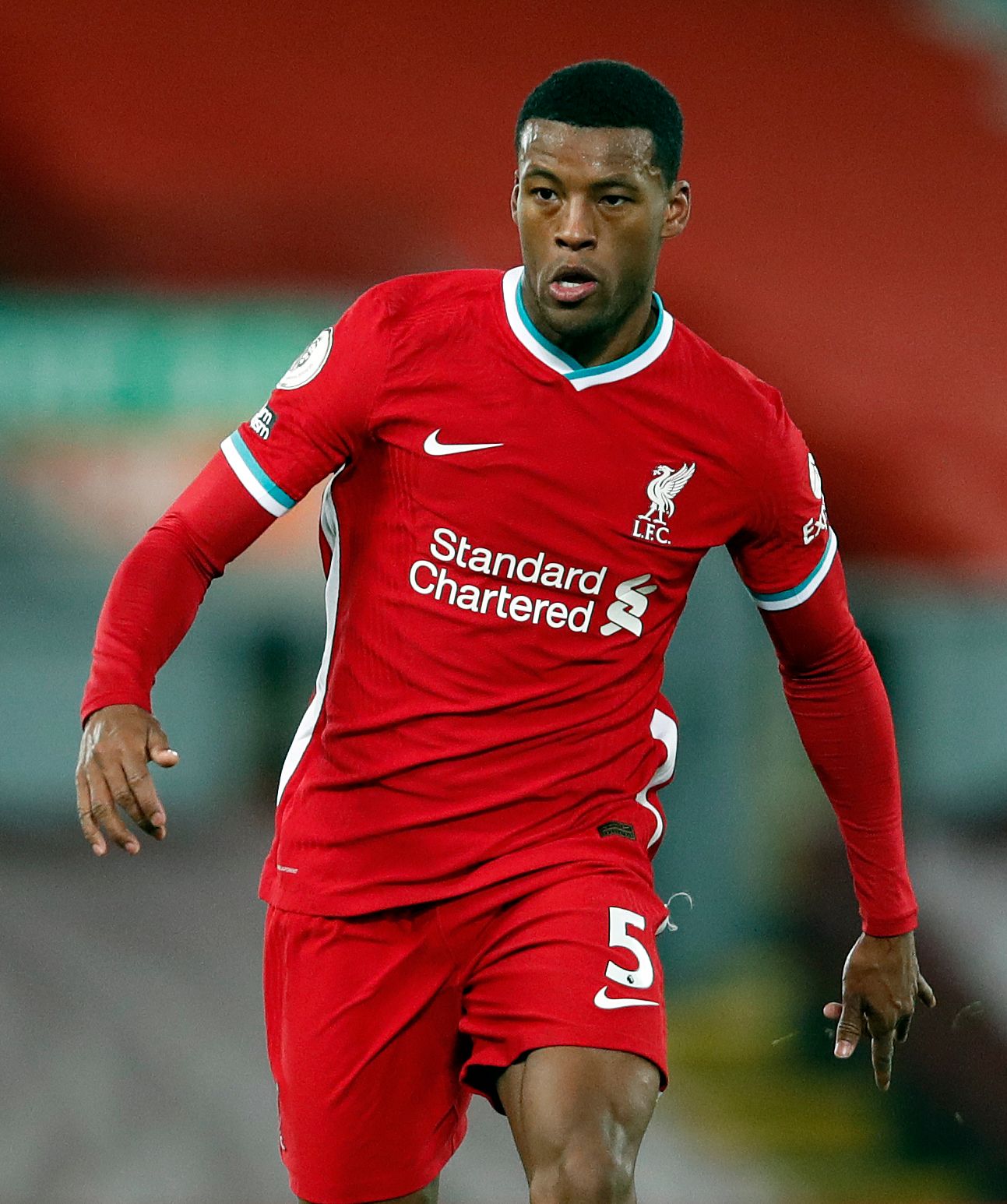 Yet Wijnaldum is out of contract at the end of the season and is free to discuss a pre-contract agreement with clubs abroad in January.

The report adds that the 30-year-old has promised Liverpool he will let the club know first should he decide that his future lies elsewhere.

Barcelona are known to be big fans of the Netherlands international with his former manager Ronald Koeman keen on a reunion at the Nou Camp.

But SunSport previously reported that Inter Milan had joined the LaLiga giants in the race to land Wijnaldum.

Antonio Conte has already filled his ranks with a host of ex-Premier League stars, most notably Romelu Lukaku and Alexis Sanchez.

But with others such as Christian Eriksen flopping in Italy, the ex-Chelsea boss remains keen on adding to his squad.

Real Madrid are also fans of Premier League winner Wijnaldum, who is especially attractive on a free transfer.

And reports claim Liverpool are already lining up potential replacements for the former Newcastle star.

Brighton star Yves Bissouma is the latest to catch Klopp’s eye while there is also interest in Lille’s ex-Bayern Munich ace Renato Sanches.

Wijnaldum has made 208 appearances for Liverpool since a £25million move from Newcastle in 2016.

He has gone on to become a staple of their current side, helping them to the title last season and the Champions League a year earlier.