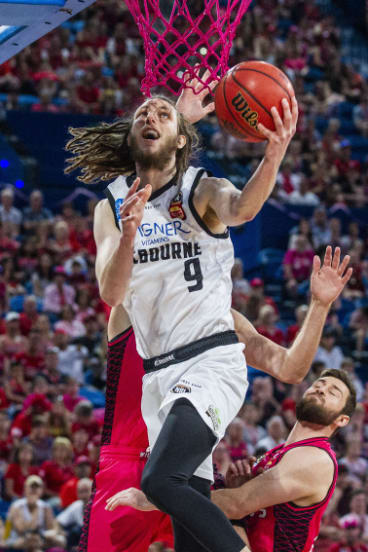 Craig Moller drives to the basket.Credit:AAP

The Perth Wildcats have escaped with a thrilling 101-96 win against Melbourne United at RAC Stadium after two periods of overtime.

Scores were tied 84-84 at full-time after MVP Bryce Cotton’s last-second drive and lay-up failed to drop.

And the scoreboard read 89-89 after the first period of overtime when Melbourne’s Casper Ware was denied a two-pointer with just one second on the clock that would have given United victory.

The score was cancelled after Ware was called for a second offensive foul in 29 seconds against Perth’s Mitch Norton which put the game into second overtime.

Melbourne clawed their way to a 94-93 lead with three minutes left but Perth took charge from that point with Cotton forcing a steal to set up the winning basket.

United’s job was made tougher in overtime with Chris Goulding (29 points) sidelined by a knee injury for both periods and David Barlow fouling out with one minute 46s left on clock didn’t help.

Cotton, with 31 points and Terrico White (27) saw the Cats over the line but Angus Brandt should be given credit for the victory. 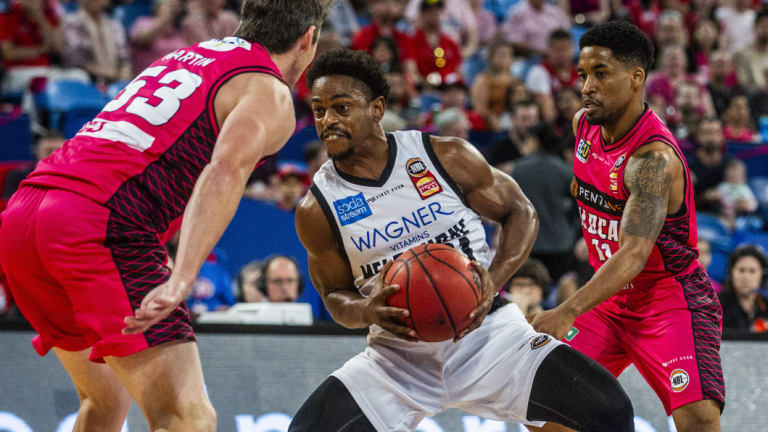 His work in the paint was a big reason the home side were still within a shot at the main break. He had nine rebounds and six points at that stage.

Brandt finished with an impressive 14 points and 20 rebounds despite being pitted against Melbourne’s Josh Boone and Alex Pledger.

The Cats and Boomers big man has been working his way to fitness from an ankle injury and appears to be there now. 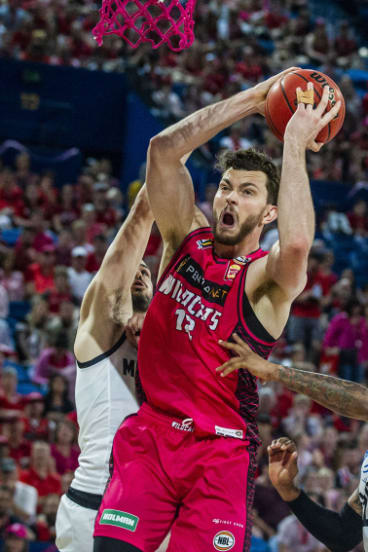 Angus Brandt asserts himself for the Wildcats.Credit:AAP

The reigning champions appeared to control the game and led for most of it but Goulding’s injury with only two minutes remaining of regular time, with Perth leading by two points, proved costly.

Goulding looked like blowing the game apart in third term. When he dropped his 25th point and his fifth from long range late in that quarter, United had a nine-point buffer.

But nine points from Cotton in less than 90 seconds had the home side just two points behind going into the last term.

It took Perth a while to get going. Coming off their first loss of the season, in Brisbane on Thursday night, the Wildcats managed to get away only 33 shots in the first half – eight fewer than United.

But a three-pointer from captain Damian Martin just before the buzzer saw the home side trail by just one at the main break.

United have to butter up from two trips across the country to host Illawarra on Monday night.

Perth are at home again next Saturday to New Zealand.