Rugby Australia officials and Wallabies coach Michael Cheika will land in Canberra on Tuesday in the hope of formalising an agreement to manage star player workloads in the lead up to the World Cup.

But the ongoing saga surrounding Cheika's tenure has overshadowed his plans for next year and has cast uncertainty on contract negotiations for some of the ACT Brumbies' key players. 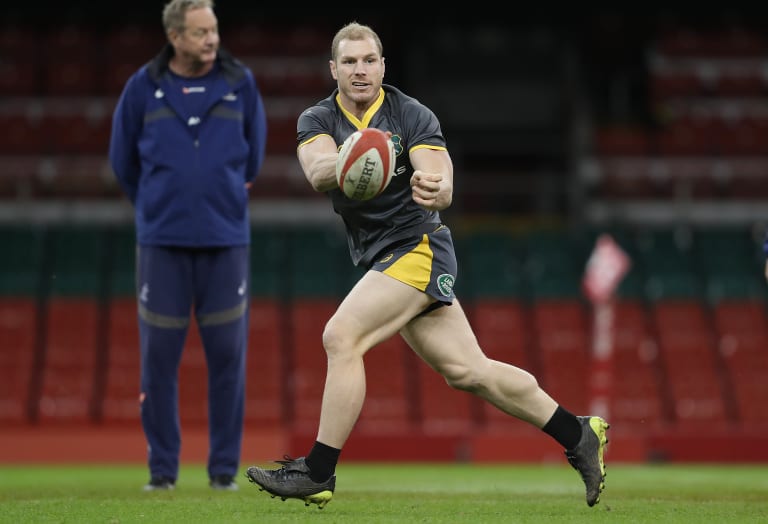 David Pocock is expected to be on a managed playing and training workload next year.Credit:AAP

Cheika is on shaky ground as Wallabies coach and Rugby Australia will meet on December 10 to hear a review of the year, the worst since 1958, and how he plans to revitalise the team.

A decision on Cheika’s fate will give clarity to his World Cup plans given he is asking Super Rugby teams to rest players, as well as easing any concerns for off-contract stars.

A host of Brumbies, including David Pocock, Scott Sio, Henry Speight, Sam Carter, Tevita Kuridrani and Christian Lealiifano, are yet to decide if they will stay in Australian rugby beyond next year.

Brumbies coach Dan McKellar's contract also expires at the end of next year, but the club is expected to wait until early in his second season in charge before making any decision on an extension.

"Like any line of work, you like to have some sort of certainty around who's involved in an organisation so you can make the right decisions, and it's no different for rugby players," Thomson said.

"We're not worried about [what's happening with the Wallabies] at this stage, hopefully it can be sorted out pretty quickly and players can focus on the 2019 Super Rugby season and the World Cup."

Pocock will play in Japan after the World Cup as part of a three-season deal with the Wild Knights, but his Wallabies and Brumbies future remains unclear.

The Brumbies will speak with Pocock and his agent when he returns to training in January to get a gauge on his interest in extending his time in Canberra.

The bulk of the Brumbies have completed two weeks of pre-season training, with Wallabies players back on deck in the first week of January.

A proposed 10-day Wallabies camp, however, is set to delay Super Rugby preparations even more, with World Cup contenders expected to be unavailable to train until less than a month before round one. 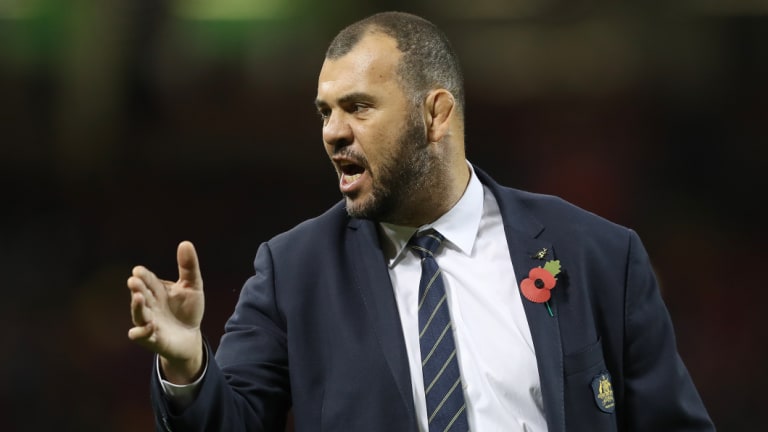 Michael Cheika will be in Canberra next week to discuss his World Cup plans.Credit:PA

Cheika and Rugby Australia are keen to manage workloads for key players to ensure they don't burn out at the World Cup, which means resting them from some Super Rugby games.

It is hoped planning will avoid a similar debacle to this year, when the Wallabies requested Pocock, Sio and Allan Alaalatoa be rested from a clash against the Japan Sunwolves.

The Brumbies were the only Australian team asked to rest players, and McKellar stood firm by his decision to pick the trio to play.

"We're still trying to get some clarity around which players will be involved [in managing workloads] and the final requirements," Thomson said.

"There will be some meetings with Rugby Australia over the next week or two to work through those details. It's just about getting an understanding of the players involved, who these plans will relate to.

"Then there's the camps prior to and during the course of the Super Rugby season. It's been worked through with the high-performance staff to see how it looks."