Out of nowhere thousands of the creatures dropped down over the grounds of SW19 causing problems for players and spectators. 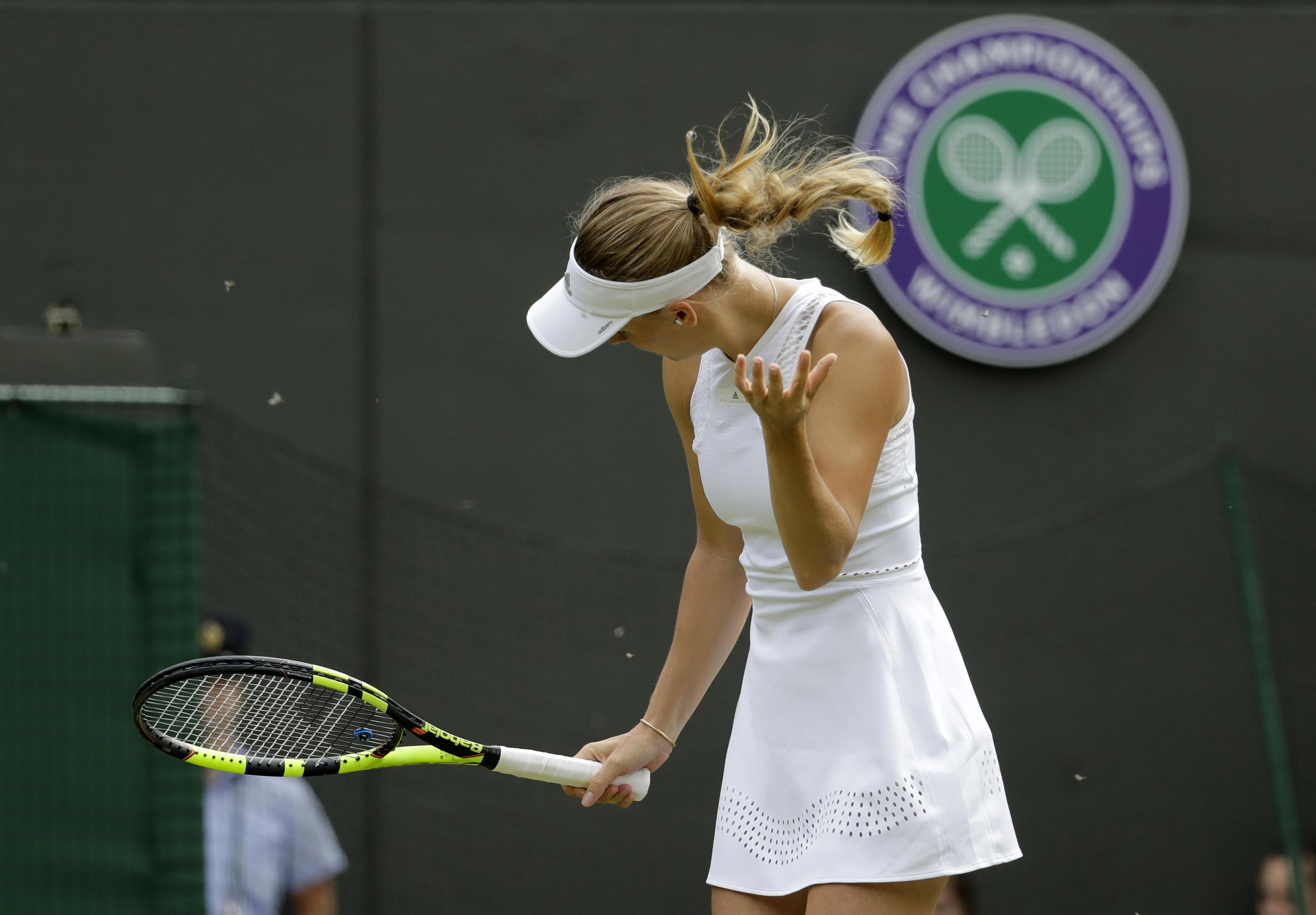 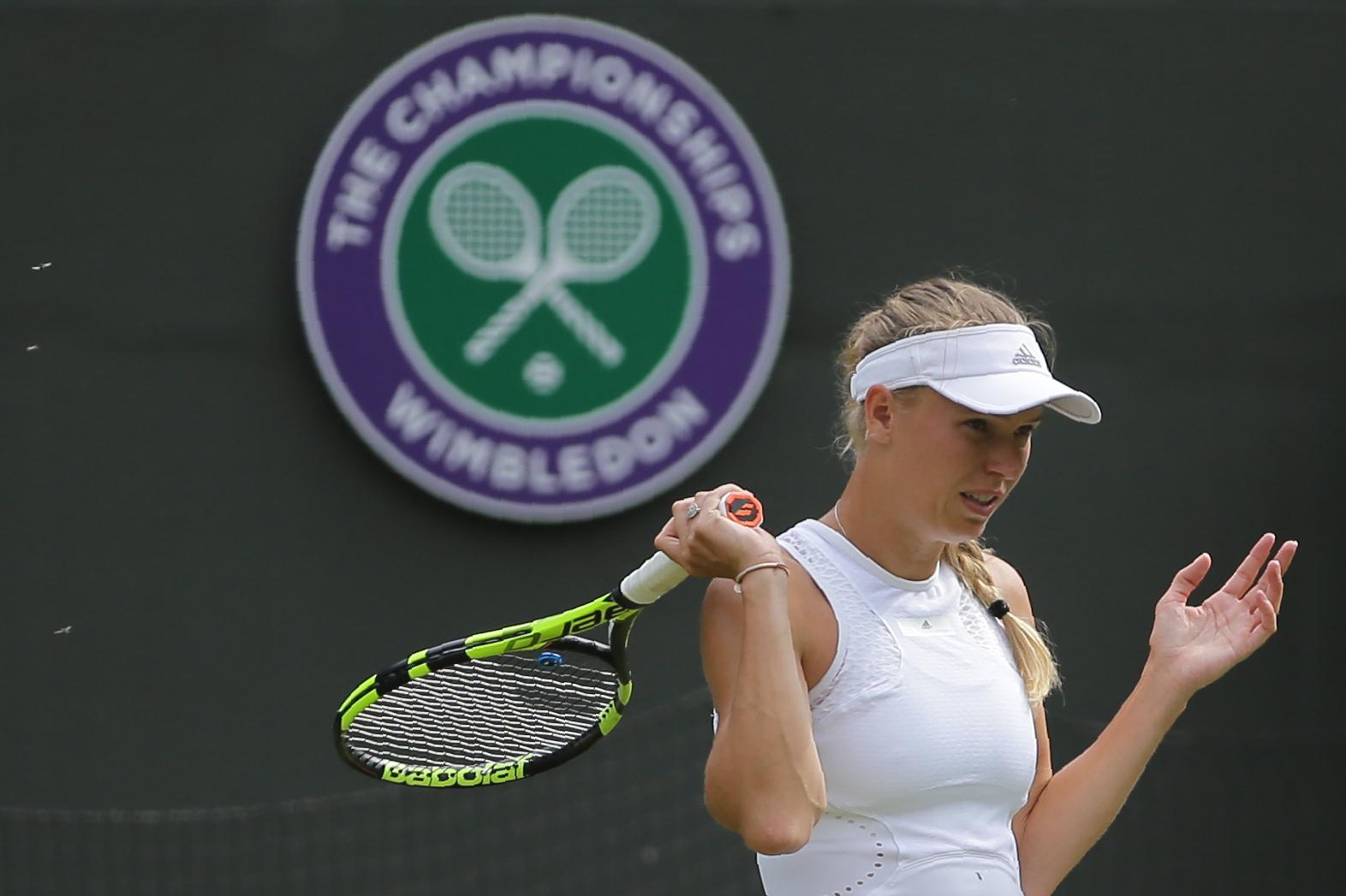 On Court One, Australian Open champion Caroline Wozniacki came under so much attack she called for play to be suspended.

The Dane frantically waved the mites away from her hair and she retired to her seat to spray herself with repellent.

Wozniacki, 27, was in the middle of a tough second round battle with Ekaterina Makarova when the swarm arrived to put her off her game.

The number two seed had already lost the first set to the Russian, and she was trying to desperately claw her way back into the match. 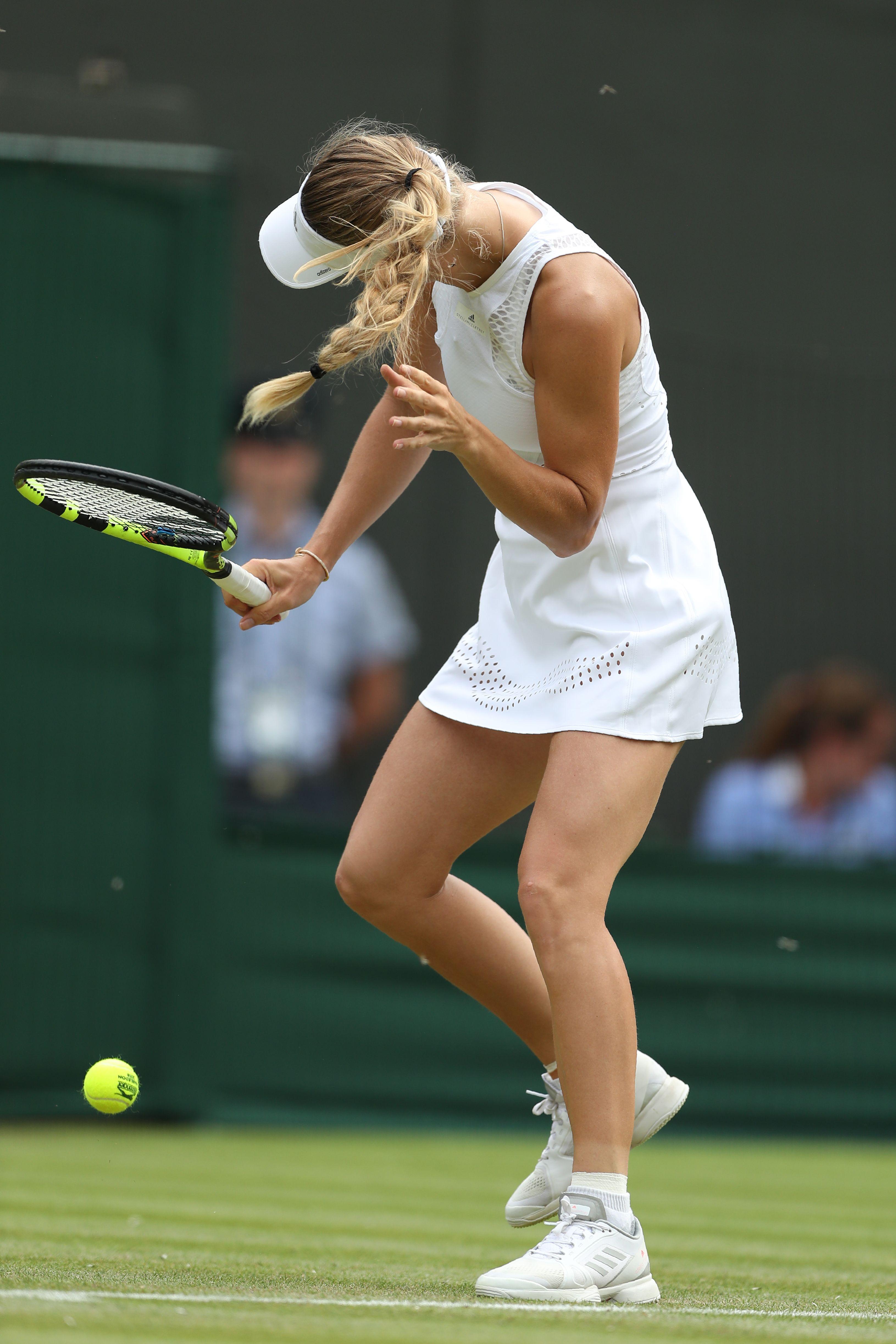 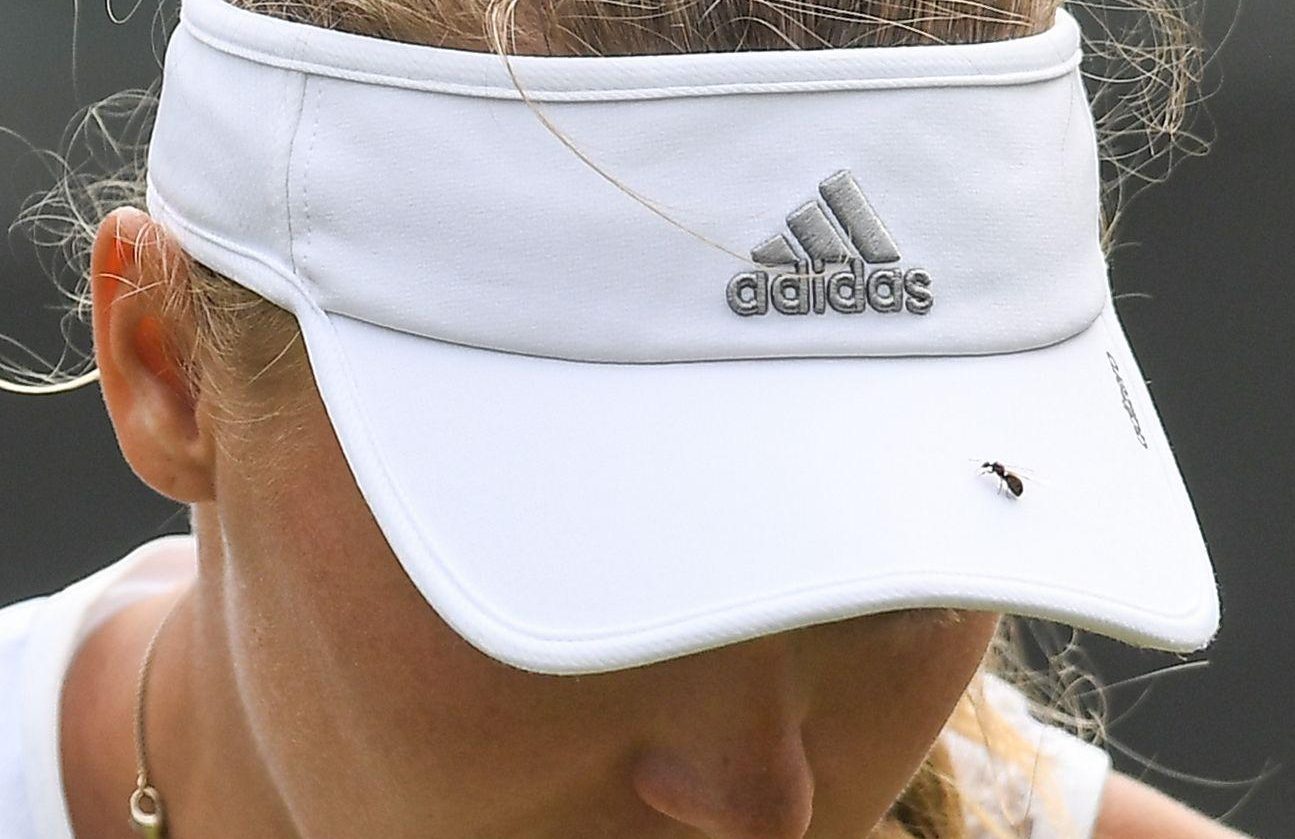 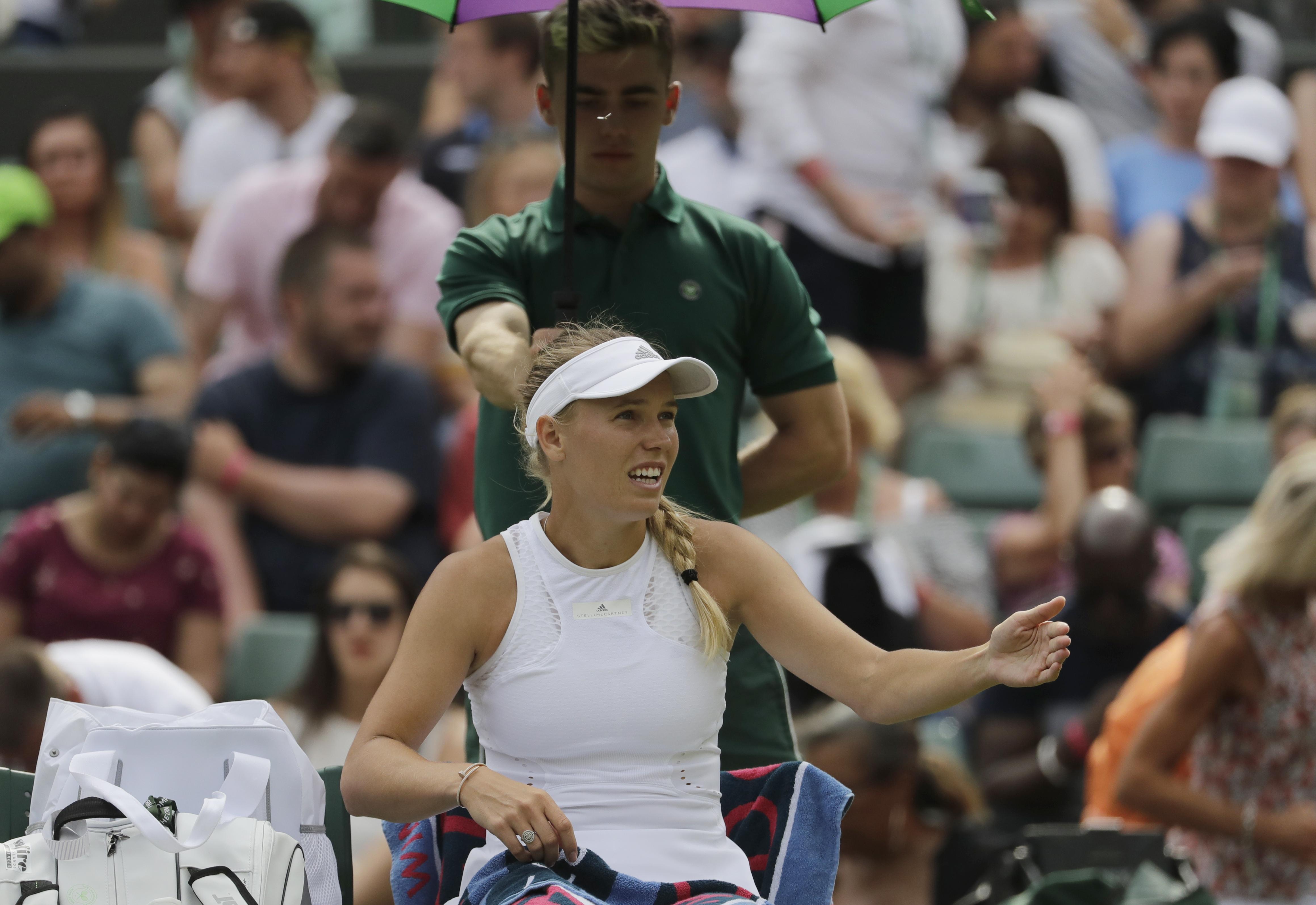 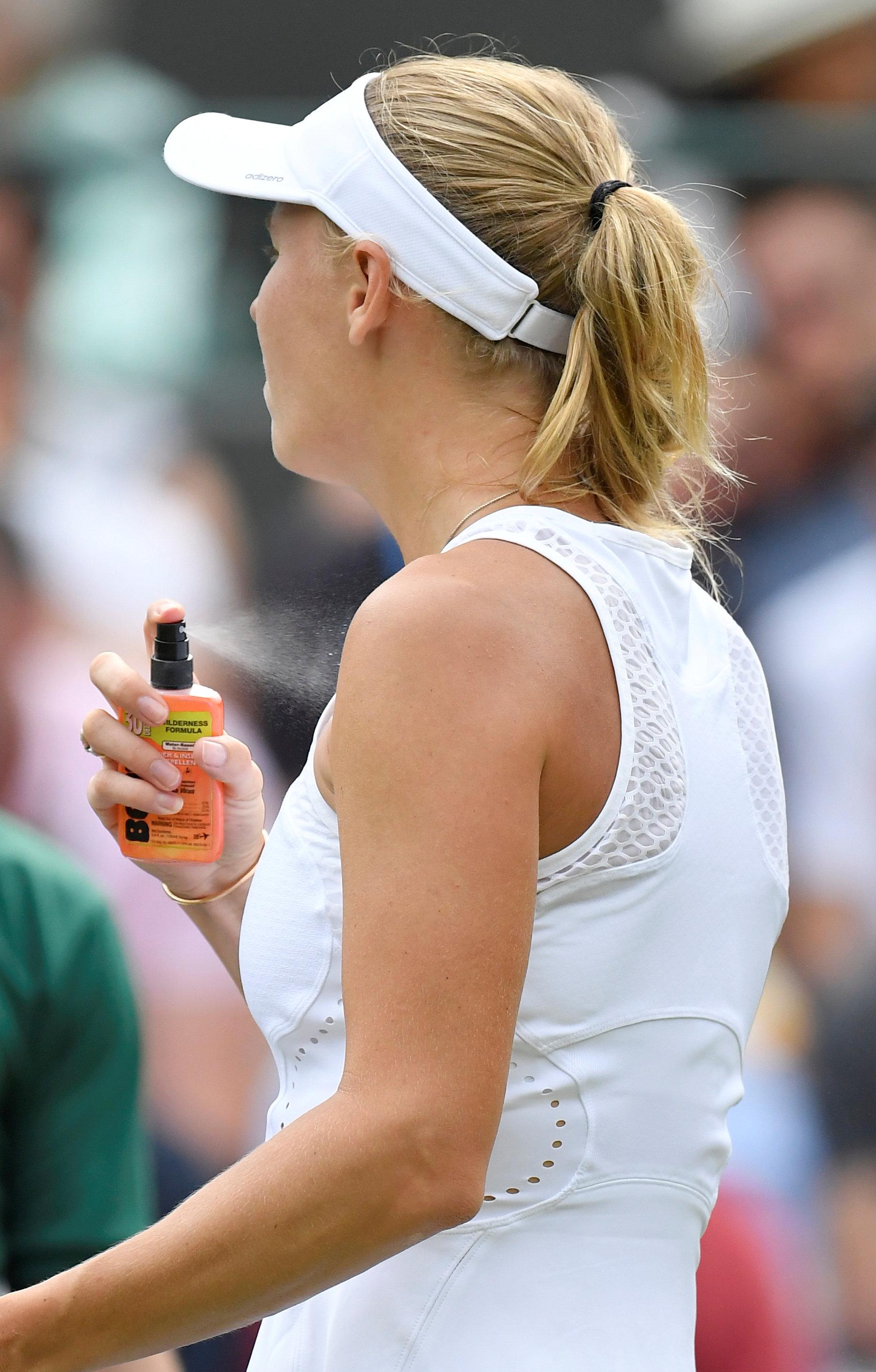 She eventually regained her composure to take the second set and send the tie into a final set decider.

But that was not enough for her to keep her tournament hopes alive, as she was beaten in the final set to crash out 6-4 1-6 7-5.

Competitors and judges were forced to continually swat the pests away across all of the outside courts.

And they played havoc with revellers enjoying a late lunch or glass of Pimms as they attempted to land on anything in sight.

Wimbledon has enjoyed bathing in continual sunshine over the first couple of days of this year's competition.

BUZZ OFF What are flying ants, where do they come from and how can you get rid of them?

But grey clouds had just started to engulf the grounds, offering threat of rain for the first time at these Championships.

And just as the temperatures dropped, so the swarm of flying ants arrived catching everyone off guard.

They were particularly active among the thousands sat on Henman Hill who had just been watching on the big screen as Roger Federer cruised through to the third round with a straight-sets victory over Lukas Lacko of Slovakia.

And the area around the outside broadcast pitches used by television crews was also caught up, as presenters had to swat the pests away.