Wimbledon 2018: Now Andy Murray’s pulled out, here's the other young British hopefuls we can cheer on instead

From the Stockport girl who was ­disgraced for wrapping herself around a condom machine to the player whose grandpa invented anti-theft clothing tags and the Love Island fans among the contenders, Dora Allday has the lowdown on the next crop of UK tennis hopefuls, plus their odds of becoming  Wimbledon  champion. 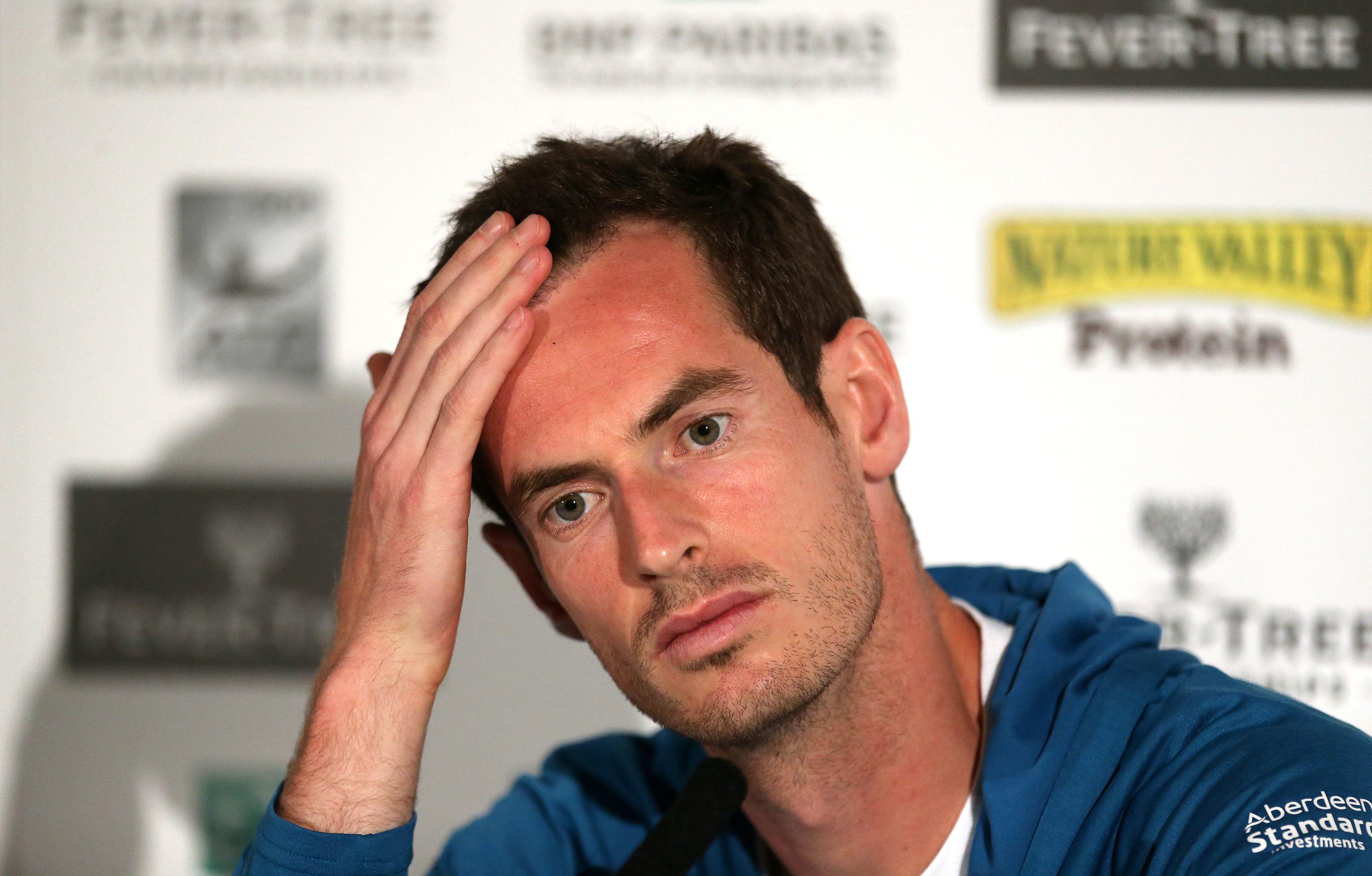 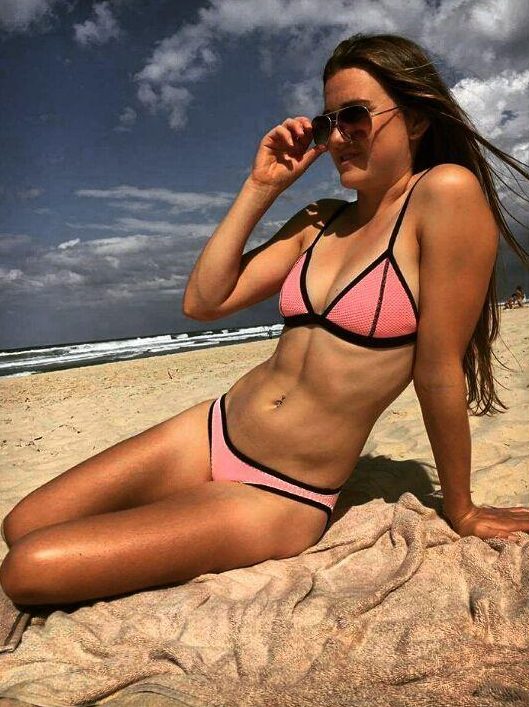 Katy hit the headlines during Wimbledon qualifying in 2015.

She tearfully thought she would be disqualified after accidentally hitting a ball at a line judge.
The Wimbledon authorities clearly have not held that against her, giving the 23-year-old from Hemel Hempstead, Herts, a wild card spot.

And Katy is also from a sporting family.

Her brother Conor is a professional cyclist who rode in last year’s epic Vuelta a Espana race. 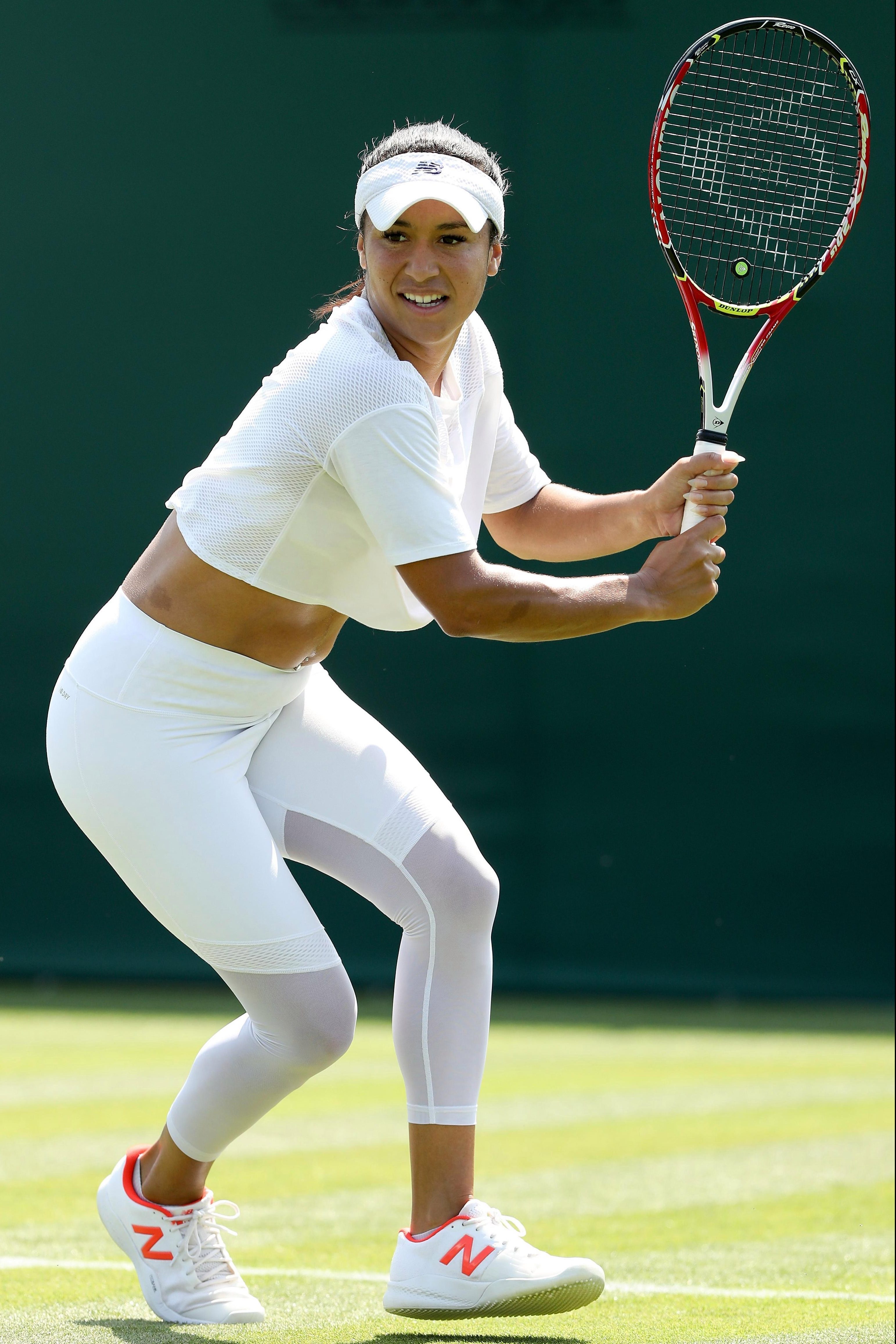 AT the age of nine, Heather asked for £10 from her parents and secretly entered a local tennis tournament – surprising them with a trophy a few days later.

The secretive, superstitious young girl even banned her parents from watching her matches in case it brought bad luck – but it did not stop her from reaching the second round at Wimbledon in 2012, 2015 and 2017.

Unseeded Heather, 26, from Guernsey, has faced death threats on social media and a dip in form which saw her lose 11 matches in a row.

But she does have a guilty pleasure to help her relax from the stress of tennis. 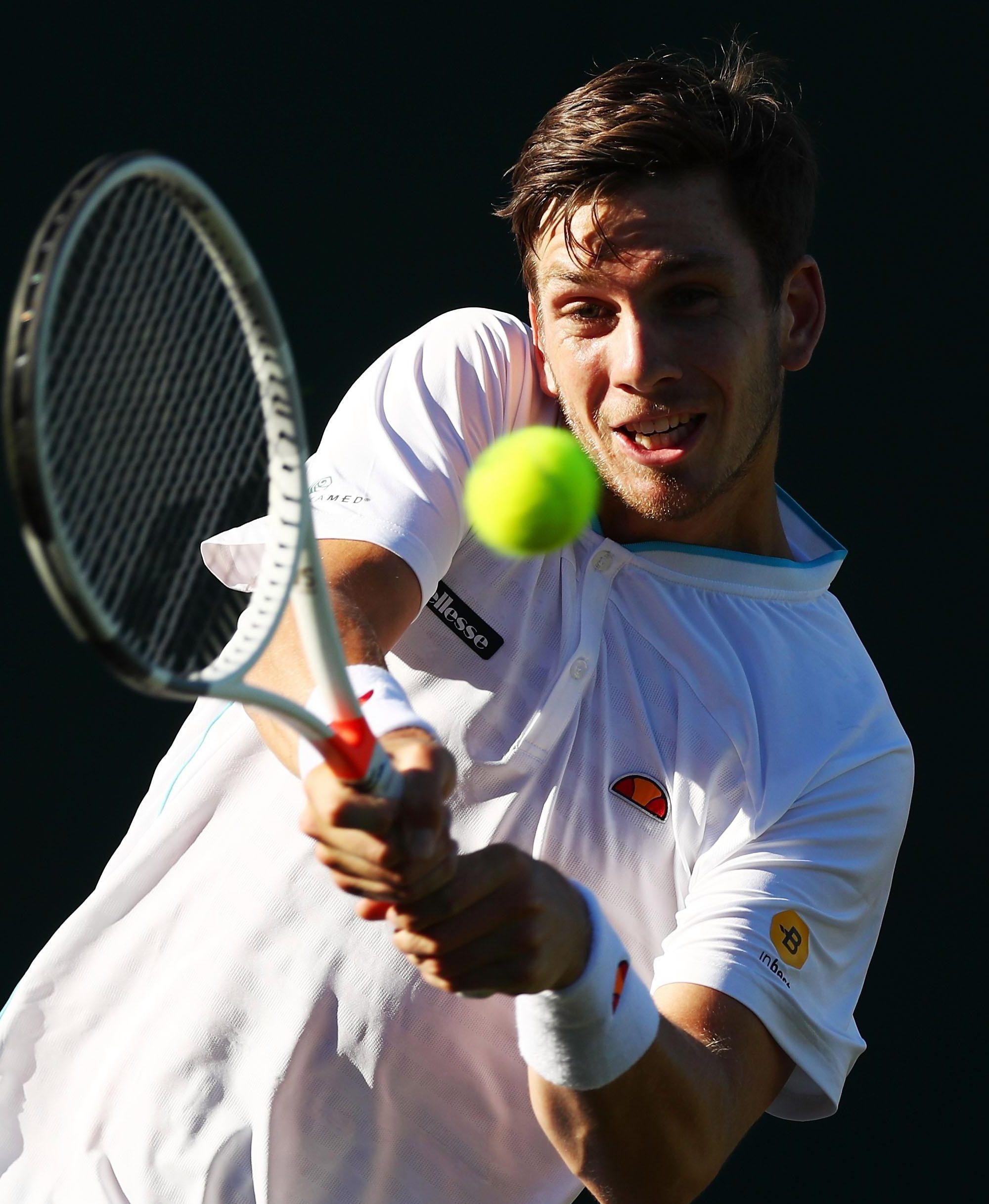 Globetrotter Cameron was born in Johannesburg to a Scottish dad and a Welsh mum, both microbiologists.

When he was three the family moved to New Zealand and young Cameron rose through the ranks of youth ­tennis.

At 16, he changed his allegiance to Great Britain after moving here, then moved yet again, this time to Texas, where he studied for three years.

Wildcard Cameron, 22, said: “I consider myself British. Both my parents are British. My mum is Welsh and my dad is Scottish, with a filthy Scottish accent.”

He narrowly lost his first-round match in four sets last night – but is still one to watch out for in the doubles. 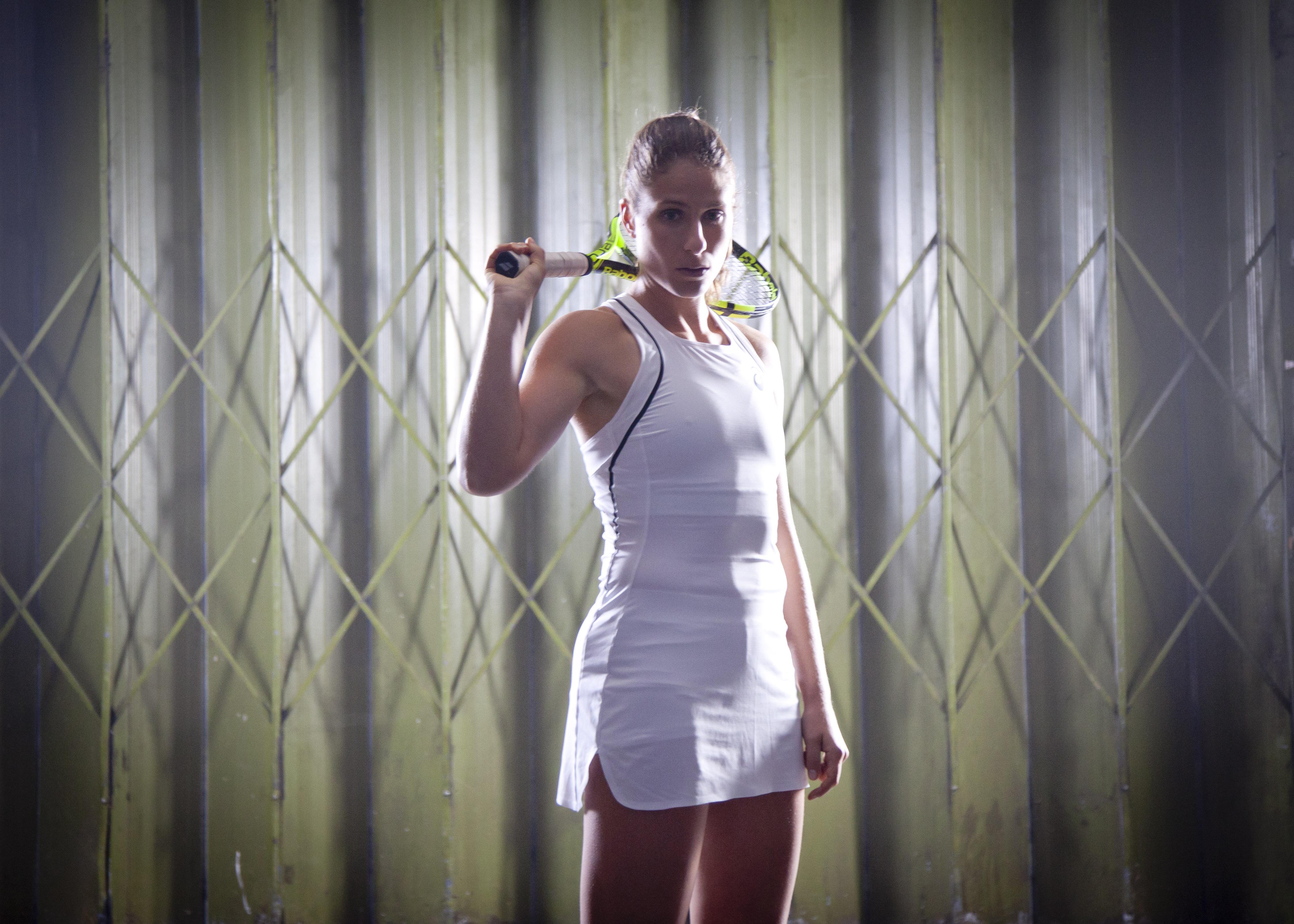 Born in Sydney to Hungarian parents, she moved to Eastbourne, East Sussex, at 14 and became a British citizen in 2012.

Johanna, seeded 22nd, was a Wimbledon semi-finalist last year – the first British woman to do so since Virginia Wade in 1978 – and The Sun had the nation singing the Eddy Grant song Gimme Hope Jo’Anna to support her. 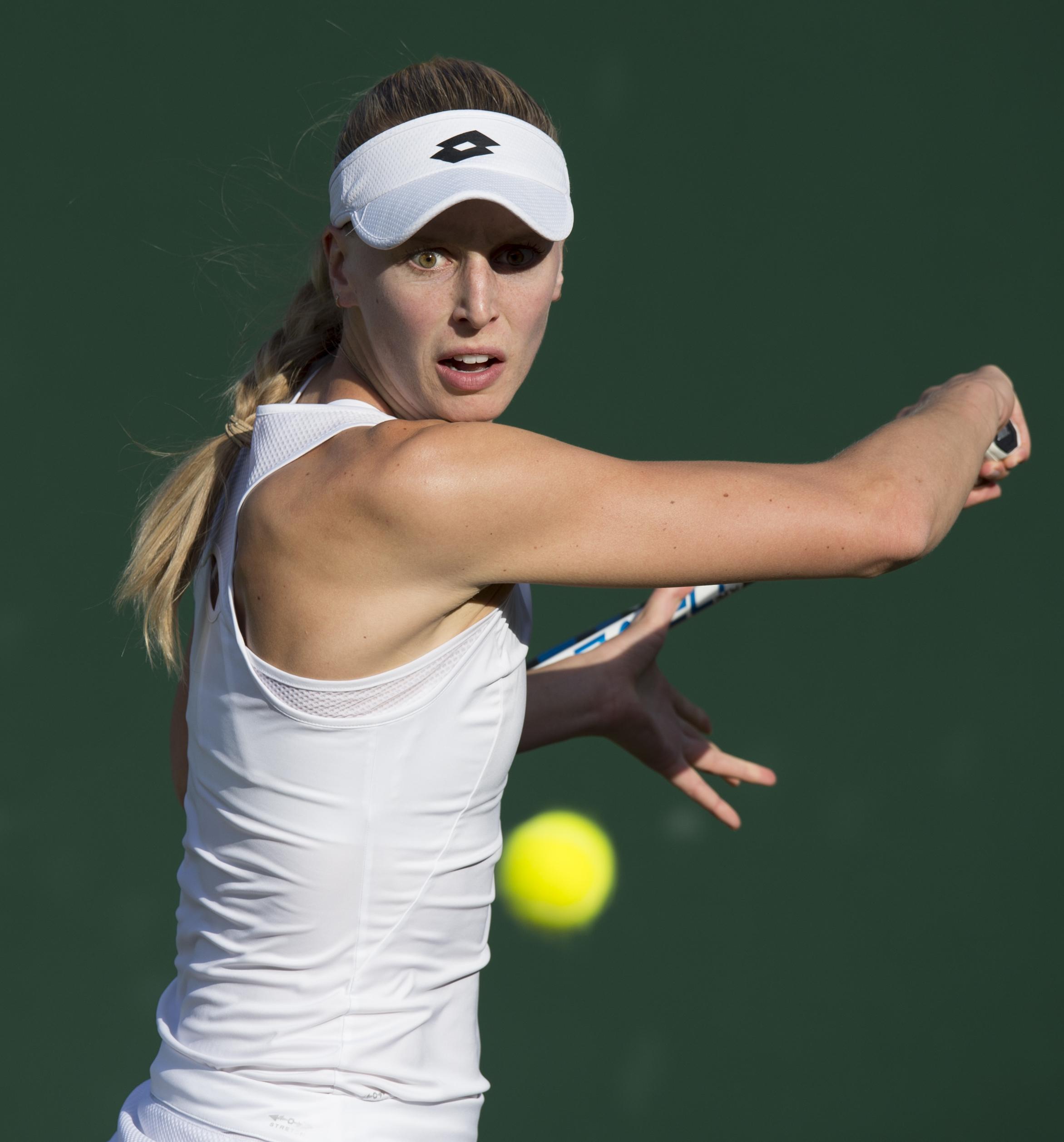 Raunchy photos on social media showing a mini-skirted Naomi at the age of 17 draped on a condom machine, caused a scandal in the prim tennis world.

The pics even led to the sport’s UK governing body, the Lawn Tennis Association, suspending the girl from Stockport, Greater Manchester for “unprofessional behaviour” and a “lack of discipline”. 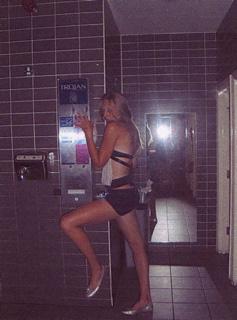 Since then, wild card Naomi, now 28, has refused to play for the national team – while her younger brother Liam, also a tennis pro, has taken LTA funding, causing a family rift. 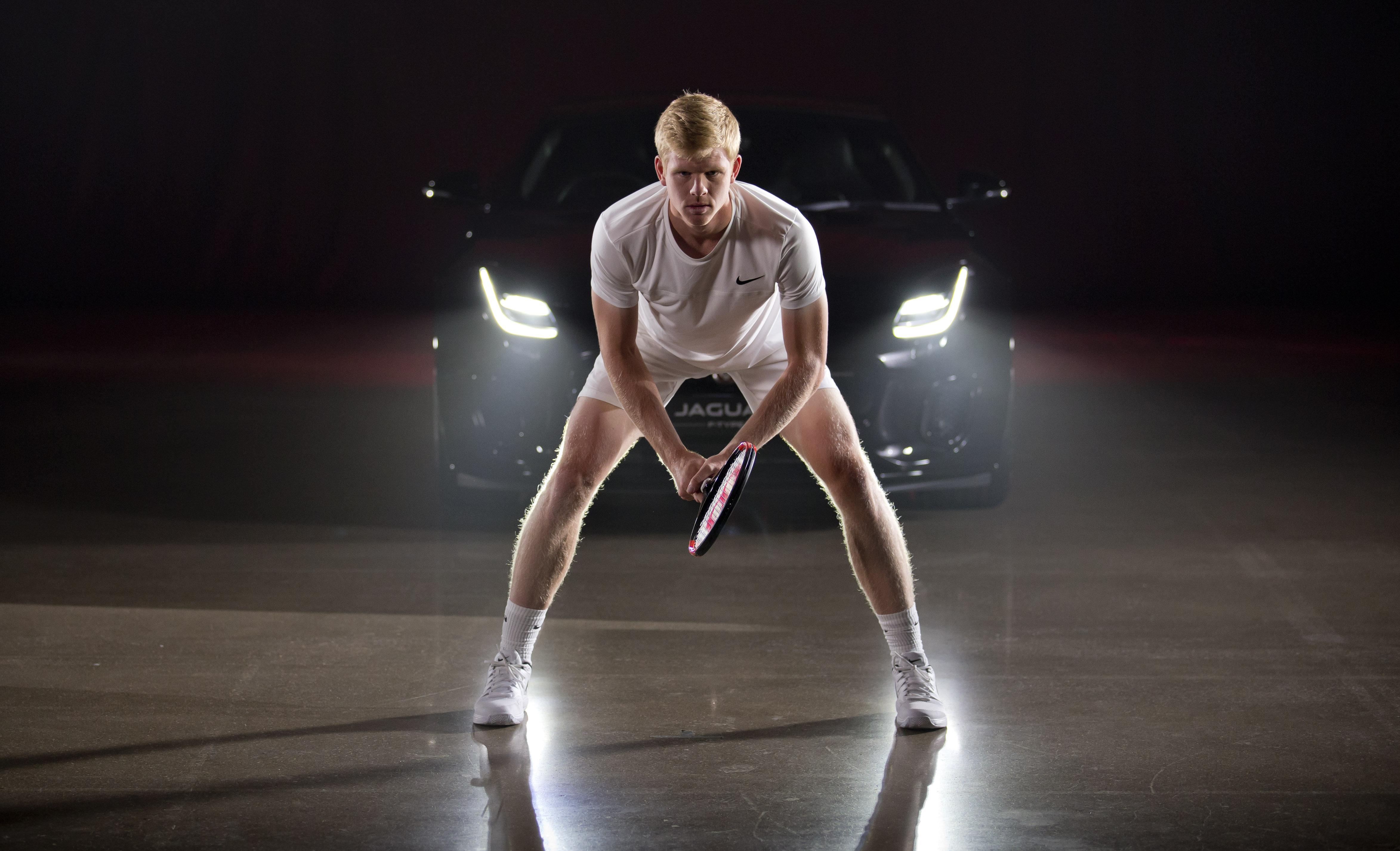 Another South African-born Brit, Kyle moved to North Yorks with his Welsh dad and South African mum when he was three.

As a schoolboy, sports-mad “Kedders” was a Liverpool fan, and had the faces of soccer heroes Michael Owen and Emile Heskey on his bedding.

But he was also big on cricket, so much so that his school moved the pitch away from buildings after he smashed the ball through the staffroom window.

He said: “Mum just wanted me to do something because I was probably annoying her.” 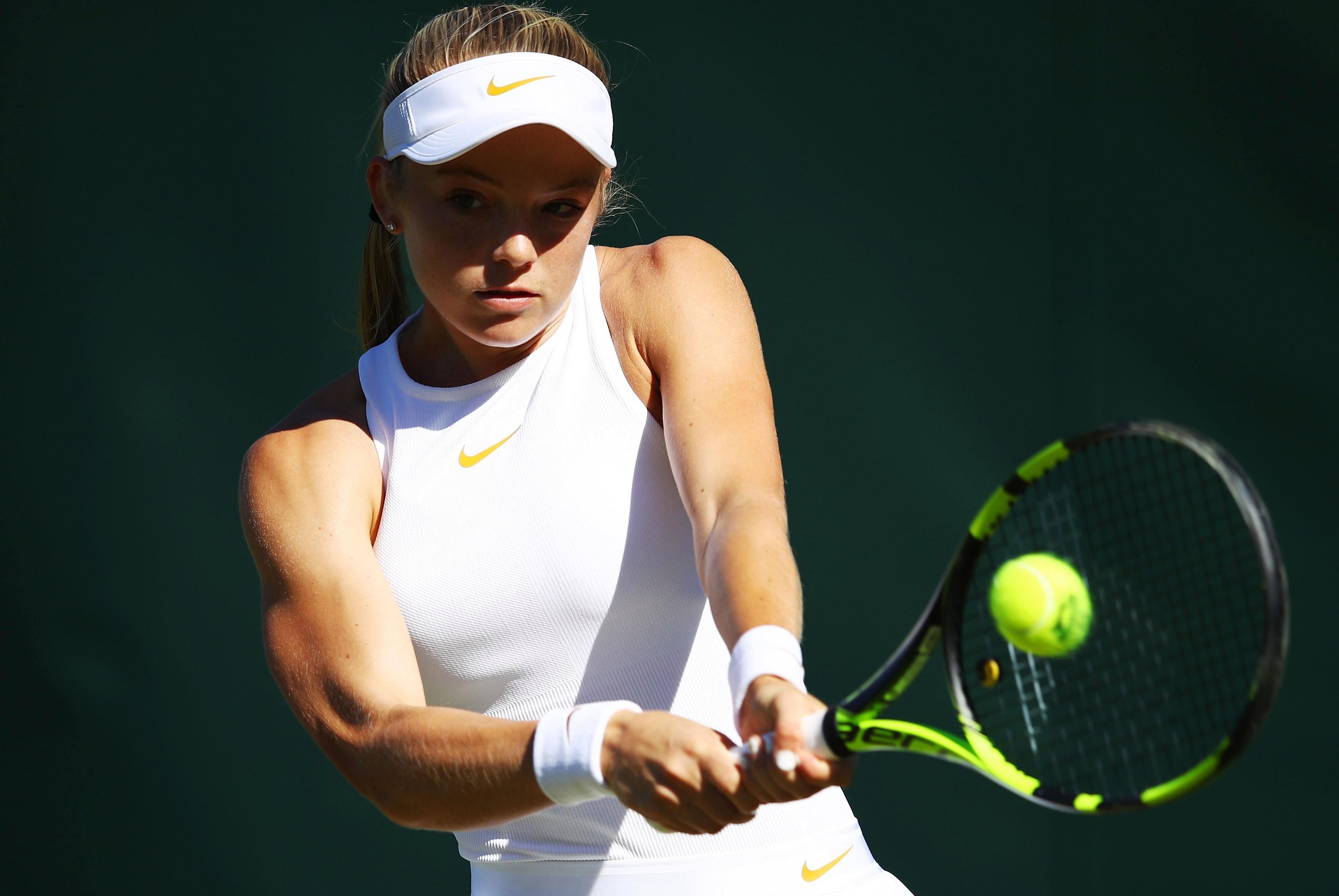 At 19, the youngest Brit in the singles draw is signed to Andy Murray’s management agency – but she reveals tennis was not their first topic of conversation.

She says: “When I’ve spoken to him, we haven’t actually spent much time talking about tennis, more other stuff – like Love Island.”

Wild card Katie, from Bristol, first met her mentor ten years ago and says: “It’s a dream come true for me. It’s really cool when I think about it.”

The teen tennis hopeful, who is now living in Wichita, Kansas, has made a good start, winning yesterday’s first-round match against Irina- Camelia Begu of Romania, 6-2 6-2. 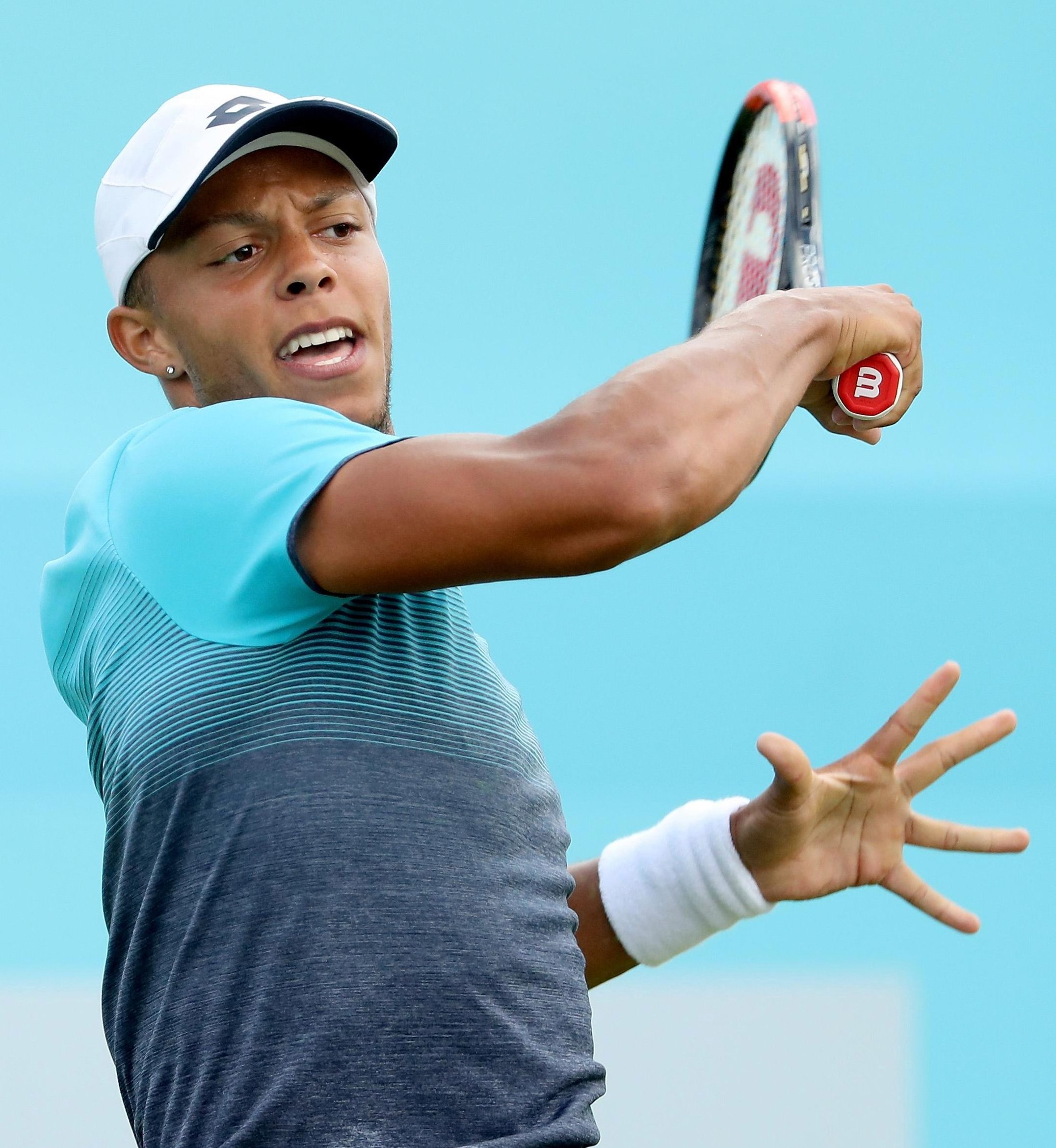 Jay is hoping the “Clarke clique” will help his tennis career to click into gear at ­Wimbledon.

The 19-year-old from Derby is coached by his family – dad Errol and pro tennis siblings Curtis and Yasmin.

Family is clearly important to the wild card. Two years ago he spent Christmas Day in a Hong Kong McDonald’s trying to FaceTime his family.

Jay regularly receives racist abuse and admitted he has even come to expect it after losing a match, receiving vile messages from gamblers who have lost money on him.

He said. “It’s not really a surprise any more. It’s more of a surprise when I don’t get it.” 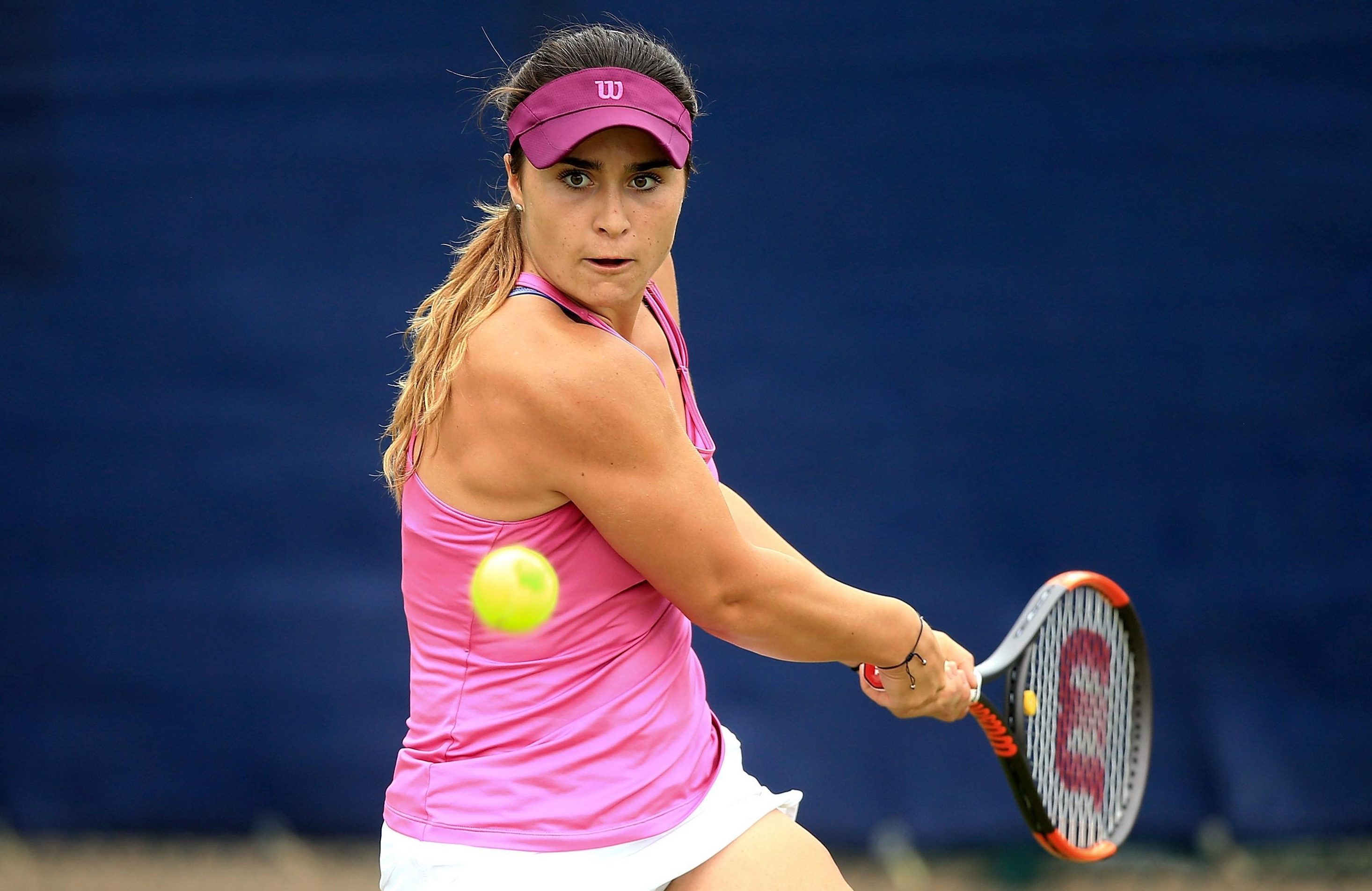 Gabriella was at the centre of a “poison plot” at Wimbledon two years ago.

The 20-year-old from Southampton pulled out of her Girls’ singles’ quarter-final with a mystery illness and hours later was fighting for her life in intensive care.

Gabi was diagnosed with a rare form of leptospirosis, or Weil’s disease, which is spread through rat urine and can cause fatal organ failure.

Her parents claimed she had been poisoned and while cops investigated the claims, no charges were ever brought.

Two years on Gabi, who is a wild card entry, claims the experience has not affected her. 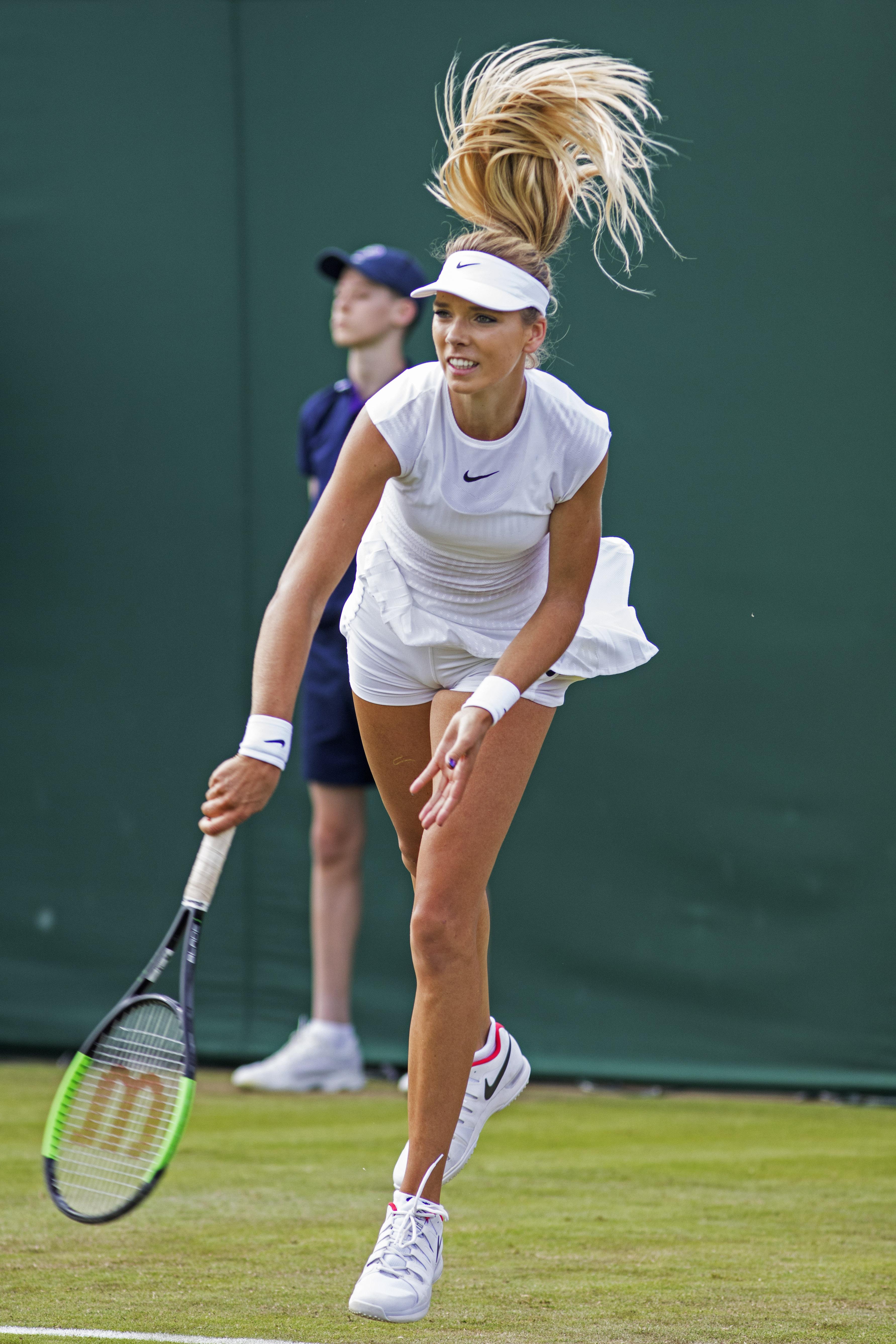 Katie's grandad Brian Gartshore is an inventor who came up with the anti-theft clothing device used in stores the world over.

He watched the 21-year-old crash out of the second round last year, but her efforts were not in vain, gaining her another wild card spot this year.

Katie, from Leicester, was forced to take a year off in 2015 after fatigue threatened to end her career before it had even got going.

But since returning to the courts she has climbed more than 900 places in the world rankings.

The keen pianist and Nike poster girl admits she has no time for a boyfriend – it’s all about the tennis.

And we still have one Muzza to support 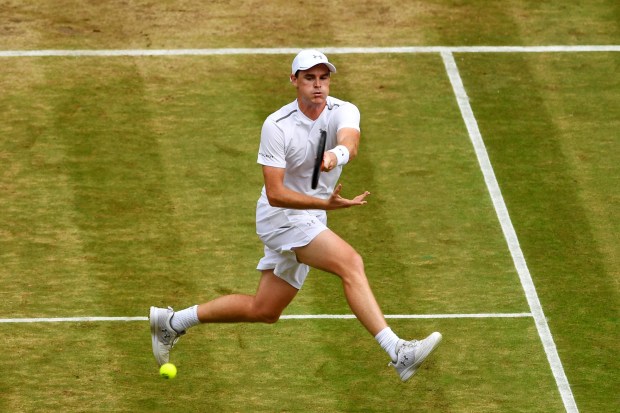 DOUBLES specialist Jamie is the Murray to cheer this year.

The 32-year-old and his on-court partner, Brazilian Bruno Soares, are seeded No5.

The pair have tasted success at other Grand Slams but not Wimbledon – so let’s hope Andy’s big bro can keep the Murray flag flying at SW19.

Like Andy, Jamie admits he is not the bubbliest man in tennis.

When he topped the doubles rankings a couple of years ago, he declared he wasn’t “jumping for joy”.

When he married Colombian sweetheart Alejandra in 2010, he tweeted: “Love is a game that two can play and both win.