The sport’s most colourful and outspoken character saw off fellow Aussie Jordan Thompson in a bizarre first round tie which went to five sets. 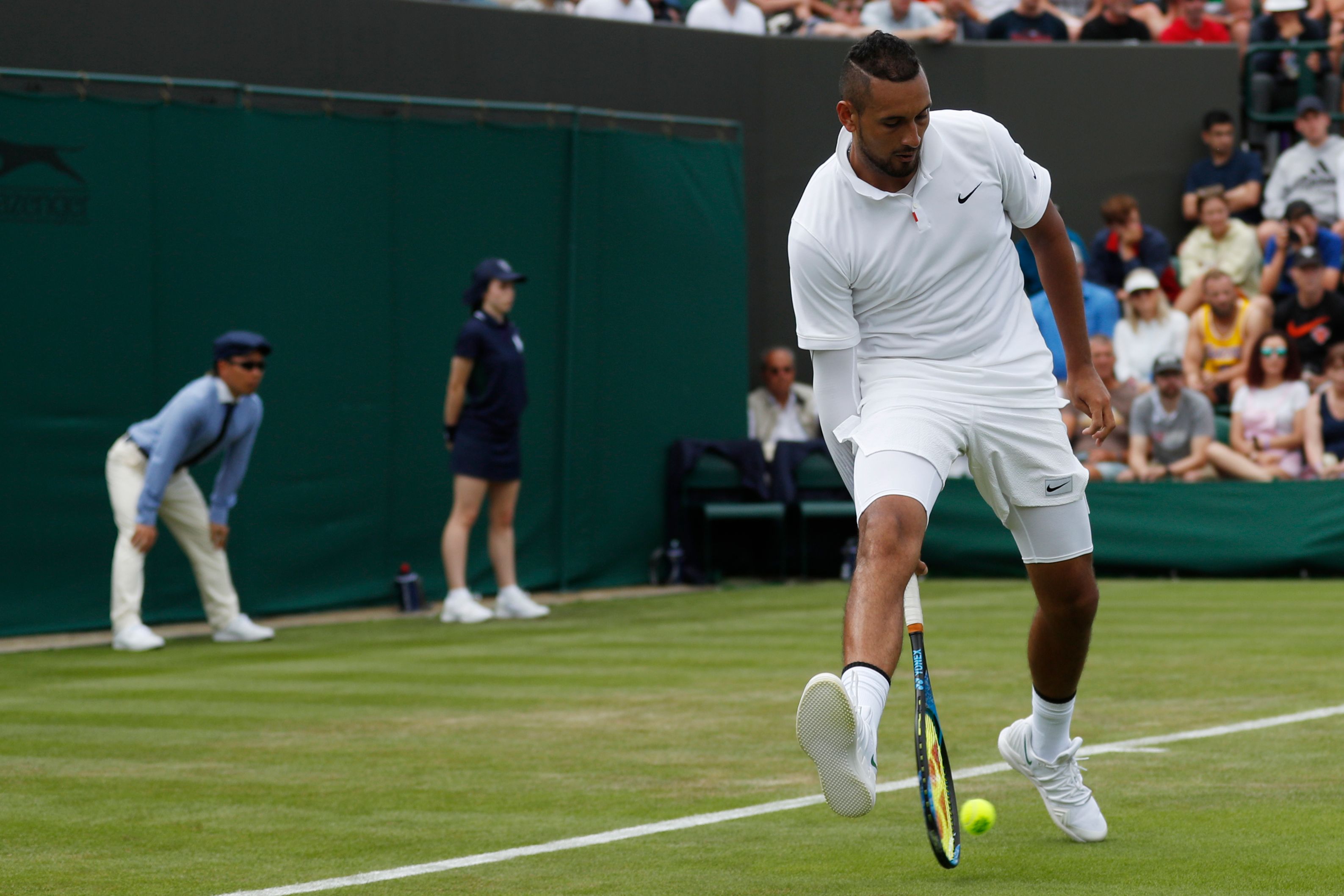 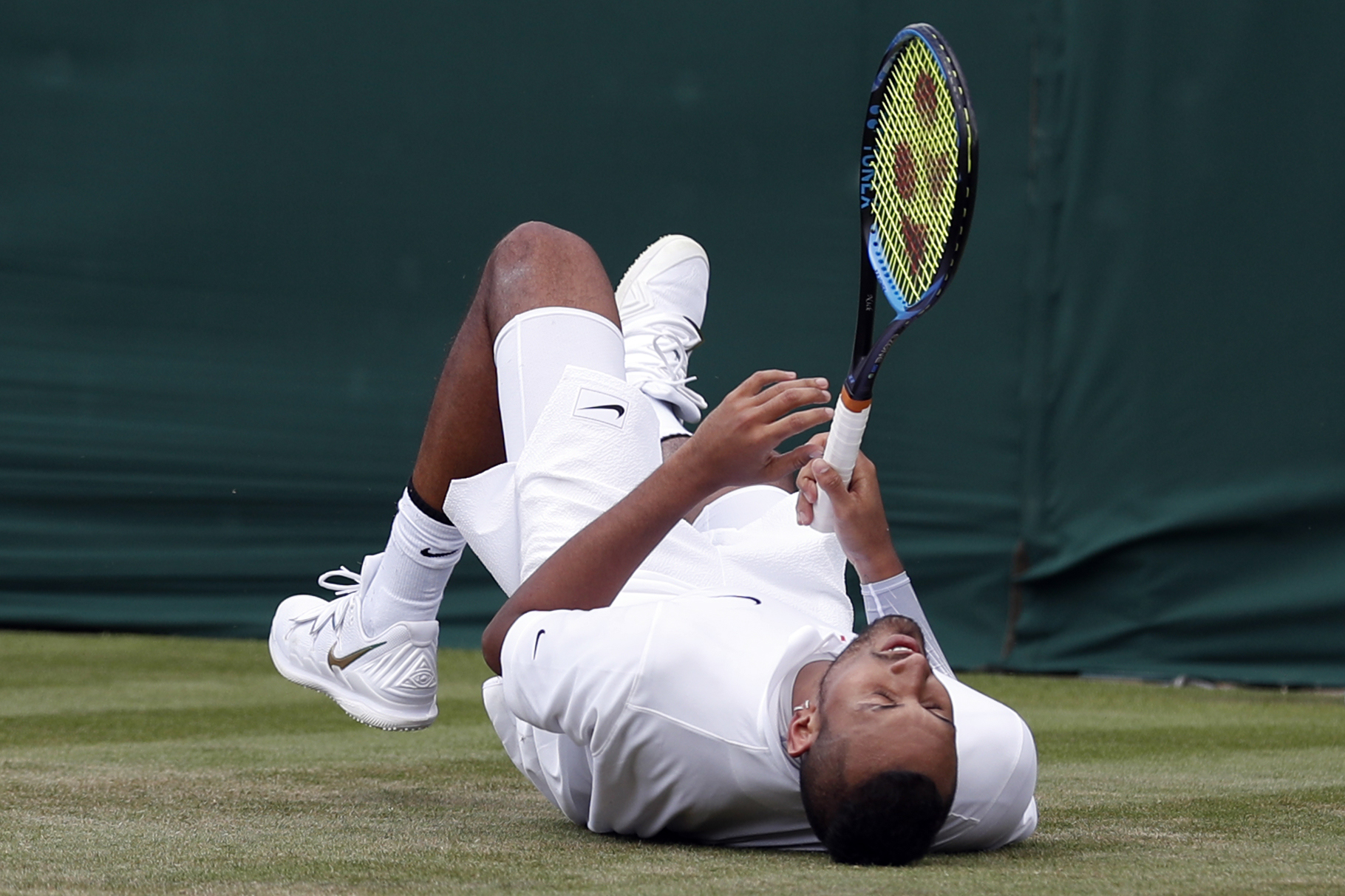 Kyrgios has certainly delivered crazier performances but he still served under-arm at a crucial moment, needed a medical time-out, fell apart in the fourth set and constantly moaned at himself before winning 7-6 3-6 7-6 0-6 6-1 in three-and-a-half hours.

The world No43 now plays the winner of today’s Rafa Nadal vs Yuichi Sugita match.

Kyrgios edged the opening set via a tie-break but then took a medical time-out for back and leg issues after losing the second set 6-3.

He lost the point – and then the game – before taking the third 12-10 in the tie-break.

Typically for Kyrgios, then then reminded us of his strange temperament and appeared to lose interest in the fourth set and played diabolically to lose 6-0 in just 18 minutes.

Thompson, 25, ranked one place lower than Kyrgios, had lost all of his three previous singles matches here and failed to take advantage of this wobble and crumbled in the fifth set.

Ahead of Wimbledon, Kyrgios lobbed a grenade at Nadal.

“Every time I’ve beaten him… when he wins, it’s fine. He won’t say anything bad, he’ll credit the opponent, ‘He was a great player’.

“But as soon as I beat him, it’s just like, ‘He has no respect for me, my fans and no respect to the game’.

“And I’m like, ‘What are you talking about? I literally played this way when I beat you the other previous times and nothing changed… 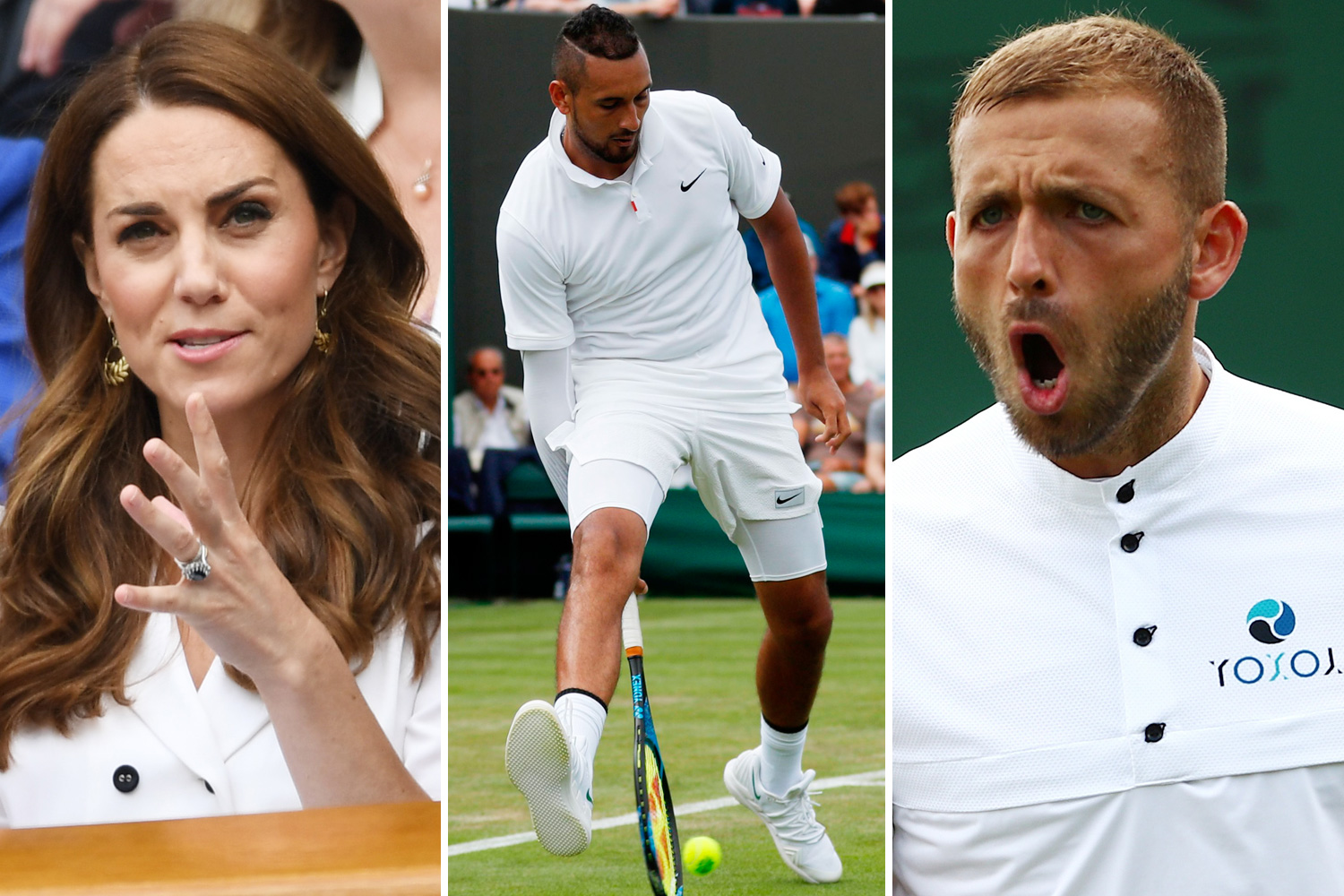 KONTA'S CRUSH Who is Jackson Wade? All you need to know about Johanna Konta's boyfriend 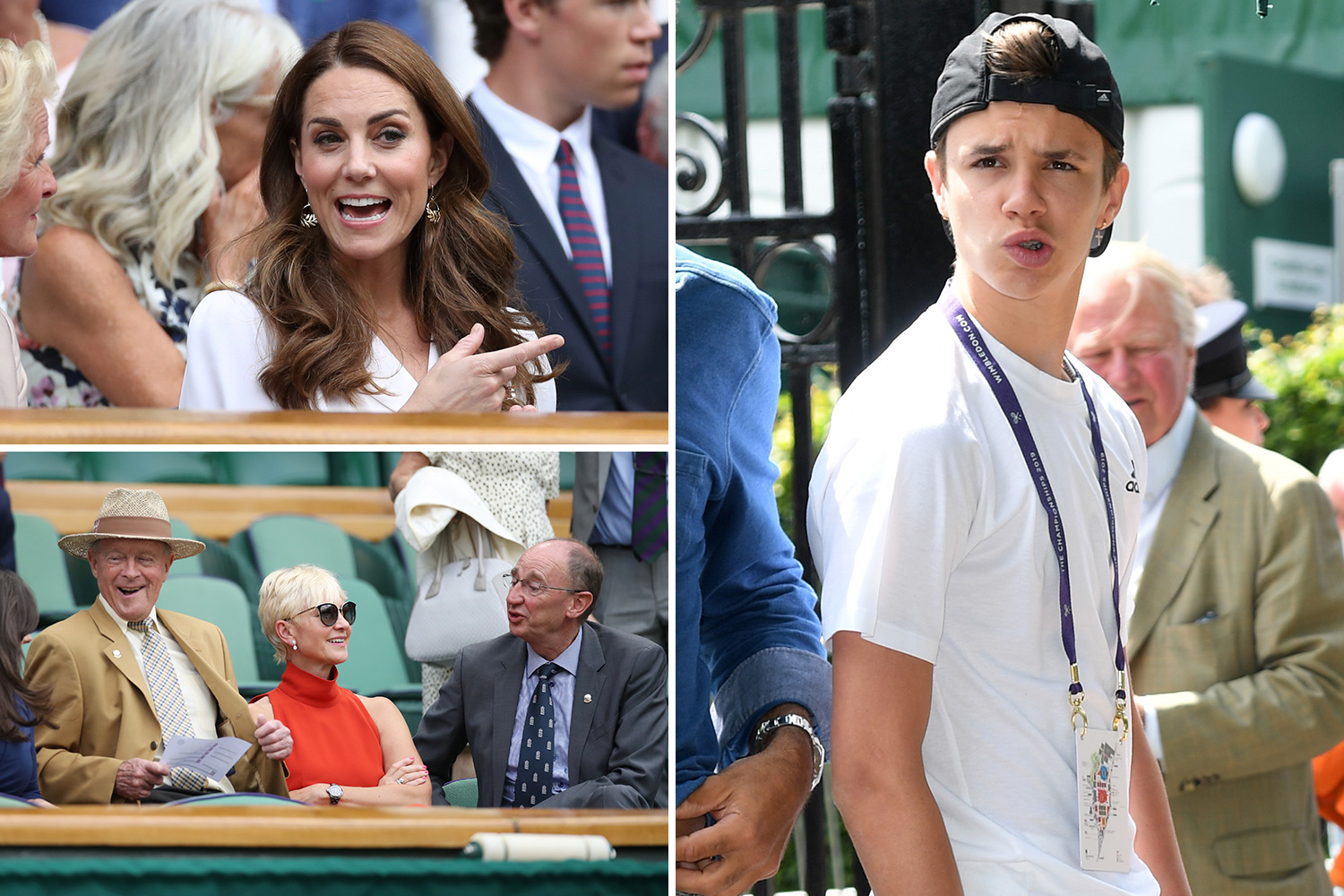 "When you beat me in Rome here a couple of years ago, nothing changed; I was the same person’.

“It’s not a good look for you, I feel. And then Uncle Toni (Nadal) came out saying, ‘He lacks education’.

"I’m like, ‘Bro, I did 12 years at school, you idiot. I’m very educated. I understand that you’re upset I beat your family again’.” 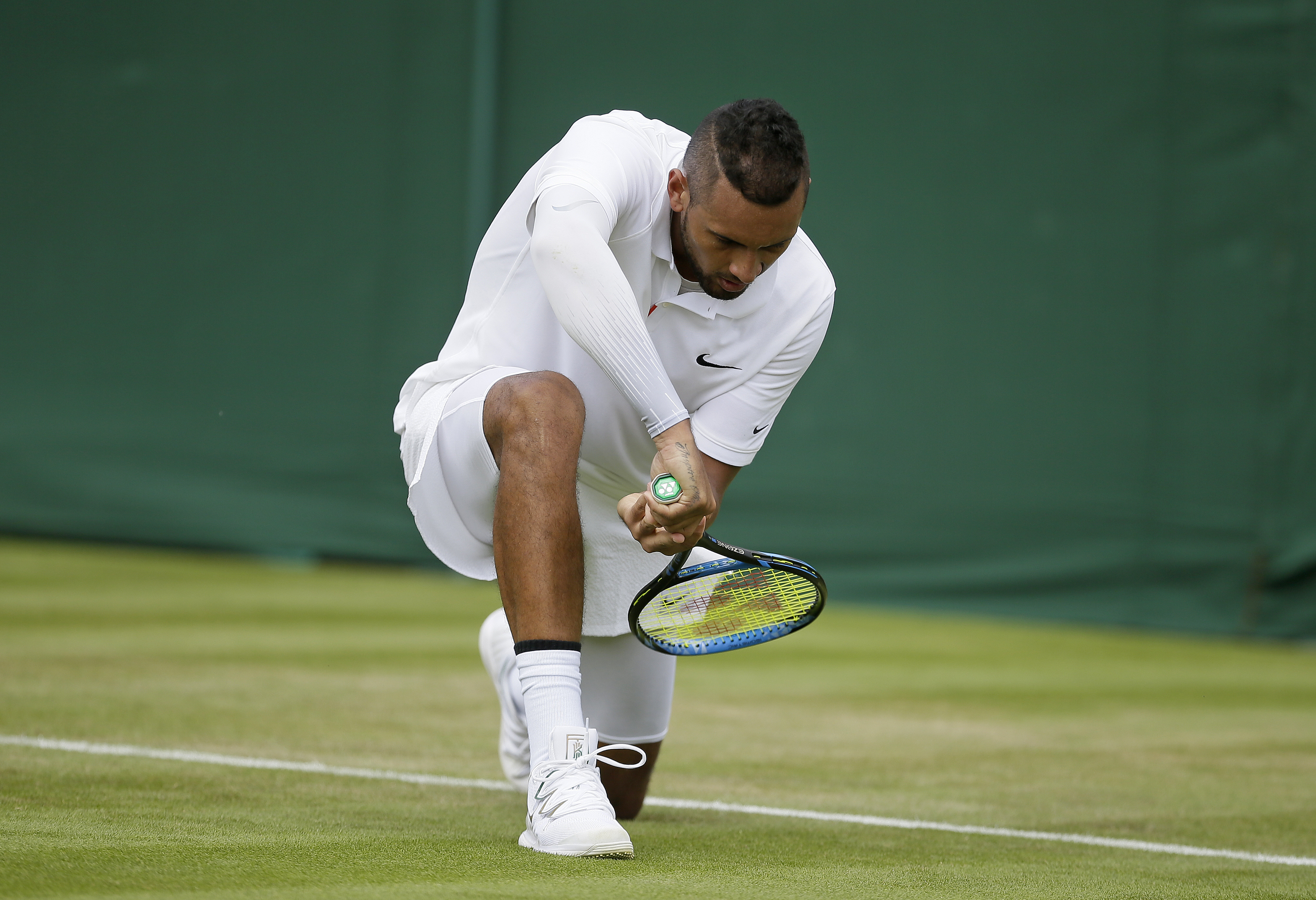 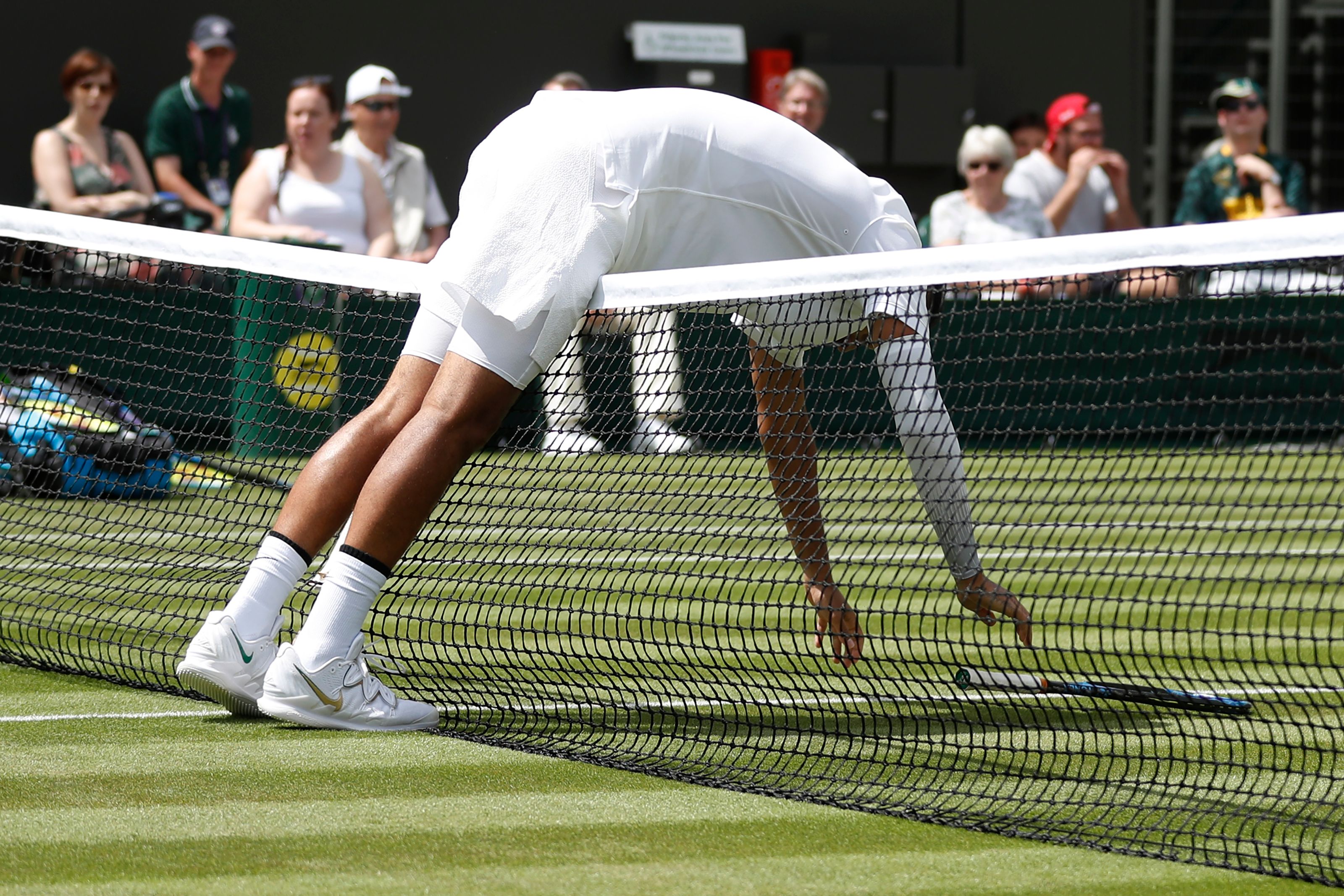