Rarely have the words "hey up the Rams" been belted out louder over the past 22 years. If Ash Barnes has his way, they'll only have to wait two weeks to better it again.

Barnes' Woden Valley Rams booked their place in the Canberra Raiders Cup grand final with a stirring 24-16 win over the Tuggeranong Bushrangers in the major semi-final at Greenway Oval on Sunday. 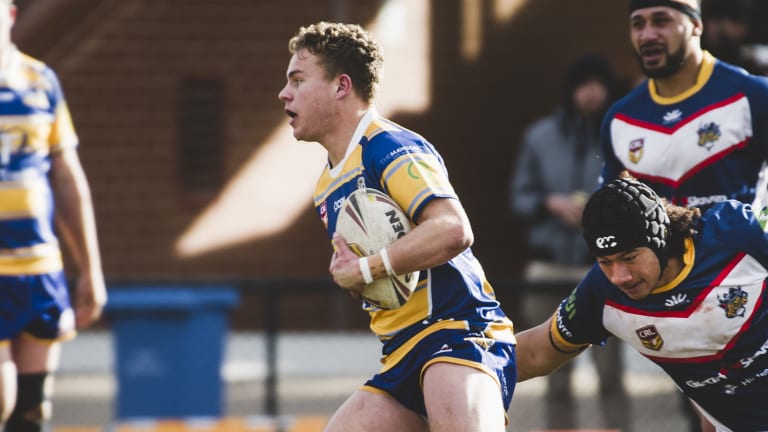 Woden hadn't even featured in a finals series since 2009, with their last of two first grade titles coming 22 years ago. They are now 80 minutes away from ending the drought.

"It’s been a long time between drinks for Woden Rams to play in a grand final and win it, our last one was in 1996," Barnes said.

"We sang our song and in the sheds we all got together as a group and talked about needing to refocus into the grand final, recover this week and get our bodies right. Hopefully we put our best foot forward on grand final day in two weeks.

"It was a sense of relief, it has been a long time coming for our club, and to do it with a team that the majority has come through our juniors and our under 18s, and most of the rest have been here for four, five, six years, it’s really pleasing to do it with such a great bunch that have worked really hard for it.

"Now they’re experienced first-graders, they’re not boys anymore, they’re men. They really believe in themselves and the team which is great.

"All those years of being close but not being able to finish it off has put us in a position now where we can believe in ourselves. Even in a game like today, that’s probably one that we lose in the past.

"To be able to hang tough even when we weren’t playing well and things were going against us and to be able to turn it around in the second half is just a credit to the mentality of these players and their attitude that they’ve got."

Tuggeranong's best effort in first grade is a lone grand final appearance in 2007 since the Bushrangers were formed 15 years ago, and now they will have to face West Belconnen this week to return to the biggest stage.

Who wins? Barnes has no idea. He thinks the trophy is anyone's for the taking. 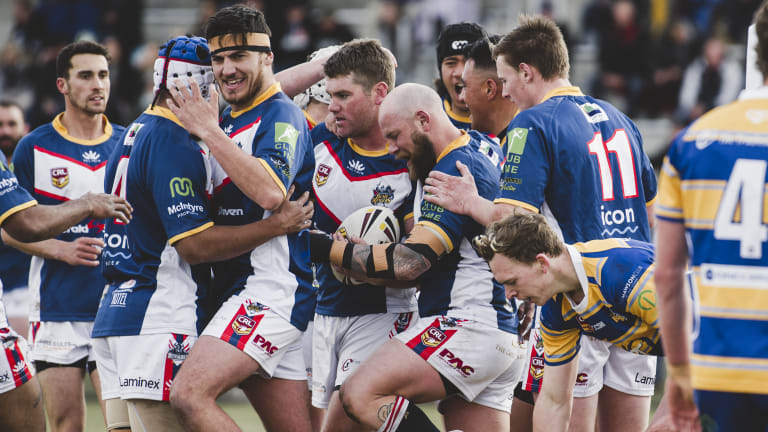 For some time a Tuggeranong grand final appearance looked a mere formality.

The Bushrangers had a 16-point buffer in the blink of an eye, with Woden completing at little more than 30 per cent for the first 30 minutes to compound being on the wrong end of a lopsided penalty count.

But then the Rams began to show signs of life.

First came Daine Spencer's long-range try, then Sean Maloney's freakish grounding after the half-time siren to slice the margin to four in a flattering scoreline to say the least.

Then it was Jeff Morgan and barnstorming prop Ron Leapai adding their names to the scoresheet. They suddenly had an eight-point lead many would have thought impossible after the opening 30 minutes.

That's the way it stayed to leave the Bushrangers preparing for a sudden-death showdown without Michael Brophy (rib injury), with Brent Neil set to be monitored for a concussion, while five-eighth Blake Murray was ruled out before kick-off.

"To be honest we haven’t really been in too many tight games, so today was a good lesson," Tuggeranong coach Justin Giteau said.

"It was a bad way to learn a lesson but it’s experience, knowing how to deal with those situations when you’re in tight games and you don’t know what to do.

"It’s a lesson and hopefully we’ll be better for it next week and we’ll be out there to do our best against Westies.

"Hopefully we see them again in two weeks."