Wolves had only conceded one goal in their last seven games in all competitions – but like buses, when one arrived another quickly followed! 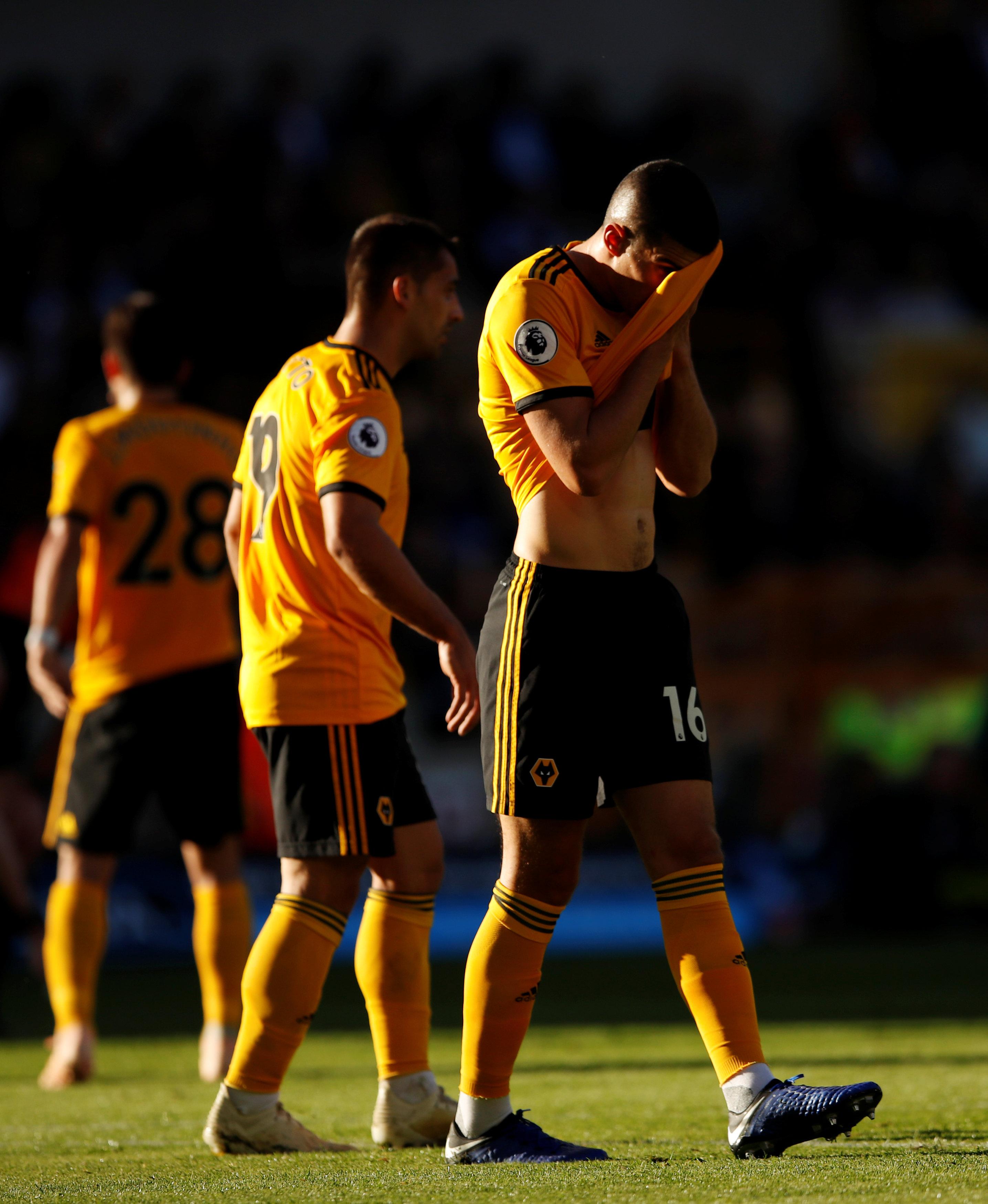 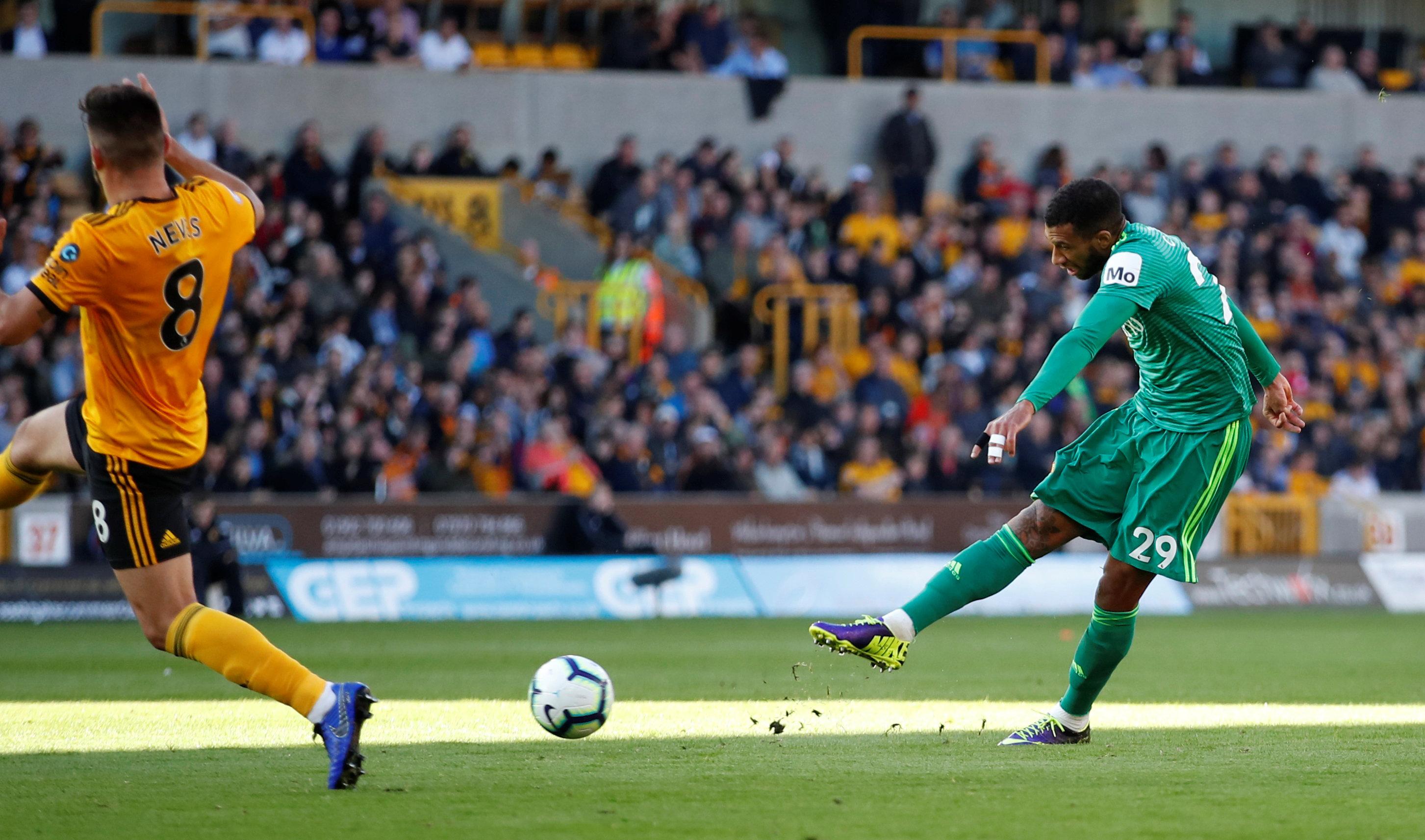 It was a spectacular way for the Hornets to end their recent five-game run without a victory – especially as it clocked up their 50th Premier League win of all time.

It had all been going so well for high-flying Wolves which made their first half collapse so much more unexpected – and baffling.

Watford must have been stewing for the last fortnight following their 4-0 home drubbing at the hands of Bournemouth because Javi Gracia’s side came out with a can-do attitude which rattled the home side. 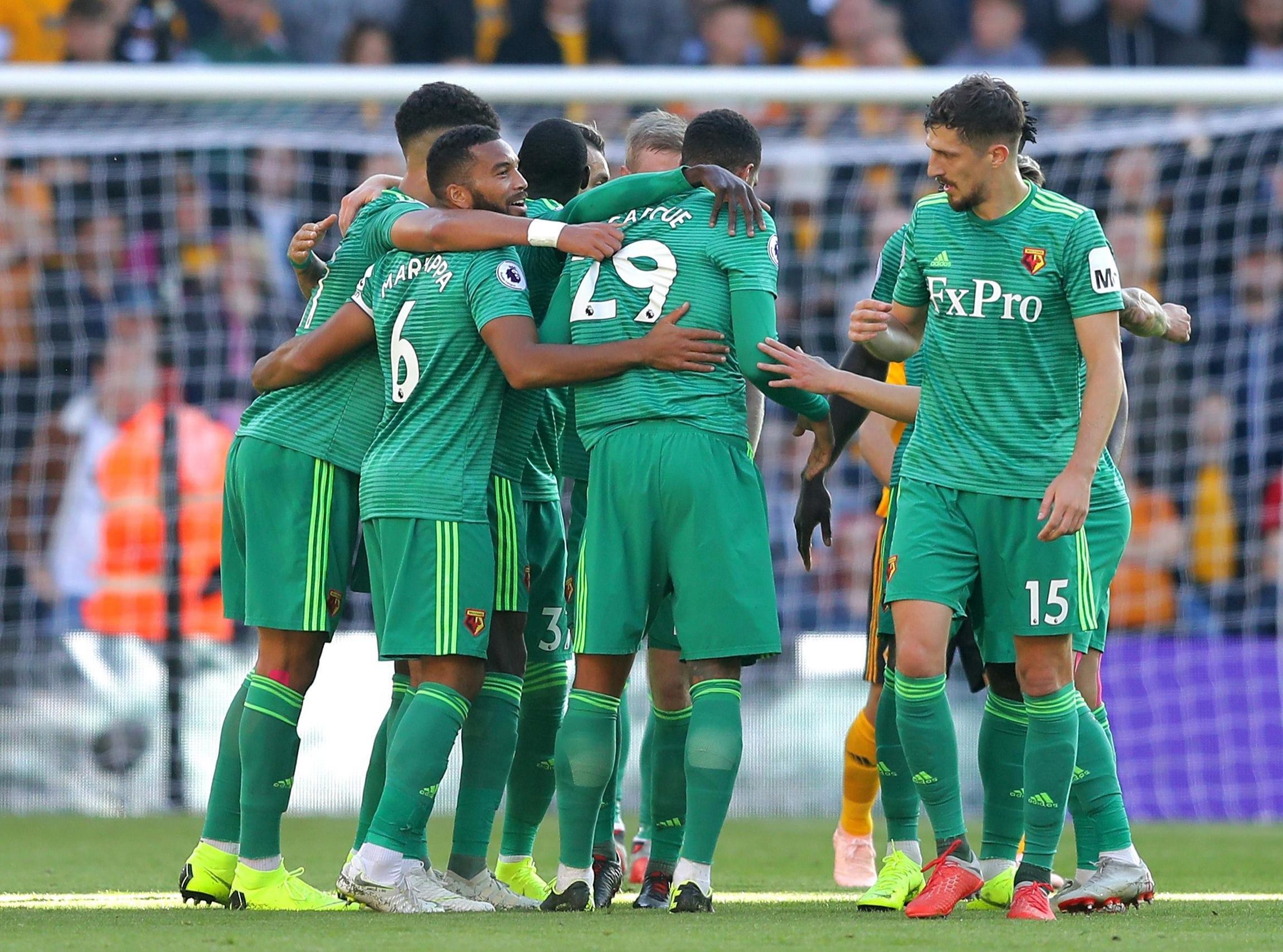 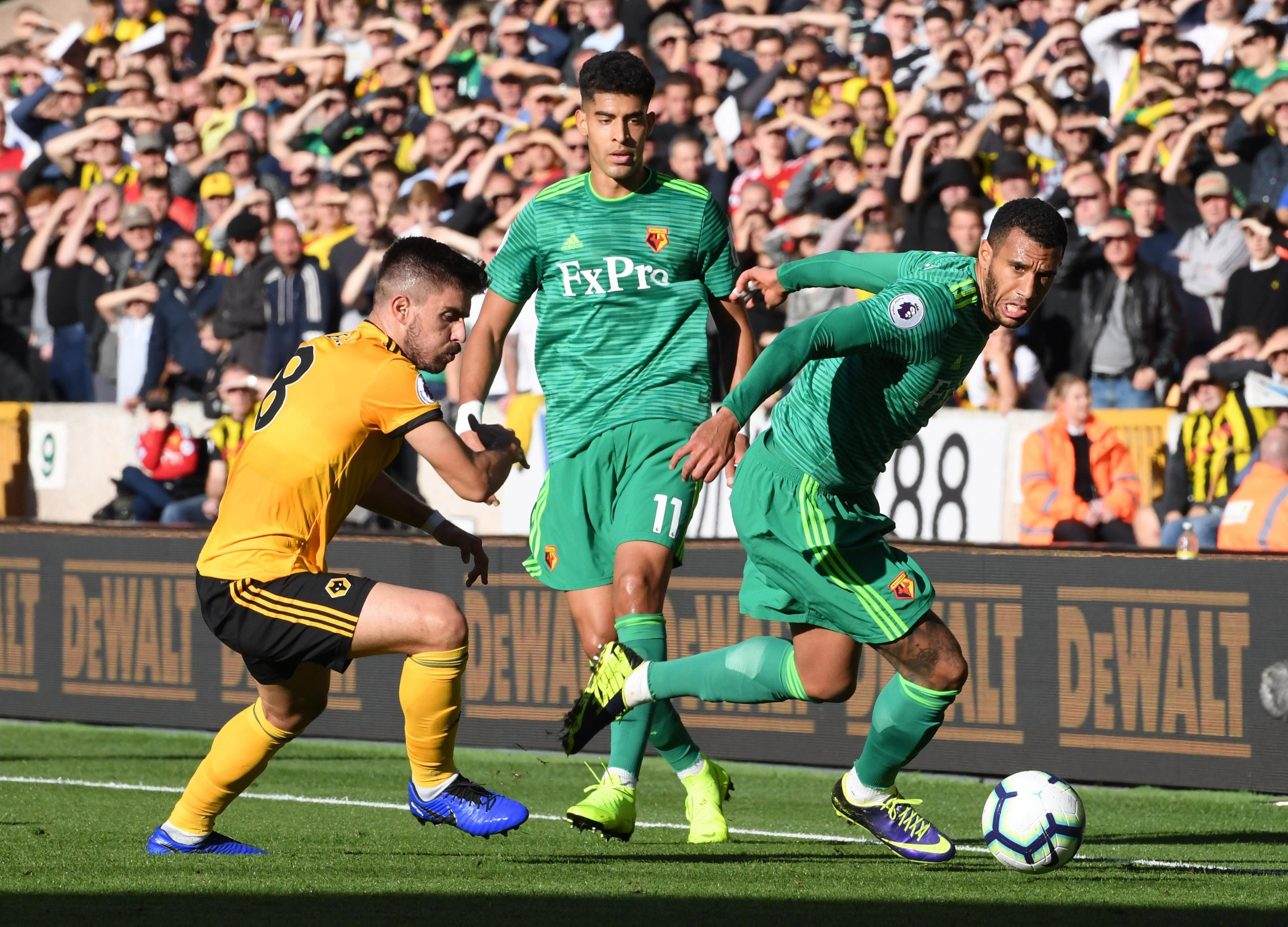 But Wolves only had themselves to blame as they pushed the self-destruct button with their worst performance of the season.

The game turned Watford’s way in spectacular fashion as they blew Nuno’s boys away in a blistering 58-second burst which brought them two spectacular goals.

The Hornets managed to score with their first attack of the game as they stung Wolves with a quickly-taken free-kick.

Gerard Deulofeu burst clear of Moutinho whose lunging tackle was pounced on by Hughes. He found Roberto Pereyra who laid off to Abdoulaye Doucoure and the ball was set up invitingly for Capoue.

His thunderous shot from 35 yards flew through Conor Coady’s legs – totally unsighting Wolves keeper Rui Patricio who never moved a muscle as the ball ripped into the net behind him.

Because Watford’s second, a mere 58 seconds later came straight from Wolves’ own kick-off!

Raul Jiminez rolled the ball back and three casual passes later Moutinho failed to chip the ball over Isaac Success, who nodded the ball down to Deulofeu. 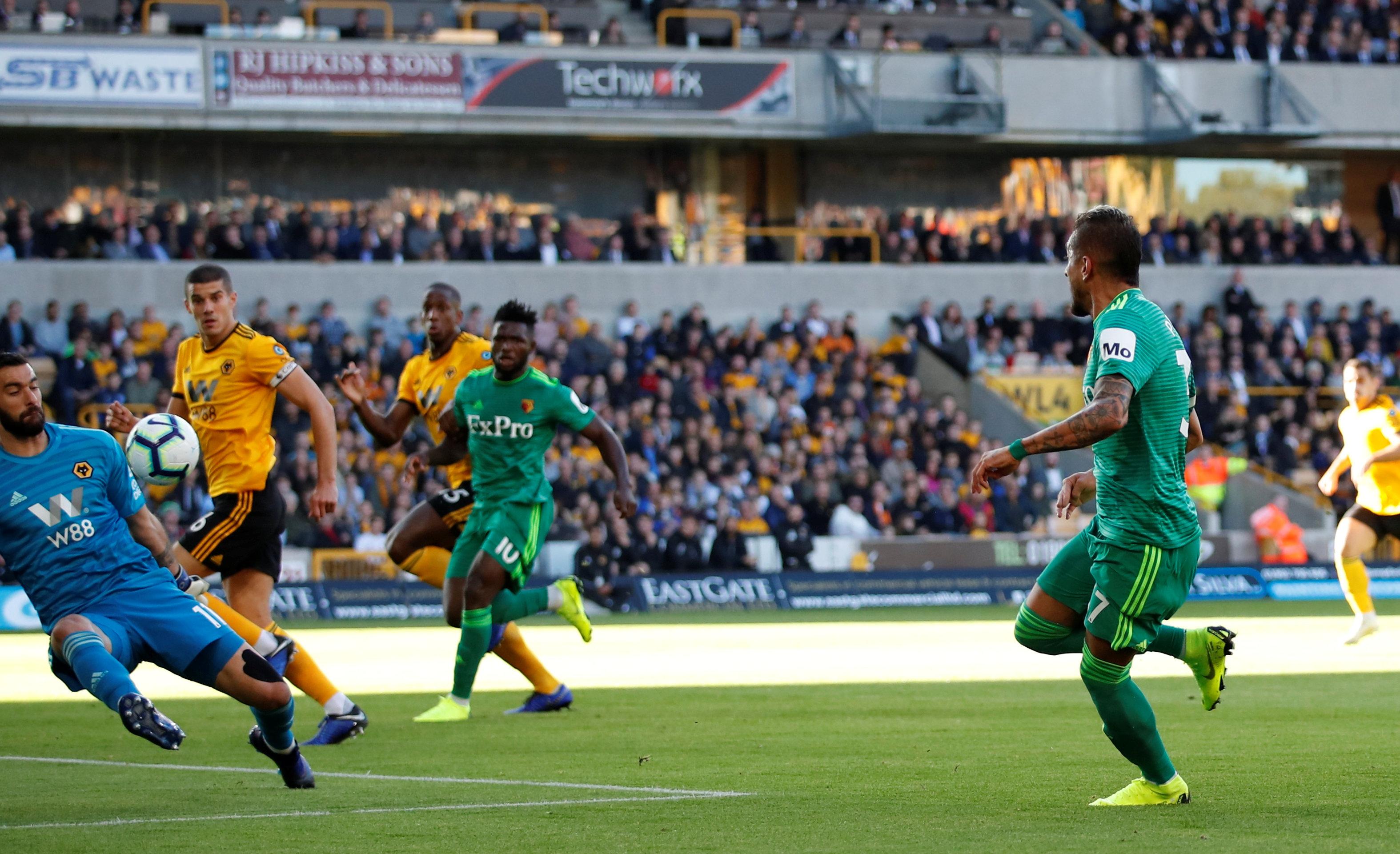 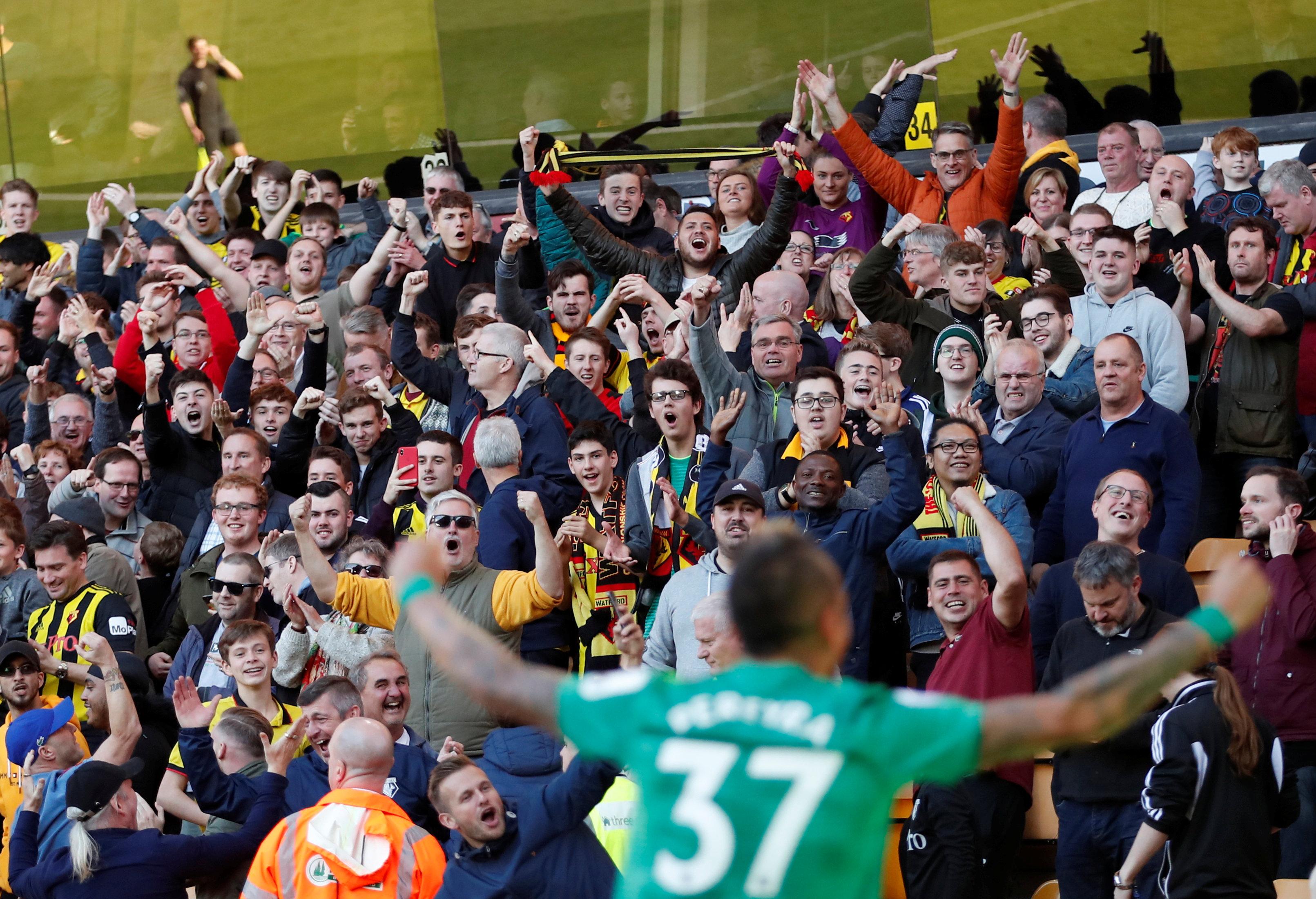 The former Everton and Barcelona forward fed Doucoure who slipped in Pereyra and the Argentine forward burst into the box and steered the ball into the roof of the net with a flick of his left boot.

Wolves were imploding and Willy Boly was millimetres away from gifting Watford a penalty when he chopped down Success a fraction outside his own box.

However they made it to half-time without further disaster and Nuno reshuffled during the break, bringing on Ruben Vinagre for Jonny Castro Otto at half-time.

Despite creating a string of chances, Wolves were just as sloppy in attack as they had been in defence and they could not get through Watford’s determined back line.

In fact it was Gracia’s men who came closest to adding another when Doucoure burst through, only to be denied by a last-gasp Neves challenge.

However Watford will celebrate a thoroughly-deserved three points.