WATFORD bit into an After Eight at Molineux – but boss Quique Flores found it left him with yet another bitter taste.

The Hornets were hoping to bounce back from last week’s eight goal mauling at Manchester City. 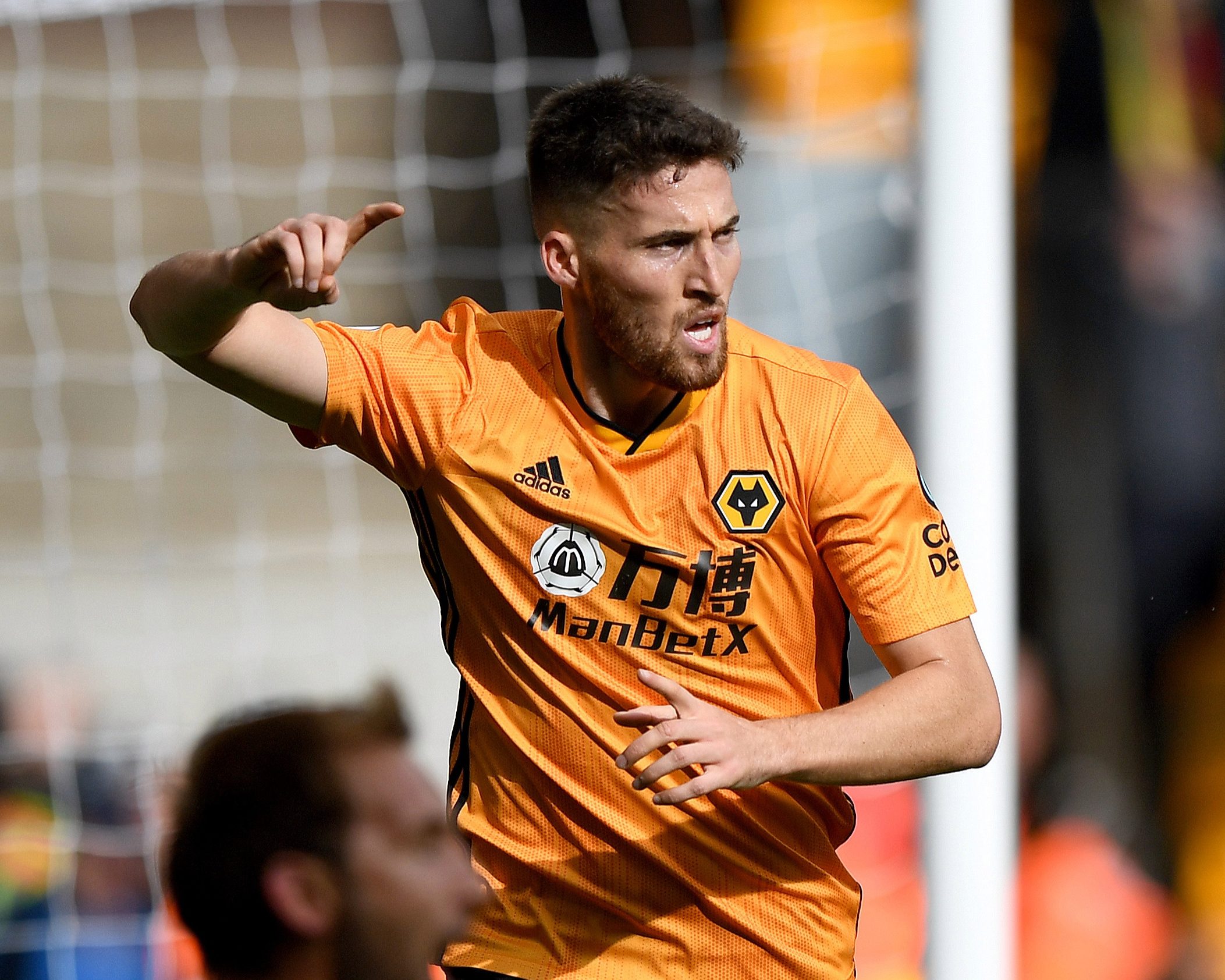 But if anything told the them nothing is going their way right now, Daryl Janmatt’s calamitous own goal on the hour said it all.

And in a game that was an early season six pointer for the Premier League bottom two sides, it was Wolves who collected their first victory this term.

Wide man Matt Doherty opened the scoring after 18 minutes before sending their lead through Janmaat just as Watford were showing signs of coming back into it.

The result left the Hornets rooted to the bottom and picking up the pieces of their worst start to a campaign in more than 12 years.

Flores’ third game in charge since taking for the second time three weeks ago leaves his side without a win in 12 league games.

But for Wolves this was a much-needed win after the rigours of a playing seven Europa League games so far.

Nuno Espirito Santo's side dispelled any talk that they were falling off the pace before October after last season’s seventh placed finish.

Watford had few answers to Wolves’ pacy football as the result lifted the Molineux men out of the bottom three.

There were moments when Flores’ men could have made a fight of it – but the left it until the second half to pick up the pace and Wolves were in command for long periods.

Perhaps Watford were still feeling the effects of the City defeat – but Flores looks to have a big job on his hands to this around after the feelgood factor of their comeback draw against Arsenal. 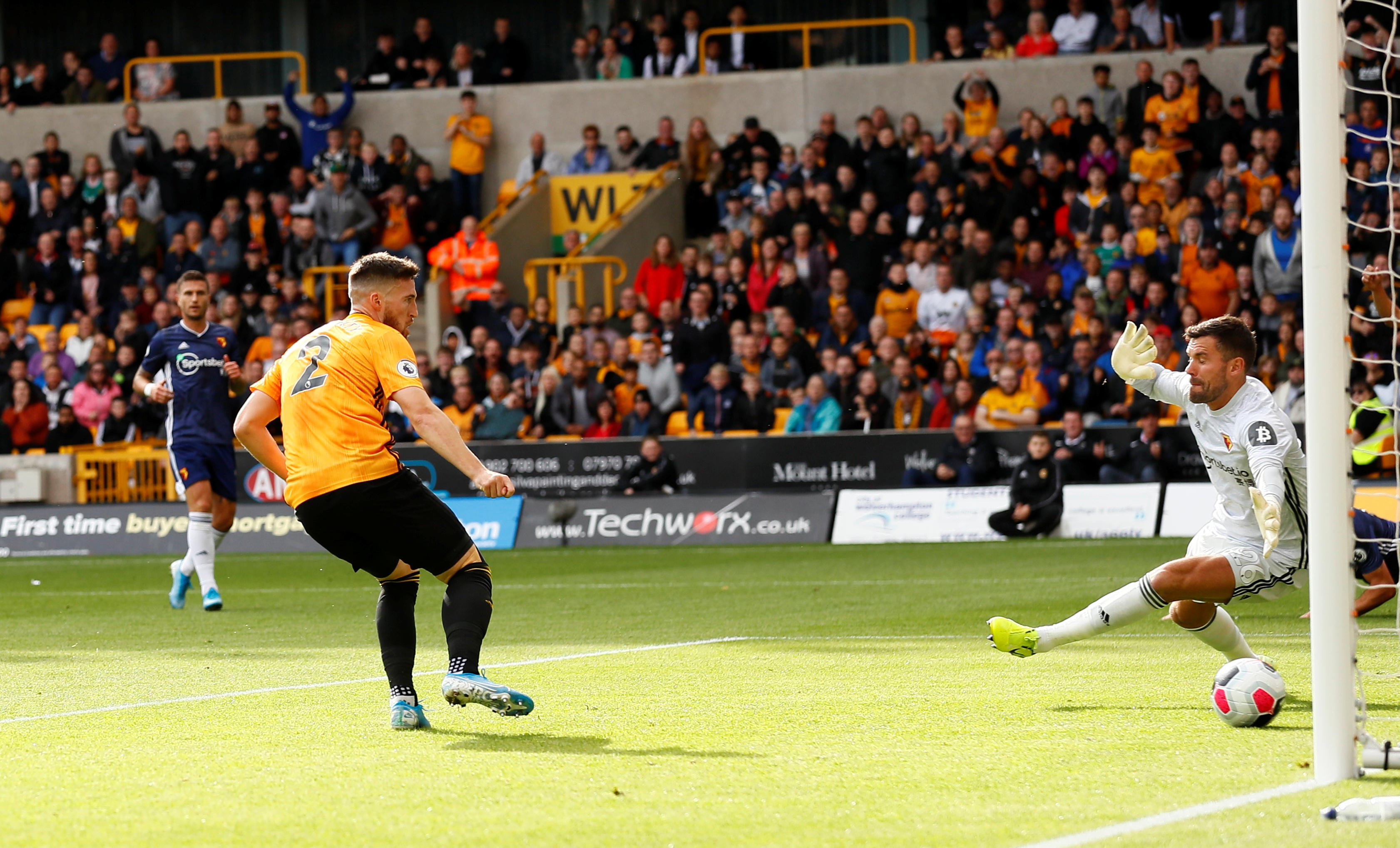 But, while they did not suffer an Eithad Stadium-style goal blitz, the Hornets found themselves under pressure yet again from the start.

A through ball from Wily Boly found Raul Jimenez who stayed onside and whipped a shot into the side netting.

That was an early warning for Watford who were stretched by another pinpoint pass – this time from Adama Traore – moments later.

It was an open start to the game and the recalled Janmatt floated in a ball which no-one was able to convert.

But 19-year-old ex-Lazio player Pedro Neto, making his first league start of the season for the injured Diogo Jota, was causing Watford problems early on.

And Wolves were rewarded for their quickfire start with a superbly worked goal after 18 minutes.

Wing back Jonny fed Neto on the left and his cross was met by Doherty to make the most of a static Hornets defence and open the scoring.

Doherty also opened the scoring against Watford in last season’s FA Cup semi-final at Wembley – on that occasion, the Hornets fought back to win. 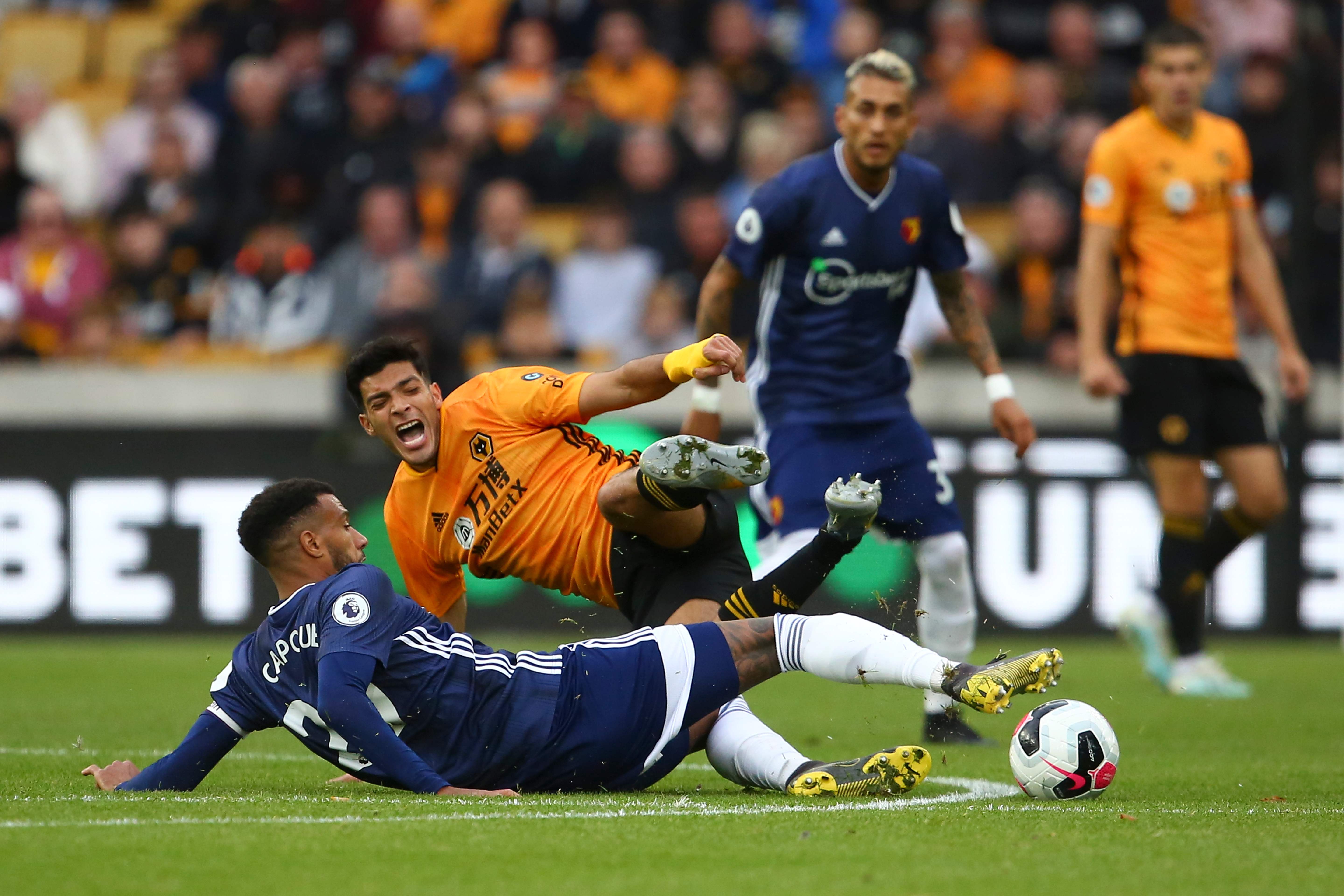 But Wolves were demanding a penalty 10 minutes before the break when Traore’s cross struck Jose Holebas’s arm even though he was pulling it away.

Ref Paul Tierney had already dismissed claims but VAR also checked it and did not change the decision.

Wolves had an injury scare when Roman Saiss went down injured and needed treatment for a cut.

It was a worrying moment as boss Nuno had seen two of his young players carried off on stretchers during Wednesday’s Carabao Cup tie with Reading.

But Saiss carried on only for Jimenez to go down after taking a jab to the back in a challenge with Craig Dawson – one of two ex-West Brom players in the Watford side.

The other was keeper Ben Foster who was given his more than his share of stick from the home supporters.

But at the other end, Wolves keeper Rui Patricio was forced to make a double save as Watford finally got an effort on target after 54 minutes.

Sub Roberto Pereyra’s cross was met by Holebas whose header was spilled by Patricio. But he recovered to keep out the second attempt.

It all went horribly wrong for Watford on the hour though as Wolves extended their lead thanks to an own goal that came from nowhere.

Doherty was involved again, but even he could not have predicted the outcome when he delivered a cross for sub Morgan Gibbs-White whose header was deflected into the net by the helpless Janmaat.

Welbeck tried to pull one back for Watford but Patrico produced a good a save to keep him out.

But Wolves wanted a third and Traore sent in a deep cross that Jonny stretched for but could only find the side netting.

Wolves fans made the most of the victory, taunting the Hornets keeper with chants of ‘Foster, what’s the score?’ which went ignored by the former England international. 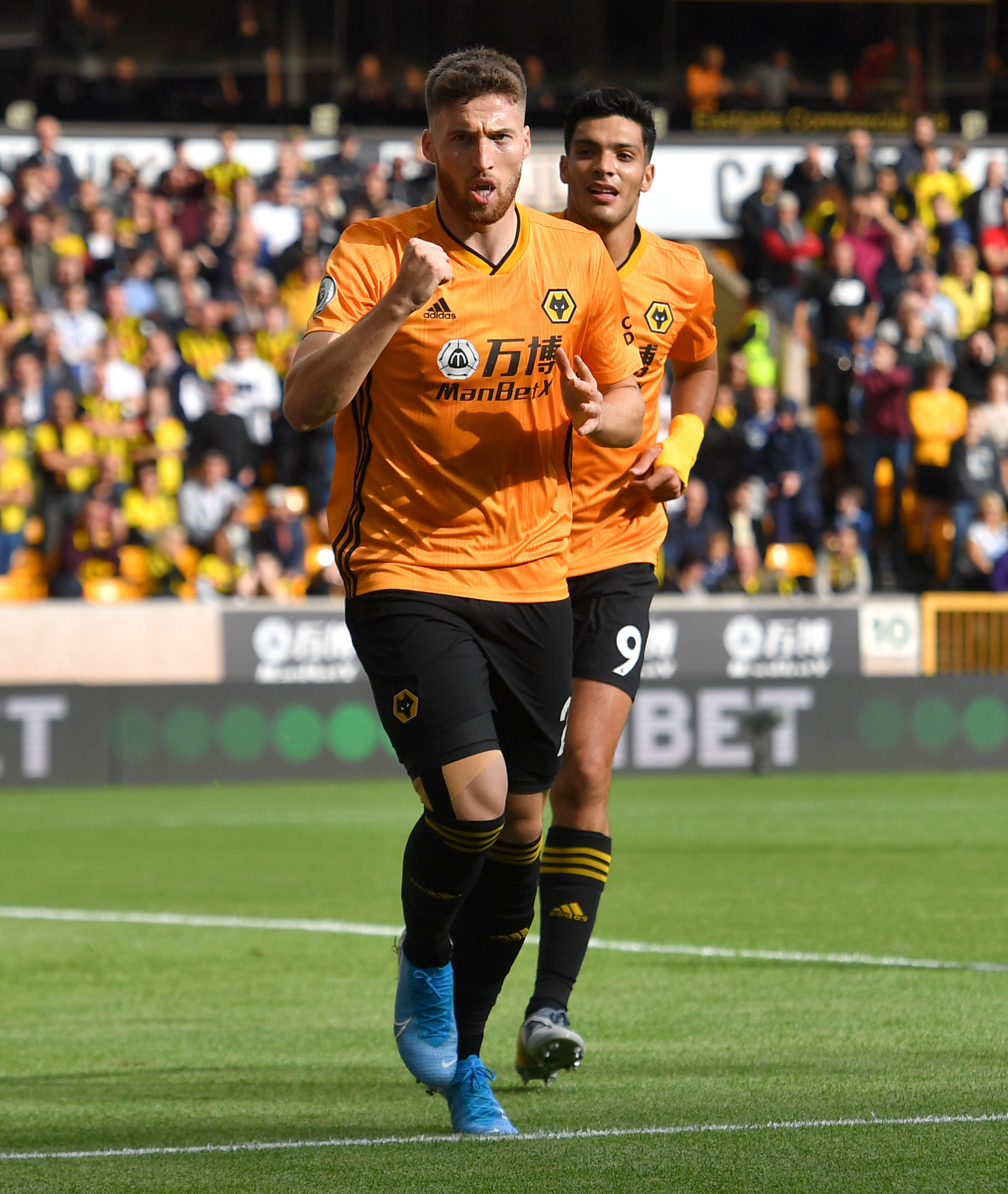