And considering Usain Bolt has just made his debut for Australian A-League side  Central Coast Mariners, that is no mean feat! 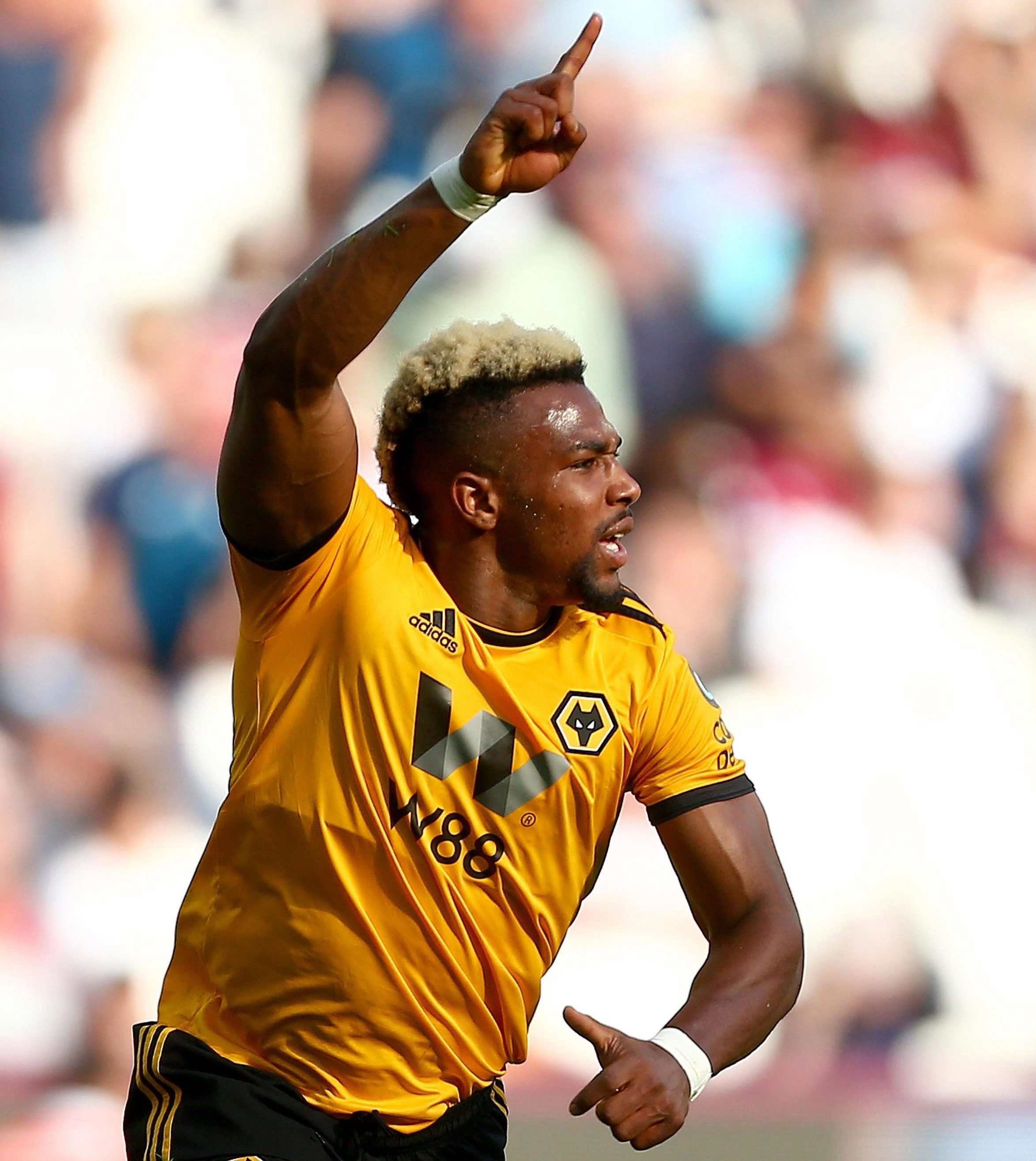 Most players would look sheepish at the suggestion they could give the greatest sprinter in history a run for his money,  let alone show the eight-time Olympic sprint gold medallist a clean pair of heels.

But Wolves’ winger Traore is coming to terms with life in football’s fast lane.

And he is not embarrassed by the  comparisons with the man widely regarded as the greatest athlete of all time.

At the EA SPORTS Fifa Ratings Awards in London this week, he said: “It is nice to be known on Fifa 19 as the fastest player in the world. 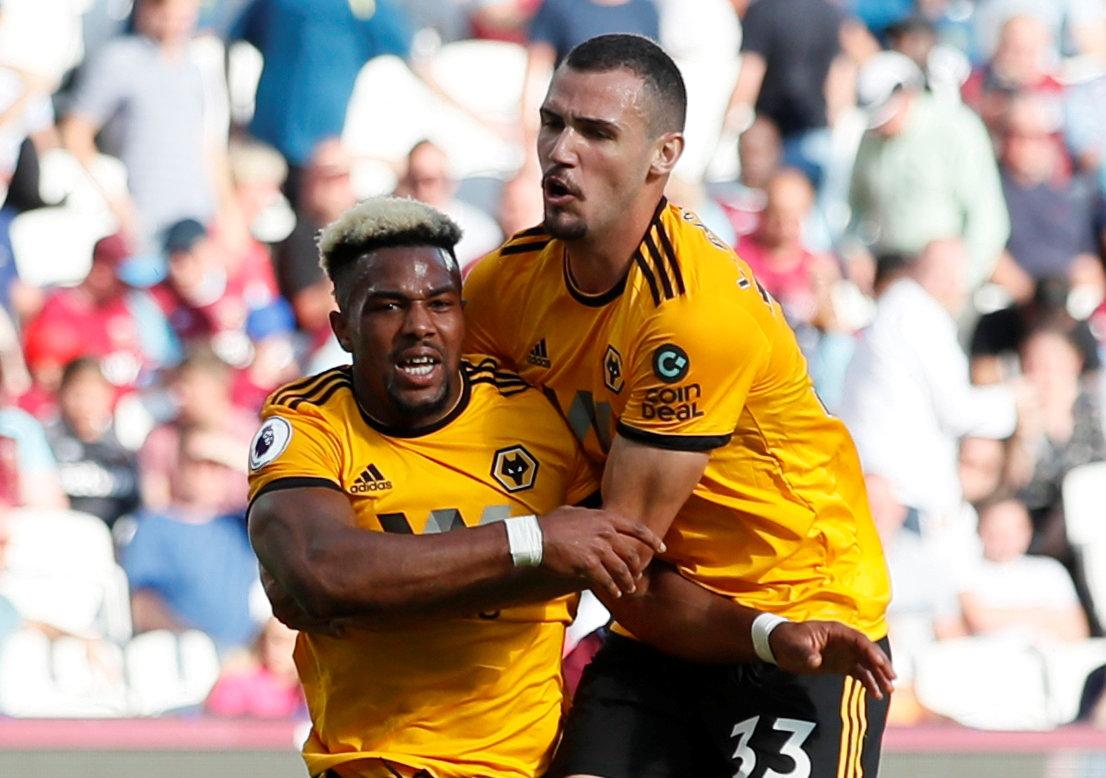 “But Usain Bolt has started playing for Central Coast Mariners so I might have a rival next season. Just remember, Usain didn’t have to dribble a ball while he was winning his gold medals!

“Clearly Bolt would beat me over 100 metres on the track. But on grass, over 30 metres with a ball at my feet? I’m  winning that race every time!

“I was told I didn’t have to lift my knees so high because I will never have to sprint 100 metres during a game. 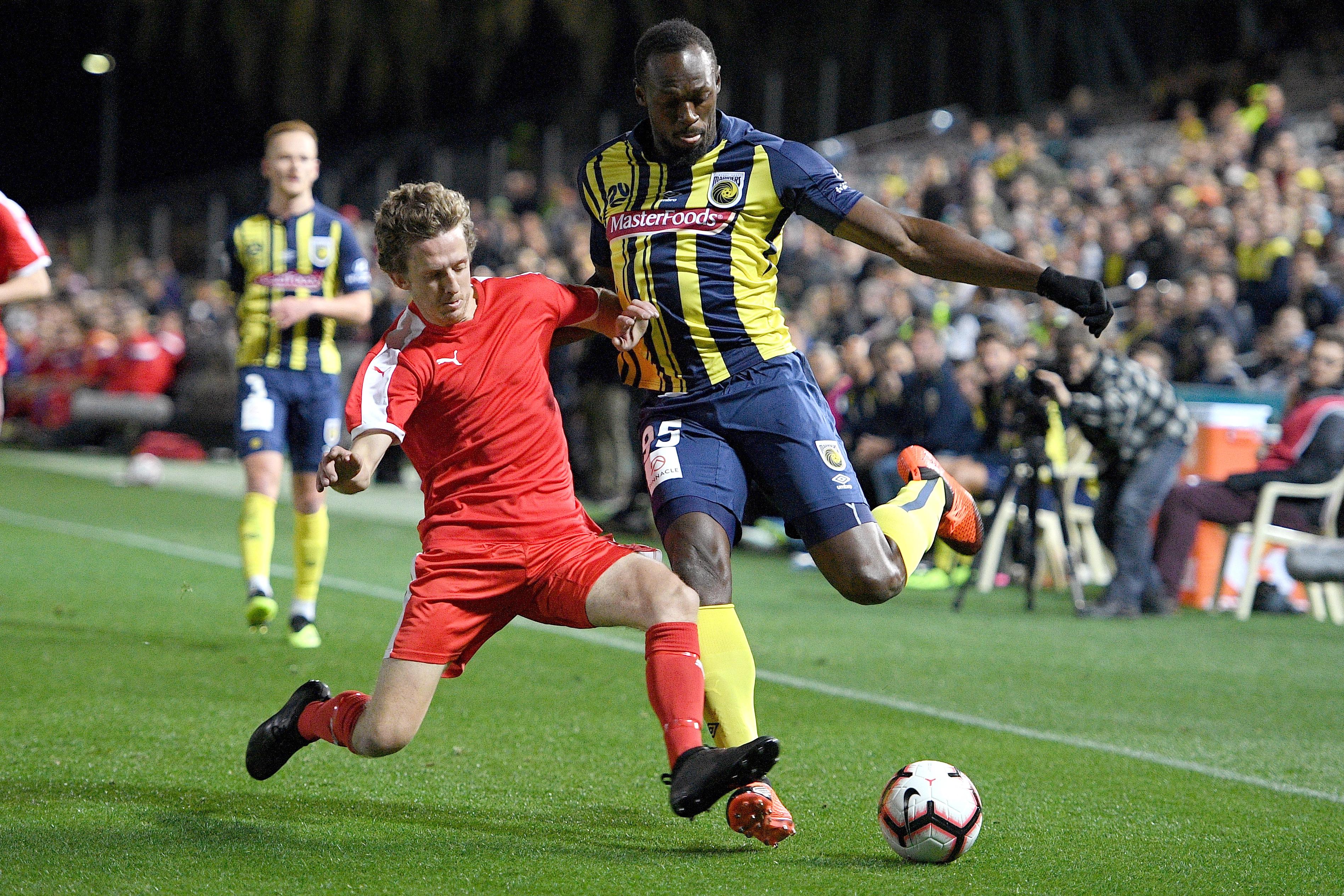 “I usually sprint for 20 to 30 metres — occasionally 50 to 60 metres maximum. But no footballer ever sprints a complete 100 metres during a game.

“Likewise, Bolt trains to last the full 100 metres — he doesn’t adjust every five metres to keep a ball under control!”

But the Wolves speedster does not feature in the ten fastest recorded times clocked in the Premier League this season.

The honour of the fastest time this season belongs to Everton’s Dominic Calvert-Lewis who hit a top speed of 21.71mph (34.94kph) against Southampton on August 18.

However, Traore has topped that speed three times previously and his best of 21.73mph was against West Brom on  January 31, 2017.

Traore has recorded an incredible speed of 23.61mph — but only in training.

The former Barcelona kid has yet to play a full 90 minutes since he became Wolves’ £18million record signing this summer  and has had to adjust to the pace of the game from the subs’ bench. 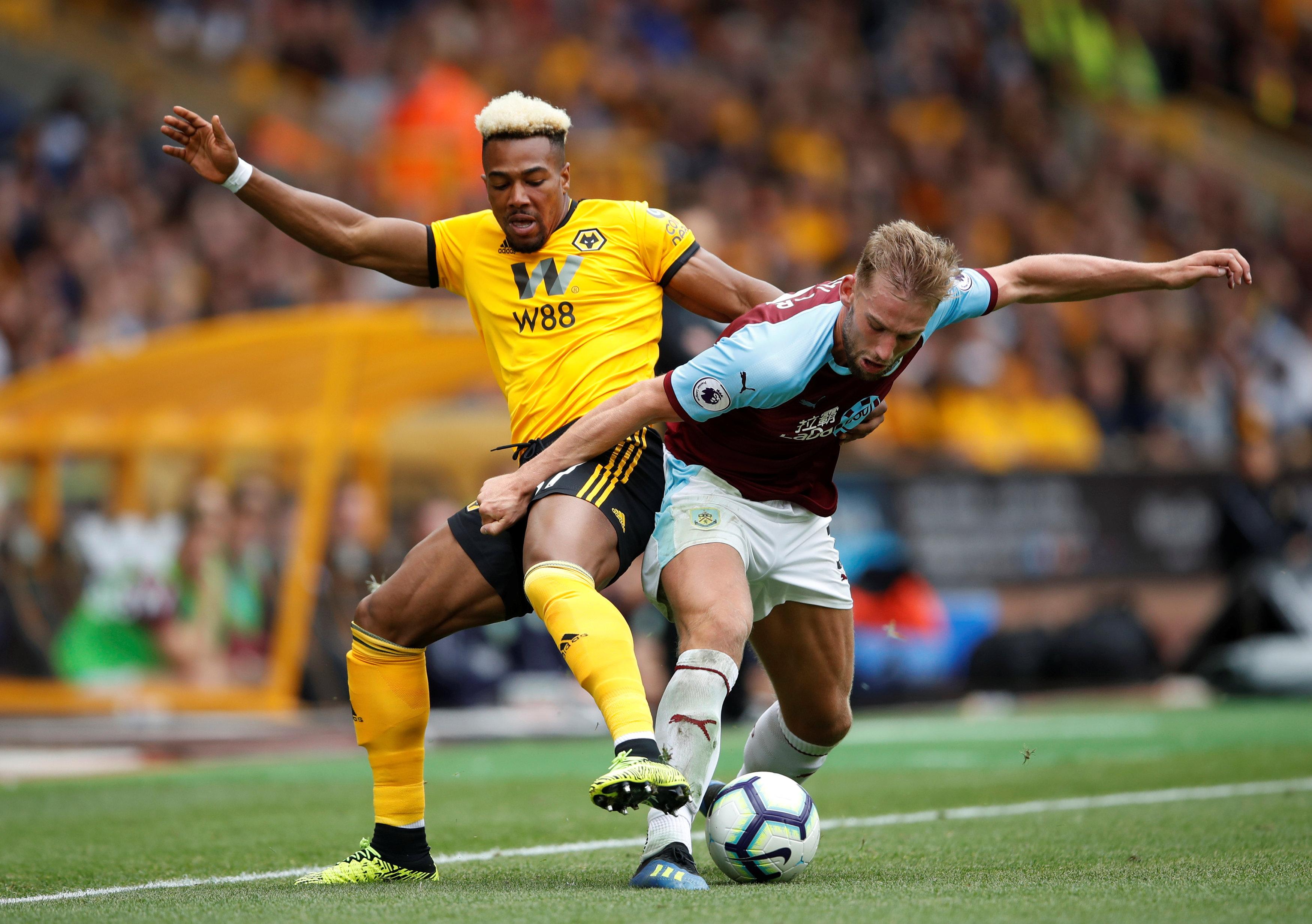 But the bad news for Manchester United’s Luke Shaw is Traore says his game has improved massively after an Olympic sprinter ordered him to put the brakes on.

Traore explained: “Darren Campbell, the British Olympic sprinter, was my sprint coach at Middlesbrough — yet the best advice he gave me was to slow down.

“That might sound strange but he said: ‘You have too much speed — you don’t always need to run at 100 per cent’.

“I was used to running flat out every time, but he told me, ‘You know how quick you are, slow down’.

“You might need that speed to go past players but when you cross, it is a  disadvantage — you have to ease off.

“I worked hard at it in training and I found he was right and my crossing has improved a lot because of Darren’s  coaching.

“The boys used to dare him to race me but he always had slight injuries so we didn’t actually race.

“But I have been clocked at 38kph before and he tells me that’s quick.

“Tony Pulis was another great influence on me at Boro. He changed my outlook and taught me the importance of being able to defend as well as attack.

Traore was a fast-learner as a kid and his talent was spotted by Barcelona, who invited the speedy youngster to their famous La Masia academy when he was eight.

By then Traore already had five years of playing experience under his belt.

He said: “I played my first game of football when I was 3½ years old.

“My big brother Moha is also a professional footballer who plays for NK Istra in Croatia now. When he was five, dad would take me to his games and every week I would ask to play and dad would say: ‘You’re too little Adama’.

“But I pleaded with him so much he said to the coach, ‘Adama is crying every day, asking to play. Will you let him?’

“I scored on my debut, aged three and I was so proud to play alongside my big brother. But I got a little carried away as I ran towards the goal in the second half.

“I felt a tug on my shirt and it was Moha pulling me back and yelling, ‘You’re going to score an own goal — we are attacking the other end now!’”

Traore’s Barcelona career almost took a wrong turn when they tried to sign up the little local kid, who was born a short sprint from the Nou Camp.

He said: “I almost missed the chance to join Barcelona because I was on holiday in Mali  visiting my  parents’ family for the first time.

“We spent all summer there and every day Barcelona were calling my mother’s phone and getting no reply because she had left it in Barcelona.

“When we returned my mother looked at her phone and said why do I have so many missed calls from this number?

“She called it and someone told her it was Barcelona and they wanted her son to come and play for them.

“At first she thought someone was playing a prank but when we checked we realised it was true and I was going to train with Barcelona. I left because it’s hard to see a future for yourself when I had Lionel Messi, Neymar and Alexis Sanchez playing in my best position.

“But now I am enjoying life in the Premier League with Wolves and I believe we can go to Old Trafford and win.”

Traore, who opened his Wolves account against West Ham recently, added “We are a very ambitious club,.

“Everyone knows what a good player Ruben Neves is and I have no doubt he could play for massive clubs like Manchester United, Barcelona or Real Madrid one day.

“He has the right mentality to succeed at the highest level and I am convinced he will play for a big club in the  Champions’ League before long.

“Hopefully that team will be Wolves — and we can give him the stage he deserves to play on.

“This club is going the right way and I hope Ruben is able to stay with us for a very long time.

“Manchester United will be a tough test for us at Old Trafford but we will go there believing we can win against a Champions League club because we have big ambitions of our own.

“Wolves against Barcelona in the Champions’ League one day — why not?

“Everything is possible in football.”

ADAMA TRAORE was speaking at the launch of EA SPORTS Fifa 19 after winning the fastest player category. EA SPORTS Fifa 19 is out on September 28 on PlayStation 4, Xbox One and all other platforms. To pre-order your copy, head to www.easports.com/uk/fifa/pre-order-fifa-19/united-kingdom.