And she pulled off the impressive feat by betting the opposite of anything her football fan husband would bet on. 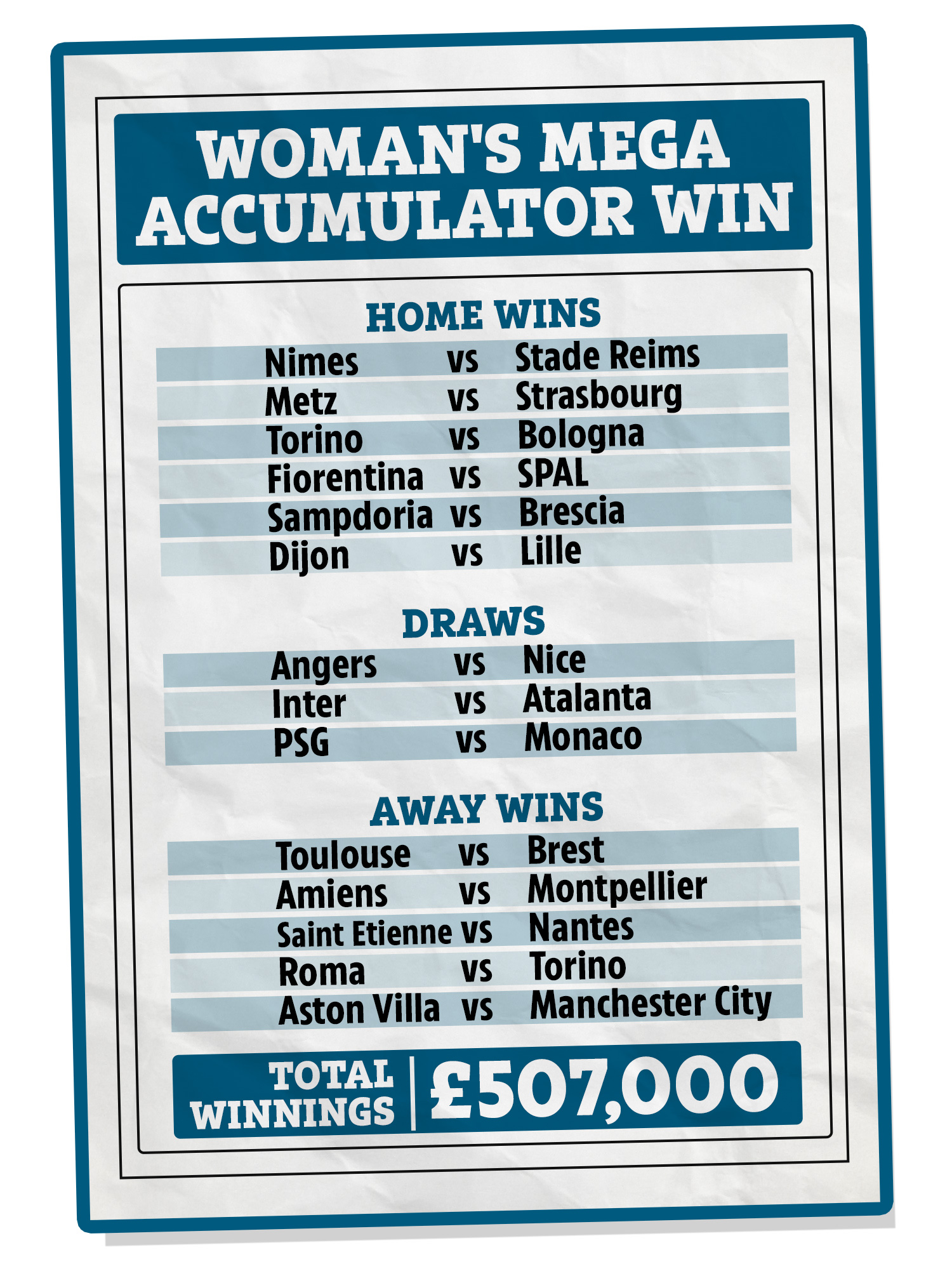 The bet included Ligue 1 and Premier League teams and consisted of an impressive six home wins, three draws and five away victories.

The game is similar to the football pools in the UK.

The big winner got the results right in French Ligue 1 matches as well as for some Italian and English Premier League games.

And the woman, who lives in the Seine-et-Marne area of northern France, explained her luck by simply saying that she went against whoever her father and husband backed.

According to local media, she won the mega jackpot on January 13 in the town of Annet-sur-Marne, but the incredible win and her technique are just being revealed now.

Upon picking up the cheque for her winnings, she explained her strategy to the Francaise des Jeux, France's national lottery games operator.

The punter – who scooped £33,000 a few years ago with a similar technique, simply said: "I played the opposite of my dad's and my husband's bets who are big football fans."

The shrewd gambler, who has not revealed her stake, realised she had won the jackpot when she checked her results online.

She claims she only plays "from time to time" and that "it took me a few hours to realise that I had won".