Who won Lomachenko vs Linares? Result of huge bout from Madison Square Garden

Unbeaten in six years, Venezualan Linares put his WBA lightweight title on the line at Madison Square Garden against the sensational Ukrainian. 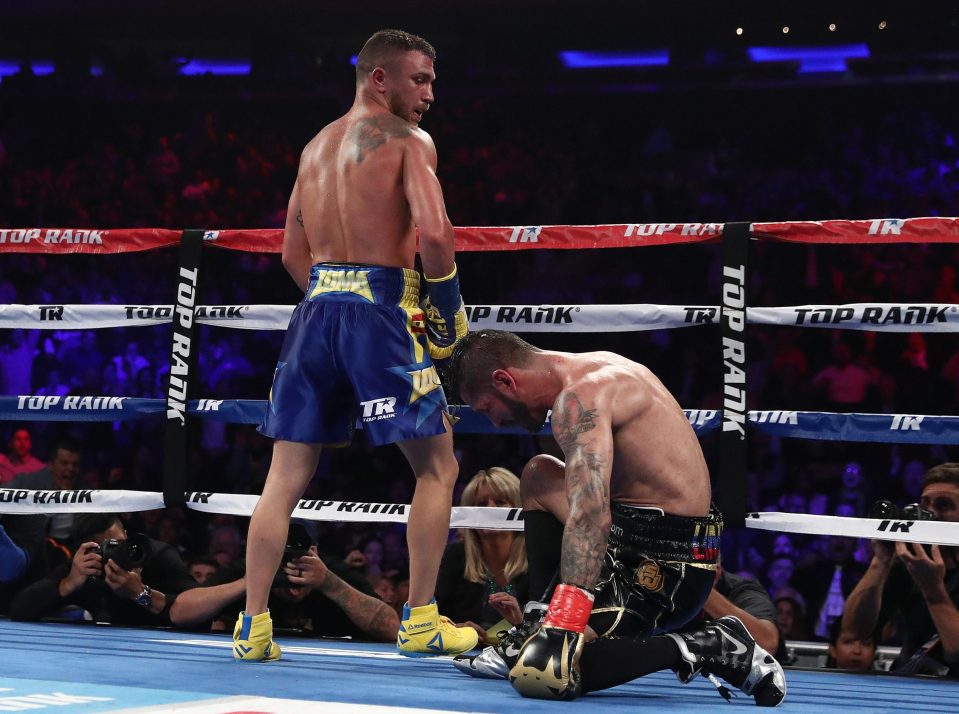 VASYL LOMACHENKO picked himself up from the canvas to record a tenth-round knockout on Jorge Linares.

The Ukrainian was as relaxed as ever and seemingly in full control until he walked onto a straight right-hand from the Venezualan in the sixth.

Hi-Tech had only been knocked down once in 415 fights – but got up and fought back to win in dramatic style.

Linares put up a wonderful fight but was cut late in the eighth round, which caused blood to drip into his left eye.

And Loma pounced in the tenth, finishing the fight and sending the crowd into a frenzy with a stunning body shot – and in the process becoming a three-weight world champion.