Watching Tiger Woods highlights has inspired Jason Day for this week's Farmers Insurance Open title defence as he attempts to turn Torrey Pines into a stronghold of his own.

Day won on the famed California course for a second time last year, triumphing in a six-hole playoff to add to his 2015 title and runner-up finish in 2014. 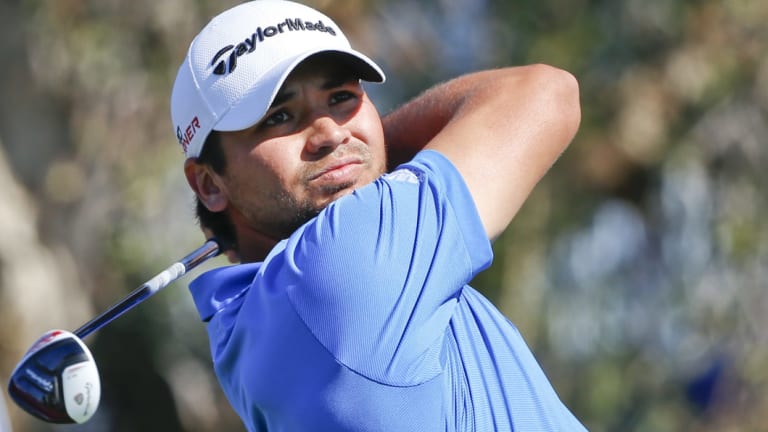 Jason Day in action at Torrey Pines in 2015.Credit:AP

The former world No.1 has been unable to successfully defend any of his 12 US PGA Tour titles to date but he wants to start by creating his own legacy at Torrey Pines.

His idol-turned-friend Woods has won eight times at Torrey Pines – seven regular PGA Tour events and the 2008 US Open.

"I was watching Golf Channel this morning and from 2005 to 2008 Tiger won this four times in a row," Day said.

"Tiger is a different beast, but it'd be nice to be able to [defend] at least once; I've never been able to do it.

"I've had some success here and I'm excited about the memories that come back."

The 30-year-old Day has been placed in the marquee group for the opening two rounds with fellow Australian Adam Scott and four-time major winner Rory McIlroy, who are both playing the event for the first time.

"It's always nice to be able to play with some good ball strikers because hopefully that rubs off on my game," Day said.

Day has built his highly successful career on the US tour, including two wins last year, with a world-class short game and spurts of powerful driving.

But he admits his iron play has been a weakness – ranking a lowly 142nd in the US tour's strokes gain in approach measurement last season – and needs to improve it if he wants to reclaim the world No.1 ranking.

The Queenslander has made minor equipment changes and spent considerable time during the past two months practising his irons in the Californian desert with long-time swing coach Colin Swatton.

"The one area I've been working on the hardest is iron play," Day said.

"I changed irons to the new [TaylorMade] 760s and I feel like I've gained more control.

"It's imperative for me to hit 70 per cent of greens, drive it straighter and rank No.1 in putting.

"If I do that, then I'll probably have another year like 2015," added Day of his breakthrough, five-win PGA Tour season that year.