Tiger Woods is in an optimistic mood ahead of the Quicken Loans National this week, saying: "I've done some things I haven't done in over a decade."

Woods is still attempting to put together the consistency in his game seven months into his comeback from a chronic back injury that required spinal fusion surgery last April. 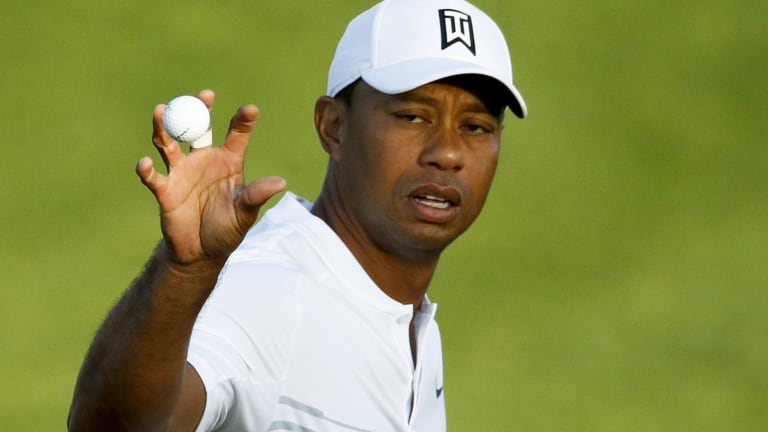 However, the 14-time major champion has been encouraged by the way he has been striking the ball as he looks to end a five-year wait for a victory in Maryland at an event he is hosting.

"If I can have that same putting stroke I had earlier in the year, with the ball striking I have, that's where I want to get to. I've just got to put both of those things together at the same time," the 42-year-old said.

Woods is one of the favourites this week but remains cautious over his comeback.

He said: "I'm not going to give you a letter grade on it (his comeback) but I will say I'm blessed and thankful. It's basically a gift to be able to play again.

"At this particular time last year I didn't know. I wasn't allowed to putt yet or swing a club. My back was not fused and there was no guarantee I'd play golf, forget the PGA Tour.

"So to go from that to here and be able to build a golf swing around something that's never been done before, I didn't see that happening. Now I'm competing, playing and having a great time doing it.

"I don't want to play too much with the injury and procedure I've had, but I need to play enough. I've got a game now that can play so it's a matter of pacing myself through."