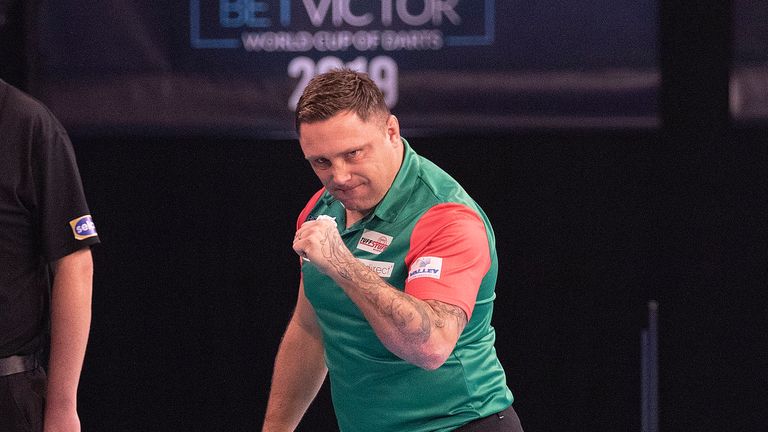 The World Cup of Darts draws to a close in Salzburg on Sunday, with four-time winners England and Netherlands battling it out for glory alongside former finalists Wales, Belgium and Australia.

The 16 first-round winners returned to the Salzburgarena stage across two sessions on Saturday and the established nations dominated, with holders Scotland the only major casualties.

Michael van Gerwen is bidding to guide Netherlands to their fifth World Cup title alongside Danny Noppert, whilst Rob Cross and Michael Smith are vying to secure England’s first triumph since 2016.

Gerwyn Price and Jonny Clayton could be set to create history for two-time finalists Wales, with Belgium and Australia also aiming to make amends for their previous near misses.

Germany, Austria and Canada are no strangers to appearing in World Cup quarter-finals, yet they’ve never progressed beyond the last eight stage – records they’ll be desperate to rectify on arguably the strongest Finals Day line-up in the competition’s history. 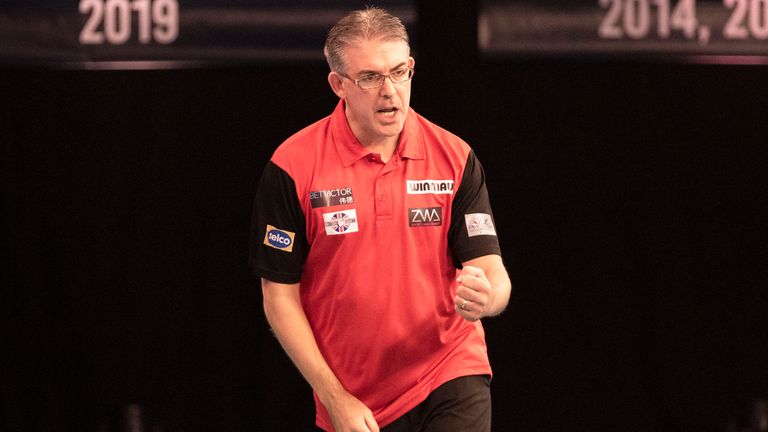 Canada are appearing in their second consecutive World Cup quarter-final, albeit with a brand new pairing of Jeff Smith and Matt Campbell.

The Canadians have forged a formidable partnership – producing one of the performances of the opening round to dispatch fourth seeds Northern Ireland, which they followed up with an emphatic victory over 2019 quarter-finalists New Zealand.

Former Lakeside finalist Smith cruised to victory over Haupai Puha courtesy of a professional performance, before Matt Campbell fired in nine 140’s as he reeled off four straight legs to defeat Cody Harris and complete the job.

Canada’s route to the Quarter-Finals

Belgium’s route to the Quarter-Finals

Canada are aiming to enter uncharted territory as they target a semi-final spot for the first time in World Cup history, and they’ll take on fifth seeds Belgium – finalists back in 2012.

Dimitri Van den Bergh and Kim Huybrechts were positively euphoric after recovering from 3-1 down to prevail against Czech Republic in their opener, but Huybrechts was less than impressed with their insipid second-round display against Latvia. 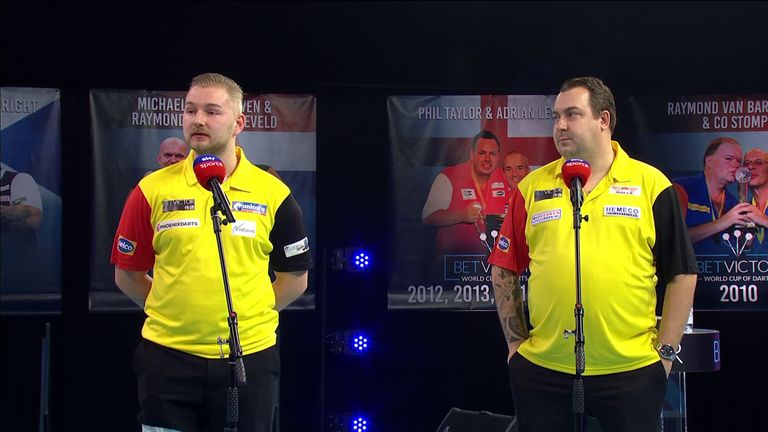 ‘The Hurricane’ blew away Janis Mustafejevs in a matter of minutes, only for Dimitri Van den Bergh to survive a major scare against Madars Razma – rallying from 3-1 down and converting a nerveless 103 kill in the last leg, to avoid the prospect of a doubles decider. 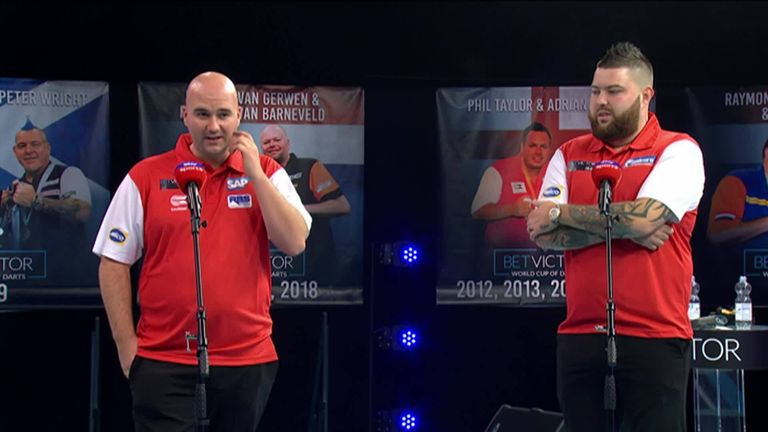 England have navigated their way through to the quarter-finals with relative ease, despite Michael Smith and Rob Cross failing to really ignite at the Salzburgarena.

They overcame the spirited Filpino pairing of Lourence Ilagan and Noel Malicdem in their opener, before relinquishing just two legs during their second round showdown against Lithuania.

England’s route to the Quarter-Finals

Austria’s route to the Quarter-Finals

Michael Smith whitewashed Darius Labanauskas – who had darts at double in three of the four legs – before Rob Cross produced a late surge in his victory over Mindaugas Barauskas.

However, the top seeds may have to improve against hosts Austria, who are bidding to progress to the semi-finals of this event for the first time. 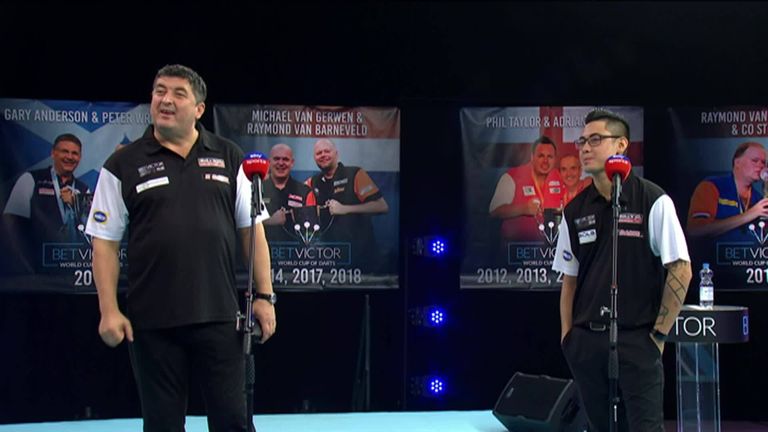 The eighth seeds are led by World Cup ever-present Mensur Suljovic, who accounted for Portugal’s emerging arrowsmith Jose De Sousa to maintain his unbeaten singles run at this event, which stretches back four years.

Suljovic is flanked by the mercurial Rowby-John Rodriguez, who displayed flashes of brilliance in his victory over Jose Marques, and the Austrians are now eyeing their first World Cup triumph over England at the fourth attempt. 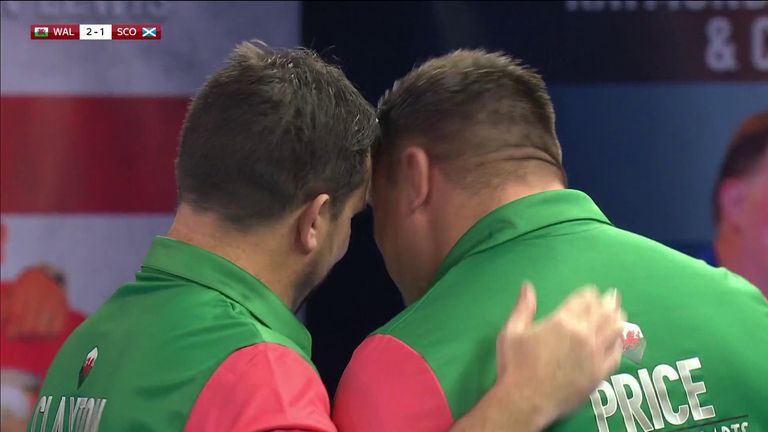 Wales were the only quarter-finalists that had to endure a doubles decider on Saturday, after Price’s imperious victory over John Henderson was cancelled out by Robert Thornton’s triumph against Clayton.

‘The Ferret’ has admitted to feeling the burden of representing his country and those nerves were evidenced in his singles rubber, but Wales responded emphatically to dump out holders Scotland 4-0 in the doubles, averaging 102 in the process.

Wales’ route to the Quarter-Finals

Australia’s route to the Quarter-Finals

Price is the form player in world darts right now and he will be integral to Wales’ hopes, as the second seeds bid to usurp their runners-up exploits from 2010 and 2017 respectively.

Nevertheless, in the shape of Whitlock and Heta, they face an ominous partnership that are oozing confidence. The Australians were ruthless in their destruction of Republic of Ireland, before they saw off the threat of Poland with aplomb. 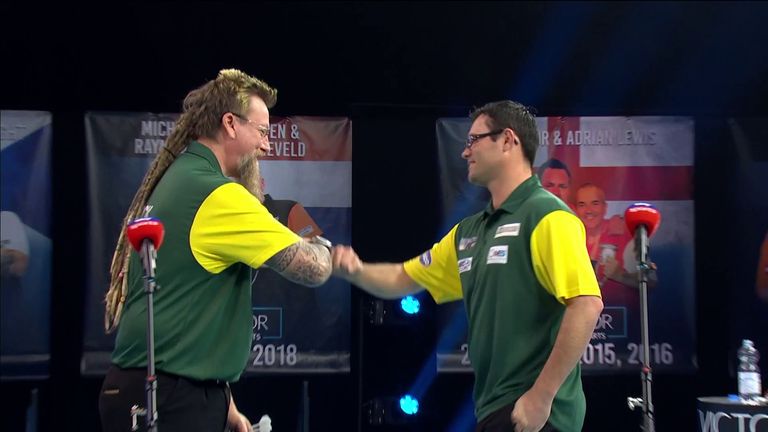 Whitlock – a semi-finalist at last month’s World Grand Prix, continued his resurgence to edge out Krzysztof Ratajski in a high-quality affair, whilst Heta cruised past Krzysztof Kciuk, averaging a whopping 130 in the early stages of that contest.

The pair have gelled instantly and appear to relish the cut and thrust of the unforgiving format, as ‘The Wizard’ targets a spot in his first World Cup final since their famous 2012 showpiece against England. 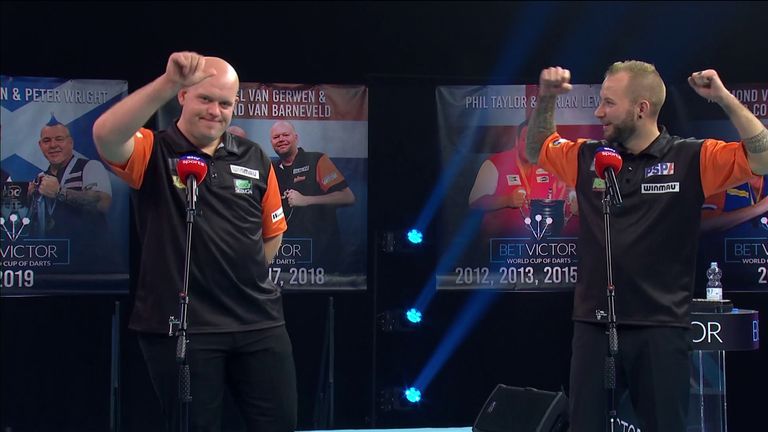 Van Gerwen is the only player in the tournament to have experienced World Cup success and the world No 1 will be hoping experience pays dividends as he battles for a fourth individual triumph alongside debutant Danny Noppert.

The three-time world champion has endured an uncharacteristically barren period over recent months, although he’s throwing with confidence in Salzburg; having relinquished the solitary leg in his outings up to press.

Following their emphatic 5-1 success against Brazil in round one, MVG swept aside Spain’s Toni Alcinas in a matter of minutes with a 102 average, before a fortuitous Noppert survived six match darts against Jesus Noguera.

Netherlands’ route to the Quarter-Finals

Germany’s route to the Quarter-Finals

The Dutch duo have yet to flourish in tandem, though Van Gerwen in particular will take solace from their recent record over last eight opponents Germany – who are featuring in their third quarter-final in four years. 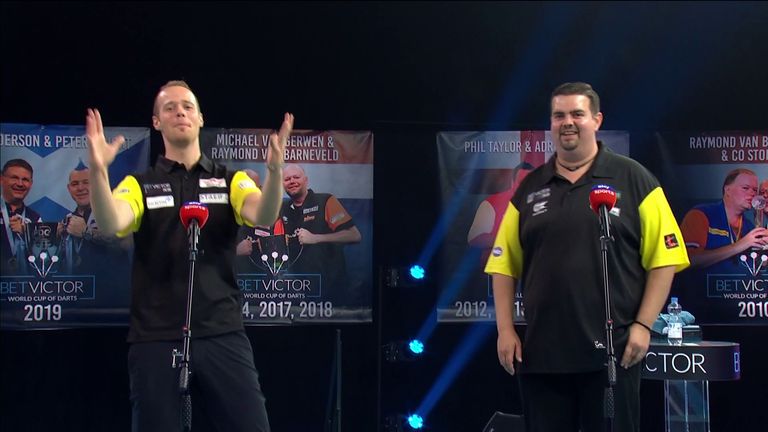 They’ve only conceded the one leg en route to the quarter-finals, which came courtesy of a ton-plus checkout from John Michael, as they followed up an opening round whitewash of Finland by sweeping past Greece on Saturday.

Don’t miss a dart at this weekend’s World Cup of Darts – the action continues from 12pm on Sunday on Sky Sports Arena and we will have the remaining two sessions as the new champions are crowned.