World Cup hosts Russia were distant outsiders only weeks ago, but their unexpected success at the tournament has made them hungry for more as they clash with Croatia for a spot in the semi-finals, defender Ilya Kutepov says.

Russia edged Spain out on penalties in last week's round of 16 match after the Spaniards played more than 1,000 passes but failed to create any scoring chances. 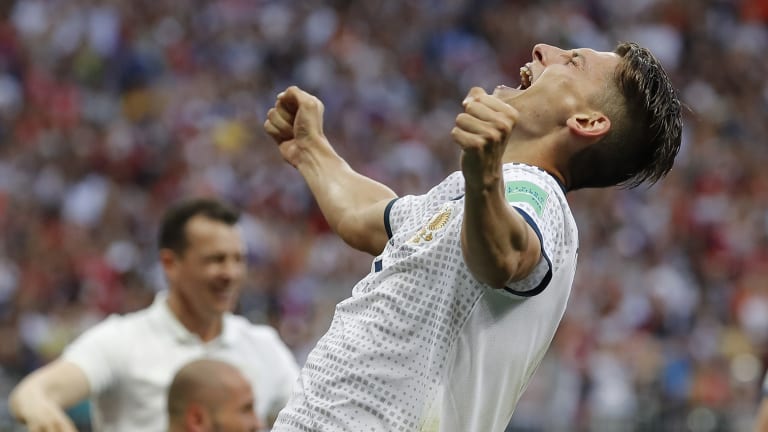 Ilya Kutepov says anything is possible now for the host nation at the World Cup.

Kutepov, who has played every minute of the host's four matches, said his team was now allowed to dream big.

Russia have advanced their furthest in the post-Soviet era, and could be dreaming of improving on even the old Soviet Union's best performance, when they reached the last four in 1966.

"There are always chances. We are getting ready, focusing," Kutepov said. "We have ambitions, we want to go further, everything is decided on the pitch. It is a kind of addiction – you want more and more."

Midfielder Aleksandr Samedov was back training with the team after missing Monday's session with an unspecified fitness issue. But Alan Dzagoev, who has recovered from a hamstring injury earlier in the tournament, did not train due to a minor back muscle problem.

The Russians came into the tournament as the lowest-ranked team and making it through the group stage was their initial goal.

After their penalty shootout win over Spain, however, the country has been gripped by World Cup fever with Russian fans wanting more of that success.

"There is nothing impossible in the remaining part of the tournament," midfielder Aleksandr Golovin said. "Before the match with Spain we understood that we can reach the final, and now we think about it like something normal."

That will require different tactics than the ones deployed against Spain, where Russia sat back and soaked up the pressure with the Spaniards dominating possession but lacking a clinical edge in front of goal.

"We all understood that Spain will control the ball, it happens in every match they play with any team," Golovin said.

"We understood that. With the Croats we should play using our strong points, dictating our play."

Russia face Croatia at Sochi's Fisht Stadium on Sunday, and the winner will play either England or Sweden for a spot in the final in Moscow.

"If the team has less control of the ball it doesn't mean they are weaker," Golovin said. "That's just another style of play. They don't aim to control the ball for the whole match, they aim to achieve a favourable result. From this point of view, it's easier.

"The team that will show more muscle and will be more stubborn will win the game with Croatia."