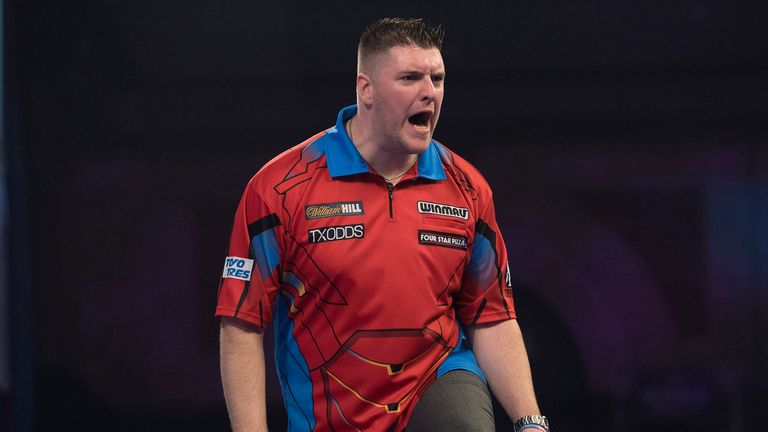 Daryl Gurney made a strong start to the World Darts Championship with a straight-sets victory over Ross Smith at Alexandra Palace.

Gurney, who won the Players Championship last month, stuttered through the opening set but improved as the contest progressed, firing a 100.3 average and losing just two legs during an impressive victory. 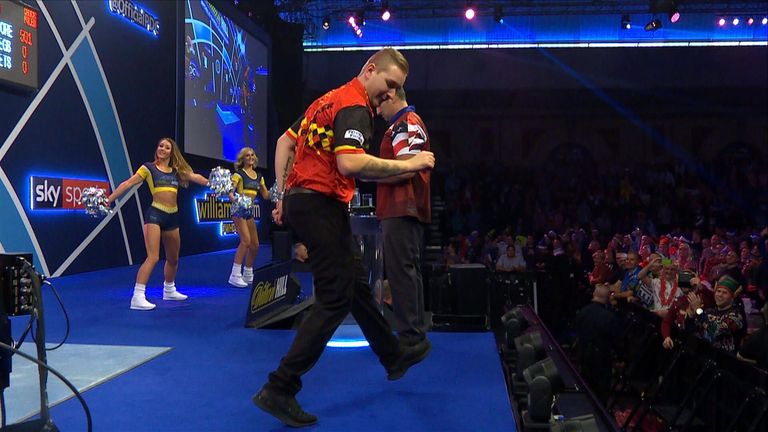 The 32-year-old rounded off an eventful evening session, where Ron Meulenkamp came through a five-set thriller to beat Diogo Portela and Dimitri van den Bergh and Steve Lennon also won their matches.

Daryl Gurney fired six 180s and posted the third-highest average of the tournament so far to brush aside Ross Smith. 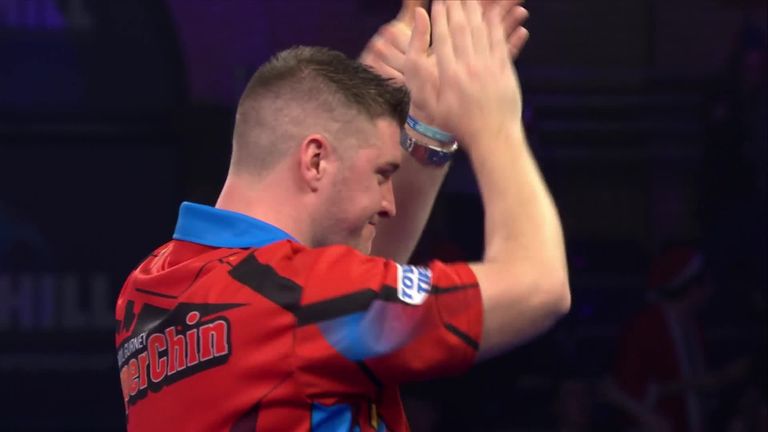 The Northern Irishman broke throw with a 13-darter in the second leg but missed four set darts in the next to allow Smith to immediately break back.

Smith took the opening set to a final-leg decider, where Gurney prevailed with a 14-darter before shrugging off some more wayward finishing to take the next set in straight legs.

The fifth seed’s checkout percentage improved significantly in the third set, finding the double at the first attempt in his next two legs before sealing his victory with a 12-dart leg and 88 finish.

Dimitri Van den Bergh stuttered to a straight-sets win over Chuck Poleo, despite only registering one 180 and posting an 85.29 average in the first-round contest. 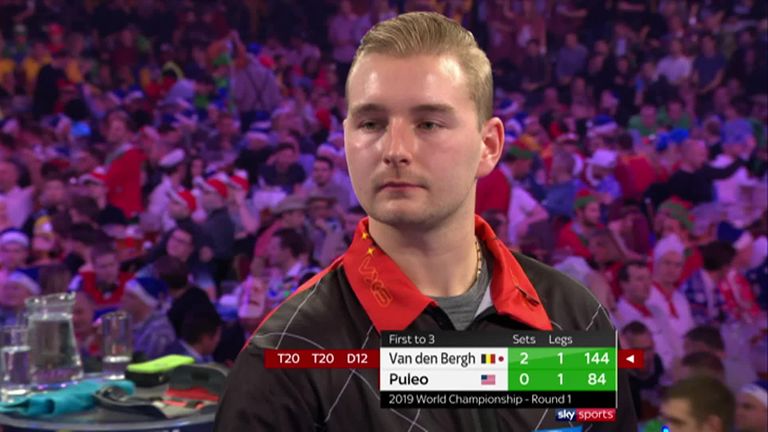 Van den Bergh took the opening set in straight legs and won the opener of the second against the darts after Puleo wasted numerous looks at double, only for the American to get a leg on the board with a 58 checkout.

The Belgian broke back in a scrappy 21-dart leg on his way to taking the second set 3-1, before firing a stunning 144 finish early in the third to move closer to victory.

Puleo found a must-make 66 checkout to take the set to a decider, where the qualifier missed two set darts to allow Van den Bergh to return and take out D20 and progress.

Ron Meulenkamp fought back from two sets down to register his first Alexandra Palace victory and book his place in the last-64. 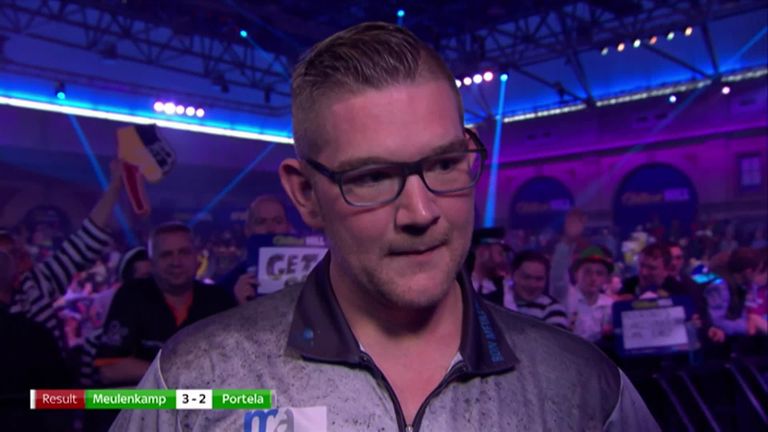 Meulenkamp was whitewashed in the first set by a dominant Diogo Portela, who broke throw in the second leg with a 92 checkout and followed it with an 11-darter in the next.

The Brazilian won the next two legs on his way to winning the second set 3-1, only for Meulenkamp to respond with a 124 finish and a 13-darter in the next to keep the contest alive. 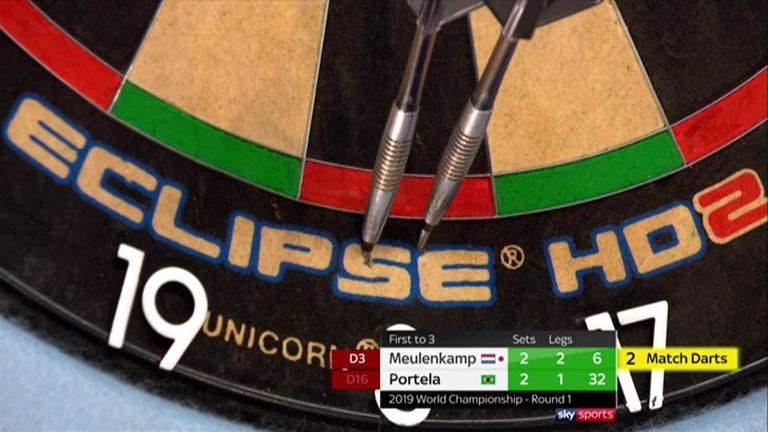 Portelo squandered five darts to break throw as Meulenkamp took the fourth set, before the Dutchman fired a 12-darter on his way to winning the decider 3-1 to set up a meeting with tenth seed Michael Smith.

Bailey took the opening leg but struggled to threaten the 25-year-old, who responded with a 92 checkout and broke throw in the next leg on his way to taking the opening set.

The Irishman replied to Bailey’s exhibition double-double finish by taking out 112 in the next, before recovering from seven missed darts at doubles during the fourth leg to take a final-leg decider. 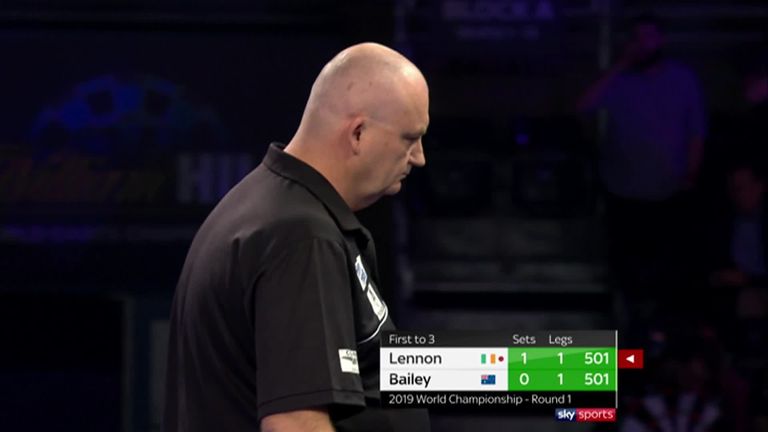 Lennon made an early break in the third set and squandered six match darts to give Bailey a lifeline, only to see out victory with a 57 finish in the next leg. 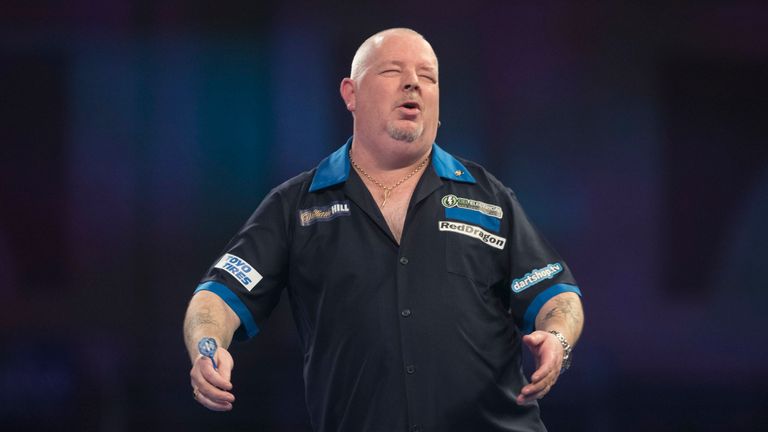 Robert Thornton’s decline from the darting echelons continued at All Pally as he slumped to a surprise 3-1 defeat to Swedish qualifier Daniel Larsson in the opening match of the afternoon session. 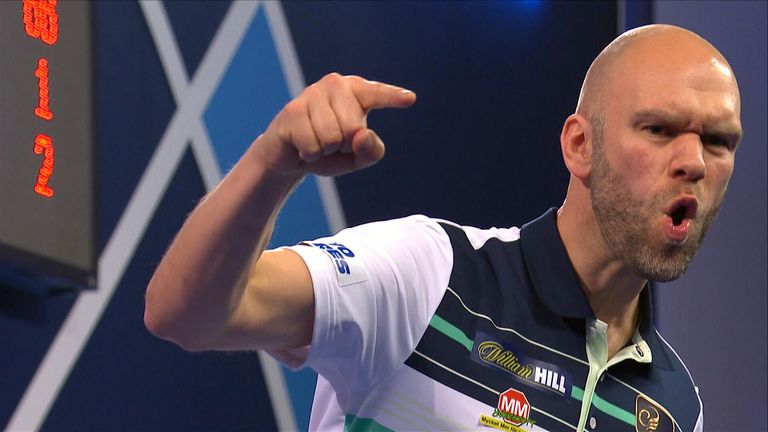 The two-time PDC major winner has seen his form dwindle since winning the 2015 World Grand Prix with the Scot having fallen outside of the world’s top 32 and Larsson, a four-time World Cup of Darts representative, set up a second-round showdown against 21st-seed Kim Huybrechts with a pulsating win. 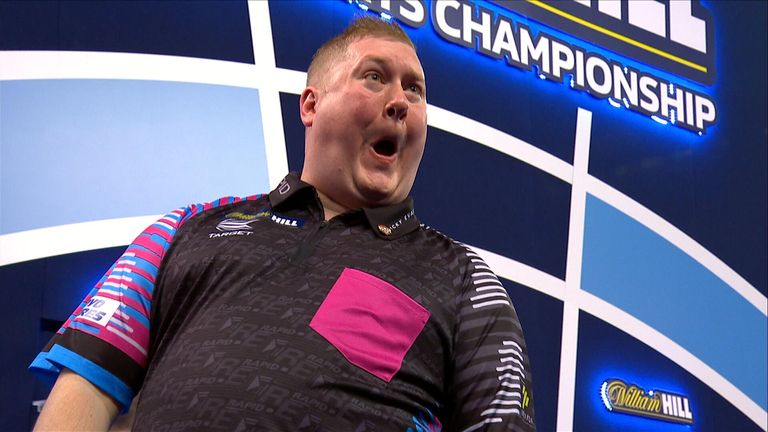 Rowby-John Rodriguez sealed his first success in four appearances at the tournament as the Austrian defeated Ricky Evans 3-1 in a rapid match between the former World Youth finalists. Rodriguez’s reward is a clash against Cristo Reyes in the second round.

Seigo Asada fought back from two sets down to defeat Poland’s Krzysztof Ratajski, while 13th seed Darren Webster crashed out after losing in straight sets to Vincent van der Voort.

You can follow every dart from every session of the World Darts Championships on Sky Sports Darts, check out the full schedule here.