Many in the sporting world have welcomed the call by Australian anti-doping chief David Sharpe for the global anti-doping agency to commission a public inquiry into claims Olympic officials within its own ranks bullied those pushing for a tough stance on Russia.

The bullying is being perpetrated by sporting officials who want to silence those demanding to know why Russia has not been held to proper account for running the worst doping regime in modern sporting history. 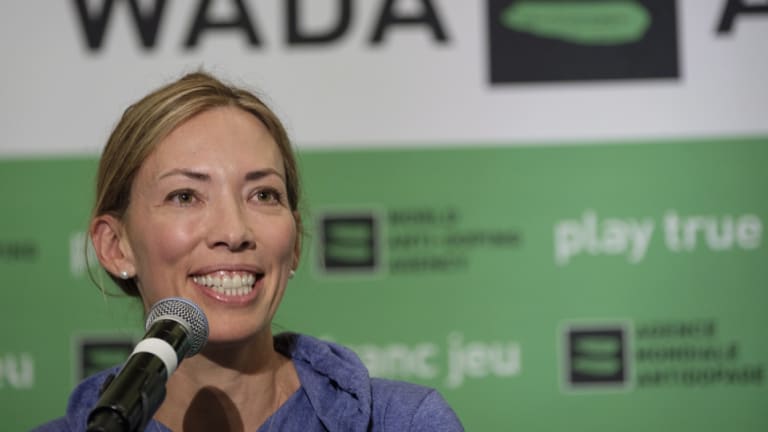 Scott publicly revealed the bullying she received from other senior sporting officials on WADA's executive committee who did not accept her ethical and uncompromising stance against Russian state-sponsored doping.

Some of those officials alleged to have been bullies are also prominent in the Olympic movement.

I count Scott and Sharpe as key allies in the relentless and increasingly challenging fight against doping in sport. Unfortunately, Scott is not alone in being attacked for wanting to clean things up.

But it's 2018: bullying has no place at the board table of sports governance.

As a prominent Canadian winter athlete whose life was directly and devastatingly affected by doping (her bronze medal in cross-country skiing at Salt Lake City in 2002 was eventually upgraded to silver and then gold when the two athletes that finished ahead of her were sanctioned for doping), Scott is better placed than most to champion the clean sport cause.

She knows what matters to athletes and, significantly, she has her finger on the pulse of athlete and public opinion well outside the International Olympic Committee and WADA boardroom bubble.

That is why when Scott speaks out against the bullying tactics of Olympic officials on WADA’s decision-making bodies, it resonates with those of us that have had to witness the hostile atmosphere that is increasingly becoming the norm in the global anti-doping cauldron.

Australia's Sharpe is right to call it out because this inappropriate behaviour is long-standing and wholly unacceptable.

This is why it is all the more surprising that WADA has still not effectively said whether it will conduct an inquiry into Scott's bullying claims, and why it is puzzling that the IOC has remained entirely silent.

If you step outside the WADA boardroom, it is immediately and abundantly clear that the athletes and society at large want the uncompromising, unwavering stance to flourish.

Athletes and sports fans across the world don’t want nuance or compromise or flexibility, all of which have become fashionable within WADA and IOC leadership circles. They want relentless and dogged determination to clean up sport. 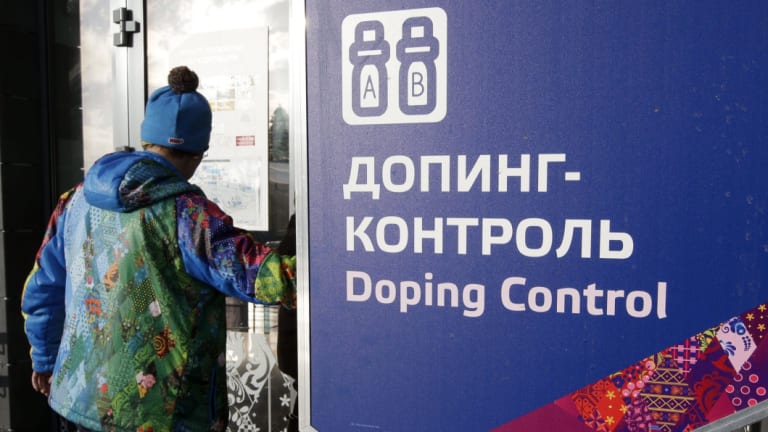 Doping control at the 2014 Winter Olympics in Krasnaya Polyana, Russia.Credit:AP

In recent years, we have seen the biggest doping scandal of all time – “the Russian doping crisis” – and a significant shift in the WADA and IOC leadership towards a softer, more appeasement-focused stance.

It was only in May, at WADA’s last foundation board meeting, that I was told bluntly by various individuals not to speak. I was told to shut up.

This would be offensive if it weren’t so puzzling: why are some officials who purport to represent clean sport trying to muzzle the interventions of others with whom they disagree at international anti-doping meetings?

The reason – and it’s been known to those of us in sport for a long time but it has only now been discovered by the public at large – is because the IOC leadership don’t want to draw attention to this unprecedented challenge in the fight for clean sport.

It suits the IOC to have all countries “compliant” at any cost, even if that country (such as Russia) has perpetrated the biggest doping scandal of our time against honest athletes, and even if it has not completed WADA’s own so-called "roadmap to compliance" because by keeping doping scandals as muted as possible, the Olympic and sporting brand remains untarnished, which is just the way they like it.

To many, the IOC is becoming increasingly detached from the reality of the wishes and, more importantly, rights of the modern anti-doping community, the modern clean athlete, and modern society.

I believe I speak for many by saying that if its leadership was truly committed to the clean sport cause, it would propose constructive solutions aimed at reforming WADA’s governance and creating more distance between itself and WADA so that there can be no conflict of interest.

Unfortunately, the IOC wants to do the very opposite: it wants to be closer to WADA and wants to keep the global regulator within arm’s reach and under control.

On the IOC’s part, and in the face of the unprecedented scrutiny it is now under, it must start listening more intently to what global athletes are saying, not its own so-called athlete committee which most people now view as nothing more than a token and non-independent athlete mouthpiece for the IOC leadership.

For both WADA and the IOC – two organisations that have become virtually joined at the hip in recent times – athlete and public confidence is now wafer thin.

The IOC is increasingly out of touch, increasingly detached from the concerns of the wider world away from their board table. It is time that they reversed that trend, otherwise this unprecedented athlete revolution we are witnessing will only grow and grow.

Accordingly, WADA and the IOC should back Australia’s call via David Sharpe for an independent and transparent inquiry.