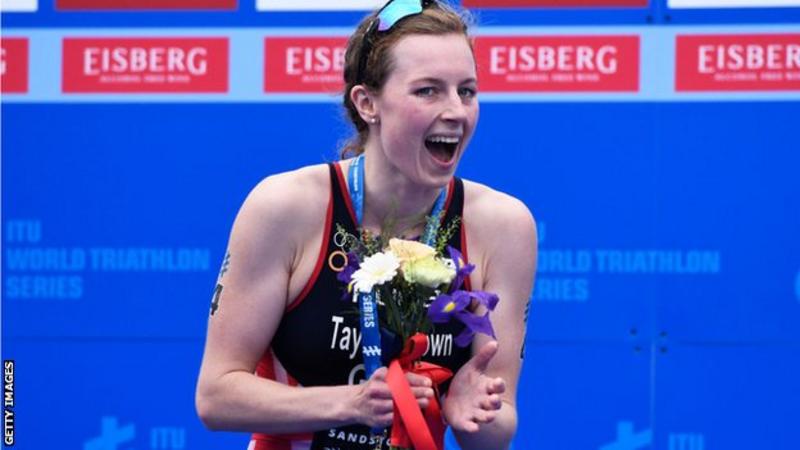 The 25-year-old World Championship bronze medallist was second 12 months ago, but crossed the line in one hour 55 minutes 46 seconds to take gold.

In the men’s race – won by Australia’s Jacob Birtwhistle – Tom Bishop was the highest-placing Briton in 13th.

Alex Yee was 15th, with Olympic medallists Jonny and Alistair Brownlee 35th and 44th respectively. Double Olympic champion Alistair was making his first appearance at a World Triathlon Series race for the first time since 2018.

‘I was definitely running in a panic’

Taylor-Brown told BBC Sport she had “a little tear in her eye” and victory “felt incredible”.

On leading throughout the run, Taylor-Brown said: “It’s such a hard position to be in, I was constantly looking behind.

“I thought she was going to catch me. I was definitely running in a panic.

“I went for it because I was numb, my feet were so cold I couldn’t feel them.

“We worked really well as a group and communicated well, everyone played their part.”