Former world number one Caroline Wozniacki cruised past error-prone Samantha Stosur 6-3 6-2 to reach the second round of the U.S. Open on Tuesday.

The Dane, who is the highest seed left in the draw after top seed Simona Halep fell in the first round on Monday, needed less than 90 minutes to get past the Australian, who committed 34 unforced errors and eight double faults. 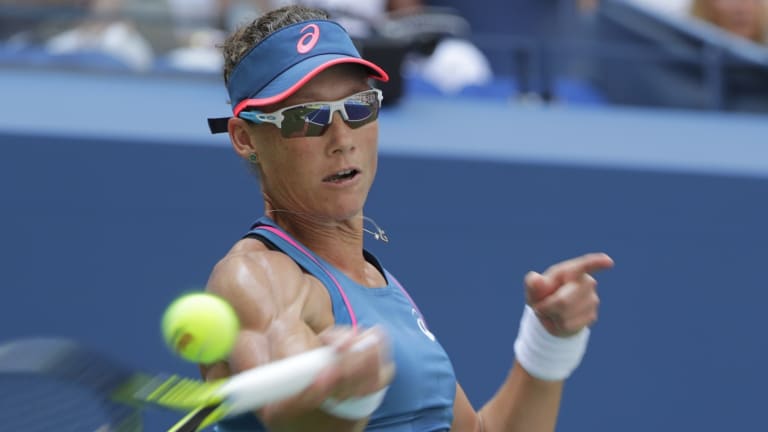 Well beaten: Sam Stosur is out of the US Open.

The quick and comfortable win was a relief for the 28-year-old Wozniacki, who was able to get out of the blistering New York heat in relatively short order and save energy for her second-round match against Ukrainian Lesia Tsurenko.

"I'm just thinking I'm on the beach with a margarita in my hand," Wozniacki said when asked about coping with the heat during an on-court interview.

The second seed showed no sign of the knee injury that forced her to retire midway through her match against Kiki Bertens at the Cincinnati Open earlier this month, moving well throughout the match.

The veteran Stosur, the tournament's 2011 champion, briefly looked like she might deliver a second big upset in the women's draw when she broke Wozniacki early in the first set but the Dane broke right back to take a 4-3 lead she did not relinquish. 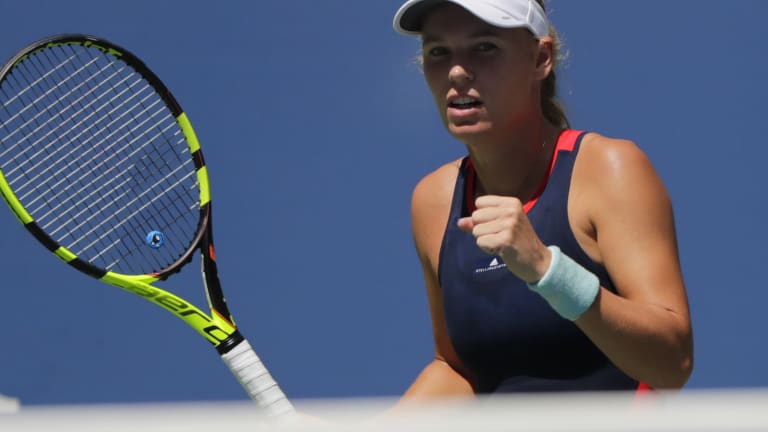 Job done: Caroline Wozniacki is moving on to the next round.

The second set was more straightforward as Stosur struggled to control her forehand on a hot day that sent balls flying and overheated fans into the shady sections of Arthur Ashe Stadium.

"I'm happy that I got through this one," she said. "I'm going to celebrate the win today and tomorrow think about the next one."