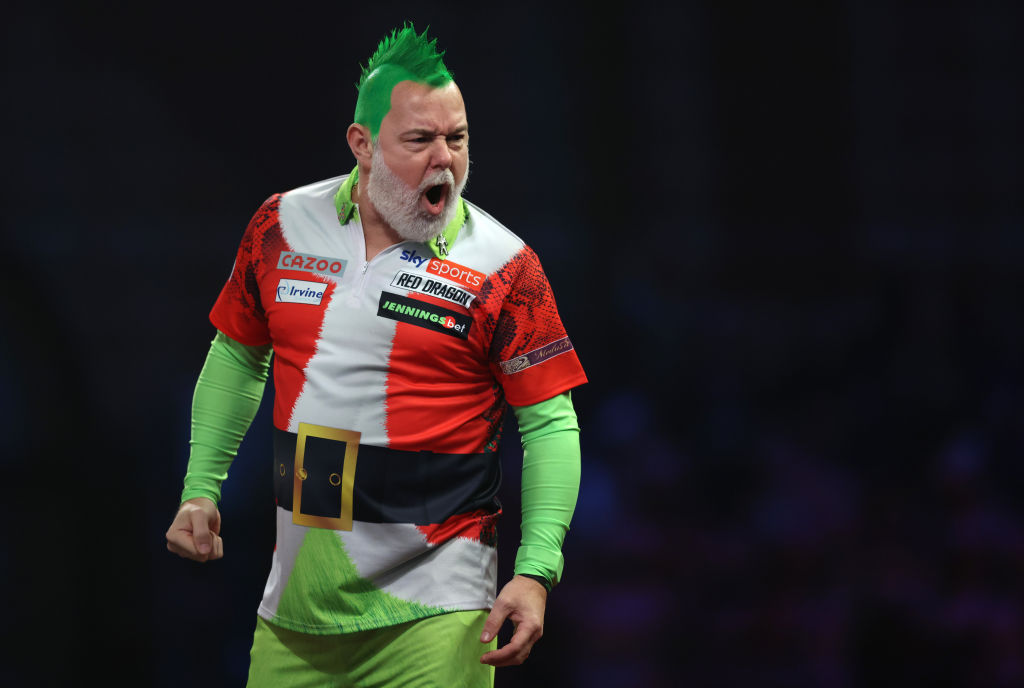 Peter Wright says he’s got a few new sets of darts to try before he returns to the Alexandra Palace stage, having left unhappy with his overall performance in his opening contest.

The defending world champion only needed to average 88.34 in a 3-0 win over Mickey Mansell, which books his place in the third round after Christmas.

It was as comfortable a victory as he could have imagined, without having to get anywhere near his best, which left him disappointed with his performance, but very happy to progress.

‘Obviously I’m not happy with my performance but it’s a win, I’m happy and the defending champion is still in,’ Wright told Sky Sports.

‘I wanted Mickey to push me but I think fatigue set in for him and his darts weren’t reaching like they were in his first game when he played really well.’

The tinkerman of the oche also said he might be back for his next match with different arrows, adding: I’ve got a few new sets of darts to try out between now and after the Christmas break!’

Wright is well known for switching up his equipment on a regular basis, even as regularly as in the middle of legs and he went into that match with Mansell not knowing which darts he would use just hours before the contest.

Speaking earlier in the evening on Thursday, Sky Sports pundit Wayne Mardle asked if he knew which arrows he would be using that very night.

‘No. It doesn’t matter,’ Wright said. ‘It’s the gold ones, which I won with last year, or the first World Championship ones.’

‘It’s really good. I normally have about five or six.’

Whichever darts he comes back with, Wright will be taking on either Kim Huybrechts or South African Grant Simpson who stunned Irishman Keane Barry in the first round on Thursday.