The event will also see the return to the ring for the Heartbreak Kid himself, Shawn Michaels as his teams up with D-Generation X pal Triple H to take on The Brothers of Destruction – The Undertaker and Kane. 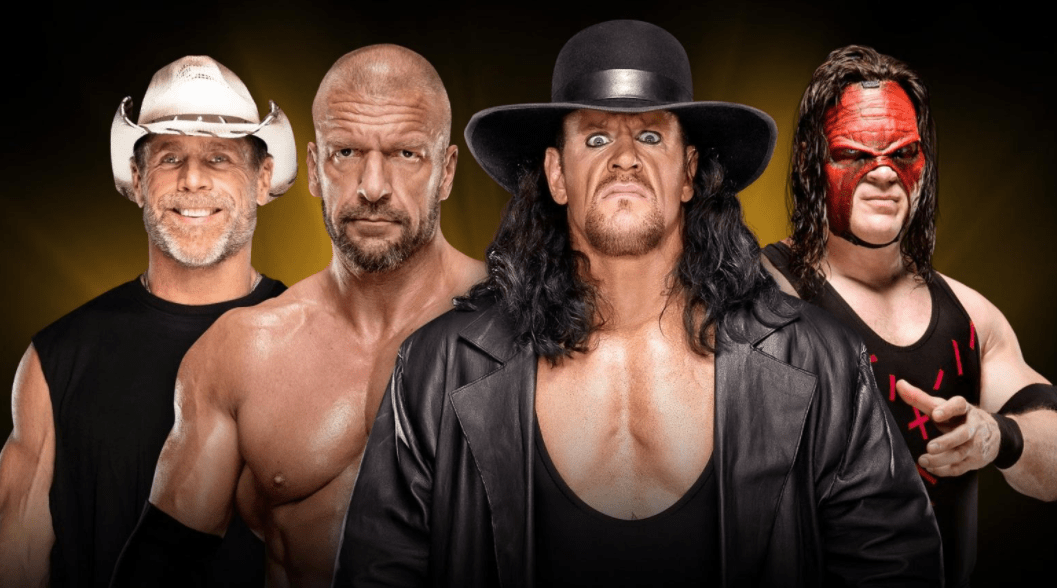 Elsewhere on the show, AJ Styles faces Samoa Joe for the WWE title and a new Universal champ will be crowned when Braun Strowman takes on Brock Lesnar for the vacant belt.

Eight superstars from Raw and Smackdown will battle for the inaugural World Cup.

When is WWE Crown Jewel?

The show gets going at 4pm UK time.

You can watch the show on both the WWE Network and Sky Sports Box Office.

What is the full card?

How can I watch WWE Crown Jewel for FREE and is there a live stream?

WWE’s Crown Jewel will be streamed live on the WWE Network on Friday, November 2.

By subscribing to the WWE Network you will get a 30-day free trial, after this period you will be charged £9.99-a-month until you cancel your subscription.

You can sign-up to WWE’s Network by clicking here.

Alternatively you can buy the event on Sky Sports Box Office for a one-off cost of £14.95.

Sky Sports Box Office will also be showing repeats at 8am, 1pm, 6pm and 11pm on Saturday November 3.