HULK HOGAN has shared a sweet throwback shot of him hugging boxer Mike Tyson with the message "before the sport world had us going at each other."

The two stars were among sport's biggest entertainers in the 1980s and 90s and had once looked to destined to square off at WrestleMania. 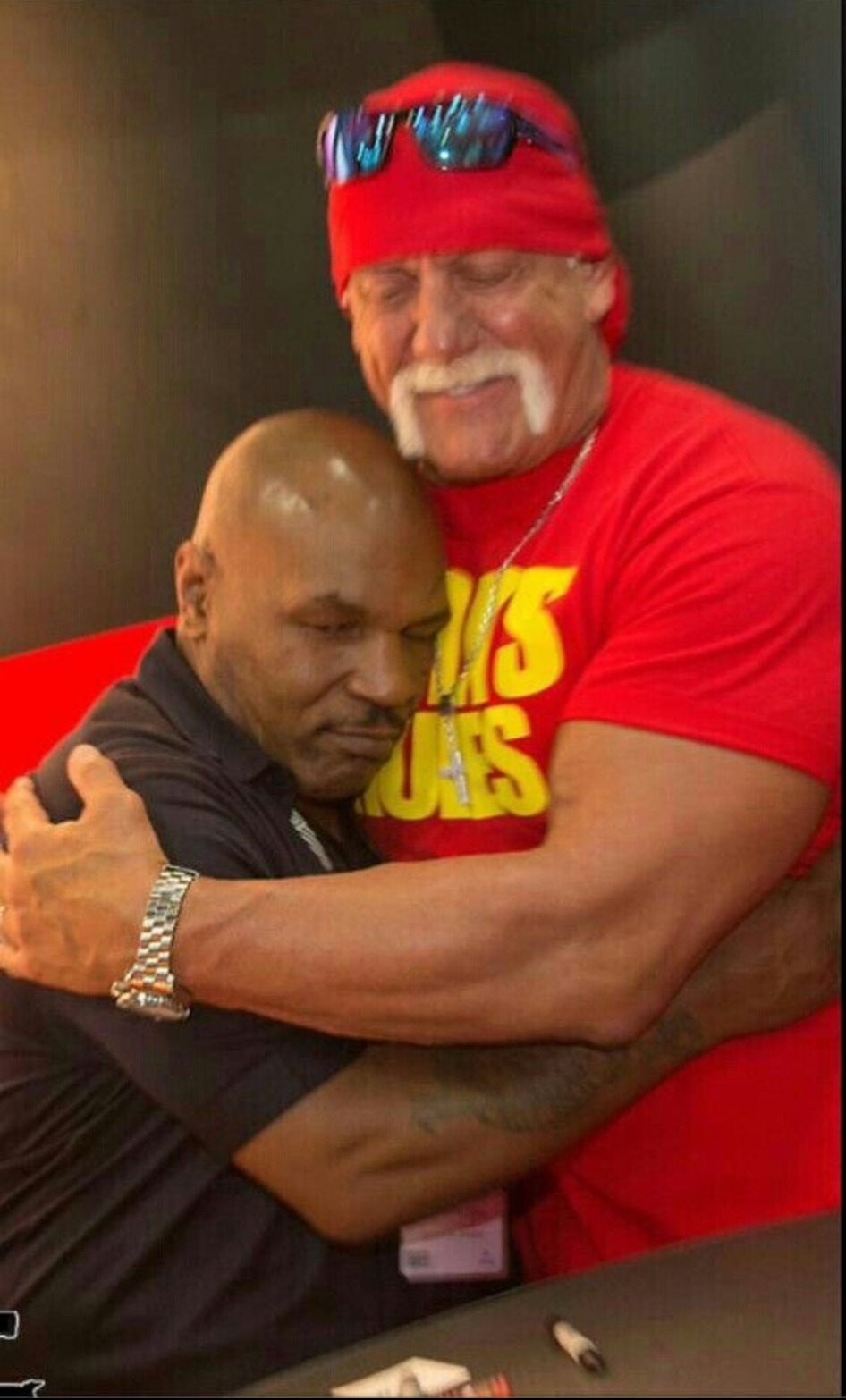 Iron Mike, who was inducted into the WWE Hall of Fame in 2012, shocked the world when he burst into the pro wrestling scene at the turn of the millennium.

The self-proclaimed “Baddest Man on the Planet” served as the special enforcer in Shawn Michaels and Stone Cold Steve Austin’s clash at WrestleMania 14 in 1998.

Tyson was initially supposed to referee the WWF Title match between Hogan and Macho Man Randy Savage in 1990.

But his shock defeat to Buster Douglas at the Tokyo Dome earlier that year saw the heavyweight champion disappear from the public eye.

Douglas, now 59, then replaced Tyson for the WWE spot and was provoked into knocking out Randy Savage after the match, but he retired from boxing later that year after losing his world title to Holyfield.

You always talk about who’s the best and who would win in wrestler vs. boxer. And there probably were not two bigger stars in the galaxy than Hulk Hogan and Mike Tyson at the time

Speaking on his Something To Wrestle With podcast, he revealed WWE hoped Hogan would face Tyson on pay-per-view but neither wanted to lose the scripted fight.

He said: “The prospect of actually having Hulk Hogan vs the Baddest Man on the Planet, Mike Tyson, without a doubt is always going to be discussed.

“I don’t care who’s in what place, you always talk about who’s the best and who would win in wrestler vs boxer.

“And there probably were not two bigger stars in the galaxy than Hulk Hogan and Mike Tyson at the time. So yeah, it was discussed.

“But the reality of ever getting to that? What the hell do you do with it. You can’t beat Tyson, you can’t beat Hulk. And it was not a situation where both guys could look good.”

Thirty years on from their match that never was, Hogan delighted fans by sharing a sweet picture of himself in a close embrace with Tyson.

The Hall of Famer wrote: "This is one of my favourite pics, years before the sport world had us going at each other, only love 4 the Champ."

One fan wrote: "I can only imagine what an awesome tag team you guys would have made."

Another said: "Iron Mike has come back to the ring – now we need Hulk-a-Mania."

A third added: "The Iron and the Immortal."