Millions of viewers in the US tuned in to watch the WWE legend hit his Sixth Move of Doom on the 44-year-old comedian. 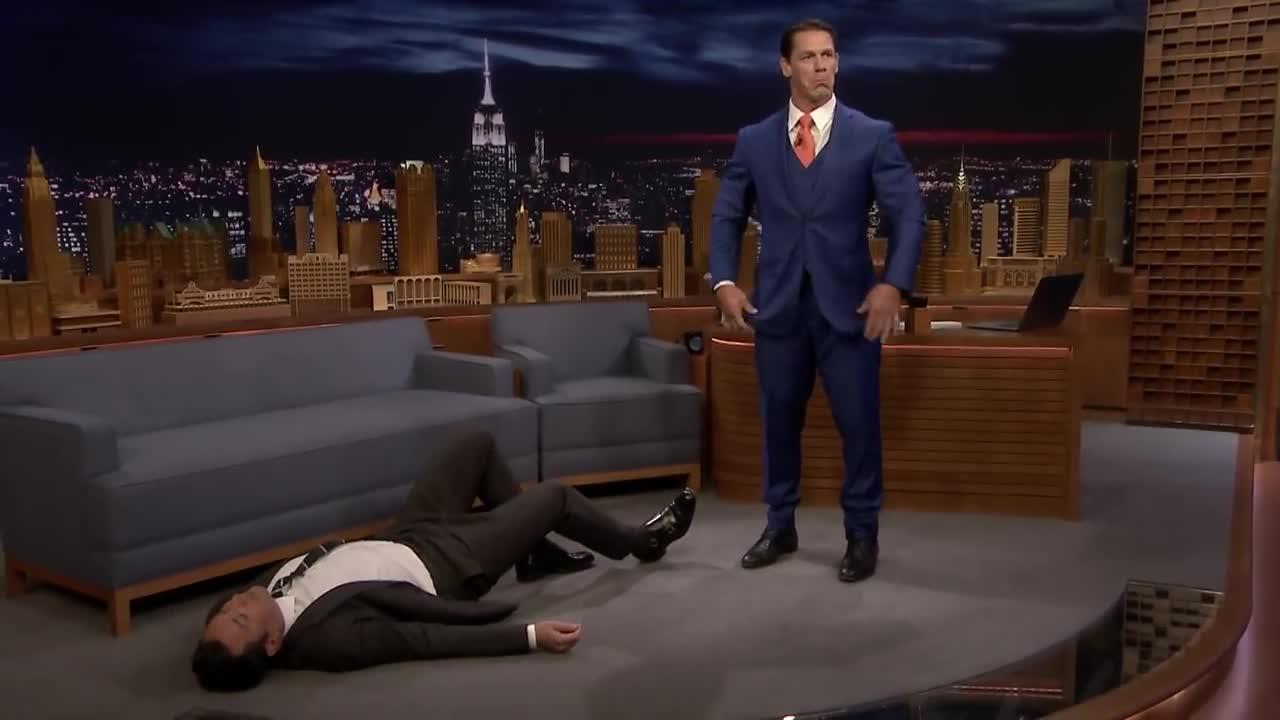 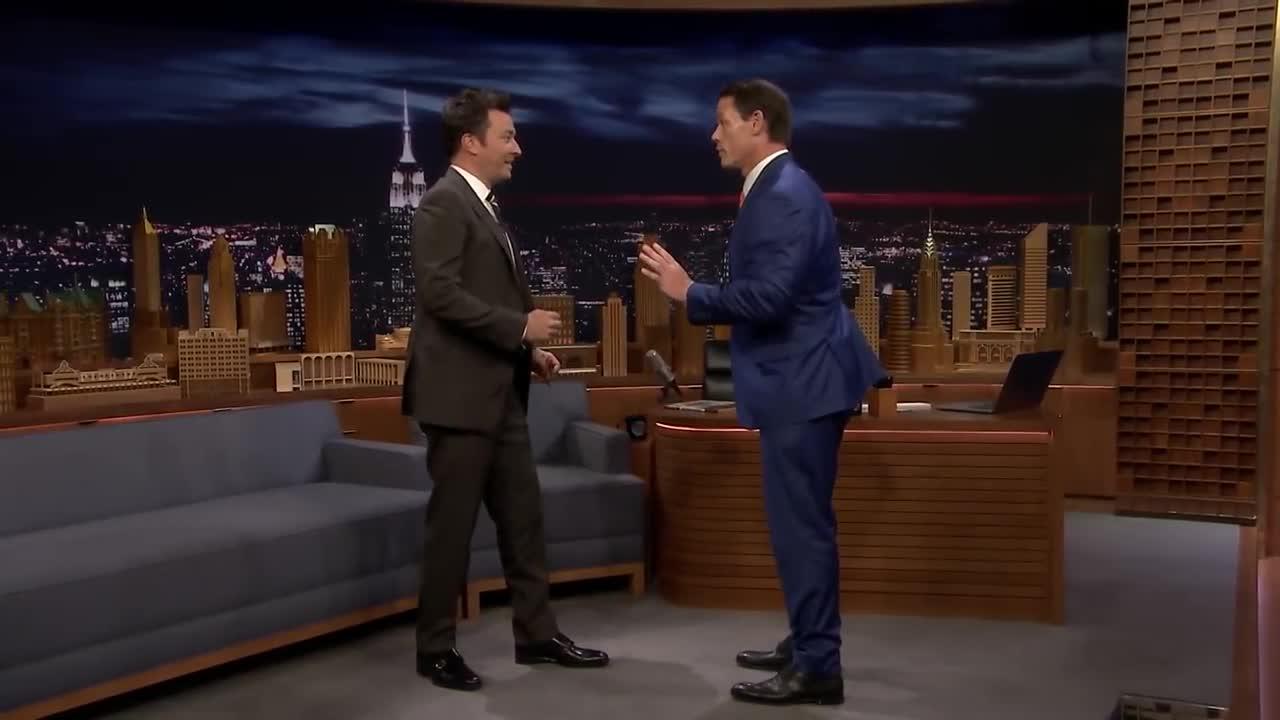 Luckily for Fallon, the 16-time world champ had no interest in laying the smack down for real during his appearance on the hit American TV show.

Cena, 41, is back in his homeland after spending the last six months in China filming his latest Hollywood movie with Jackie Chan.

He has been making numerous television appearances while in the States to promote his new children’s book Elbow Grease.

The Leader of the Cenation made his return to the WWE ring on Saturday at Super Show-Down as he teamed with Bobby Lashley to defeat Kevin Owens and Elias. 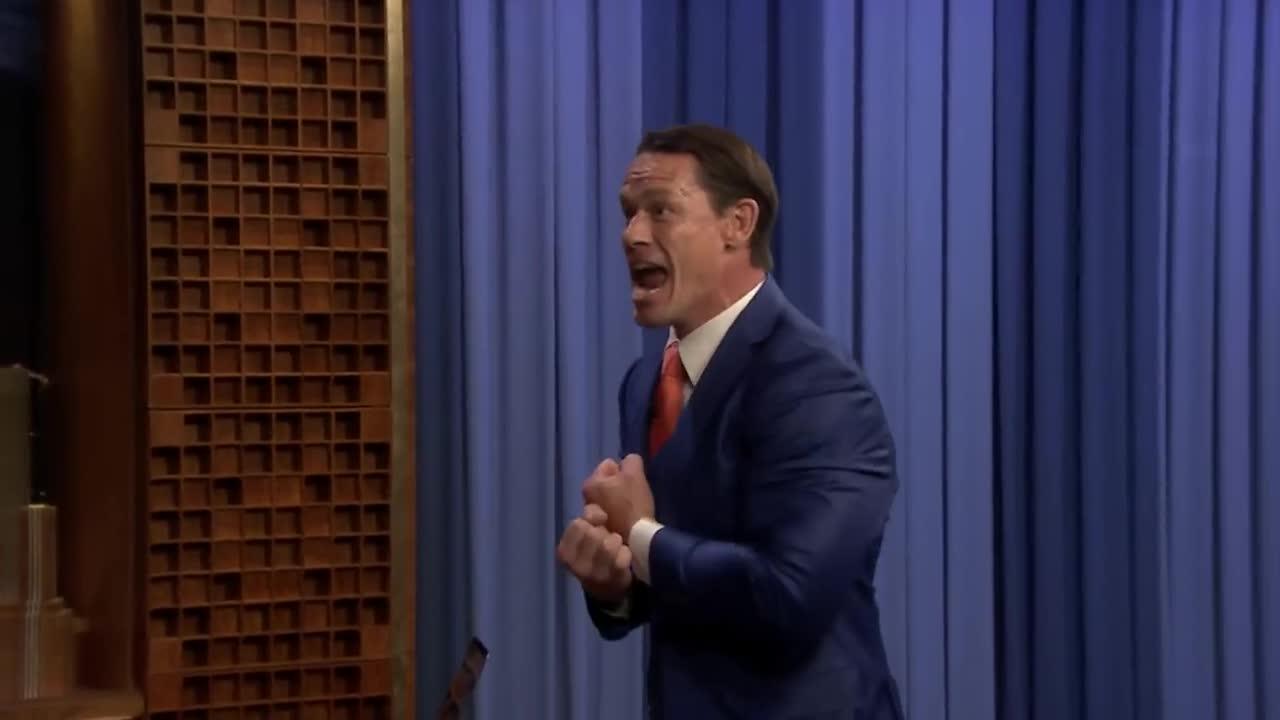 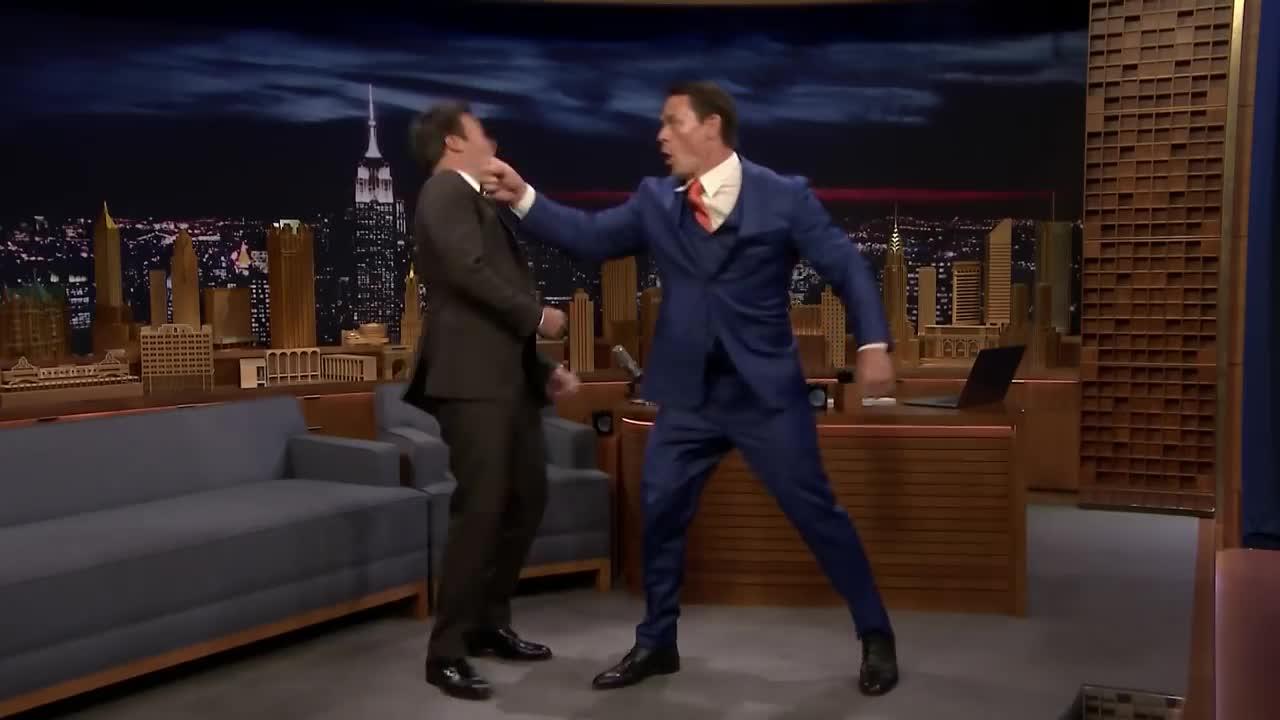 But it was not his victorious comeback that has people talking… it is the veteran’s new-look long hairstyle.

And Fallon could not help asking Cena about it, to which the wrestler replied: “I had to grow it out for a role, and I'm trying my best to manage it as they style it differently on the set. I was asked to grow it out, I said, ‘No problem’.

“I left for China, so the last time people saw me, I had like the traditional, short crew cut. And now I came back, and just this ball of wax that's on my head.

“So, now everybody is like, ‘Man, you ruined my childhood!’ Or like I came back and wrestled in Australia this Saturday, and it really was met with some heavy negativity.”

WWE confirmed Cena’s next match with the company earlier this week.

The Leader of the Cenation will compete in the World Cup tournament at WWE Crown Jewel on November 2 at the King Saud University Stadium in Saudi Arabia.

Randy Orton and Jeff Hardy joined Cena and Kurt Angle in the competition after defeating Big Show and Samoa Joe on Smackdown. 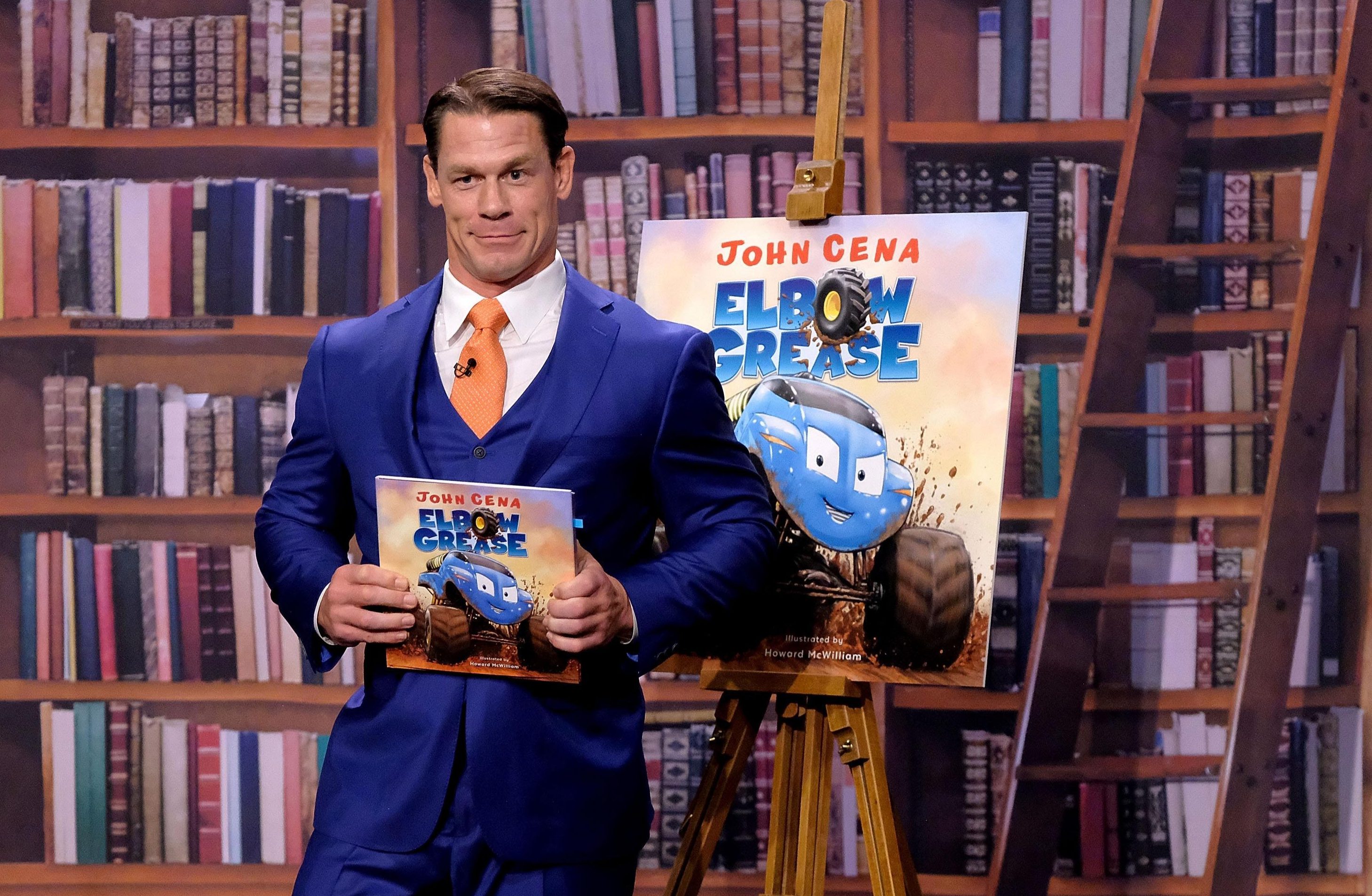 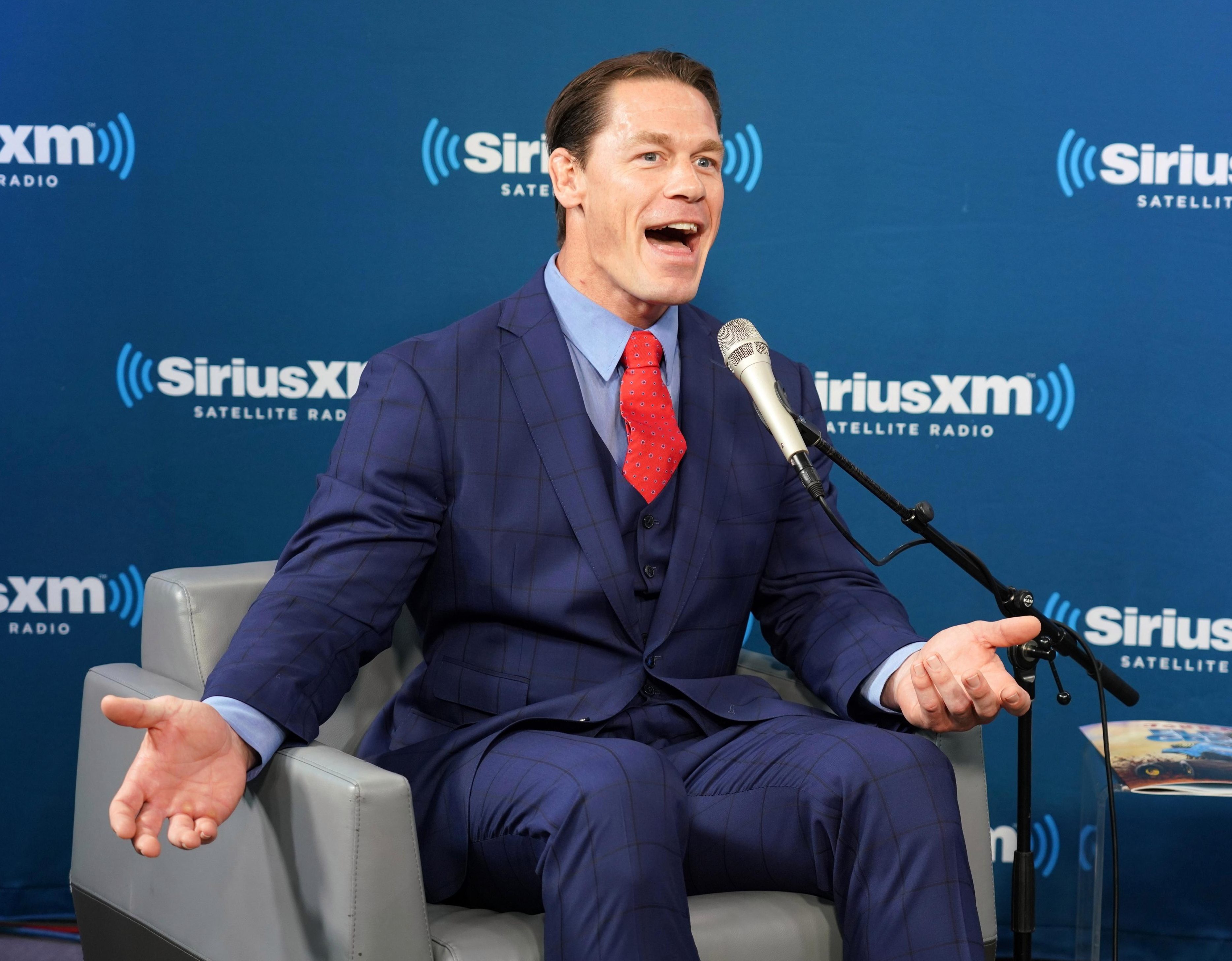