WWE legend Batista used to hide inhalers under the ring in case of an extreme asthma attack.

The wrestling icon struggles with the respiratory condition and had to take the measures to avoid having an episode mid-fight. 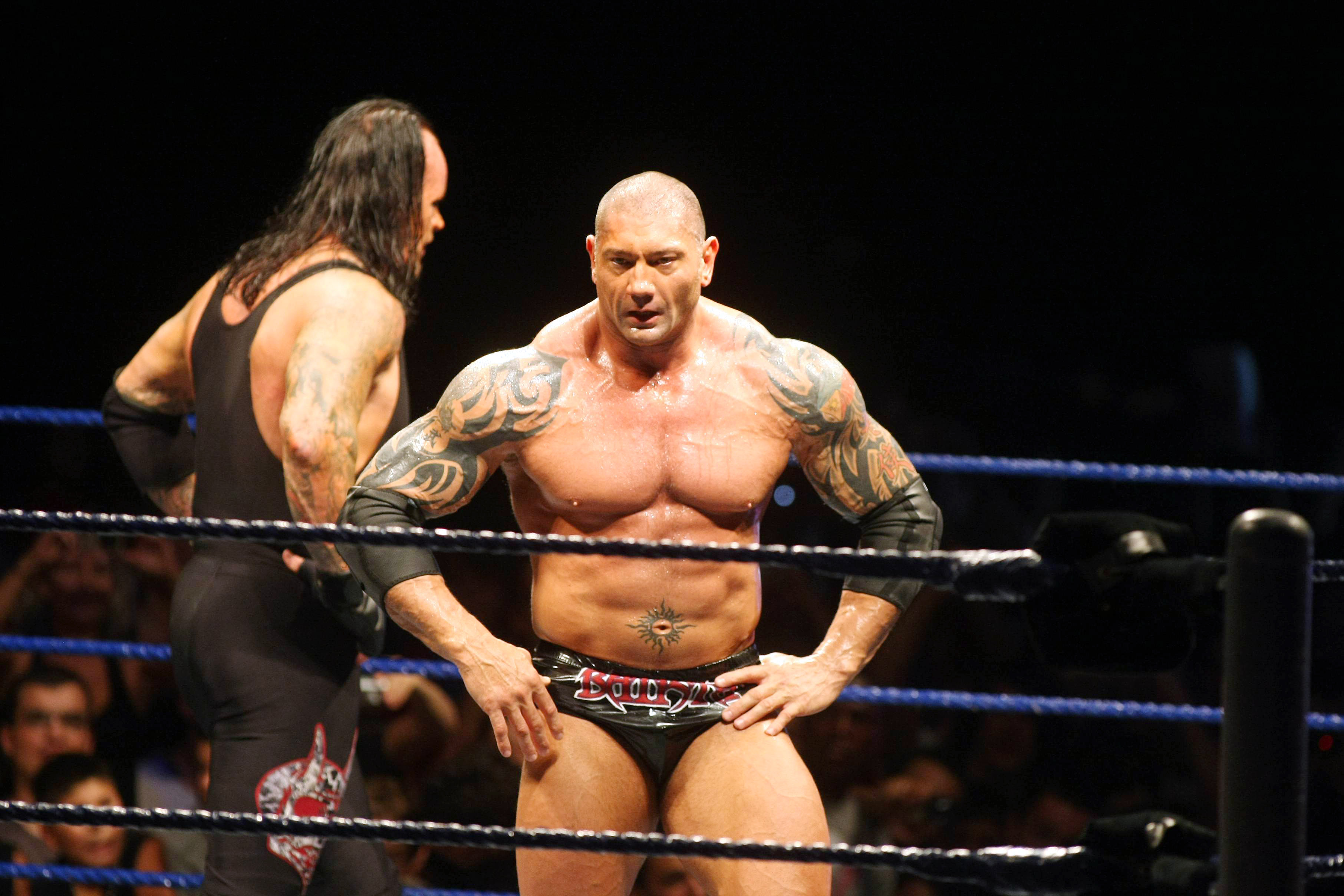 The Hall-of-Famer has documented his battle in the past and said cold arenas were a 'nightmare' for him.

And the 51-year-old has revealed what it took to balance a top level wrestling career and the sometimes debilitating condition.

"That’s what I would look like if I was trying to hide that I was having an asthma attack.

"Well not all orange and bloated with a comb-over and a bad suit but otherwise yeah, I recognise that struggle to breathe."

One user wrote: "If I was breathing like that I'd be reaching for my inhaler."

And Batista quickly replied: "I reached for my inhaler watching him struggle to breath.

"It’s like a guy's reaction to watching another guy get kicked in the balls."

Another user replied again and asked: "Knowing you have asthma makes your work in the ring even more impressive.

"Ever have an attack mid-match? Was your inhaler kept at ringside?"

And the American WWE star admitted: "I hid inhalers under the ring and with people working around the ring.

"I’m not kidding. The cold venues were my nightmare."

The six-time world champion previously admitted his asthma meant he struggled to take part in matches that lasted more than than half an hour.