GOLDBERG is coming out of retirement again to face Dolph Ziggler at SummerSlam.

The wrestling legend, 52, shocked the WWE Universe by emerging to sign a contract to face the Show Off at the conclusion of Monday Night Raw. 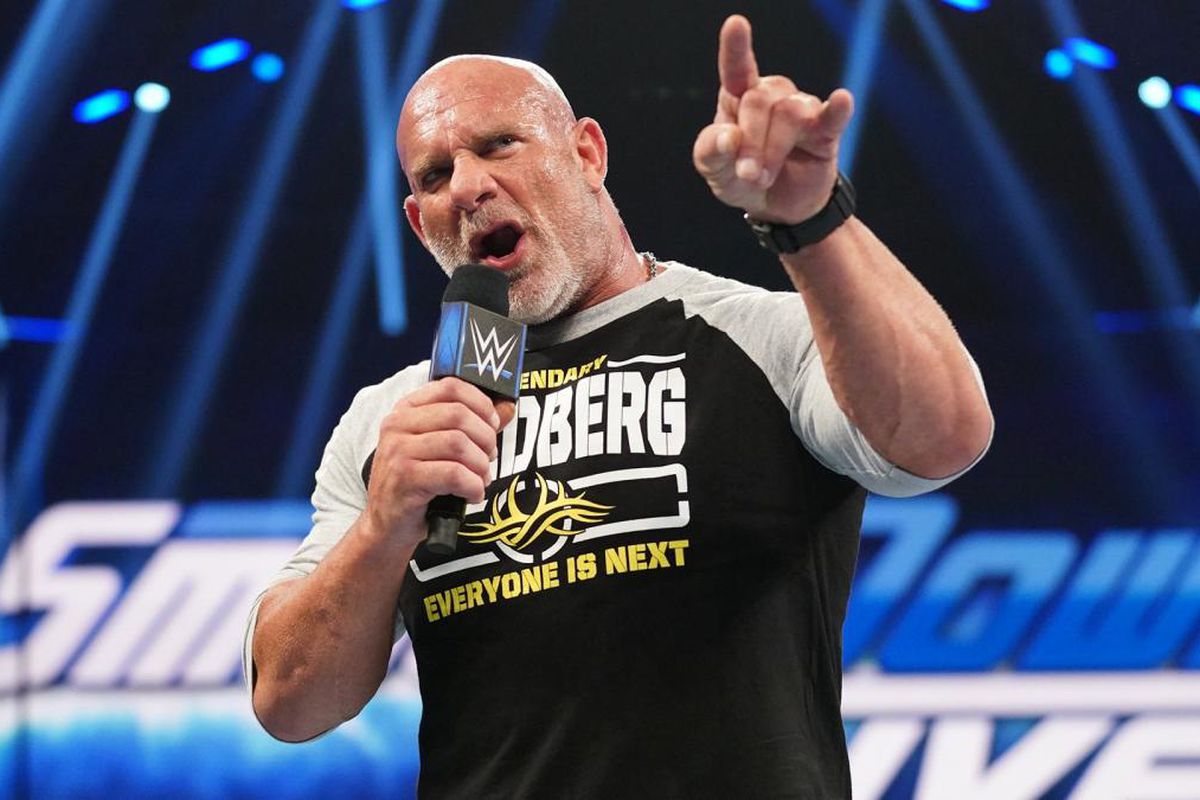 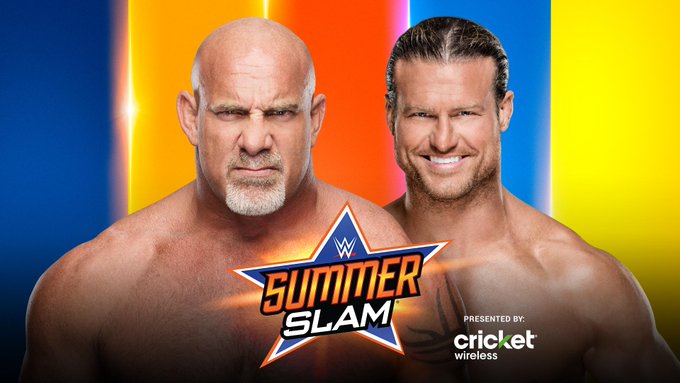 It comes just two months after his ill-fated match against The Undertaker in Saudi Arabia drew heavy criticism after a botch-filled bout.

WWE had previously announced Ziggler would take on The Miz at the Biggest Party of the Summer.

However, the A-lister pulled a rabbit out of the hit, along with a little help from Shawn Michaels, to surprise his foe with the former Universal Champion.

A contract signing was held in Raw for the planned match with both competitors and HBK all in the ring.

But after Ziggler had put pen to paper on the agreement, Miz dropped the bombshell that he could not wait to get his hands on his foe next Monday.

Miz then informed the bemused Ziggler that he should have checked the fine print as suddenly Goldberg hit the ring.

The Hall of Famer marched to the squared-circle and signed the paperwork himself before telling Ziggler: “You’re next!”

But just as fans were waiting to see him hit his famous jackhammer or spear, it was his fellow icon Michaels who would have the last word.

HBK, who was laid-out by Ziggler with a superkick on SmackDown a fortnight ago, gained revenge by striking him with ferocious Sweet Chin Music to close Raw.

Goldberg revealed he suffered a concussion as he endured a nightmare WWE return against Undertaker in June.

The ex-WCW star battled The Dead Man in a dream match at Super ShowDown in Jeddah but the error-strewn clash had fans fuming.

Taker also looked furious after he claimed victory and afterwards Goldberg, who busted his head open during contest, took to Twitter to answer his critics and admit he had let down his supporters with his performance.

He wrote: “Knocked myself out and thought I could finish…. love my fans…..but let u down. Everyone else that found ‘pleasure’ ….. hope ur happy.”

The match was Goldberg’s first in over two years since he lost to Brock Lesnar at WrestleMania 33, but despite it lasting just under nine minutes, it was heavily criticised.

It began in explosive fashion as the Goldberg hit Taker with two spears before his physical condition quickly declined after colliding head first with a ring post, which is widely-believed to be when the concussion occurred.

He continued to fight and attempted to hit the Reaper with a jackhammer, but the weary Goldberg could hardly lift him and he ended up dropping Taker on his neck.

Worse was to come as Goldberg narrowly avoided a broken neck.

Undertaker lifted Goldberg up to hit his famous Tombstone piledriver, but the latter failed to tuck his head inbetween Taker’s legs, and that caused a sickening collision as the top of his skull struck the apron upon impact, bending his neck in the wrong direction.

Goldberg continued to battle through and attempted to hit his own Tombstone, but he was unable to lift the WWE icon again as both men slumped to the mat after dropping him.

Mercifully, the match ended as Taker hit him with a chokeslam and claimed the pin, but he looked to be just as angry as the fans after the bell over the finish.

Now Goldberg has an opportunity to right that wrong and bow out with a victory and performance his career deserves against Ziggler.

You can watch SummerSlam live this Sunday from midnight on the WWE Network.