WWE News: Bayley Comments On Storyline With Sasha Banks, And Why She Prefers The Slow Build

The onscreen rivalry between Bayley and Banks, which has been built up slowly over the past few months, has yet to lead to a conclusive match between both women.

For the past few months, Bayley and Sasha Banks have been teasing a rivalry on Monday Night Raw. While it seemed obvious at one point that Banks had turned on Bayley when she attacked her in a backstage segment shortly before WrestleMania 34, it wasn’t long before both women were on the same page once again, competing together in tag team matches with few obvious signs of dissension. As far as Bayley is concerned, that’s all fine with her, as she recently commented on the ongoing storyline with the “Legit Boss,” and why she has no problem with how WWE has seemingly opted for a “slow build” for their storyline rivalry.

In an appearance on the Sky Sports Lock Up podcast, Bayley mainly focused on her feud with Sasha Banks, and her thoughts on the ongoing storyline, which has been heavily criticized by many WWE fans. As quoted by Wrestling Inc., Bayley said that she grew up watching wrestling feuds with slow builds, where it took months for storylines to develop, as viewers got progressively more interested in the twists and turns these storylines would take.

“You wanted to see the big blow-off match, and I like that stuff because that’s what I grew up watching,” said Bayley.

As seen in show reviews from publications such as Adventures in Poor Taste, not too many fans have been enjoying how WWE has booked Bayley and Sasha Banks since both women started hinting at a feud. However, Bayley told Sky Sports Lock Up that WWE’s slow approach works well for her for another reason, as she understands that there are many other wrestlers whom the company needs to feature on its television programs, particularly Monday Night Raw and SmackDown Live.

“There are so many people on the roster, there’s so much going on and there’s so much content that we sometimes rush through things, so maybe that’s what we get used to, and what [fans are] expecting.”

As Bayley is evaluating her status on Monday Night Raw through the eyes of a performer, she said that she has no problem with her storyline with Sasha Banks taking a back seat, but acknowledged that she isn’t an actual viewer, which could mean fans see things in a different perspective from her. She added, however, that she would like to face Banks at WWE’s next major pay-per-view, SummerSlam, in August, as both women potentially revisit their highly acclaimed rivalry from their days in NXT.

“Any time I get to wrestle Sasha, I always want to do it. For SummerSlam to be in [the Barclays Center], I don’t know if I would be able to hold my tears back, but I’d love to do it,” Bayley said, adding that having her feud with Banks culminate at such a high-profile event is one of her current goals.

Covid deaths in care homes DOUBLE in a fortnight 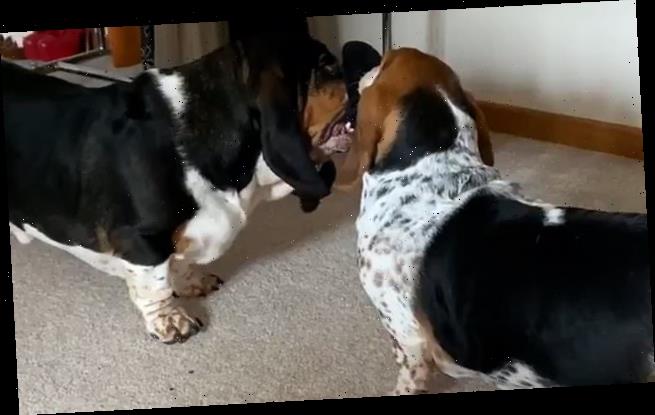