Led by Adam Cole (Bay Bay!), the foursome of the former North American Champion, Bobby Fish, Kyle O’Reilly and Roderick Strong are preparing for another huge main event on Saturday. 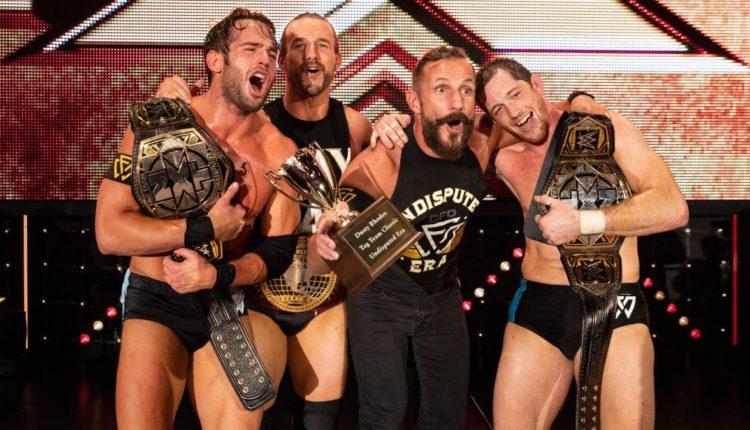 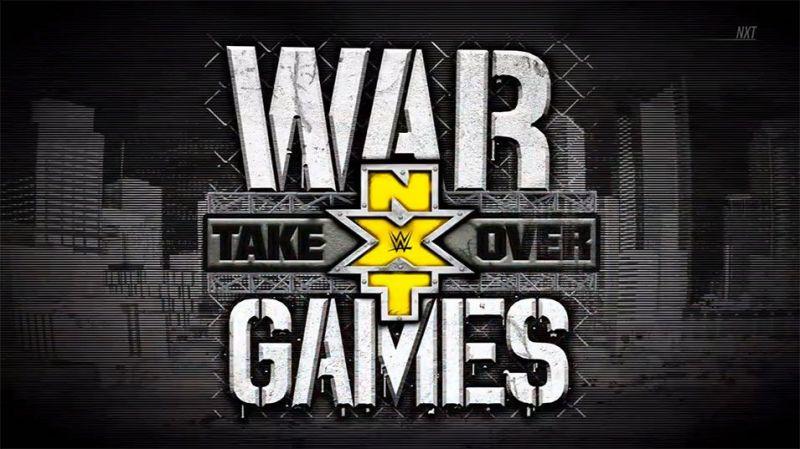 They will do battle against War Raiders, Ricochet and Pete Dunne inside the hellacious WarGames structure at NXT Takeover.

Despite still not debuting on the main WWE roster, the group are already one of the most popular stables in the entire wrestling world.

And WWE legend and NXT founder and senior producer Triple H is expecting them to put on their most best performance yet at Takeover.

Speaking to SunSport, The Game said: “Undisputed Era can go anywhere they want to. 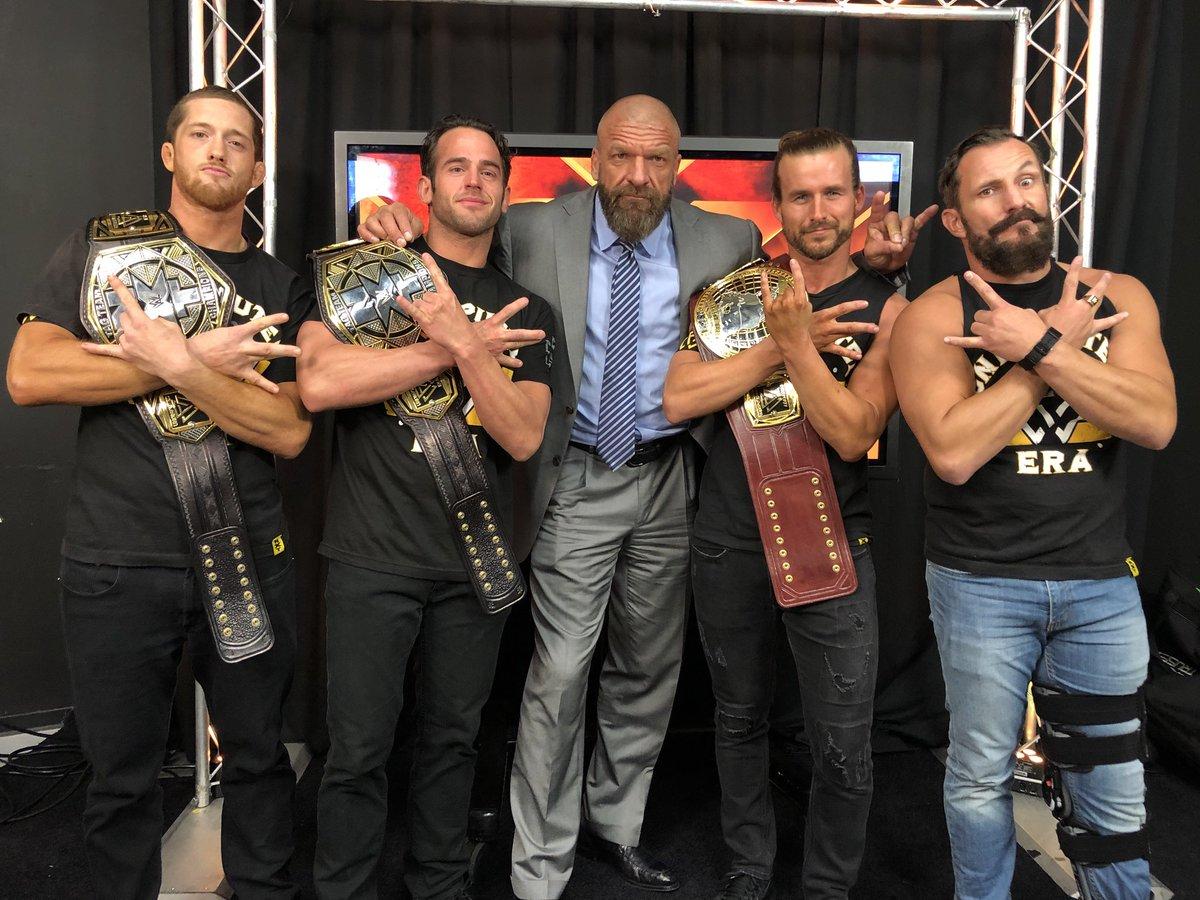 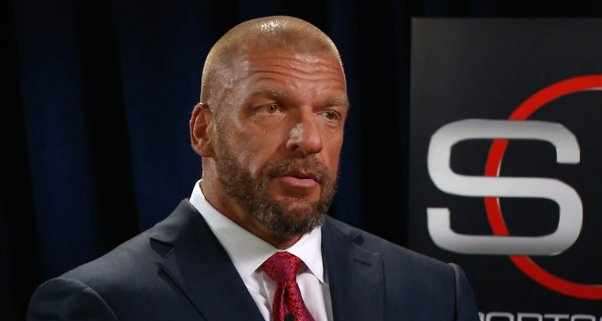 “They impressed me from the start as a group but they continue to grow and become better and better.

“I would expect this WarGames to be something spectacular because I know they will all work towards one common goal – making it the best War Games match that has ever been seen for our fans. It will be awesome.”

When it comes to iconic factions, perhaps there is no-one better in the wrestling world to ask about the potential of Undisputed Era than Triple H.

The icon formed D-Generation X along with Shawn Michaels and was also the leader of the mighty Evolution, which included Ric Flair, Randy Orton and Dave Batista.

The King of Kings certainly knows what it takes for a collection of personalities to make a group work, and he believes Cole, Fish, O’Reilly and Strong have the magic formula to reach the very top.

Triple H explained: “They can go wherever they want to go. When a group like that exists and it’s real, and there’s just something you can feel about it.

“Those guys all get along, they are really truly close and think similarly. They all have a connection between them.

“So when you see them on-screen together it is authentic. It’s not forced and it doesn’t feel like two square pegs and one round peg all trying to be on the same page. That wouldn’t quite fit and even though they might be trying to work together it’s not a polished unit.” 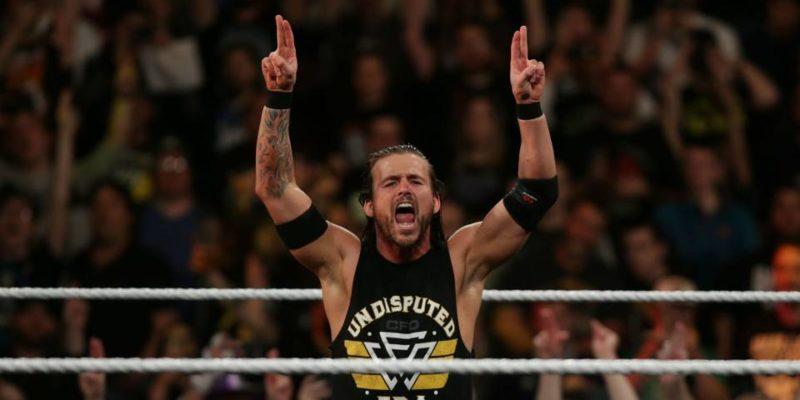 The 49-year-old, real name Paul Levesque, added: “With them it’s very seamless, it’s a bond and it shows.

“I think you see that in tag teams and in any group environment like that… when it is authentic and real that is something that just helps them to make that next step.

“So for them as a group I think it can lead to them going to wherever they want to be. 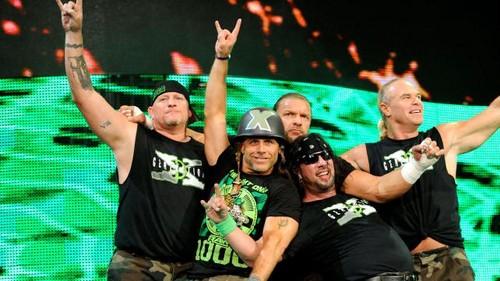 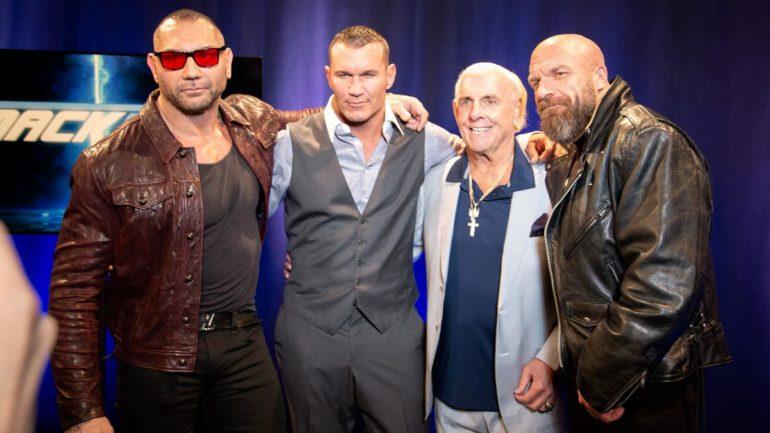 “I’ve it heard it said before about people in that group that ‘oh well, they will never make it all the way to the top because they are too small’.

“But when you’re in a group like that it doesn’t matter, and to be quite honest, if the fans want it then that’s the way it should be.”

Sign up to a 30-day FREE TRIAL on the WWE Network and watch both WarGames and Survivor Series this weekend.