Here are five things we learnt from the show last night: 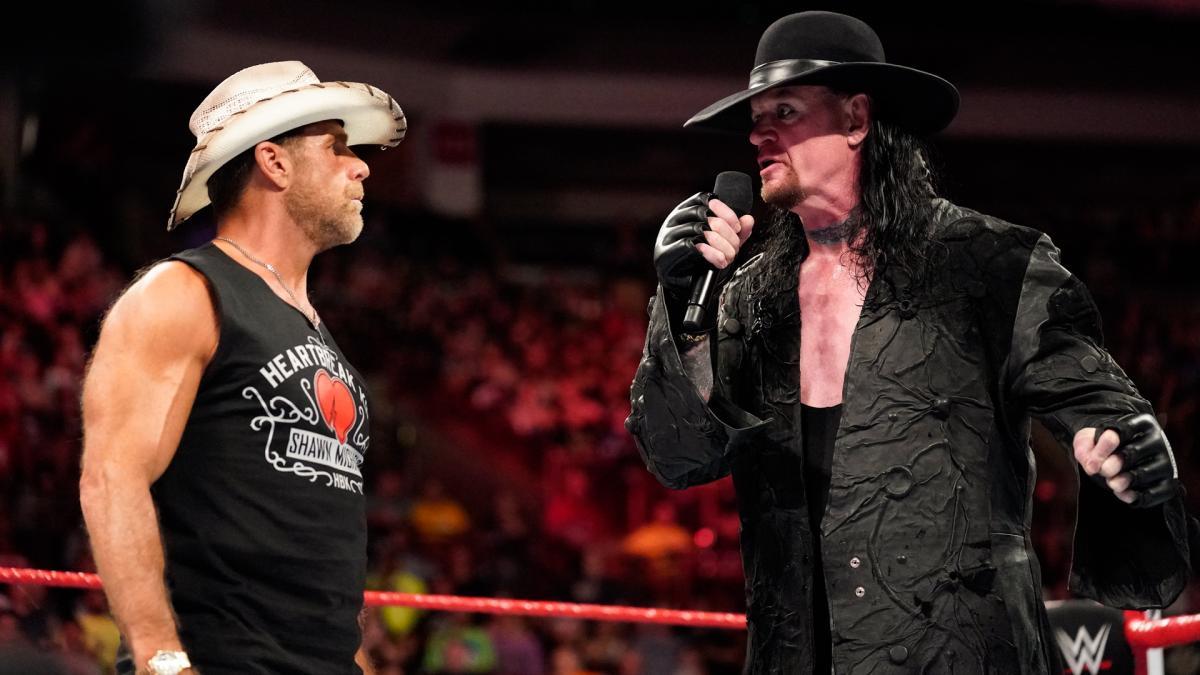 The Deadman has risen

WWE wheeled out the still-popular Shawn Michaels to promote Triple H v Undertaker at Super Show-Down in Australia next month.

HBK sent a warning to Taker, saying that Triple H has more left in the tank.

He said: “The Cerebral Assassin is going to cerebraly assassinate you.” 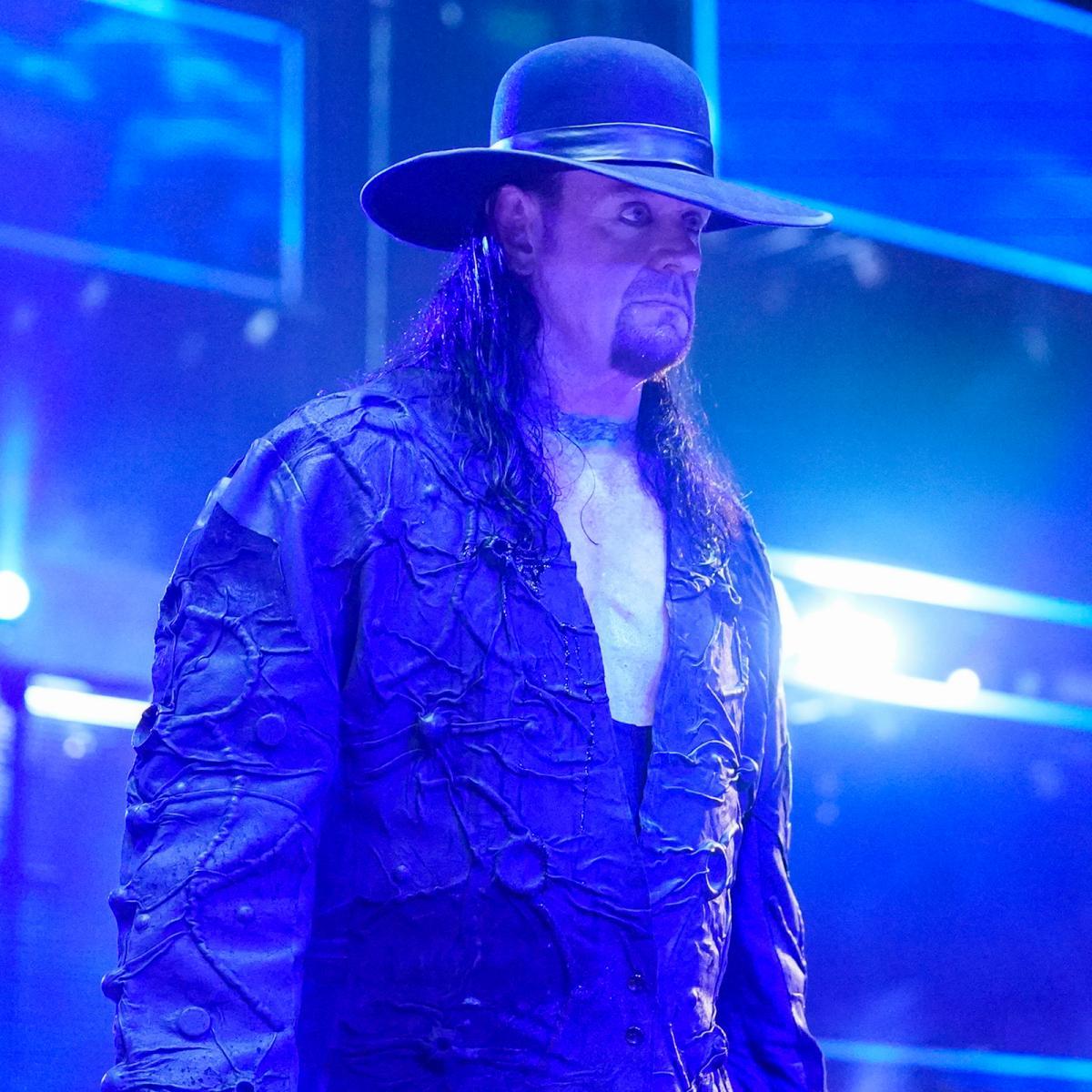 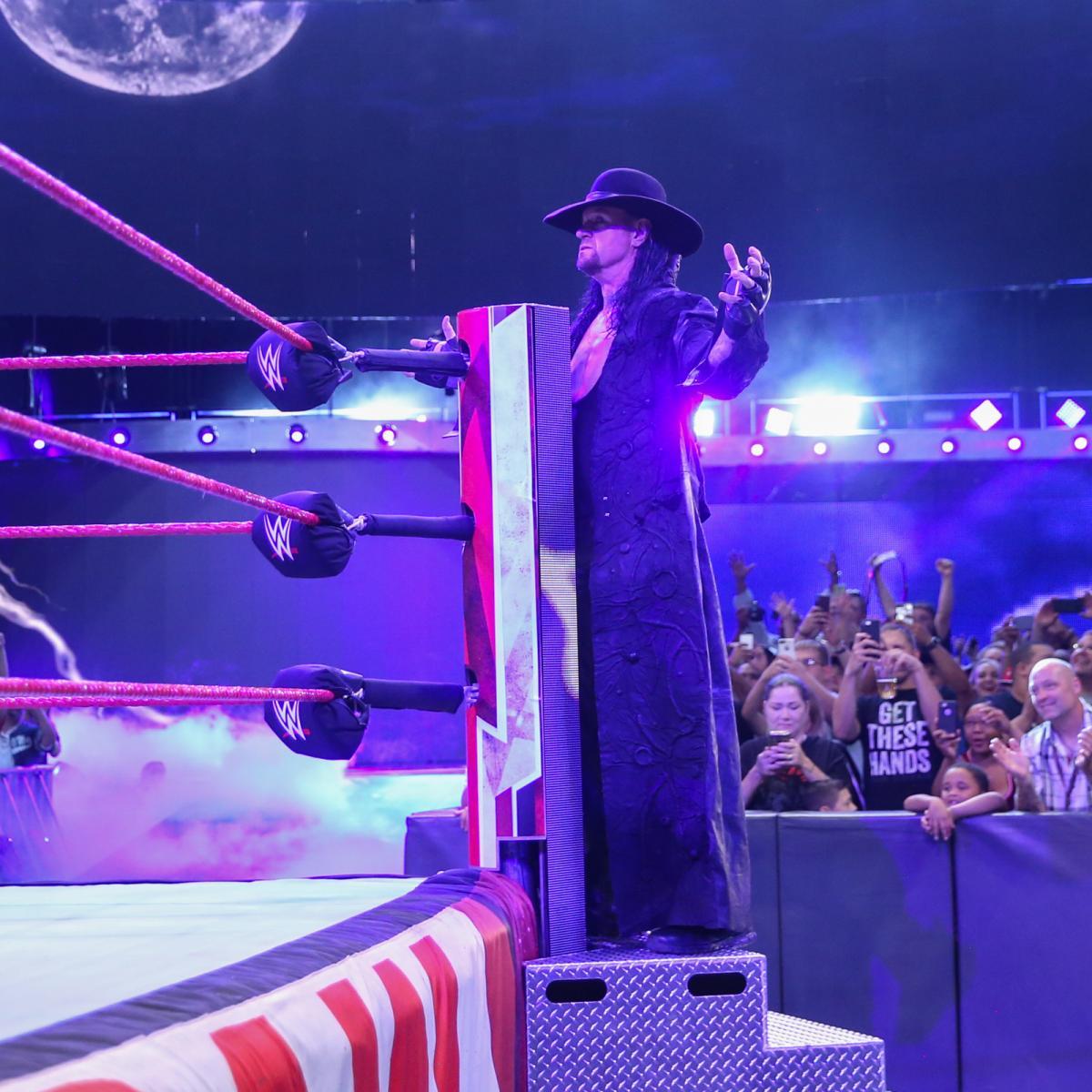 Cue the Undertaker’s trademark gongs and a skin-prickling appearance from The Phenom.

And he reminded HBK he’d already put both of them down at WrestleMania.

HBK said he’d stayed retired out of respect for Taker, which The Deadman answered with a killer line: “Is it respect, or is it fear?”

WWE is going all-out to promote what we assume will be just a 10-minute match between Trips and Taker.

The Shield have been decimated

He said he tried to do things face-to-face with Roman, but Roman runs with a pack. So now Braun has a pack of his own (a poor excuse for an unpopular creative move).

The Shield made their way to the ring, but GM Baron Corbin sent out the locker room to stop them – so naturally a huge brawl erupted as they tried to keep the teams apart. The Hounds of Justice quickly discovered that they’re not above the law when they were promptly arrested backstage and carted off in a police van.

The Shield later returned in a commandeered police van (hey, maybe they are above law after all!) to save Finn Balor from Braun, Dolph, and Drew.

But all the heels charged out to help annihilate The Shield in a genuinely shocking beat-down. Rollins was even smashed through the police van window.

So The Shield are now feuding with everyone? WWE is going to huge lengths to get babyface sympathy for Reigns, Rollins, and Ambrose. 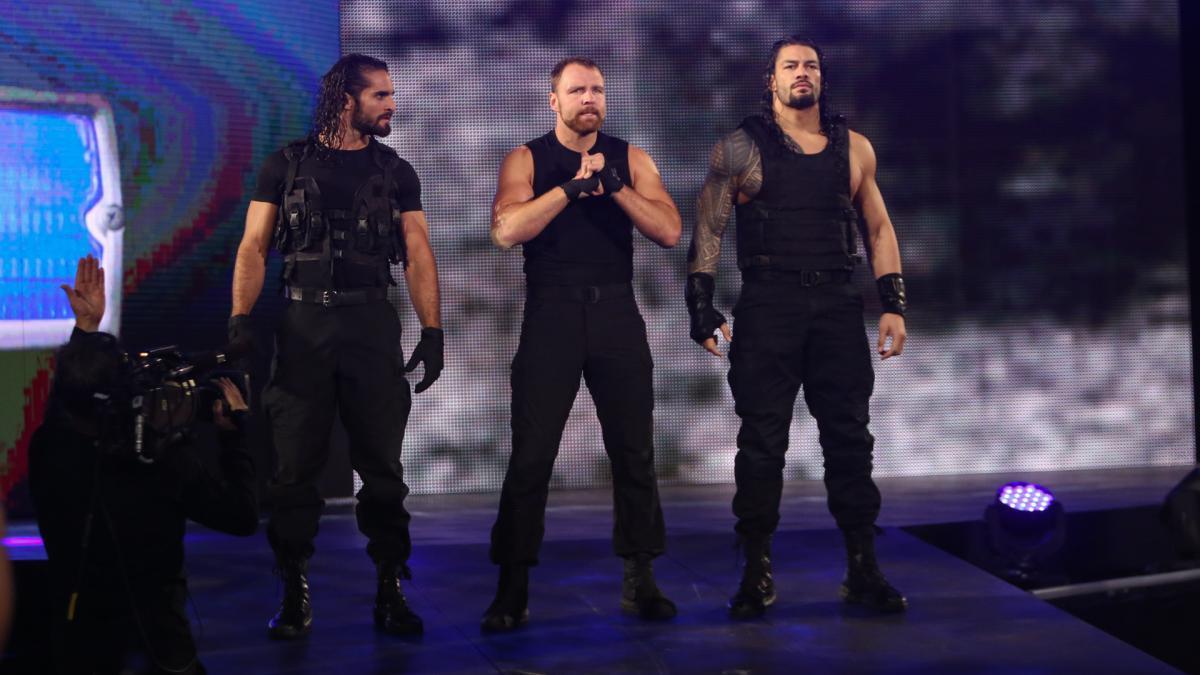 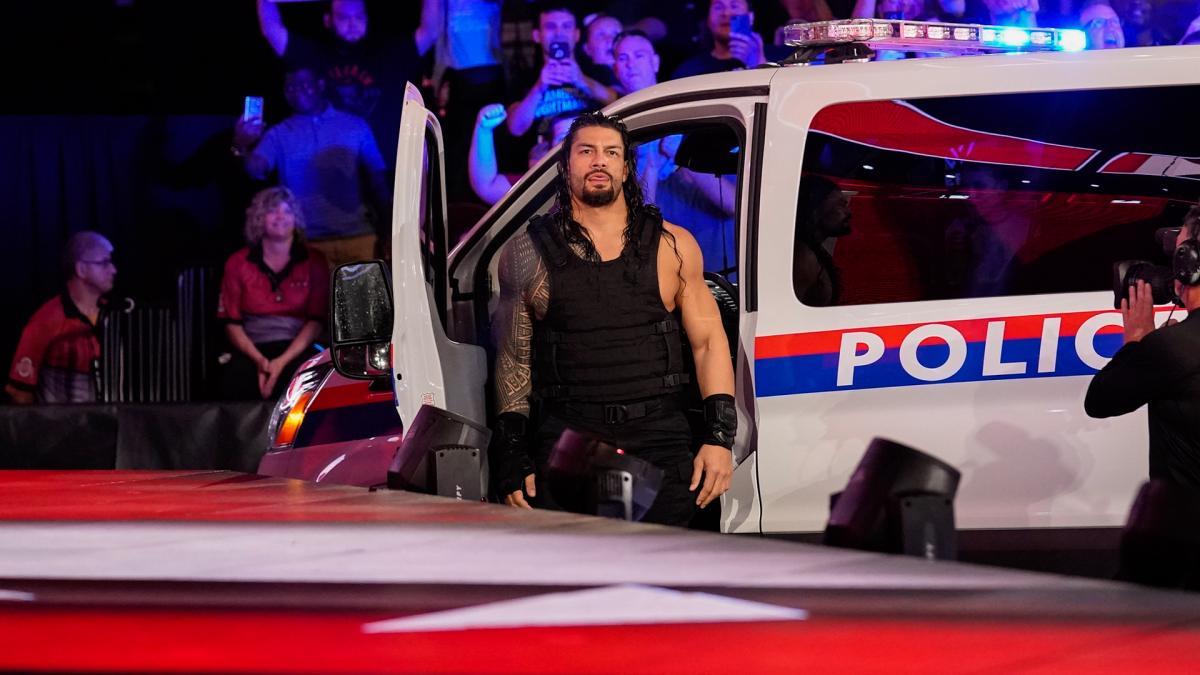 The Bellas comeback was a winner

The Bella twins made their return to action in a match against Riott Squad members Sarah Logan and Liv Morgan.

As ever, Nikki was the more accomplished in-ring performer (how can Brie still not throw a decent dropkick after 10 years?) and scored the win with a Rack Attack on Morgan.

Backstage the Bellas had a natter with Ronda Rousey, hilariously offering the Baddest Woman on the Planet advice on “running companies, writing books, and fashion”.

The Bellas will team with Rousey at the Super Show-Down to face all three members of the Riott Squad.

But we sense something else happening in these painfully trite backstage skits. Will Nikki turn on Rousey to set up a title match at the all-women’s Evolution PPV? 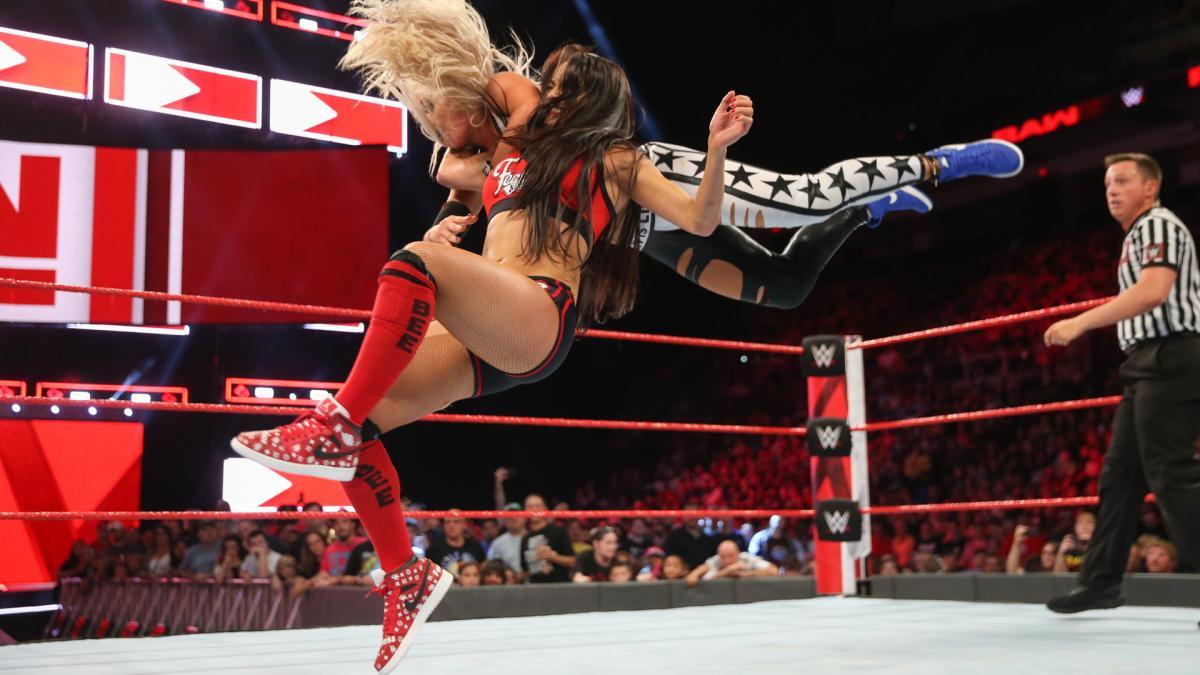 In between brawls with The Shield, Dolph and Drew beat the stuffing out of The Revival to take their spot in a tag title match.

Predictably, comedy jobber duo-turned-champs The B-Tea, were no match for Dolph and Drew, with Curtis Axle succumbing to their Claymore-Zig Zag finisher.

It’s the right decision for the Raw tag belts, which have been treated appallingly in recent months.

Dolph and Drew are the right pick for tag champions. They’re easily the strongest team on Raw at the moment.

But with the belts now tied up in the main event storyline, that presumably means the end of both the B-Team and The Revival’s shot at becoming tag champs.

Kevin Owens hasn’t quit after all

Bobby Lashley tried to crack some jokes and failed miserably. Thankfully, Kevin Owens jumped Lashley from behind and hit him with the ring apron power-bomb.

We can only assume that KO is seeking revenge for Lashley putting his pal Sami Zayn out of action. But it’s only been a week since Owens announced he was quitting WWE.

After a dreary months-long losing streak, some time away would have been the right move for KO.

Instead, WWE has thrown him into a feud that (as usual) he almost certainly won’t win.