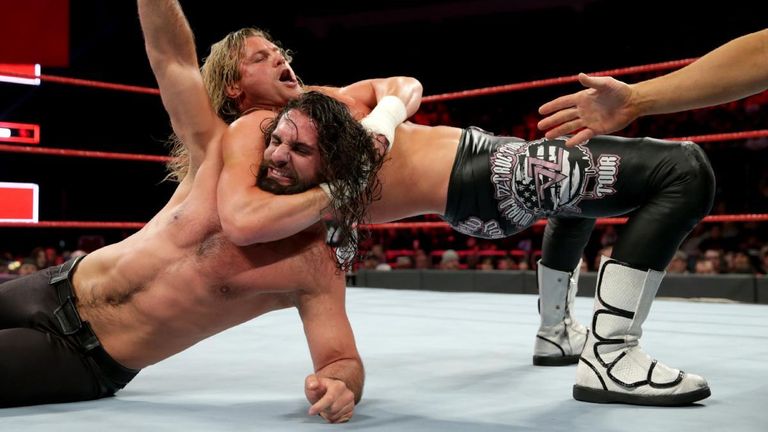 Seth Rollins’ open challenge for his Intercontinental title was answered by a familiar foe as Dolph Ziggler stepped up.

Rollins had sent out the challenge on Monday, leading to a flurry of speculation about who his opponent on the show would be.

Many predicted a return for Bray Wyatt – who was back in action at WWE’s non-televised Starrcade event over the weekend – while others pitched for left-field competitors such as 205 Live’s Mustafa Ali and Velveteen Dream of NXT.

In the end, it was Ziggler who took the opportunity and came close to regaining the championship he lost to Rollins, with both men exchanging near-falls.

The Show-off was made to pay for his over-confidence however, as an attempted top-move was transitioned into Rollins’ superplex-Falcon Arrow finishing sequence for the pinfall victory. 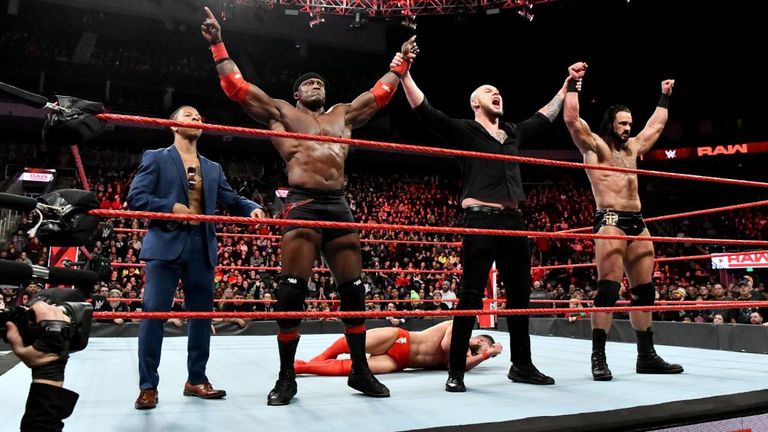 Baron Corbin is making no secret of the fact he is abusing his position of power as acting general manager of Raw, and again took the art of manipulation a step further this week, at the expense of Finn Balor.

It started innocently enough, with the pair going head-to-head in a straight singles match, but when the Irishman took control of the contest, Corbin turned it into a two-against-one handicap match, adding Drew McIntyre into the mix to ensure Balor’s chances drastically went down. 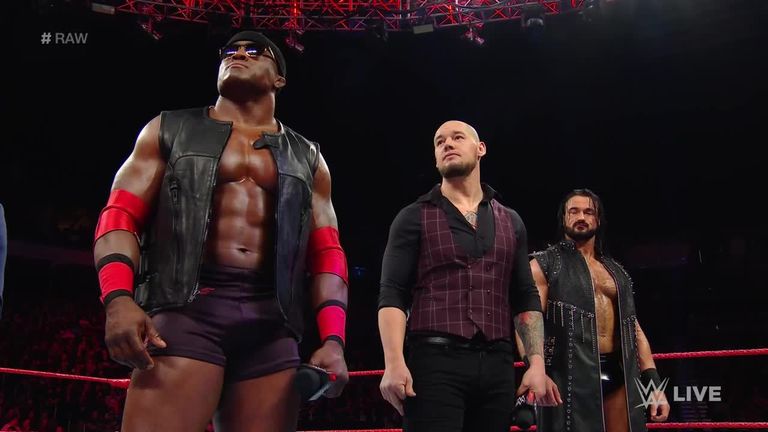 As if that wasn’t enough, Bobby Lashley then turned up for a post-match attack to leave Balor – who had inevitably lost to a Claymore Kick from the Scottish Terminator – very much down and out. 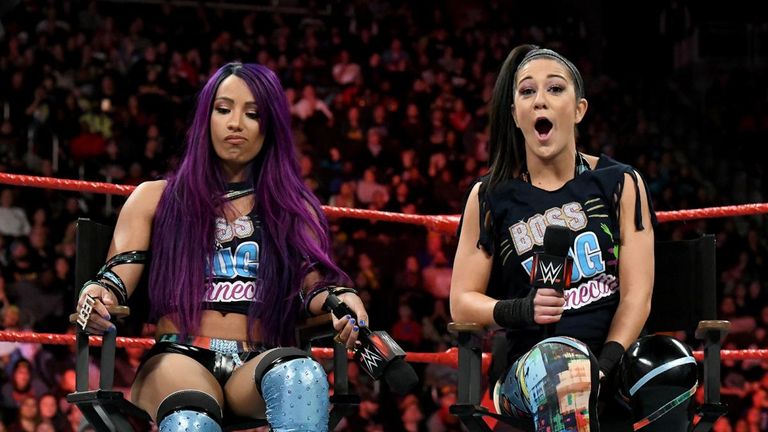 Alexa Bliss’ new backstage role was confirmed as Corbin put her in charge of the Raw women’s division after she offered to assist him in his general manager duties.

Her first act was an ‘open forum’ with Sasha Banks and Bayley in which she was determined to insult both her guests and the members of the crowd who offered to ask questions. 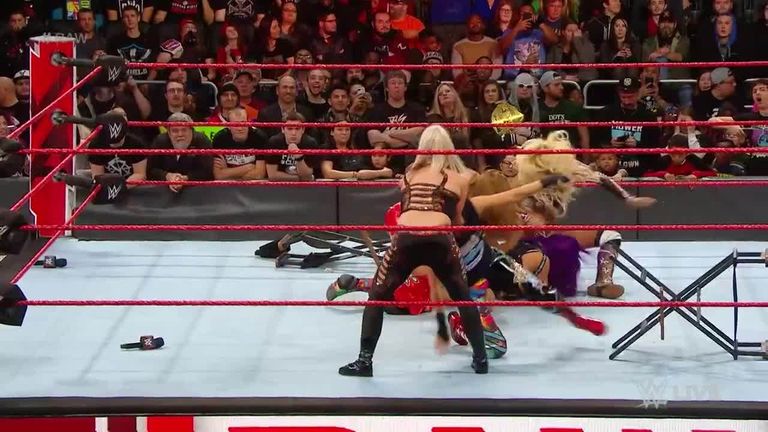 It was a strategy which backfired when Bayley shot down Bliss with a sharp comment and got even worse for the new boss when her run-in attackers Mickie James, Alicia Fox and Dana Brooke were run off by the Boss n Hug Connection.

WWE Monday Night Raw is repeated in full at 9pm on Tuesdays on Sky Sports Arena.