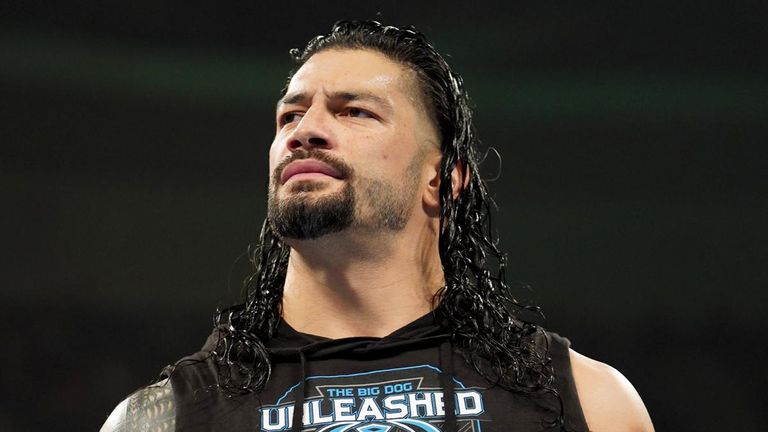 Roman Reigns bids to kick off the post-draft SmackDown era with a bang as he faces Shinsuke Nakamura for the Intercontinental title tonight.

The match has its origins in a Twitter argument which was started by Nakamura’s sergeant-at-arms and ringside agitator, Sami Zayn.

Zayn congratulated SmackDown for selecting himself and the Japanese star as a ‘two for one’ but described the blue brand’s decision to bring in Reigns as their number one pick as ‘unreal’.

Reigns took the bait and immediately challenged Nakamura for his title and that contest will be the opening bout on tonight’s episode, live on Sky Sports Arena at 1am.

Can The King of Strong Style continue cashing the cheques that Zayn’s mouth writes? Or will Reigns end Nakamura’s reign and begin his own championship run to kick off the new era of SmackDown? 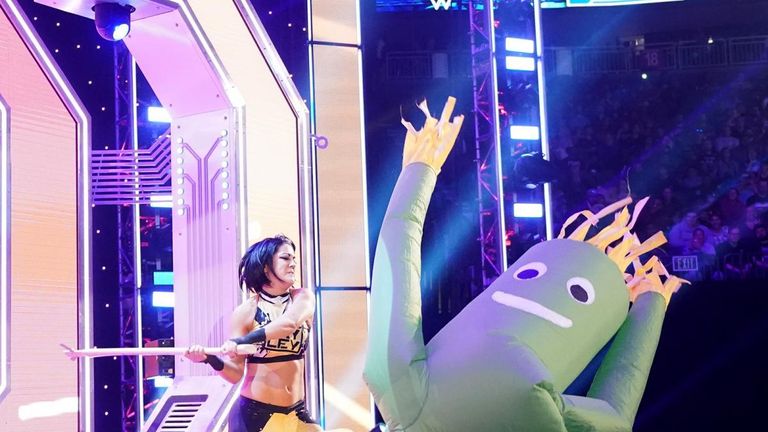 Six representatives of SmackDown’s women’s division will compete for the right to challenge new champion and red-hot villain Bayley for the championship gold.

Alexa Bliss and Sasha Banks are the only members of the female division not involved and both could have a say from the sidelines as the Friday night crew lines up a new challenger for their champion, who was the talk of the wrestling world last week following her turn to the dark side. 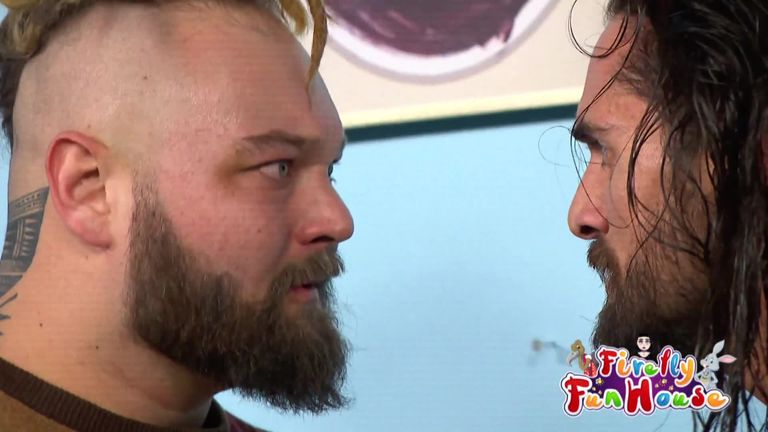 Is this the end of the Firefly Fun House?

Seth Rollins lived up to his catchphrase on Raw this week by literally burning down the Firefly Fun House after administering a hefty beating to its resident, Bray Wyatt.