Here are seven big things we learnt from Raw: 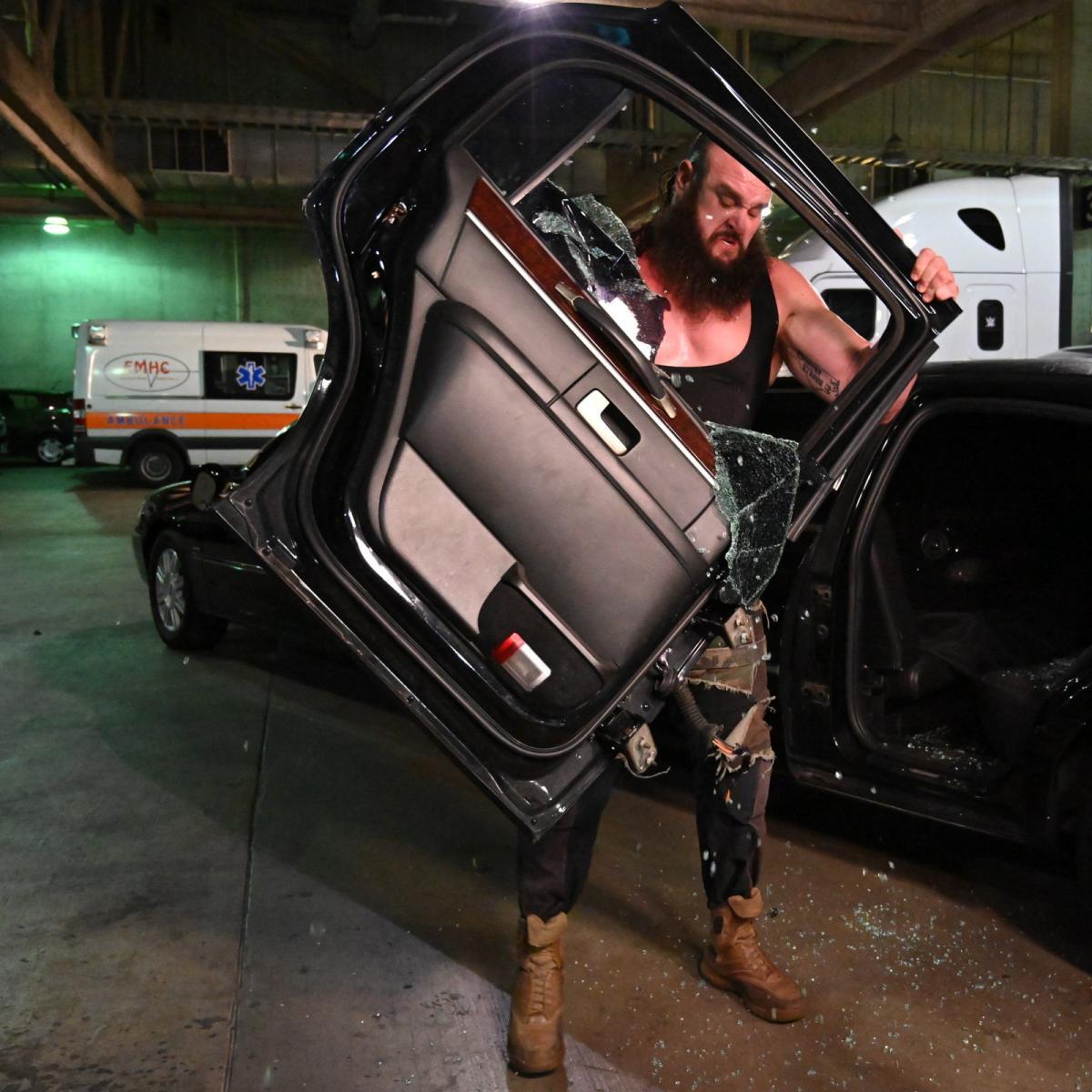 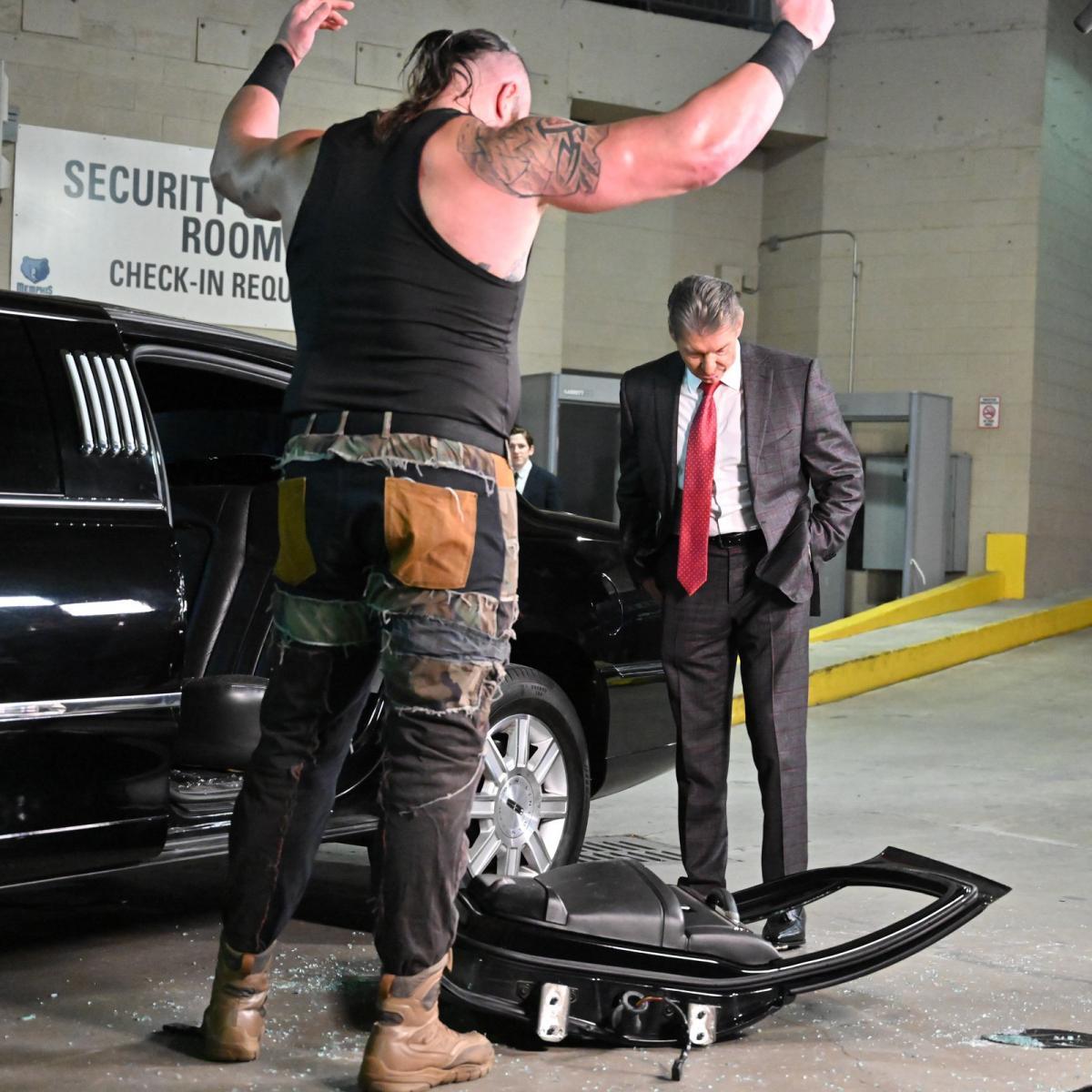 The show began with the “Monster Among Men” chasing down Baron Corbin.

During the chase, Elias tipped off Braun – via the medium of song, of course – that Bazza was hiding in a stretch limousine.

Strowman dragged the driver out of the window and began smashing up the limo, only for Vince McMahon to arrive.

Is it a cover for Braun’s elbow surgery recovery? Or is it pure storyline? It’s certainly a surprise twist with just two weeks to go until the Rumble – and it’s saved Braun another inevitable loss The Beast.

Braun responded as you’d expect – by lifting up the limo with his monster strength and turning it over onto its roof. 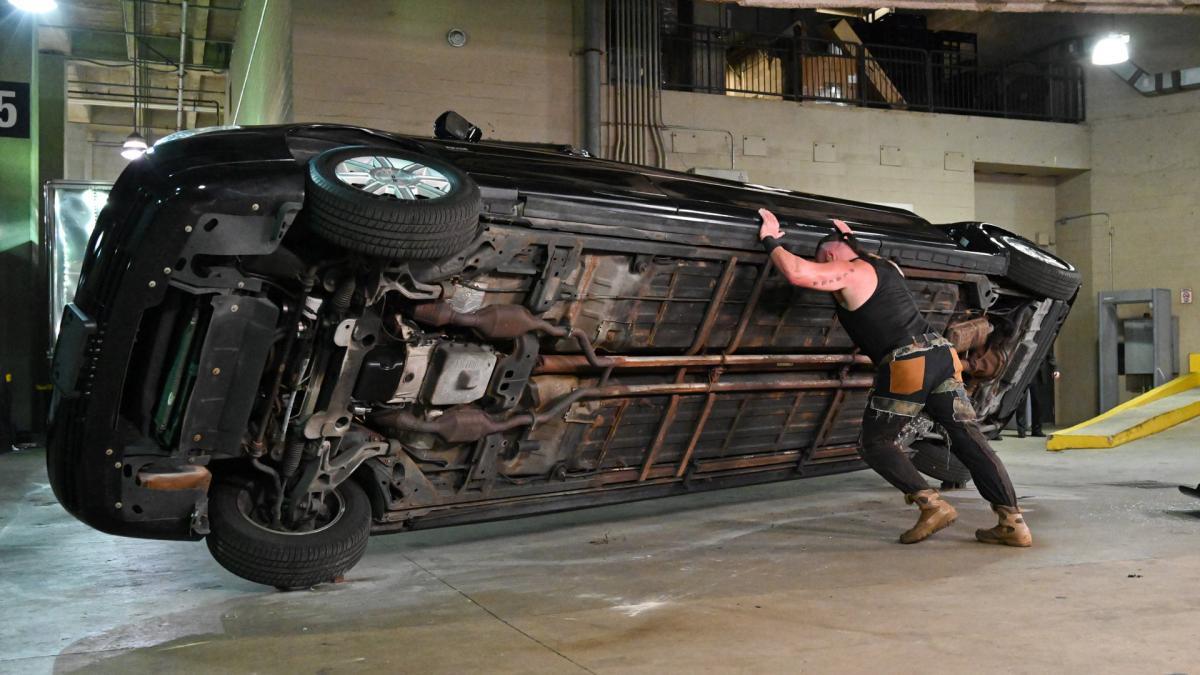 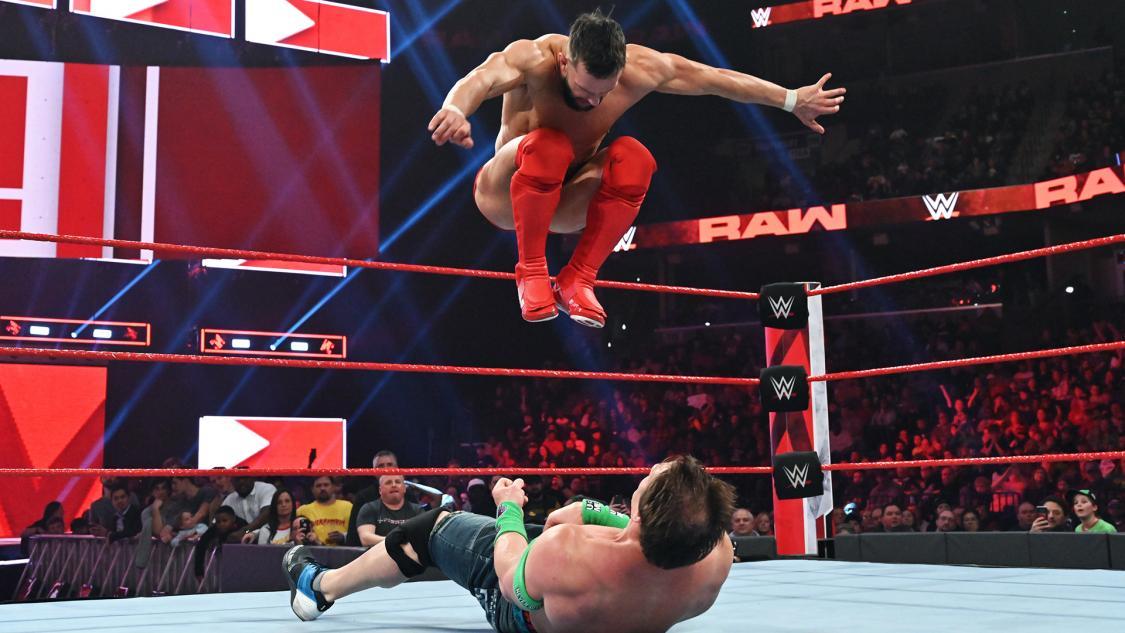 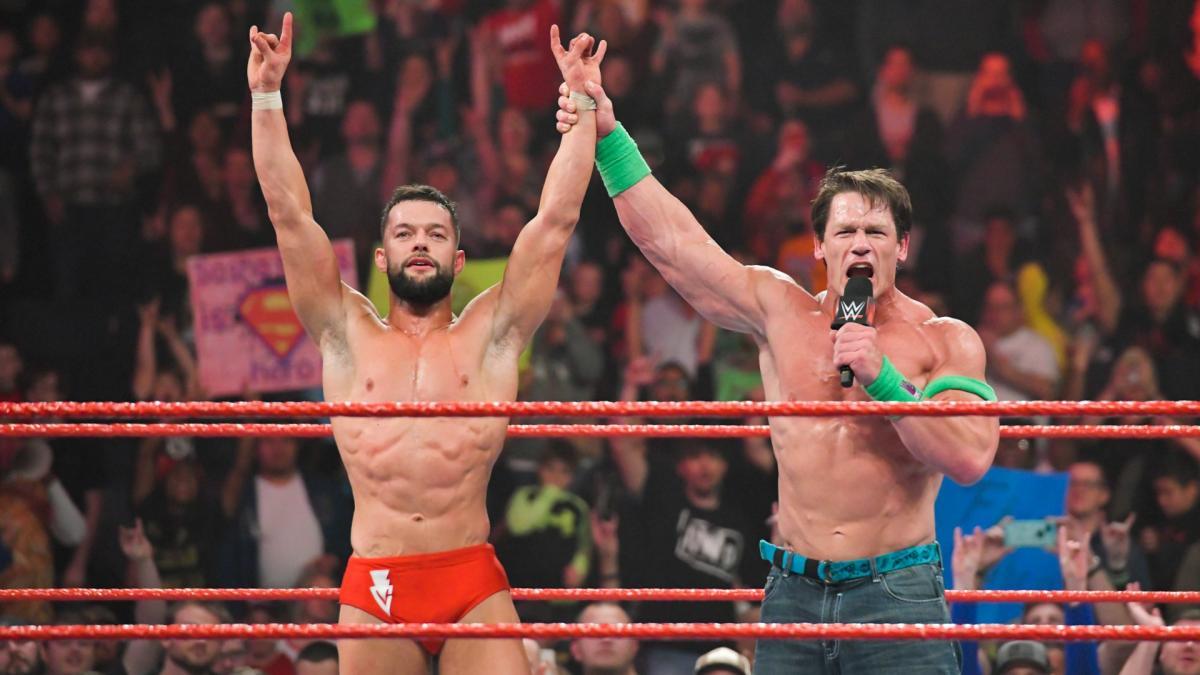 Vince came to the ring but was predictably interrupted by John Cena, Drew McIntyre, Baron Corbin, and Finn Balor – all vying for the now-vacant spot against Lesnar.

It ended in a brawl – with McIntyre dominating – so Vince set a fatal four-way for later on the show, with the winner earning a shot against Brock at the Rumble.

Before that could happen, Finn also had to face and defeat Jinder Mahal, who had campaigned Vince to steal Balor’s place in the fatal four-way.

But it was Balor’s night. He easily beat Jinder and went on to pin (of all people) John Cena in the fatal four-way with the coup de grace.

It’s interesting to see Finn now being positioned as the plucky, capable babyface. Cena even endorsed him after the match.

It comes after several weeks of victories and momentum for Balor – not to mention a surprise appearance at NXT UK TakeOver: Blackpool.

Could WWE swerve us again by having Finn actually beat Brock for the Universal title at Royal Rumble? Probably not. 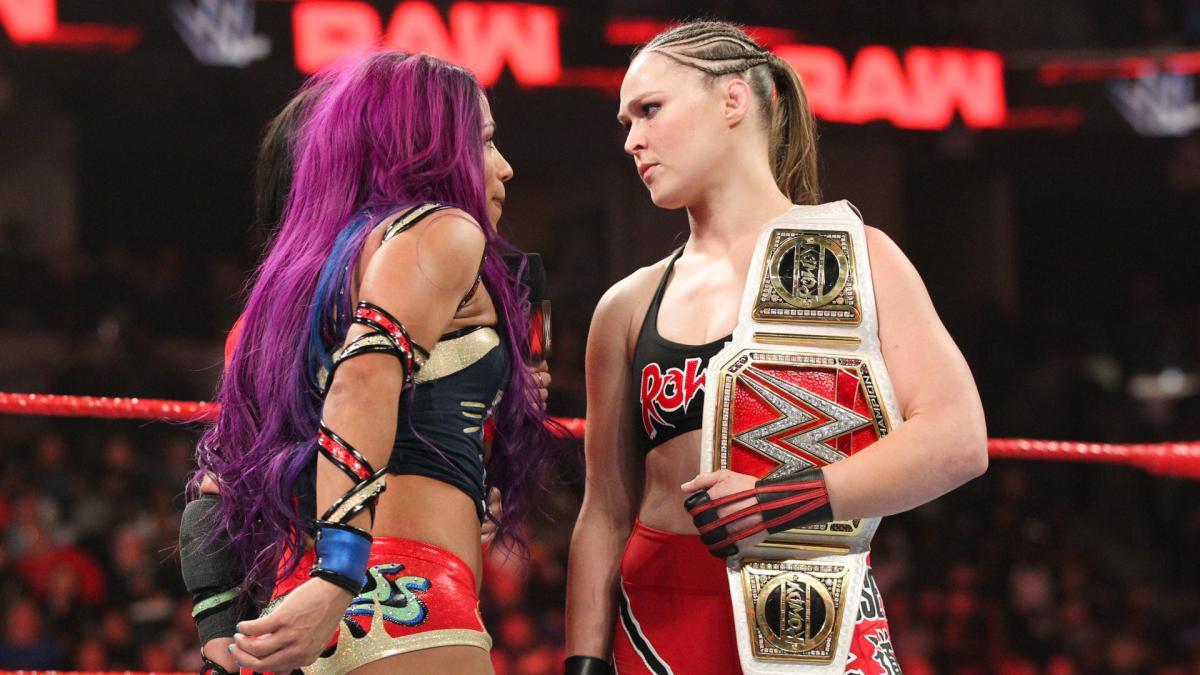 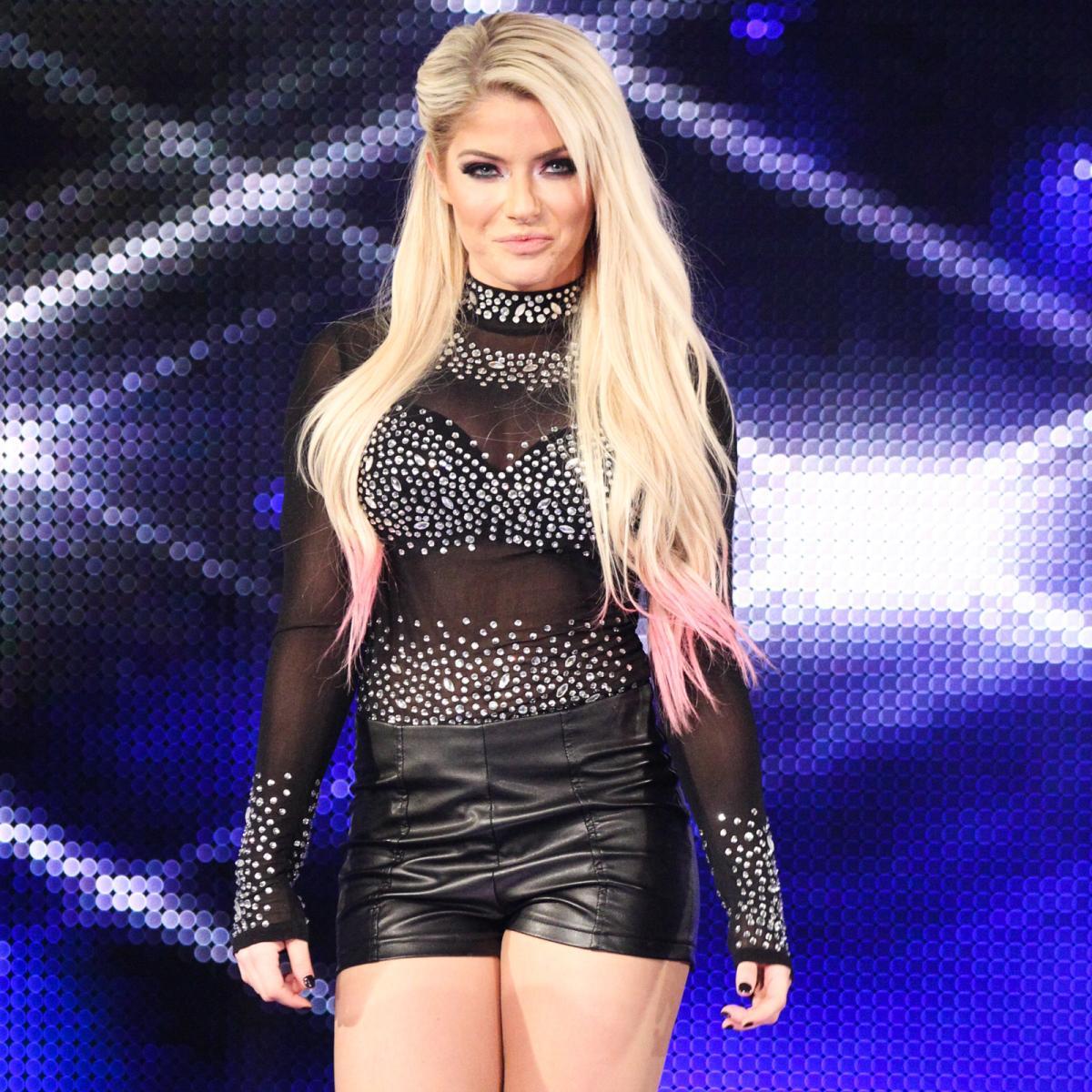 Things are getting tense between Ronda Rousey and Sasha Banks

Royal Rumble opponents Ronda and Sasha teamed up for a win over Nia Jax and Tamina, after Sasha locked Tamina in the Bank Statement.

In a post-match interview, Ronda said: “Sasha’s at the top of the division… it will be an honour to defend this title against her at the Royal Rumble.

“A victory over Sasha Banks will be my greatest accomplishment as Raw Women’s Champion.”

But the comments infuriated Sasha, who fired back: “I’m glad you already chose where I rank on your list of accomplishments as champion.

“Last week you said I was the best, it wasn’t the other way around. I’m not scared of you and you better get used to not having your way around here anymore.”

There were flashes of Sasha’s old Boss character, with more fire and focus in the promo than we’ve from her in months. 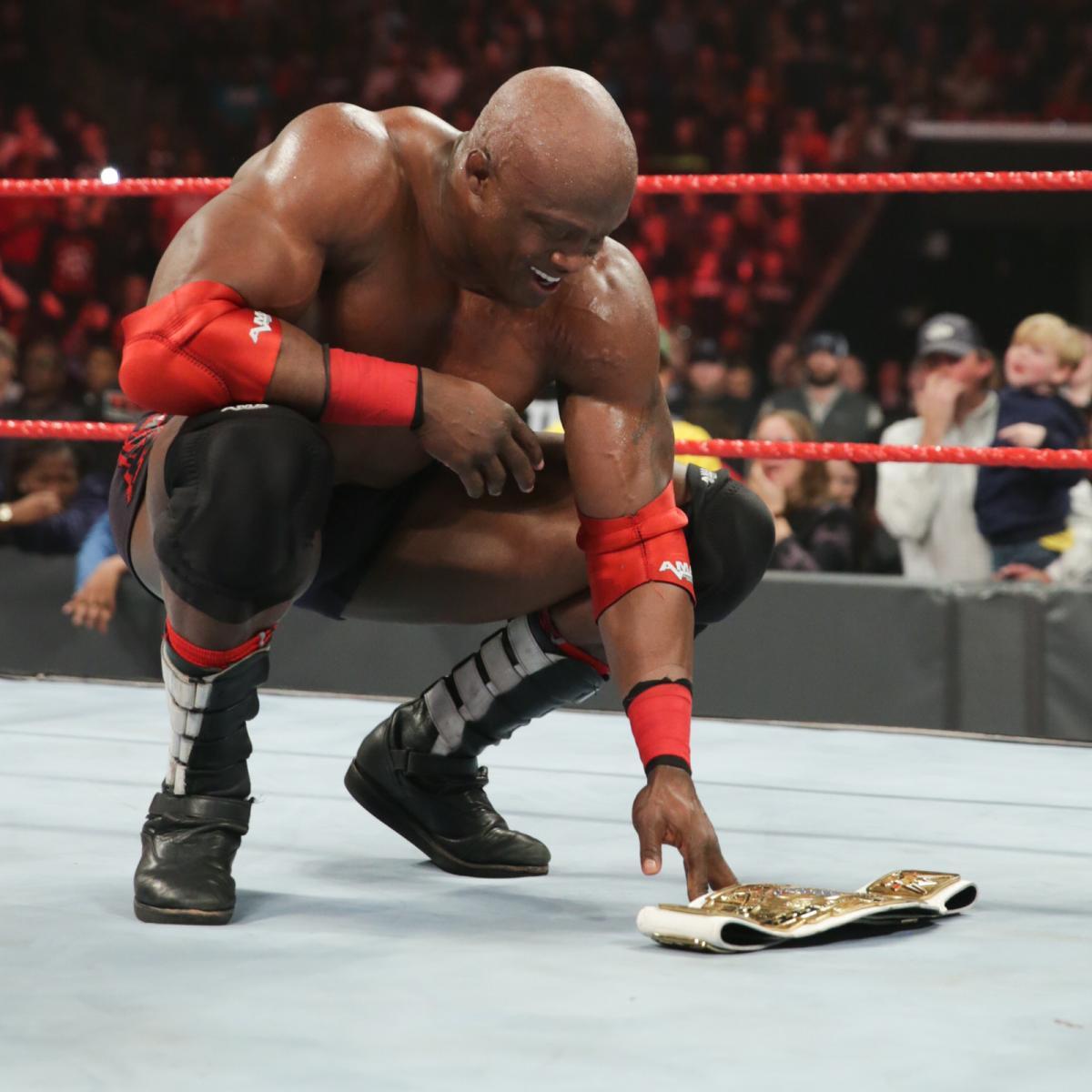 Dean Ambrose defended his IC title against both Seth Rollins and Bobby Lashley in a triple threat match.

The action was fast-paced and hard-hitting (check out Lashley’s devastating spine-buster on Rollins) and hype man Lio Rush got involved more than once.

The finish came when Rollins miraculously survived a Doomsday Device double-team maneuver and went for the Curb Stomp on Ambrose.

But Lio Rush pulled Rollins over the ropes, allowing Lashley to nail Ambrose with a spear for the 1-2-3.

It was an unexpected title switch and it’s hard to see where this is going. If Rollins is being primed to challenge the Universal Champion at WrestleMania, does that leave Ambrose in an unlikely feud with fellow heel Lashley? At least WWE is trying to keep us guessing. 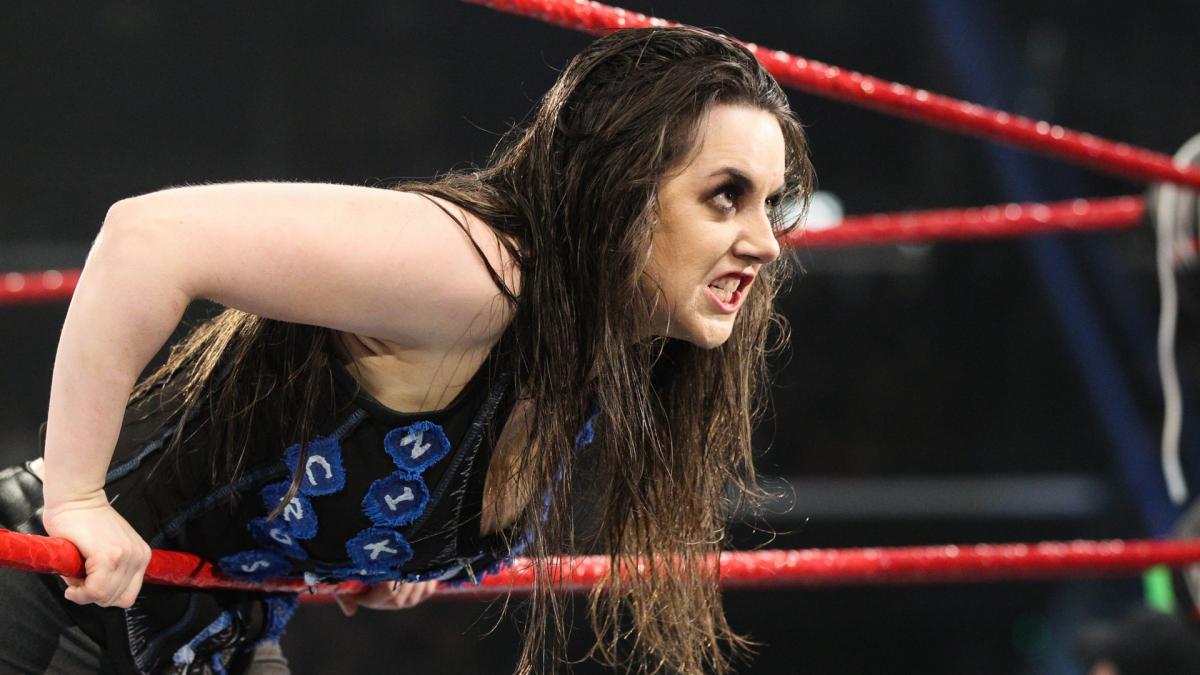 Nikki Cross has arrived on Raw

As Bayley and Natalya quibbled backstage about Sasha Banks and Ronda Rousey’s falling out, the Riott Squad appeared to challenge them to find a partner – for yet another variation on the same tag match we’ve seen multiple times on Raw.

But Bayley and Natalya surprised the Squad by bringing out pint-sized Scottish lunatic Nikki Cross, making her debut from NXT.

Nikki savaged the Riott Squad with her bonkers offence and tied Ruby in the ring apron to hammer her with forearms. Nikki then helped Bayley nail Liv Morgan with a Macho Man elbow for the win.

Alexa Bliss hosted another edition of her “Moment of Bliss” chat show, where she revealed the much-anticipated women’s tag titles.

They’re distinctive looking belts, with a gold and silver design on the now-standard white leather.

Bliss also announced that at Elimination Chamber on February 17, three teams from Raw and three teams from SmackDown will step inside the dreaded Chamber to crown the first women’s tag champs. 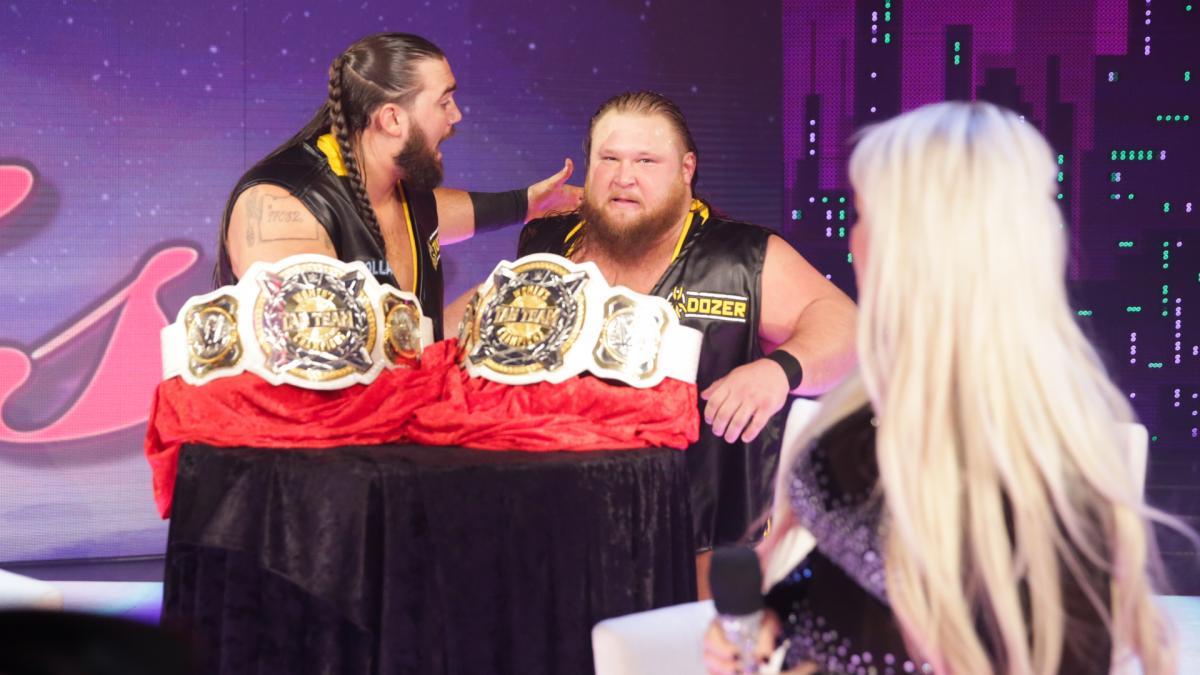 Heavy Machinery have also made their (sort of) Raw debut

But they were interrupted by Otis Dozovic of NXT tag team Heavy Machinery.

The confused Otis seemed to be after the women’s tag titles, before his partner Tucker Knight ran out to steer him back towards the locker room.

It was a strange debut and doesn’t exactly scream “monster push”.