WWE WrestleMania: Time for a new side to Asuka after SmackDown title loss? 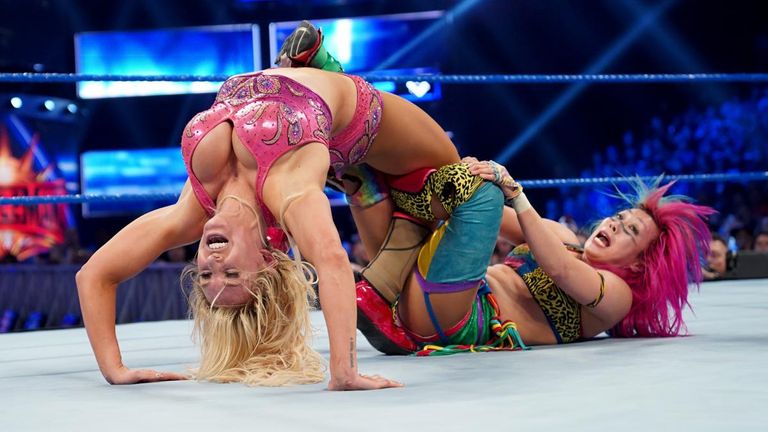 From the ultimate high of submitting Becky Lynch to retain her SmackDown women’s title at the Royal Rumble to the ultimate low of losing her title to Charlotte Flair on SmackDown last week.

Asuka’s WrestleMania ascent has once again been shut down by The Queen of WWE.

There was a jubilant reaction when Asuka tapped out to Flair’s Figure Eight submission but once the dust settled and it finally dawned on the fans what had just happened, the reaction to the result was one of shock and disbelief.

It was only a few weeks ago that it seemed Asuka was destined to defend her title at at MetLife Stadium against Mandy Rose and Sonya Deville in a triple threat match, with the presumed plan then switching to a singles bout with Rose. 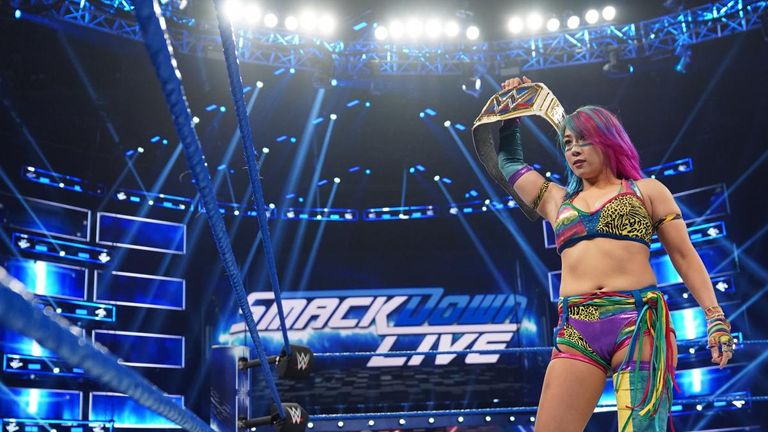 When a fatal four-way match was advertised – and then scrapped – to determine Asuka’s challenger at WrestleMania, the warning signs were apparent. When the shocking impromptu title match against Flair was announced and you could hear the disbelief and stunned reaction in the crowd. A shocked Tom Phillips on commentary stuttered as he tried to process and make sense of what was going on.

After retaining her title against Lynch at the Royal Rumble in January, Asuka’s title reign fell flat. It felt like the powers that be didn’t know what to do with one of the best in-ring performers in their company. A superstar of her calibre, and on top of that a champion, was left off TV with no program on the horizon as WrestleMania drew closer. Weeks passed her by as blockbuster WrestleMania matches were being announced left, right and centre. 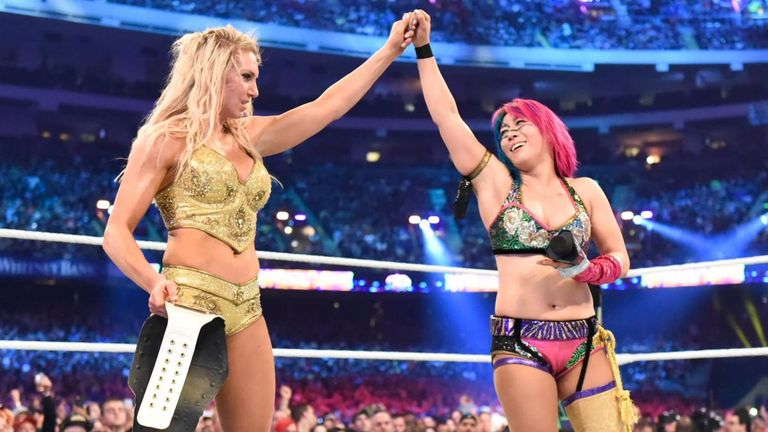 You could argue that since her arrival from NXT to the main roster Asuka’s run has been lacklustre. With her talent and star quality she should be in the same position the Flairs, the Lynches and the Rouseys of this world are. Who knows what position she would be in right now if Flair hadn’t snapped her streak at WrestleMania last year.

But on the other hand you can argue that she has already provided fans with many memorable moments, from winning the first-ever women’s Royal Rumble match last year, to being a part of the first-ever women’s TLC triple threat match where she defeated Lynch and Flair last December to win the SmackDown women’s title. 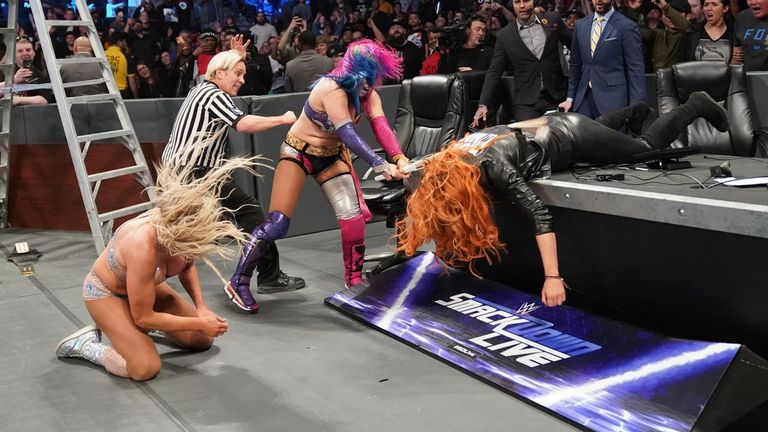 Just two of many milestones Asuka has had should put things into perspective for any Asuka fan who believes that their ‘Empress of Tomorrow’ is being hard done by, even it if it appears that way. Asuka has been the victim in WWE’s goal of making the women’s WrestleMania main event as gigantic as possible.