The state of play in the AFL is apparently engulfed in crisis.

Scores are the lowest they've been since 1968. The knockers say there’s too much congestion, nobody stays in their positions any more and the game has become robotic and boring. 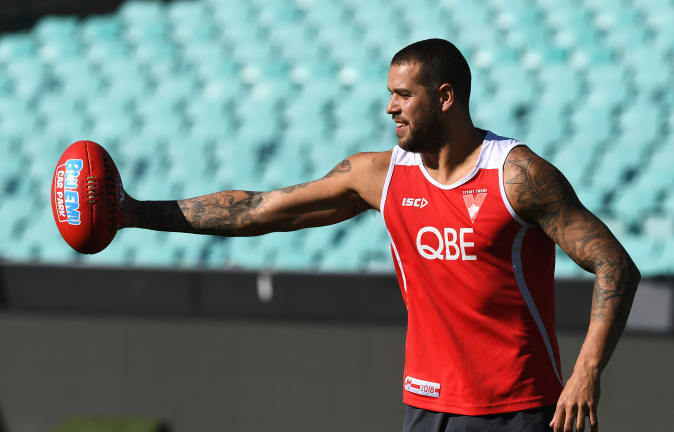 It’s been 10 years since a player (Buddy Franklin) cracked the ton in a season.

Five time Hawthorn premiership player Dermott Brereton has fallen out of love with the game because of the way it's being played, saying: "I watch it and appreciate how good they [the players] are for what they do but I don’t love it as a spectacle any more."

AFL legends Leigh Matthews and Malcolm Blight have suggested the radical idea of introducing zoning, where players are forced into various starting positions – six forwards, six midfielders and six backs across the ground.

Matthews blames the coaches for the current state of the game. Blight blames the AFL Commission. While others, such as Tiger great Matthew Richardson, don’t think there’s anything too wrong, with Richardson stating: "The hysteria surrounding the state of the game has been absolute nonsense."

But any argument about whether the game is better or worse than in the past is missing the point. The point is, it’s now a different game.

Dress it up however you want, the AFL is now a multibillion-dollar business. When a game becomes a business, it becomes measured in terms of the bottom line.

But to profit, you need to win. When this happens some sports can lose their spontaneity, creativity, flair and freedom. Instead coaches become very careful – careful not to lose too much, careful about the brand of football their team is playing, careful not to trash the brand.

This ensures flair and freedom are replaced by extreme analysis, structure, strategies and tactics. Importantly, all-out attack is shelved in preference for stringent defence. The next minute, all 36 players on the field are in defensive mode – tackling, pressuring, harassing, finessing, until they win the ball – all in one quarter of the ground.

In fact, the AFL has become so obsessed with defensive pressure, they somehow managed to eliminate one of the most joyous, exciting and marketable elements the game had – the century goal kicker.

In most team sports around the world, the goal scorer or point scorer is celebrated as a hero. They are the ones that entice fans through the gates. They are the match winners who fans love to cheer. The AFL used to have dozens of these players – Tony Lockett, Gary Ablett snr and, most recently, Buddy Franklin, to name just a few.

But not any more. New tactics have all but eliminated the big forward kicking a hundred goals in a season. It’s been 10 years since a player (Franklin) cracked the ton.

Furthermore, since 2010 a full forward has only kicked 80 goals or more once – Josh Kennedy in 2016. Four times in the past eight years the leading goal scorer in the competition has kicked fewer than 70 goals.

Some argue this will all sort itself out and that the game will naturally evolve. They believe that coaches will continually look to ways to beat the best, introducing new tactics as they go.

This is true, but it doesn’t mean the game will evolve back to what it was or, more importantly, what we want it to be. Indeed it might move further away from what we want.

So if the fans demand a return to players playing in their positions, duels between genuine forwards and defenders, century goal kickers and long kicks through the middle to contests, then the AFL will have to intervene.

Fans shouldn’t fret about this. The AFL has always intervened in the game where appropriate. You could once kick the ball out on the full and not be penalised. The AFL intervened to change this. There was a time when too many players contested centre bounces, causing too much congestion. So the AFL intervened to introduce a centre square. Changes have always been made to correct the game and ensure it reflects what the fans want.

For the time being, the AFL has some breathing space. After all, crowds are up and TV ratings are healthy.

But if this changes, it will be a sign that the fans are turning off. This will make broadcasters and the AFL shift nervously in their seats because, after all, without the fans the brand is weakened.

It might be that the business fundamentals that have changed the game might be responsible for changing it back, for what is a business without satisfied customers?

Ultimately the game will need to reflect what the fans want. The question is, exactly what do they want and what is the AFL going to do about it?

Sam Duncan is a lecturer in sports media and an Age columnist.