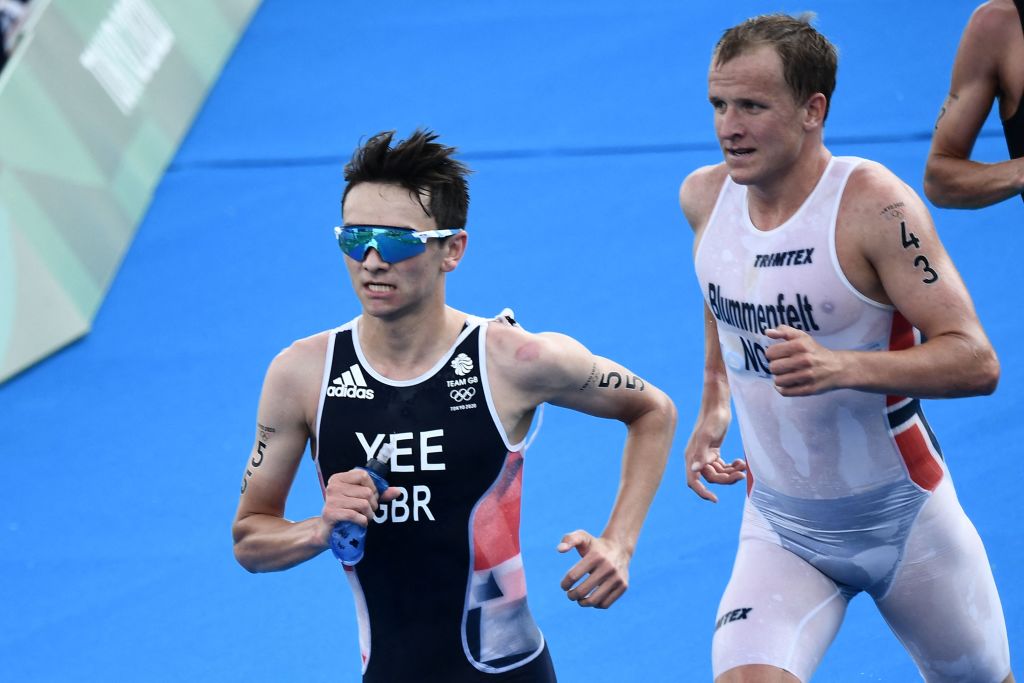 Alex Yee won silver in the men’s triathlon for Team GB after an epic race in the Tokyo heat which saw Norwegian winner Kristian Blummenfelt requiring a wheelchair after crossing the line.

The 23-year-old Londoner was in contention for the gold until the last mile when Blummenfelt kicked on for the line.

It looked like the man from Bergen had gone a bit early but he was strong enough to hold on and complete the race in 1.45.04, with Yee crossing the line 11 seconds later.

It was a brutally hot day in Tokyo, with numerous athletes collapsing to the ground after finishing the race and Blummenfelt being wheeled away in a chair.

The Norwegian had already thrown up shortly after winning the race, after being congratulated by Yee.

The race had been moved to a start time of 6.30am to deal with the heat, with temperatures around 27° and humidity of 75% despite the early start.

Speaking to the BBC after the race, Yee said: ‘Bit bizarre really that its me that’s doing this, I’m a normal guy from south-east London. Dreams do come true, it’s crazy.

‘It’s been a tough preparation phase for this Games. In training I think I went much harder than in this race. Unfortunately he was the better man on the day and second was the best I could have got on the day.’

The Norwegian champion regained his faculties and told the BBC: ‘It’s surreal.

‘It’s been on my mind to win this race for over 10 years. So to actually bring it home, I’ve been honest about my ambition to win the gold medal, so to bring it home is unbelievable.’

Yee came into the Olympics in fine form having claimed first place at the 2021 World Triathlon Championship Series in Leeds earlier this year.

It was only this result that confirmed his place in the Olympic triathlon team and Yee was thrilled to just be going to Tokyo, a long way from thinking about winning a medal in Japan.

‘I know it’s a cliché, but I’m over the moon,’ Yee said after making the team.

‘I was massively inspired after watching London 2012 in my home city, and now to be selected to represent Team GB after the delay, Covid and the challenges everyone has been through, I am delighted.’