York Races: Tips, racecards, odds and betting preview for Day 3 of the Ebor Festival live on ITV on Friday

THE EBOR Festival rolls on with a mouthwatering card on Friday.

There are Group races and competitive handicaps galore. Our man Jack Keene has taken a close look and picked out his best bets. 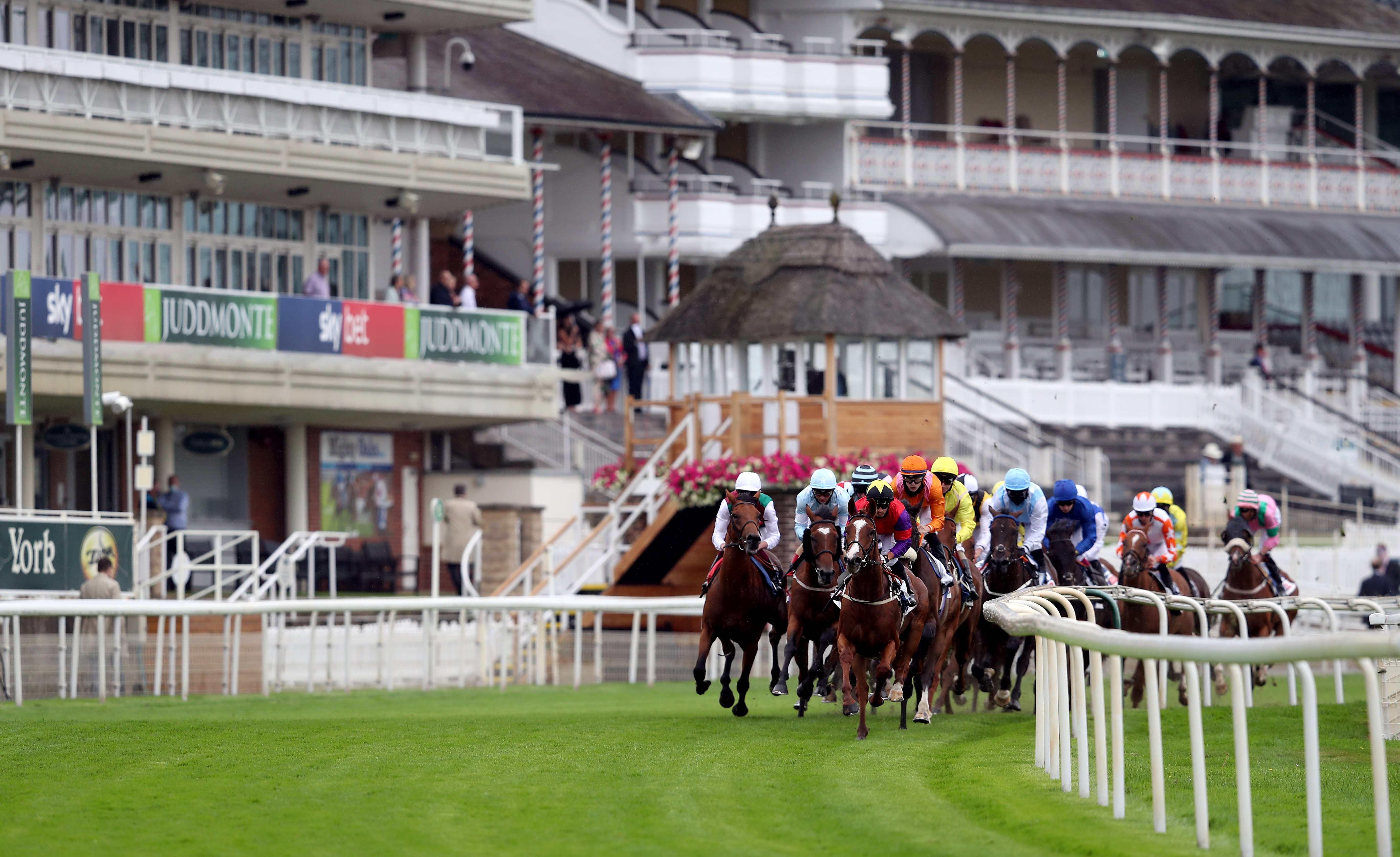 This represents a good opportunity for ZABEEL CHAMPION to get back to winning ways.

He lost little in defeat when second at Glorious Goodwood when bidding to land a hat-trick.

He left the impression he was ready for a step up to this 1m4f trip and this isn't the deepest York handicap you'll ever see.

The thrice-raced Alfaatik is interesting. He has clearly had his issues but goes handicapping off a potentially lenient mark for his top yard.

Dark Jedi was a little disappointing last time having run so well in the John Smith's Cup.

He could play a part if bouncing back, while Koeman stood no chance off a slow pace at Ascot but can show up better with Oisin Murphy taking over.

Enbihaar made light work of her two opponents in the Lillie Langtry and Glorious Goodwood.

She is a very smart mare who should get this trip, but she is at her best on fast ground and with a bit of rain around she could be vulnerable.

So NAYEF ROAD gets the nod. He has finished a clear second to Stradivarius at both Royal Ascot (on soft ground) and in the Goodwood Cup.

Stradivarius is being prepared for an Arc tilt this year, so this represents a good opportunity for Mark Johnston's charge to make the most of the great stayer's absence.

Dashing Willoughby was well-positioned when winning a steadily-run Henry II Stakes at Sandown last time. He handles soft ground and is a relentless galloper, but he needs to step up to beat the selection.

Eagles By Day was impressive at this track two starts ago but is another who would prefer a sounder surface.

A fascinating race which could throw up one or two future stars, and the one that appeals most at the current prices is UBETTABELIEVEIT.

He clocked some ridiculously quick fractions when breaking his maiden at Doncaster and he followed up in tremendous fashion at Sandown.

He saw that 5f contest out strongly and should have no trouble with this extra furlong. He'd be a good deal shorter if trained by a 'big gun'.

Minzaal's recent success at Salisbury was very easy on the eye and trainer Owen Burrows is enjoying a fine run of form at present.

Yazaman is the form horse, having placed at several big meetings this summer, but he was firmly put in his place at Goodwood and could be vulnerable to an improver.

All eyes will once again be on BATTAASH, who was a hugely convincing winner of this race 12 months ago.

He wasn't at his absolute best when winning at Glorious Goodwood (despite breaking his own track record) but a repeat of that form may be good enough.

Saying that, he is taking on some smart young sprinters here, namely Art Power and A'Ali.

The former is on a sharp upward curve and bagged a Group 3 in Ireland last time, while A'Ali, a high-class juvenile, has rediscovered his best form the last twice.

It's a coin-toss picking one of the forecast, but A'Ali was a more impressive winner than the winning margin suggests at the Curragh last time and he can chase home the jolly.

One at a big price who could sneak into the frame is Moss Gill for local trainer James Bethell. He won bravely over C&D last time.

NAVAL CROWN has yet to win in two starts but he has achieved a high-class level of form in defeat.

He was a good third in a Listed contest at Ascot last time and with the promise of more to come he can open his account at the third attempt.

Tawleed was an eye-catching second on debut at Goodwood and should appreciate this extra furlong.

He looks the chief threat, though Dingle should come forward for his Newmarket debut when he showed potential despite running green.

Broomy Law was a good third at Haydock first time out and completes the shortlist.

WALIYAK was given too much to do when a never-nearer second behind Chamade at Glorious Goodwood.

She is 5lb better off with that rival now and she will be much more at home at this galloping track.

Roger Varian's filly remains open to significant progress and gets the nod, though Virgin Snow is not passed over lightly.

She found 1m4f just out of reach last time out and the combination of a drop in class and trip should see her run well in a first-time hood.

Similar comments apply to Asiaaf, who ran out of steam over further last time. She is dangerous back over this trip.

Several of these could prove better than handicappers in time.

It will be fascinating to see how the big-striding VISINARI gets on eased in class.

He had a tall reputation last year but couldn't build on a hugely impressive debut success. However, he possibly needed time to grow into his frame and he should appreciate his first try at this trip.

He is narrowly preferred to Finest Sound, who has been a model of consistency in hot handicaps since registering a wide-margin win at Haydock in June.

The lightly-raced Eastern World and the promising Cold Front (who will appreciate a bit of cut in the ground) are also closely considered in a fascinating race.