Birrell will square off with world No.2 and reigning Wimbledon champion Angelique Kerber in the third round of the Australian Open on Friday believing "anything's possible" in a giant-killing summer. 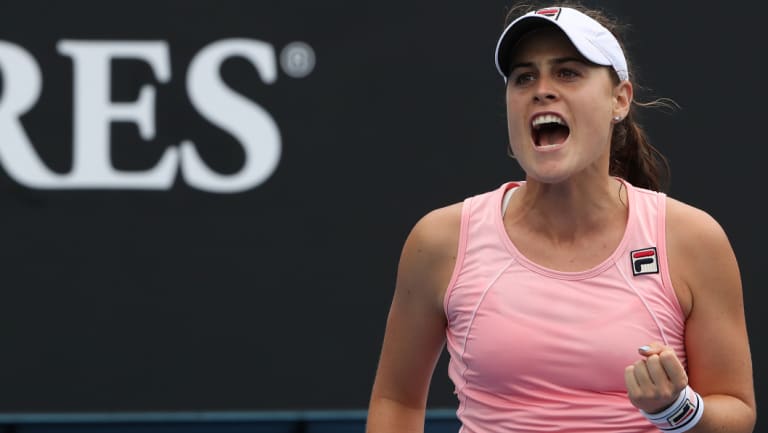 Australia’s Kimberly Birrell has had a stunning start to the Australian Open.Credit:AAP

"I remember that really clearly. There was a big group of us at Queens Park, at the tennis centre there," the 20-year-old recalled.

"We were all sitting on the couch and we had it up on the big screen.

"I've really looked up to her.

"She's an awesome person on and off the court. She's had an incredible career.

Birrell's parents, John and Ros, have actually been running the courts for the past 11 years.

"I have such fond memories of Sam coming and spending Christmas and stuff, whenever she came back to the Gold Coast because her parents still lived there," a beaming Birrell said.

"She would always jump on court with me, the last five minutes of her practice. I would watch her.

"Now to be rubbing shoulders with her all the time, she's such an awesome person. I'm so lucky." 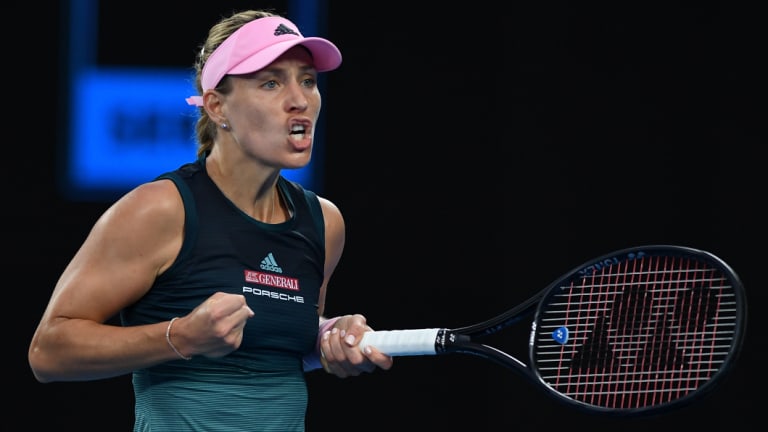 The world No.240 is already assured of a surge into the top 160 after her Open charge.

Another boilover win over Kerber would not only accelerate Birrell's rocket rise up the rankings, but also thrust her into the second week of the Open – something Stosur has managed just twice in 17 attempts.

Birrell or Kerber will play either French 19th seed Caroline Garcia or unseeded American Danielle Collins for a place in the quarter-finals.

How Birrell and Kerber match up