A young female in the crowd at a Sydney University rugby match allegedly “dropped an N-bomb” towards a Manly Marlins first-grade footballer on Saturday.

Sydney University Football Club has ramped up its investigation into finding an unruly and intoxicated spectator who allegedly hurled a “disgusting” racist comment at Manly forward Brad Hemopo, a man of New Zealand heritage. 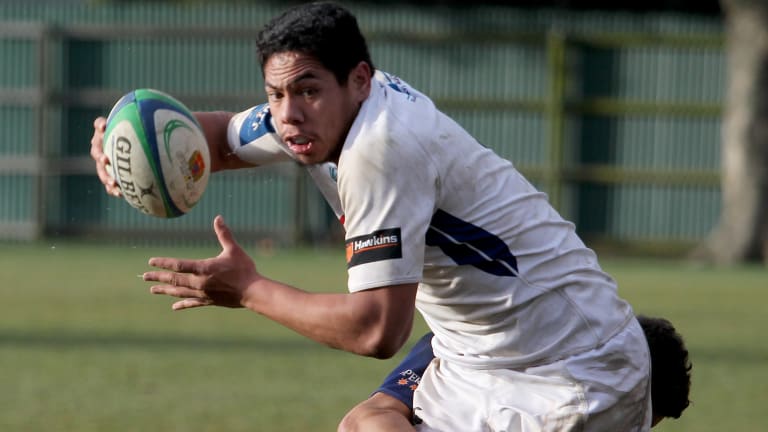 There were no major breakthroughs in the investigation on Friday but the club is taking the matter extremely seriously and is doing everything in its power to find the person who made the remark.

With others crowd members in earshot, the young woman is alleged to have said something that shocked those within the vicinity. Why someone has not come forward and dobbed in the woman has perplexed many in rugby circles.

A racial slur is one thing but it was the “N-word” in particular that has officials from both clubs shaking their heads.

An official from one of the clubs confirmed to Fairfax Media the “N-bomb” had allegedly been directed at Hemopo at the Sydney University Football Ground.

It is also believed that as part of the tirade, the young woman also said words to the effect of “go back to where you came from”.

Those associated with the Sydney University club have privately expressed their dismay at what was allegedly said.

The woman at the centre of the allegations, who has not yet been identified by the SUFC, is believed to be known by people at the ground and there is a strong suggestion she knows she is being chased down.

SUFC has spoken to Hemopo and the Manly physio who apparently heard the comment and are asking for anyone in attendance last Saturday to come forward if they have any information that might help their investigation.

Other people in the vicinity have been interviewed but no one has been able to verify that they heard the racial slur.

“If we find out who it is, they’ll be banned from coming to our games … that’s not welcome,” a SUFC spokesperson said on Thursday. “The club has been working with match-day officials, both clubs together, security and ground staff to try and investigate who it was. We take these situations seriously and that behaviour is not welcome.”

While the incident occurred on the club’s ‘Ladies Day’, there was an increase in security and RSA marshals for the event compared to last year.

On source labelled the comment “disgusting” and that the crowd member who uttered it had “picked the wrong person” to racially abuse.

Hemopo will line up again this weekend for the Marlins against cross-town rivals, the Warringah Rats, while Sydney University will tackle Eastern Suburbs at Woollahra Oval.