The shaven-headed Frenchman has won an unprecedented three Champions Leagues on the spin with the Galacticos but walked away. 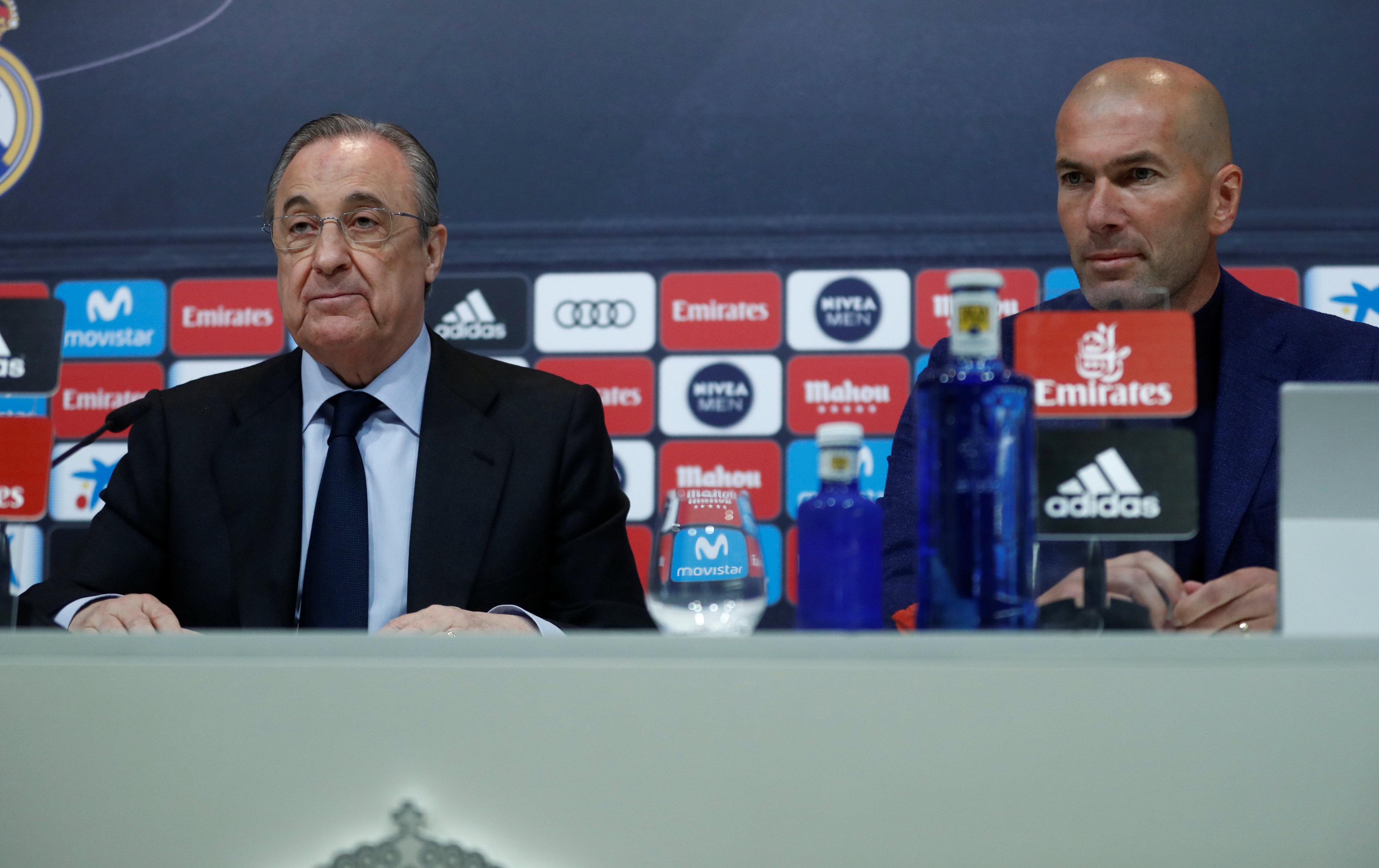 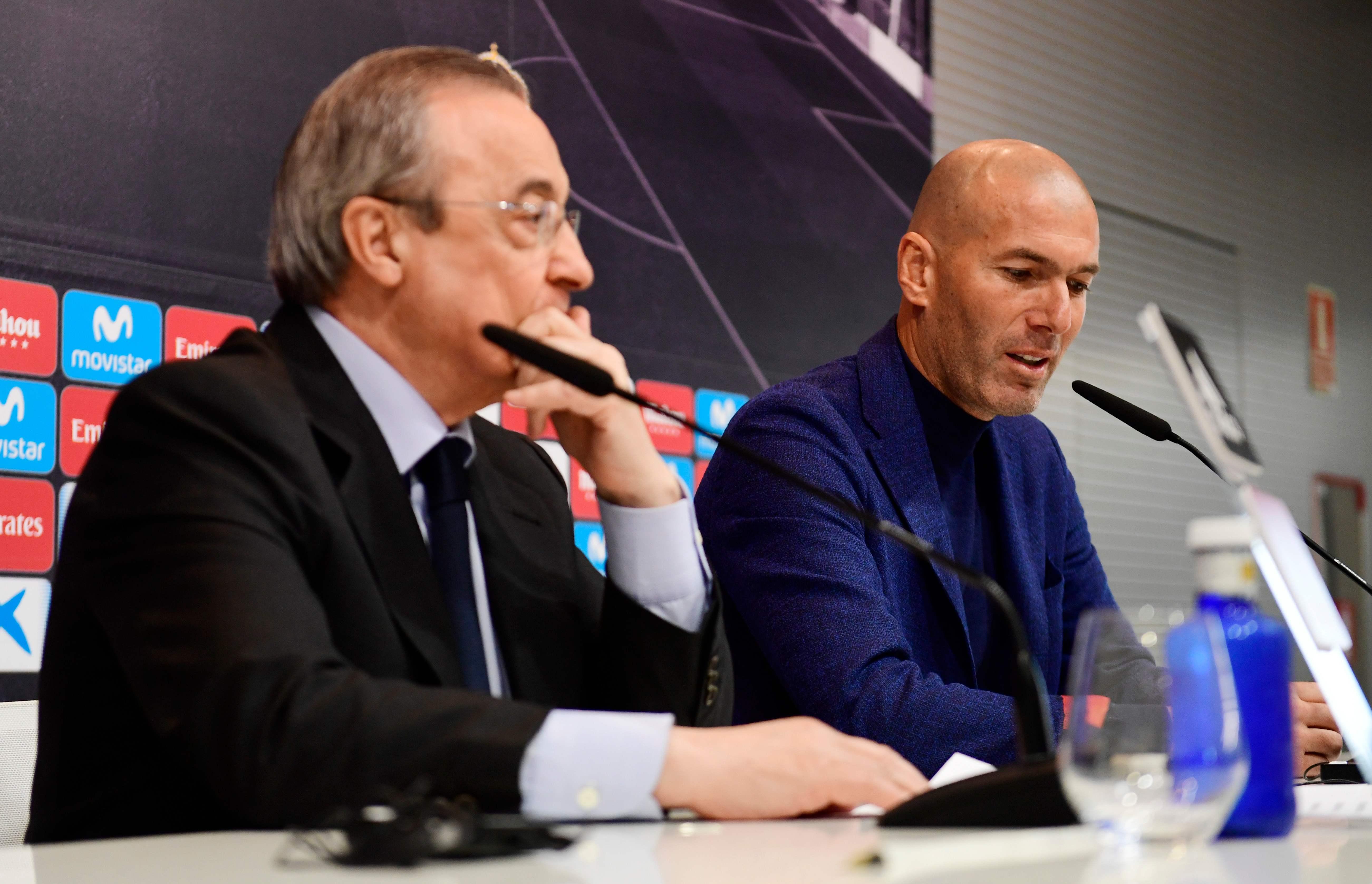 And former Napoli boss Maurizio Sarri seemed to be a shoo-in for the poison chalice in West London.

But the shock Bernabeu press conference on Thursday afternoon has thrown a French cat among the Premier League pigeons.

Zidane became the first manager to win the European Cup or Champions League three times in a row, while also landing a La Liga title and five other major honours. 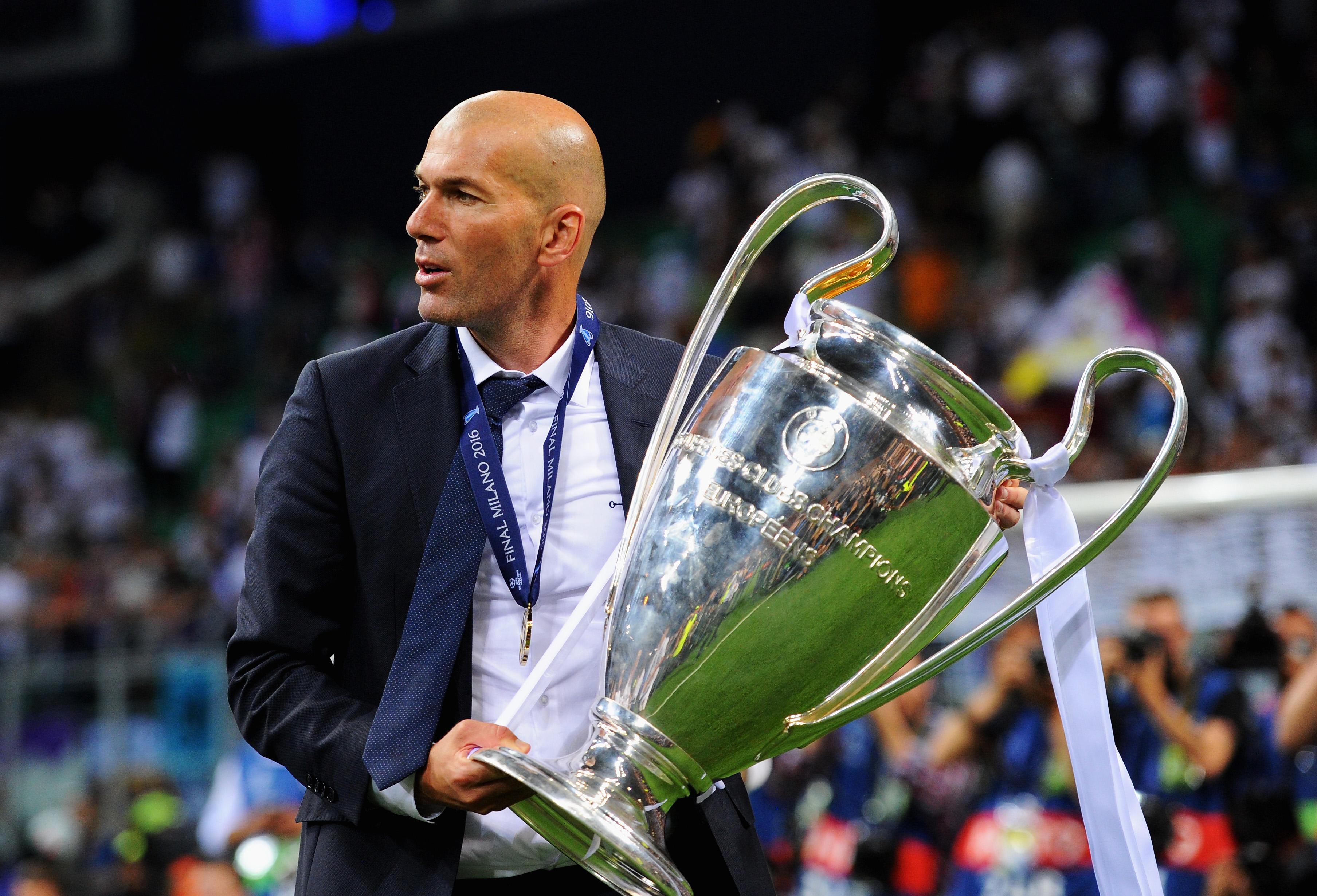 Sun Bets spokesman Tim Reynolds said: "When Zidane announced his shock departure from Real Madrid, it would have been music to Chelsea's ears.

"We all know Roman Abramovich's desire of dominating Europe and Zidane's track record at the Bernabeu makes him the perfect candidate to replace Conte.

"Having won four Champions League titles in the space of five seasons, you can be sure he will on the Blues' radar."

He also admitted it was a "sad day" for the club, but insisted he "will be back" — a sentiment Zidane later echoed himself.

The French great explained: "I have taken the decision to leave Real Madrid.

"It is a moment in which I need to take a step back. I believe this could needs to carry on winning and needs a change.

"It needs another discourse and a methodology. I really love this club."

Zidane revealed he is leaving because he feels the club have endured a difficult season in which they finished 17 points behind champions Barcelona in third place.

He admitted he was affected by the booing of the fans and urged supporters to get behind the players even in the more difficult times. 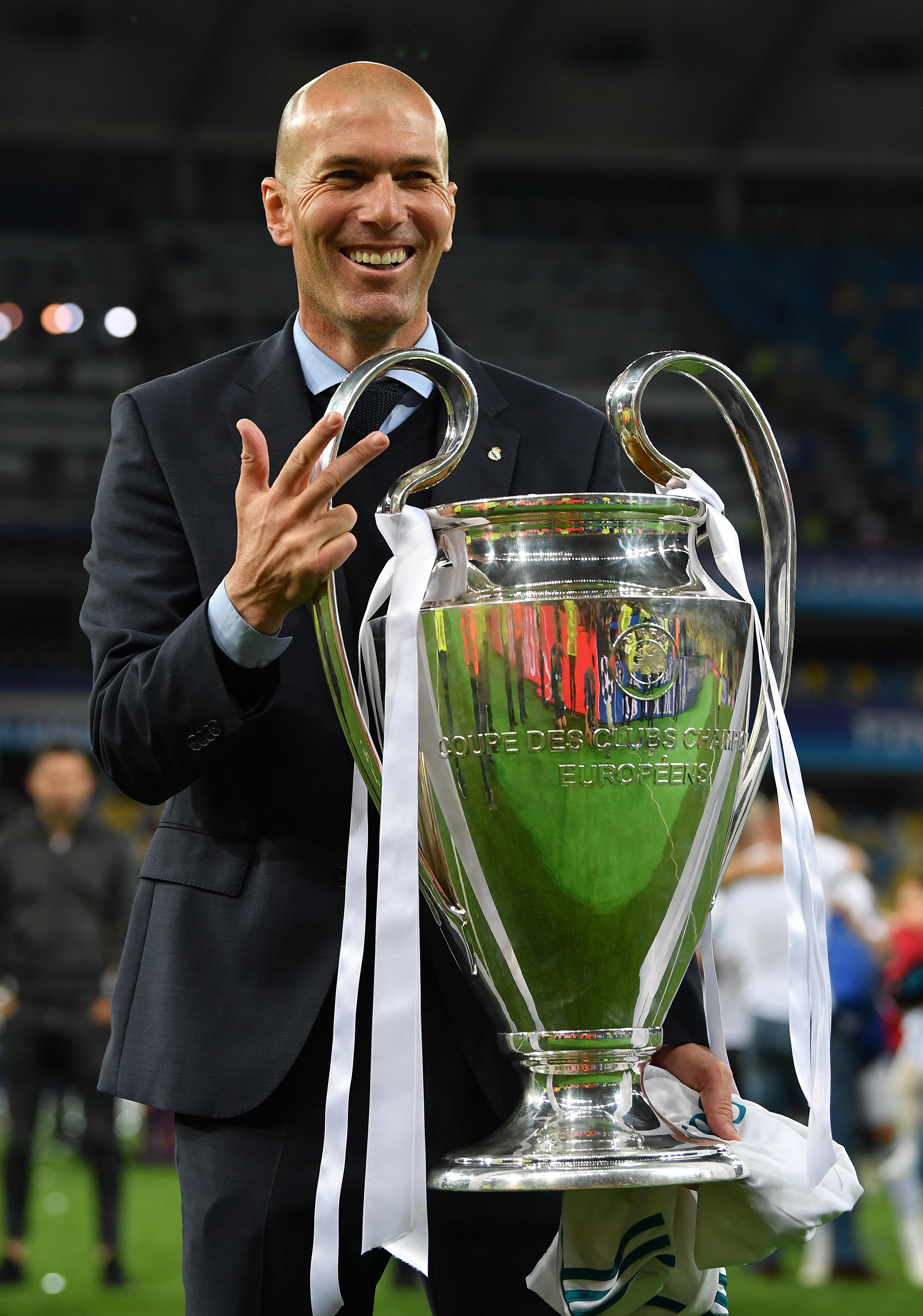 The World Cup winner's affinity with Los Blancos runs deep with him playing over 500 games for them as a player and lifting the Champions League in 2002 as well as many other trophies.

Real Madrid players have been quick to react on social media, with Toni Kroos and Isco among those paying tribute to the departing boss.

Since lifting the Champions League with victory over Liverpool in Kiev, much of the talk surrounding Real Madrid has centred on the futures of Cristiano Ronaldo and Gareth Bale.

Both spoke out after the game, hinting at possible moves away.

But Zidane insisted that uncertainty played no role in his decision to quit.

He said: “I had the respect of all, above all the players, which has been fundamental in achieving things. The players have nothing to do with my decision, it is about what I think.” 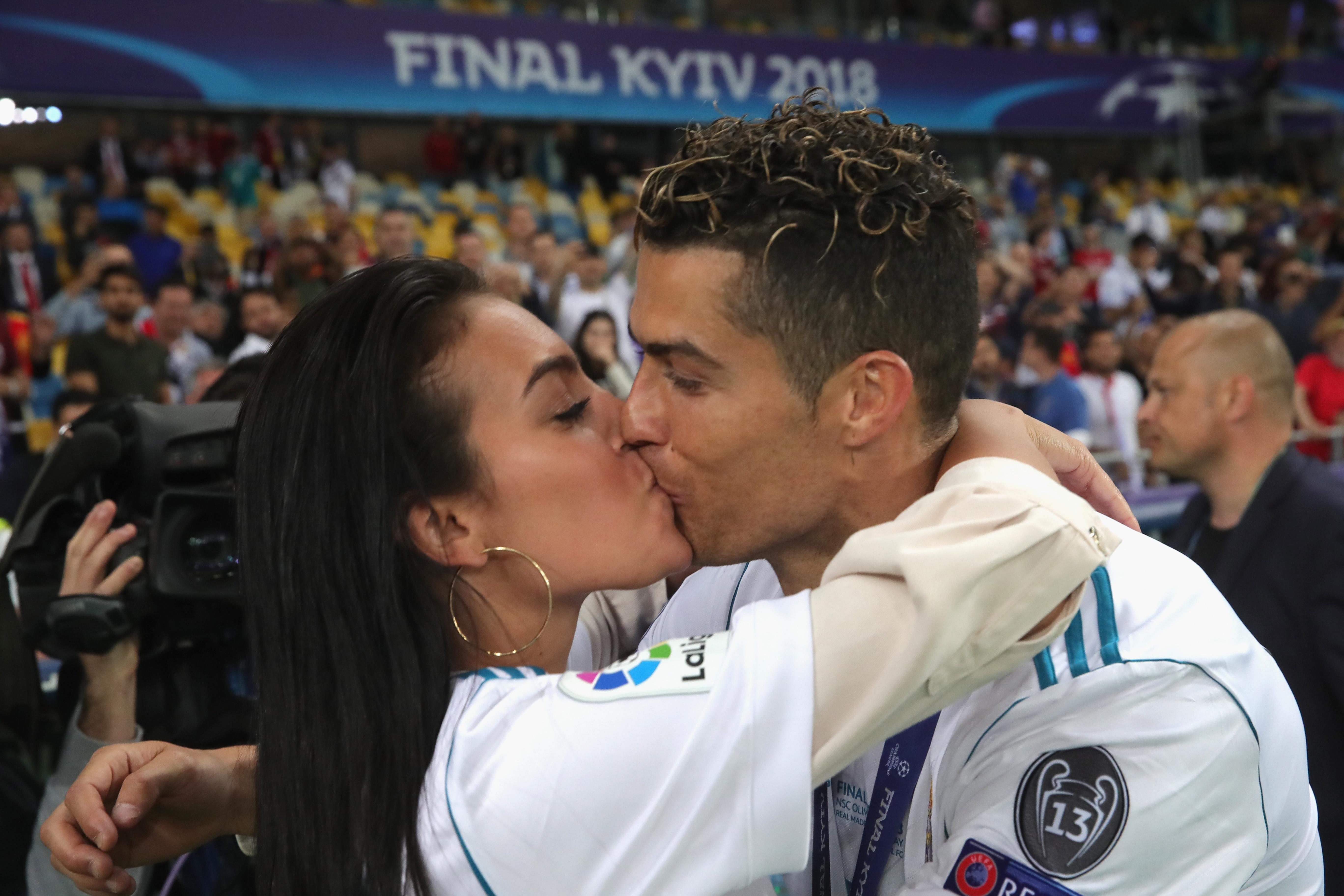 Ronaldo celebrates with Rodriguez after helping Los Blancos to a third consecutive Champions LeagueZidane, speaking at the press conference, added: "I have enjoyed a special relationship with the supporters both as a player and a manager.

"We have endured difficult times this season, with boss, that is the club.

"It is a demanding public — sometimes the players need it. Thank you."