Alexander Zverev has upset Novak Djokovic to claim the biggest title of his career with a 6-4, 6-3 victory at the ATP Finals.

The 21-year-old Zverev is the youngest champion of the season-ending event since Djokovic claimed the first of his five titles a decade ago and the first from Germany since 1995. 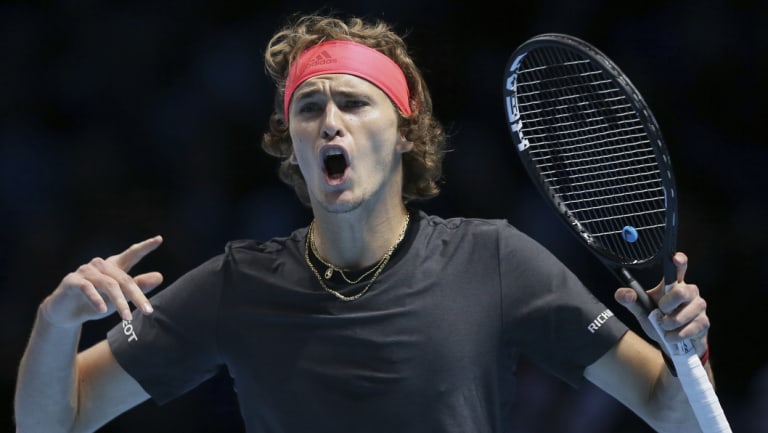 Champion: Alexander Zverev has cemented his status as the man to watch in tennis’ new generation.Credit:AP

Top-ranked Djokovic was attempting to tie Roger Federer's record of six titles but followed the same path as the Swiss great, who lost to Zverev in the semi-finals at the O2 Arena.

Djokovic's serve hadn't been broken all tournament until the final on Sunday. Zverev did it once in the first set and three times in the second, completing the victory with a spectacular backhand winner up the line.

Having failed to take advantage of five championship points during the first-to-10 match tiebreaker, Bryan and Sock then had to save one against their French opponents before finally closing out victory.

The 40-year-old Bryan has now won the tournament five times. He won four times with his usual partner and brother Bob, who has been out with an injured hip since May.

Sock and Bryan have dominated since teaming up, winning Wimbledon and the US Open before finishing their season in style in London.