More than 100 killed in passenger plane crash in Cuba

Havana: More than 100 people were killed in a fiery crash of a Boeing 737 passenger plane in Cuba on Friday, Cuban broadcaster CubaTV reported.

There were three seriously injured survivors among the 114 passengers and crew, Cuban President Miguel Diaz-Canel said.

The aircraft, on a domestic flight to Holguin in eastern Cuba, crashed shortly after taking off from Havana, Cuban state-run media reported. There were 105 passengers, including five children, and nine crew members. 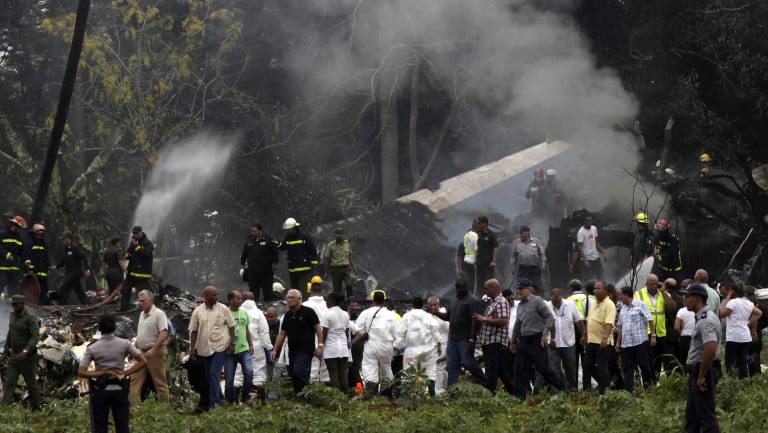 Cuba’s President Miguel Diaz Canal, third from left, walks away from the site where a Boeing 737 plummeted into a yuca field.

Wreckage was strewn over the area 20 kms south of Havana, a Reuters witness said, and blackened parts of the fuselage were visible.

"We heard an explosion and then saw a big cloud of smoke go up," said Gilberto Menendez, who runs a restaurant near the crash site in the agricultural area of Boyeros. 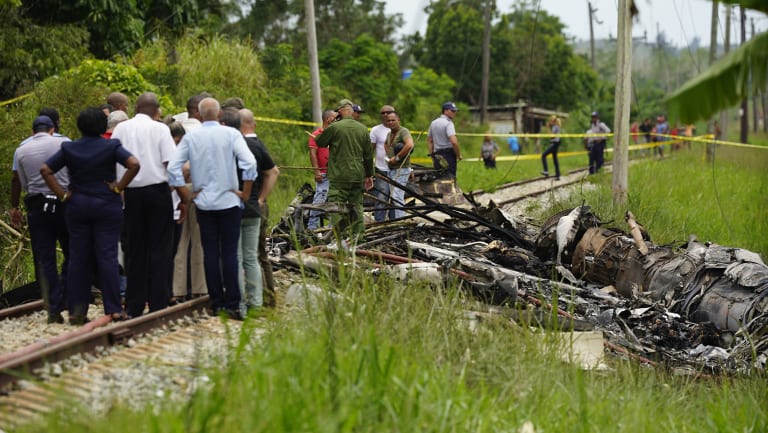 Rescue and search workers on the site where a Cuban airliner with more than 100 passengers on board crashed.

Carlos Alberto Martinez, the director of Havana's Calixto Garcia hospital, told Reuters that four victims of the accident had been brought there. One had died and three others, all women, were in a serious condition, he said.

"She is alive but very burnt and swollen," said a distressed relative of one of the survivors at the hospital.

The flight was leased by airline Cubana from a small Mexican airline called Damojh or Global, Cuban state media said. Holguin has some of the island's most pristine beaches, and attracts tourists. 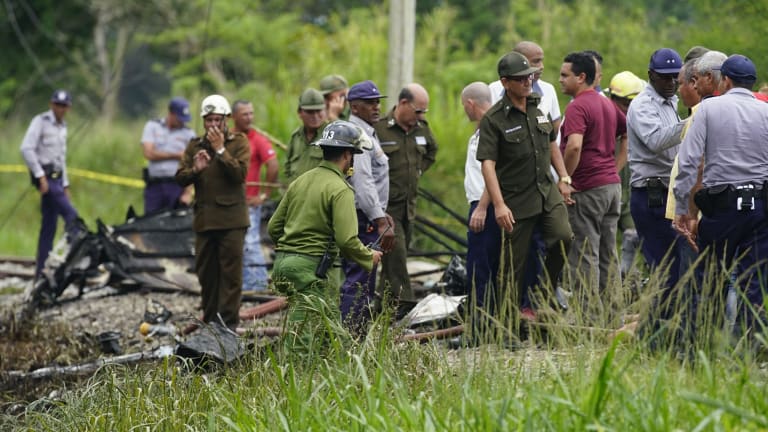 Cubana declined to comment. A Damojh representative in Mexico said, "we are gathering what we can to give correct information."

The nationality of those on board was not immediately clear. State media said that the crew were foreign, but provided no further details.

Flight tracking websites indicated the flight was CU972, departing Havana at 11am.

The Mexican government said on its website that the plane was a Boeing 737-201 built in 1979, making it around 39 years old.

Boeing Co said in a Twitter post: "We are aware of news reports out of Cuba and are closely monitoring the situation."

Boeing 737 aircraft use engines made by CFM International, the supplier of the world's most-used engines, built by a joint venture of GE and France's Safran.

On Thursday, Cuba's First Vice President Salvador Valdés Mesa had met with Cubana bosses to discuss public complaints about its service, according to state-run media. Problems included the cancellation of numerous domestic flights this year, and long delays which the company said were caused by technical problems with its aircraft.

Earlier this month, the company was ordered to suspend flights by its six Russian built AN-158 aircraft, of which most had reportedly already been grounded.

The last fatal crash in Cuba was in 2017, the Aviation Safety Network said. It was a military flight that killed all eight personnel aboard. In 2010, a commercial Aero Caribbean plane crashed in central Cuba. All 68 people on board were killed.

The latest available information on Cuba from UN safety aviation agency ICAO, dating back to 2008, ranks it above the global average – though that preceded the latest three crashes.