Up to 150,000 people swarm streets of Windsor ahead of Royal Wedding procession as guests pile into chapel

The Long Walk is packed with well-wishers hoping to catch a glimpse of Meghan Markle and Prince Harry. 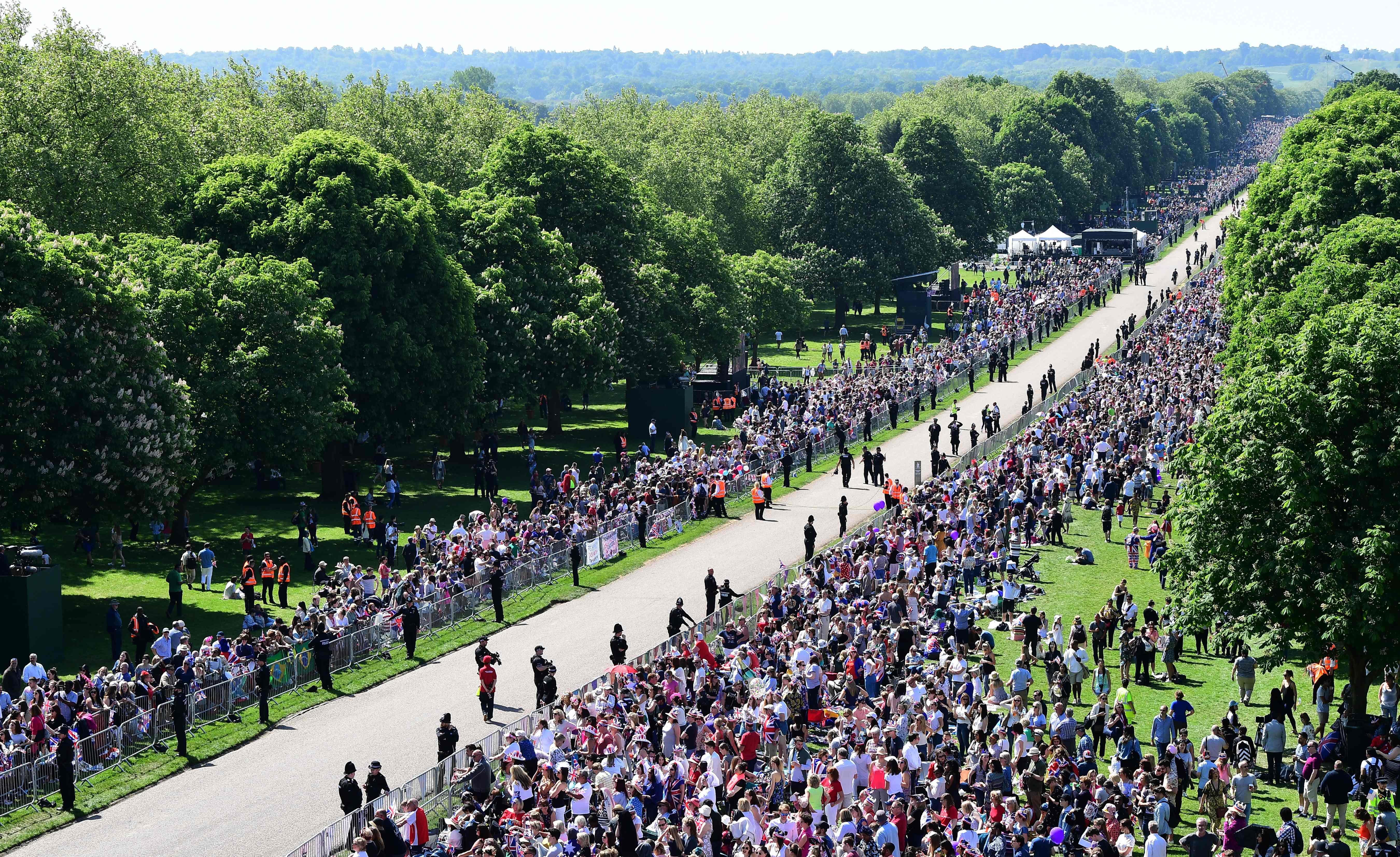 Incredible aerial shots show the streets lined with thousands of people who have descended on Windsor today.

The Long Walk leads into Windsor Castle and the carriage procession carrying the newlyweds will make its way down after the wedding.

A number of celebrities have been making their way into the chapel – including David Beckham and wife Victoria.

George and Amal Clooney are also in attendance and will be joined in watching the wedding by James Cordon, Idris Elba and the Middletons. 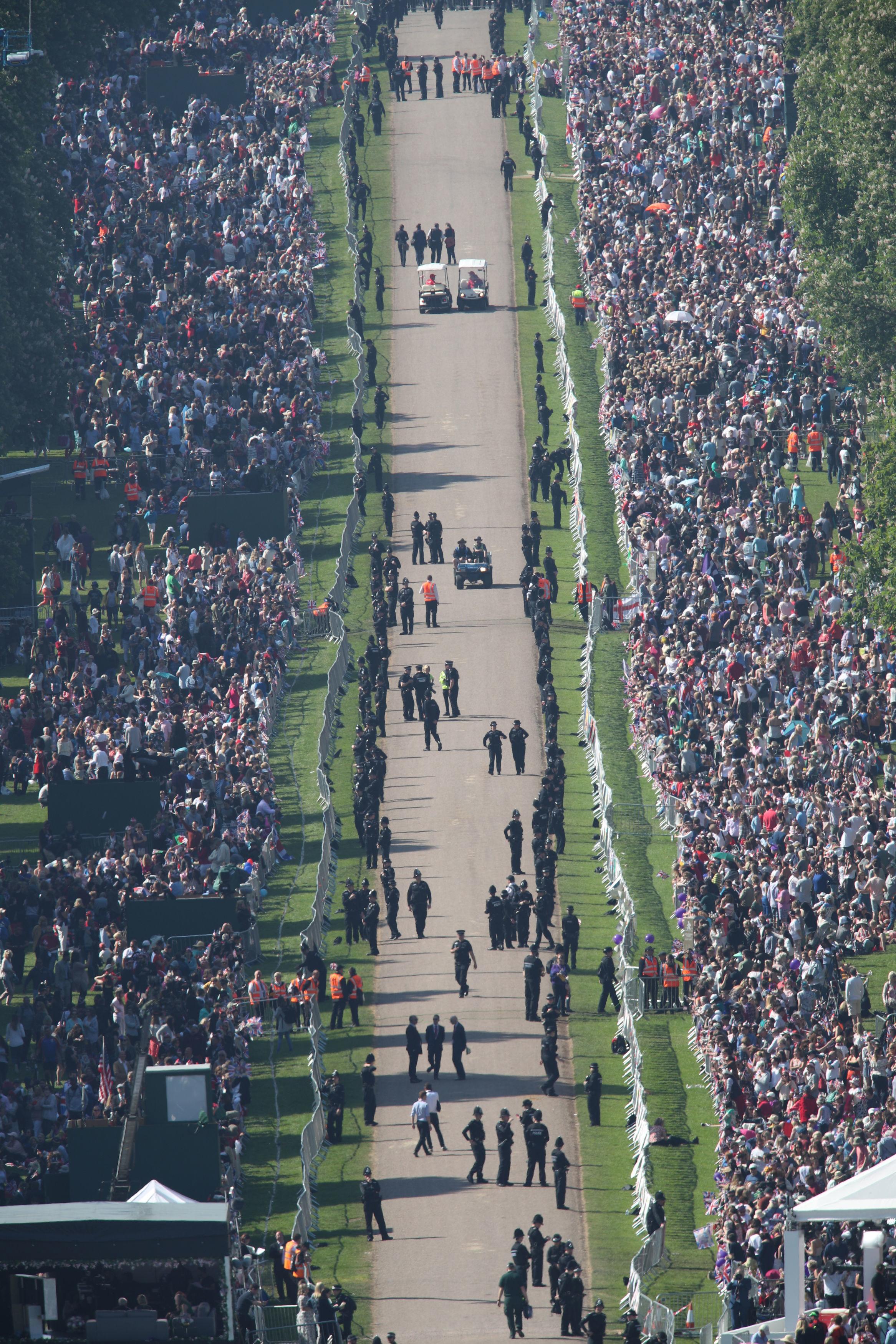 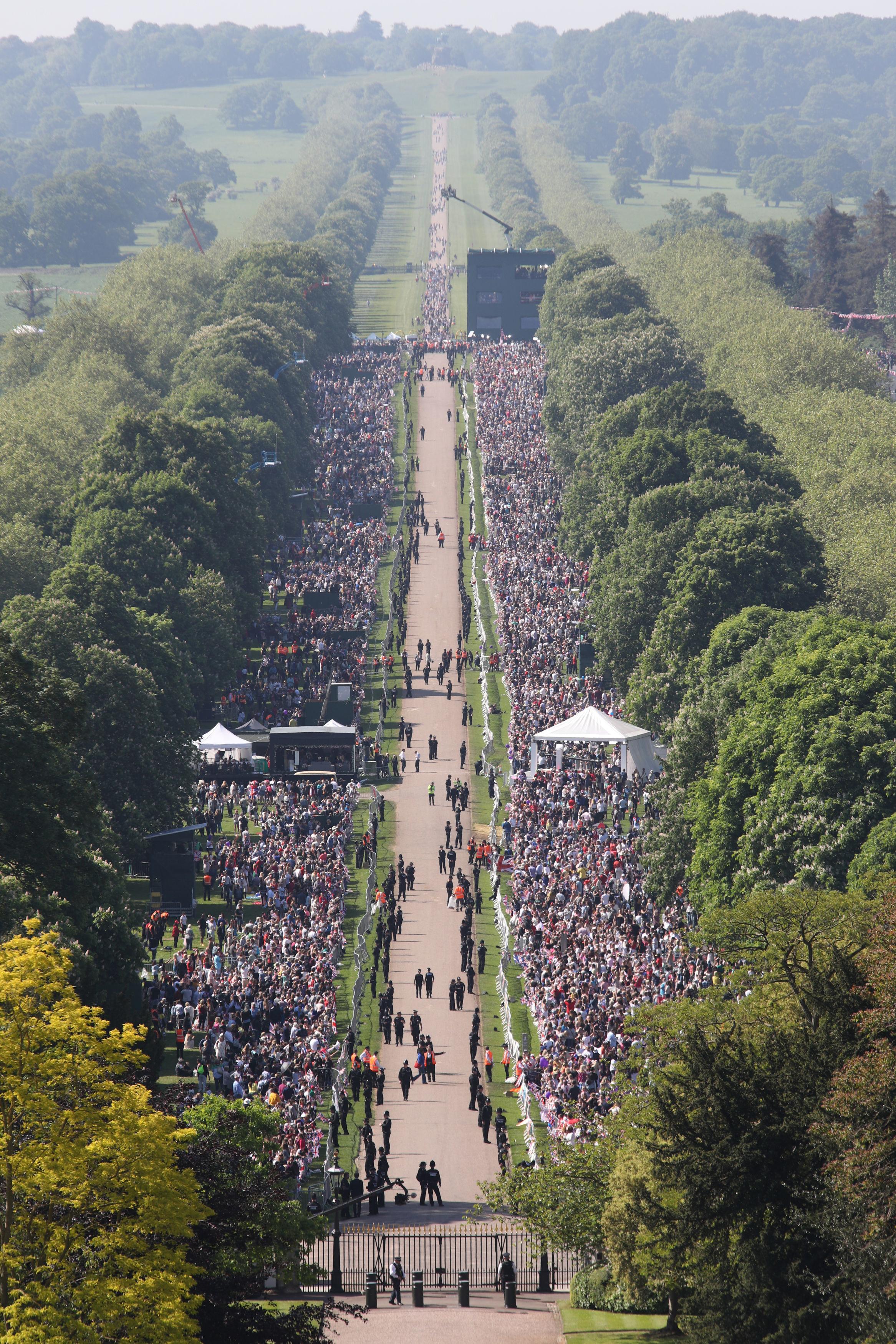 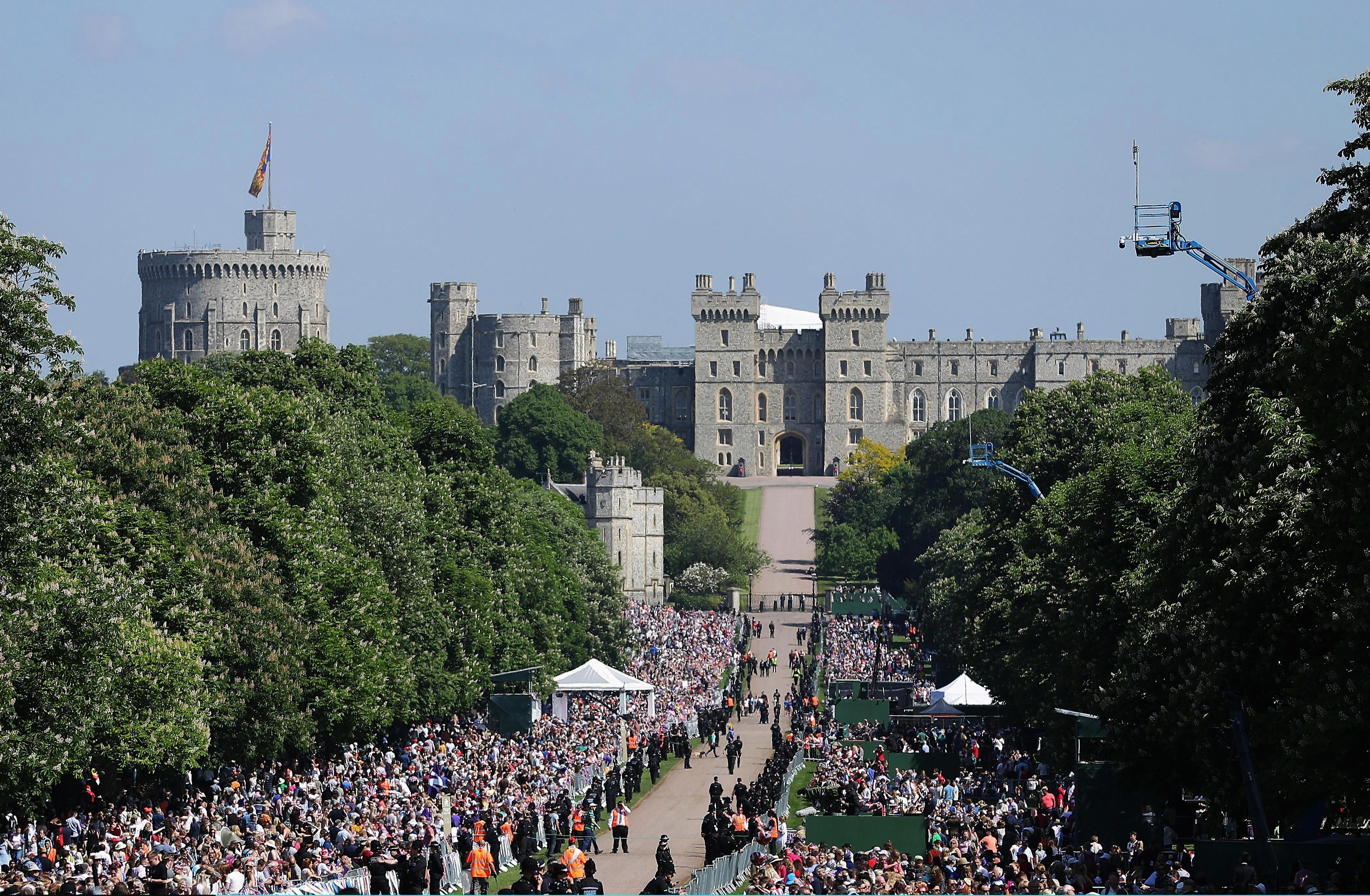 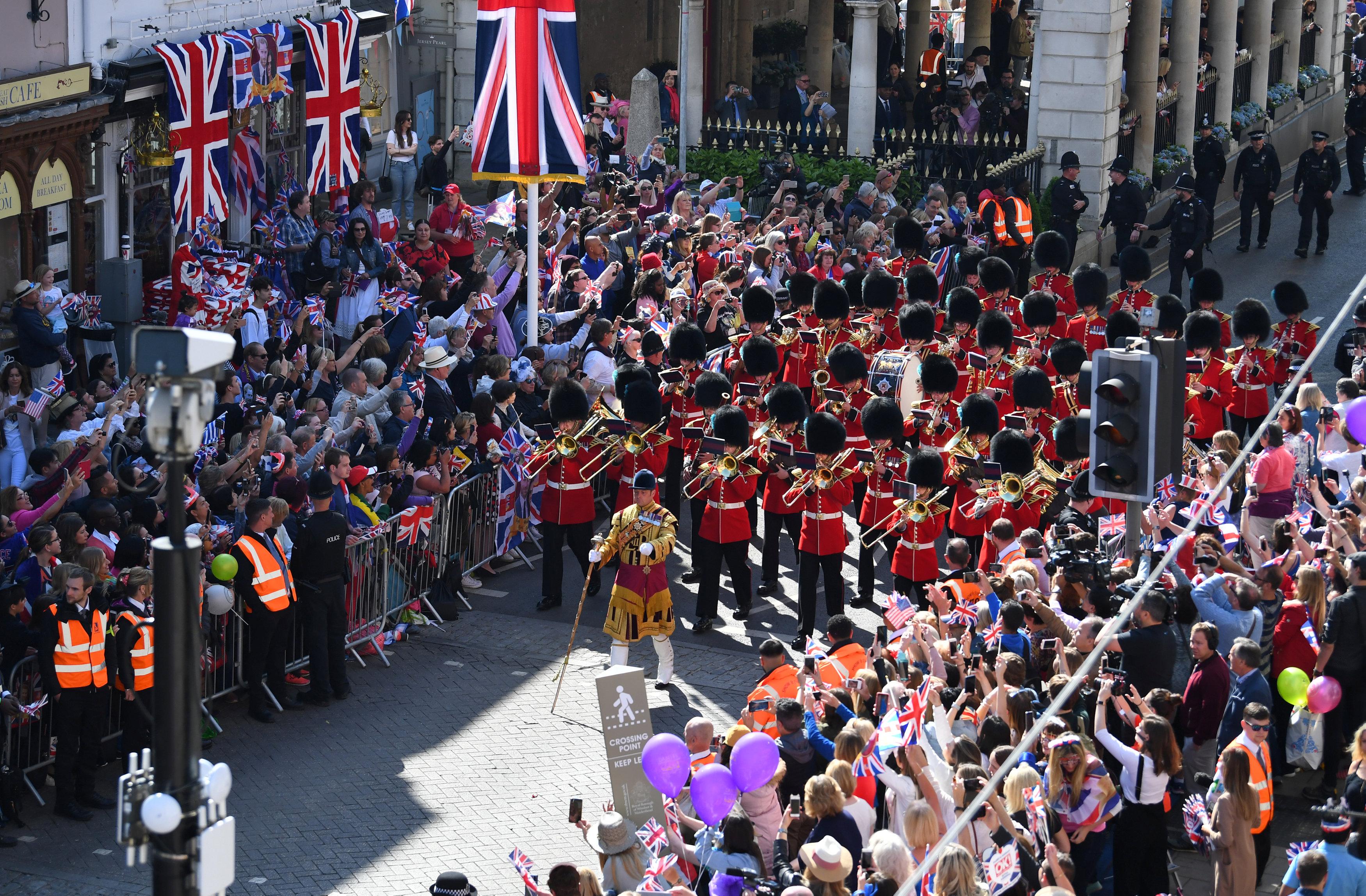 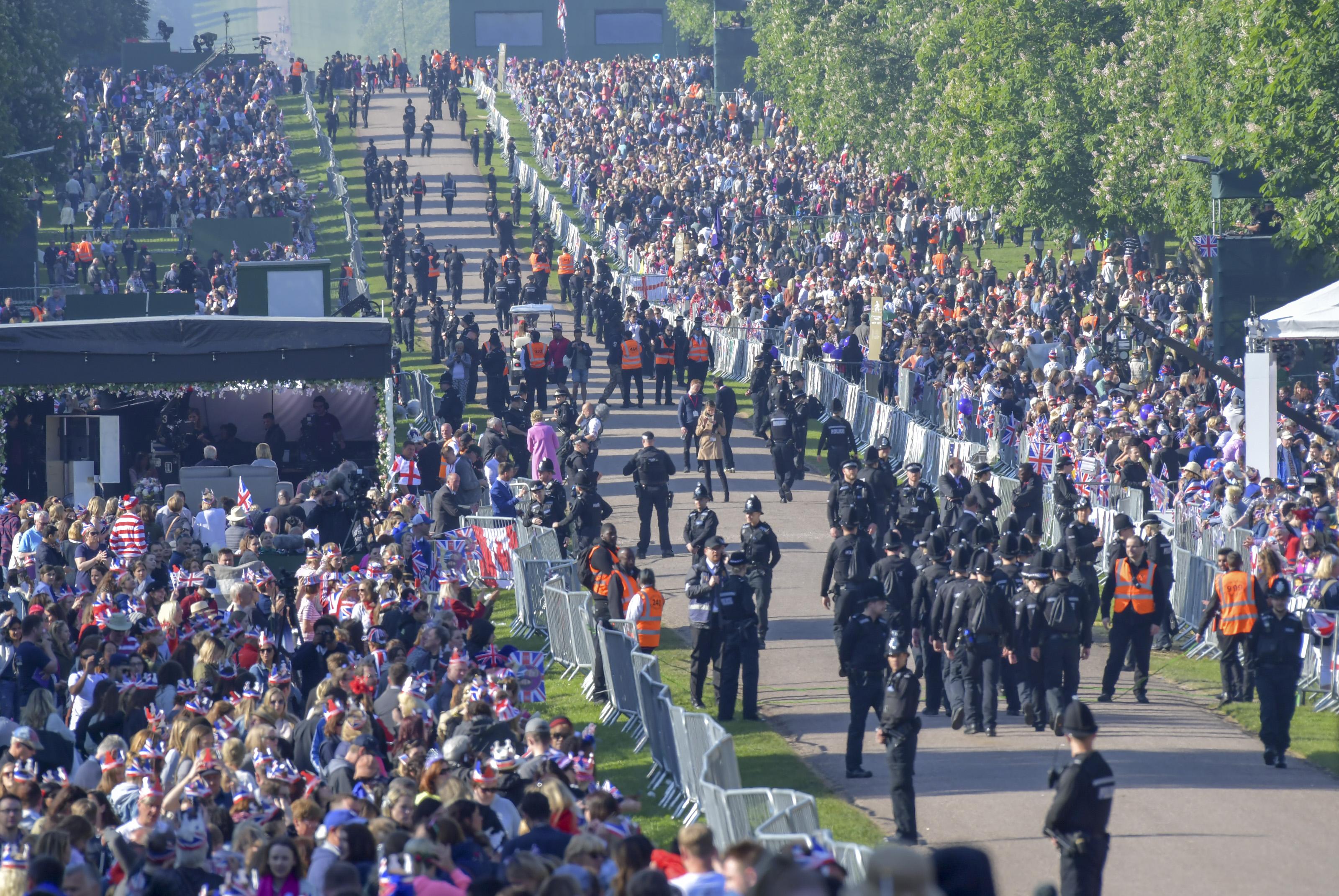 Guests are now packed into the chapel as the wedding prepares to get underway.

Meghan will today walk down the aisle at St George's Chapel – entering by herself before being joined by her future father-in-law Prince Charles.

The US actress' own father Thomas Markle officially pulled out of the wedding after a tumultuous week where it was revealed he had posed in staged paparazzi photos. 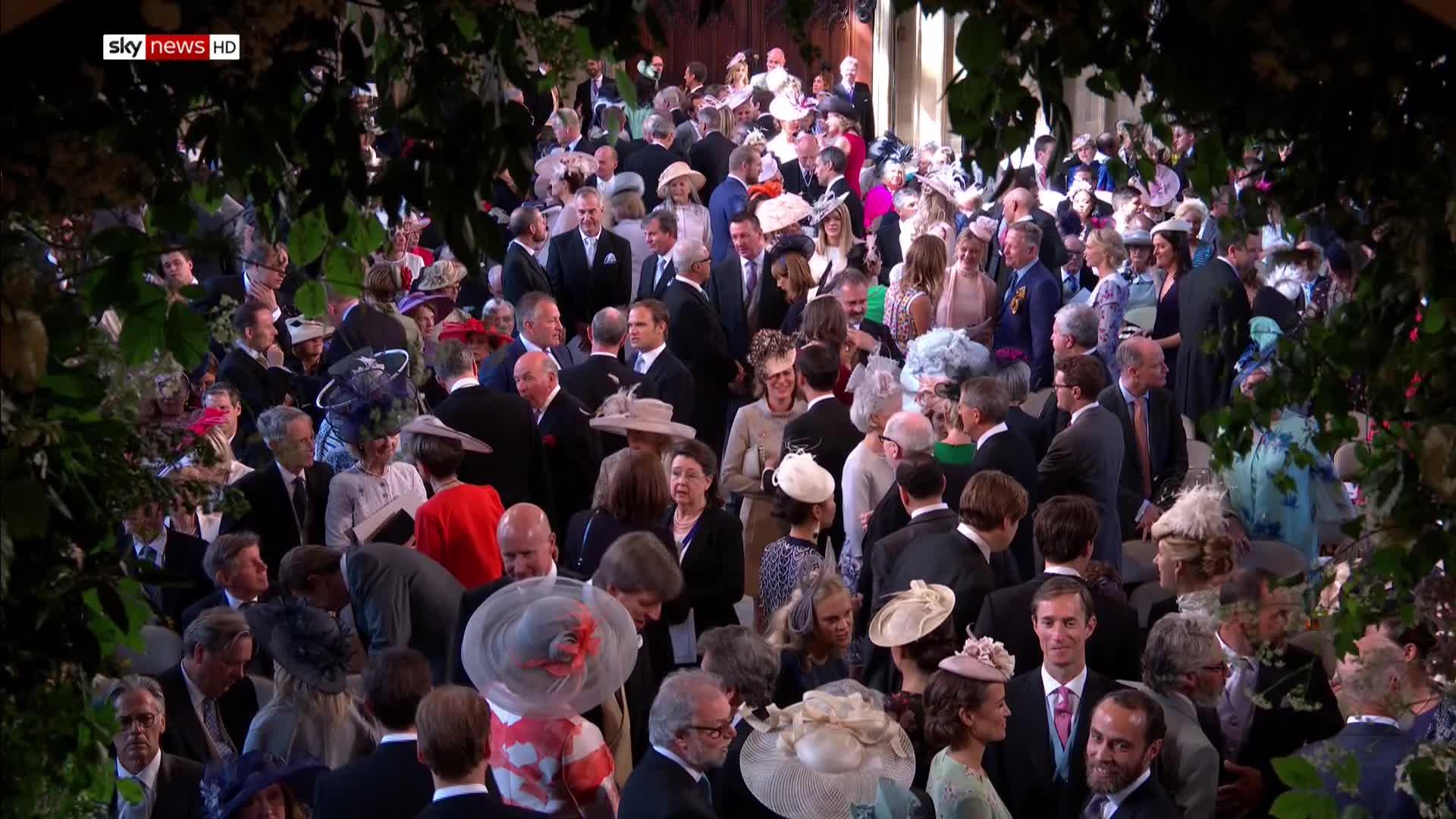 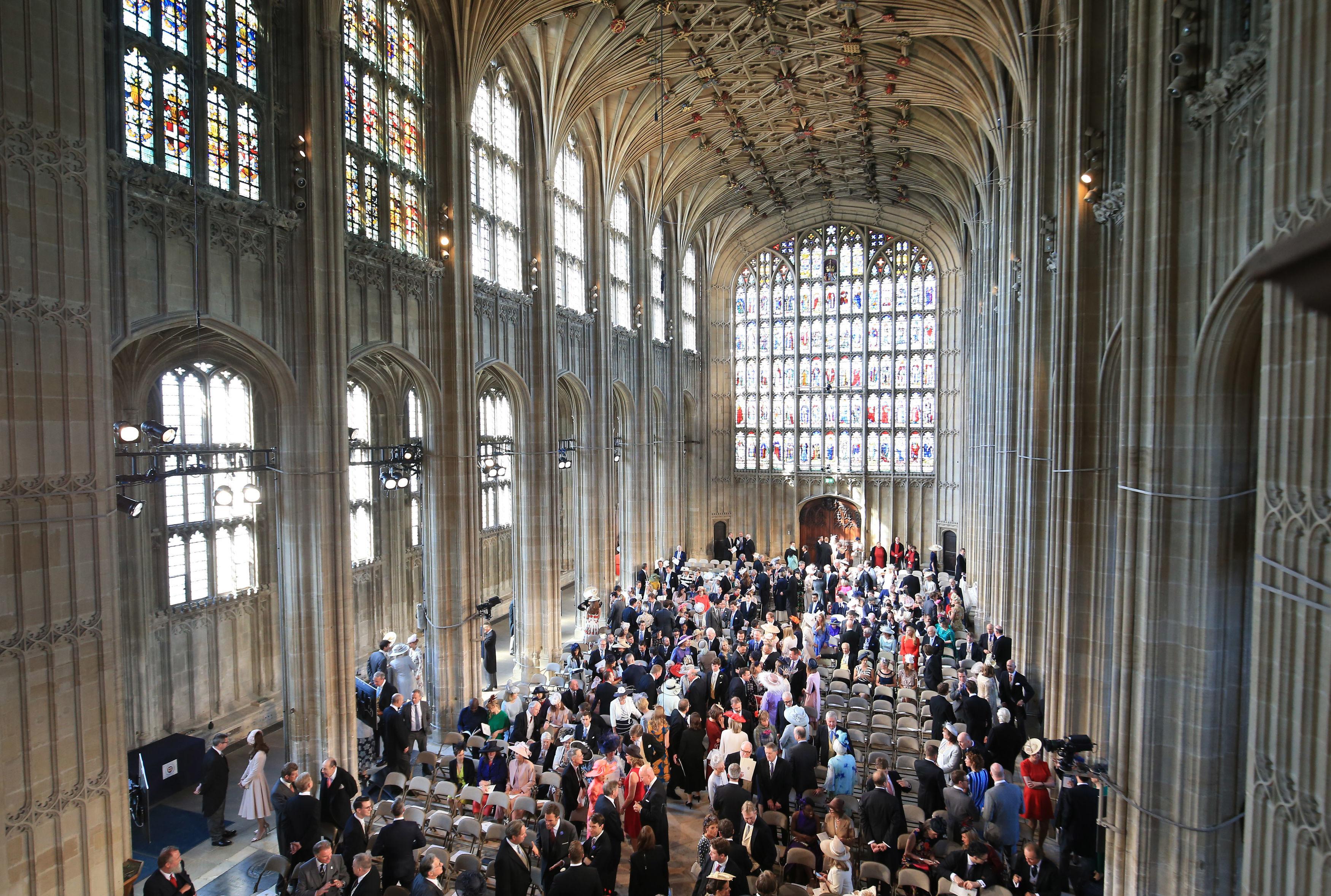 The service at Windsor Castle promises to be a modern affair – with Ben E King's classic Stand by Me due to be sung by a choir.

The couple have also chosen not to "obey" each other in their marriage vows – and instead will "honour and protect".

Among the guests will be Prince Philip, with the 96-year-old's attendance having been in question after he underwent a hip operation.

The wedding ceremony will see Harry and Meghan, newly announced as the Duke and Duchess of Sussex, riding together in a two-mile, 25-minute open-top carriage procession through the streets of Windsor.

Last night Harry and and best man Prince William greeted jubilant crowds – many covered in Union Jacks and bunting – after waving off Meghan Markle and her mum Doria.

Prince Harry and William's walkabout echoed the pair's impromptu public appearance on The Mall in central London in 2011.

Beaming Harry shook hands with royal fans in Windsor and said he was feeling "great" just a day before his wedding.