After a week of hours-long waits at polling sites, some New York voters got creative Saturday.

Upper East Side resident Michael Galasso, 52, shelled out $65 to a line sitter who got to the Robert Wagner Middle School at 3:30 a.m. and secured the first spot. Galasso, who had tried twice to vote earlier in the week, arrived at 6:30 a.m., a half-hour ahead of the doors opening at the East 76th Street school.

“The prior two attempts, you know, the line was around the block twice and there was an overflow on Second Avenue,” said Galasso, who works in finance and was voting for President Trump.

This is the first time New Yorkers have been able to vote early in person for a presidential contest and 3 million statewide have voted — 1.97 million people cast ballots through Friday, according to a report, and slightly more than 1 million mailed in an absentee ballot as of Tuesday. In New York City alone, 839,875 residents had voted in person by Friday, the Board of Elections said.

Former Mayor Rudy Giuliani arrived at the middle school about 7:30 a.m. wearing a sport coat and American flag mask. He entered through an exit door and dodged the line.

“They brought him in quietly. He didn’t shake hands or anything,” a poll worker said. “He was just in and out.”

Giuliani, who is Trump’s personal lawyer, voted with an affidavit ballot, the worker said. The ballots are typically used when a voter’s information cannot be found.

The Board of Elections assigned 100,000 voters to the Upper East Side school, which was overwhelmed. There was a line of about 100 people waiting to enter Saturday morning before the polls opened, but it moved swiftly once voting began.

The BOE extended early voting hours after crowds swarmed polling sites last weekend when voting hours had been limited to 10 a.m. to 4 p.m.

Polls close at 5 p.m. Saturday and open at 7 a.m. Sunday when voting will last until 4 p.m. Election Day voting will begin at 6 a.m. Tuesday. There will be no voting at polls on Monday. 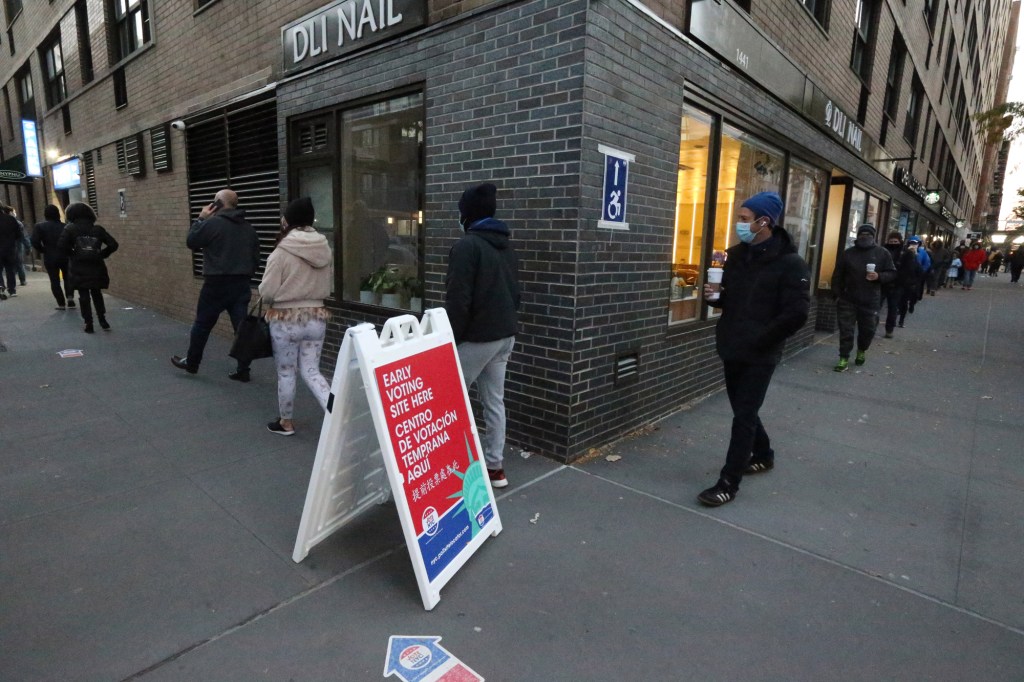 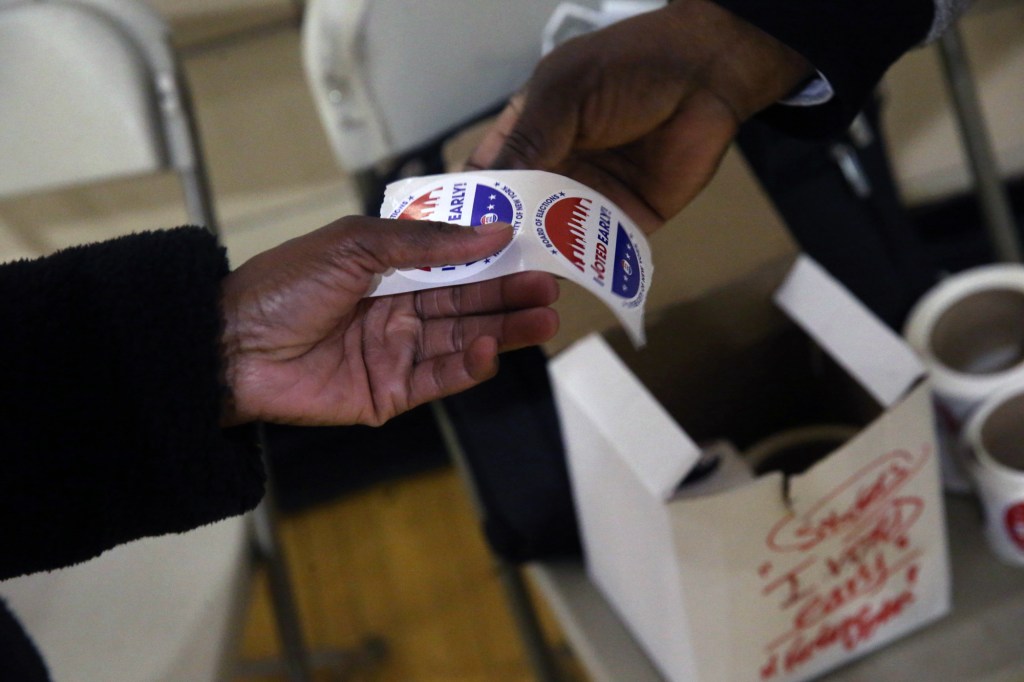