Extreme weather is forecast today and threat to life warnings are in place after the weather system cancelled flights, and left coastal roads inundated with seawater. 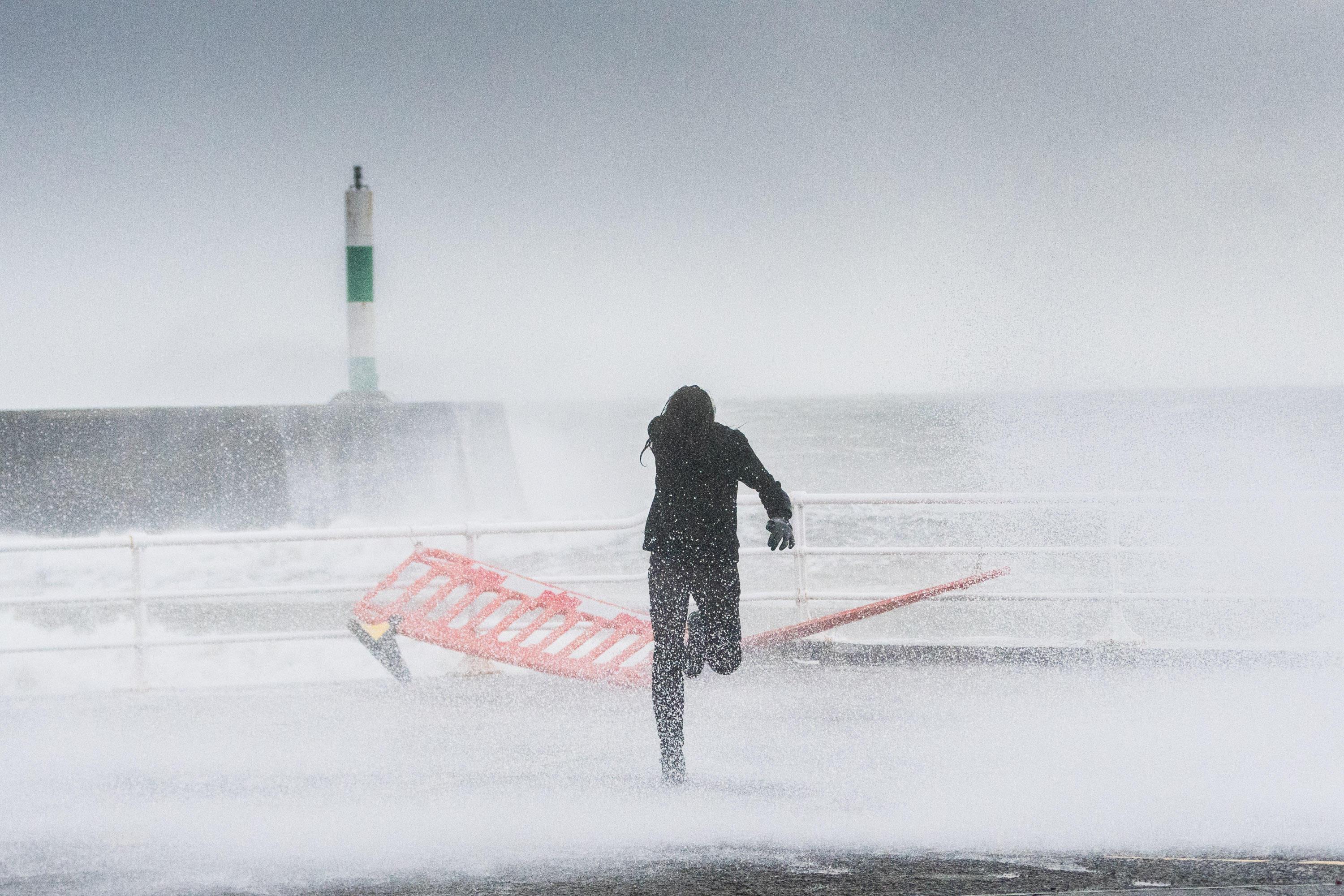 Engineers were working through the night to restore power as entire towns were left in black out.

Worst areas hit were Kilkenny, Kildare and Cork, in Ireland and Truro, Cornwall.

Airports, including Heathrow, Manchester, Birmingham and Edinburgh cancelled flights due to high winds, with travel companies warning customers to check their provider today.

Travel chaos is expected this morning has flooding and debris affects main roads. 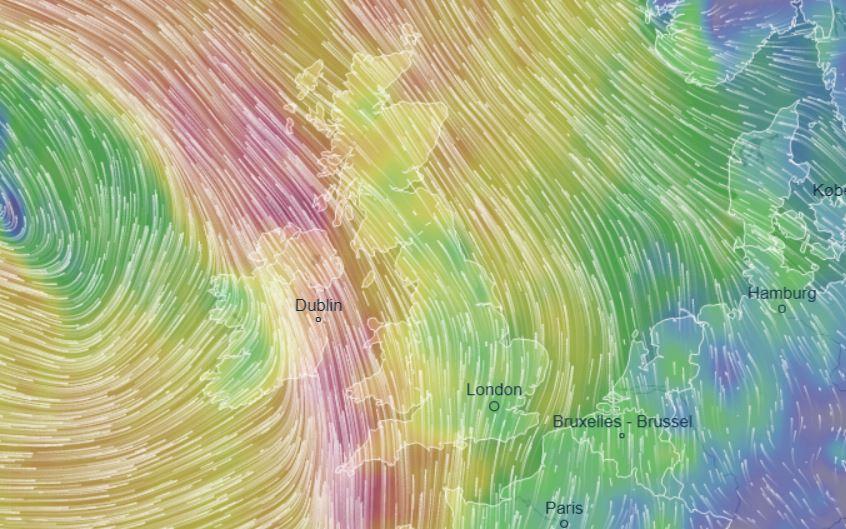 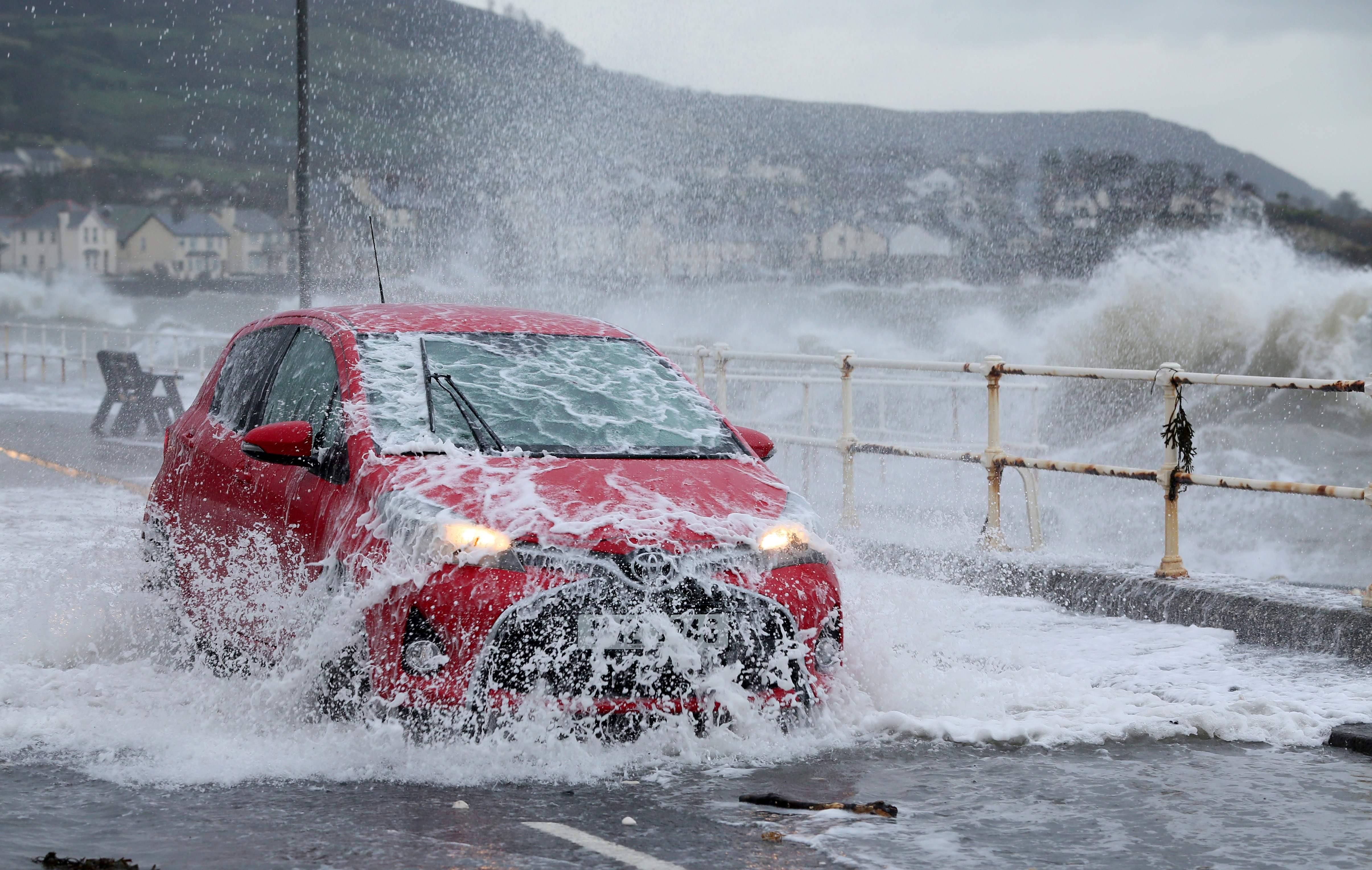 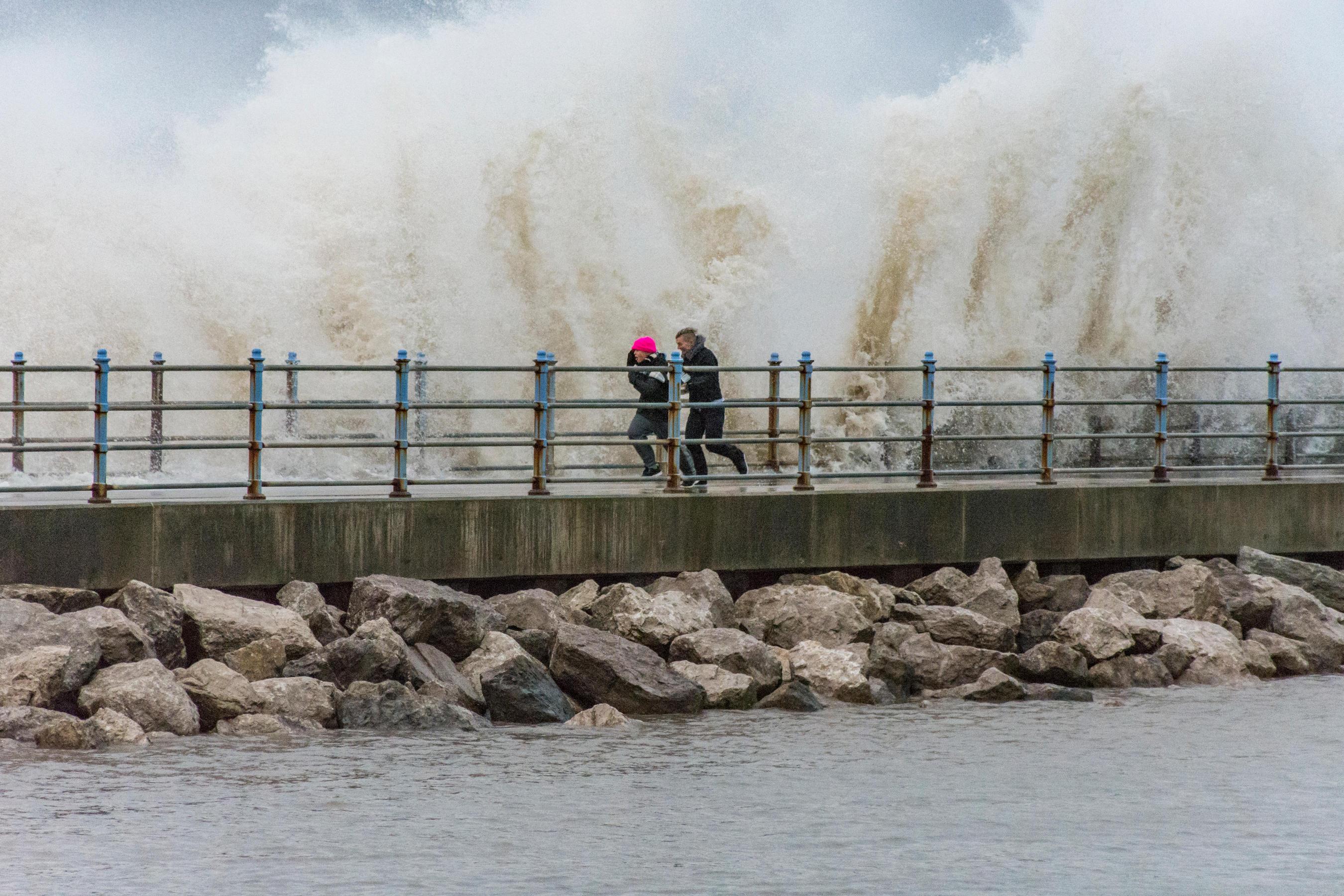 SPONSORED: Save £100s off your energy bill every year

Switchcraft finds the best deal for you – and continues to switch you on to cheaper deals, so you never have to do it yourself.

£5 cashback is paid into your bank account within 4 months of completing the switch. Pre-paid meter customers will receive a £5 Amazon voucher. Promotion ends 31/12/18. Open to those aged 18 and over. UK residents only. Click here for full T&Cs.

NewsUK has a brand partnership with Switchcraft.

A Yellow wind warning is in place for Wales and all parts of England barring the South East, with "danger to life" threats from this morning.

The danger period stretches from noon today until 3pm, with delays to road, rail, air and ferry transport likely to follow.

The Met Office warned of winds of up to 80pmh, flying debris, falling trees, large waves and debris being thrown onto seafronts and coastal roads.

Meanwhile 13 flood alerts have been issues for England, as well as two flood warnings where inundation is deemed to be likely tomorrow. 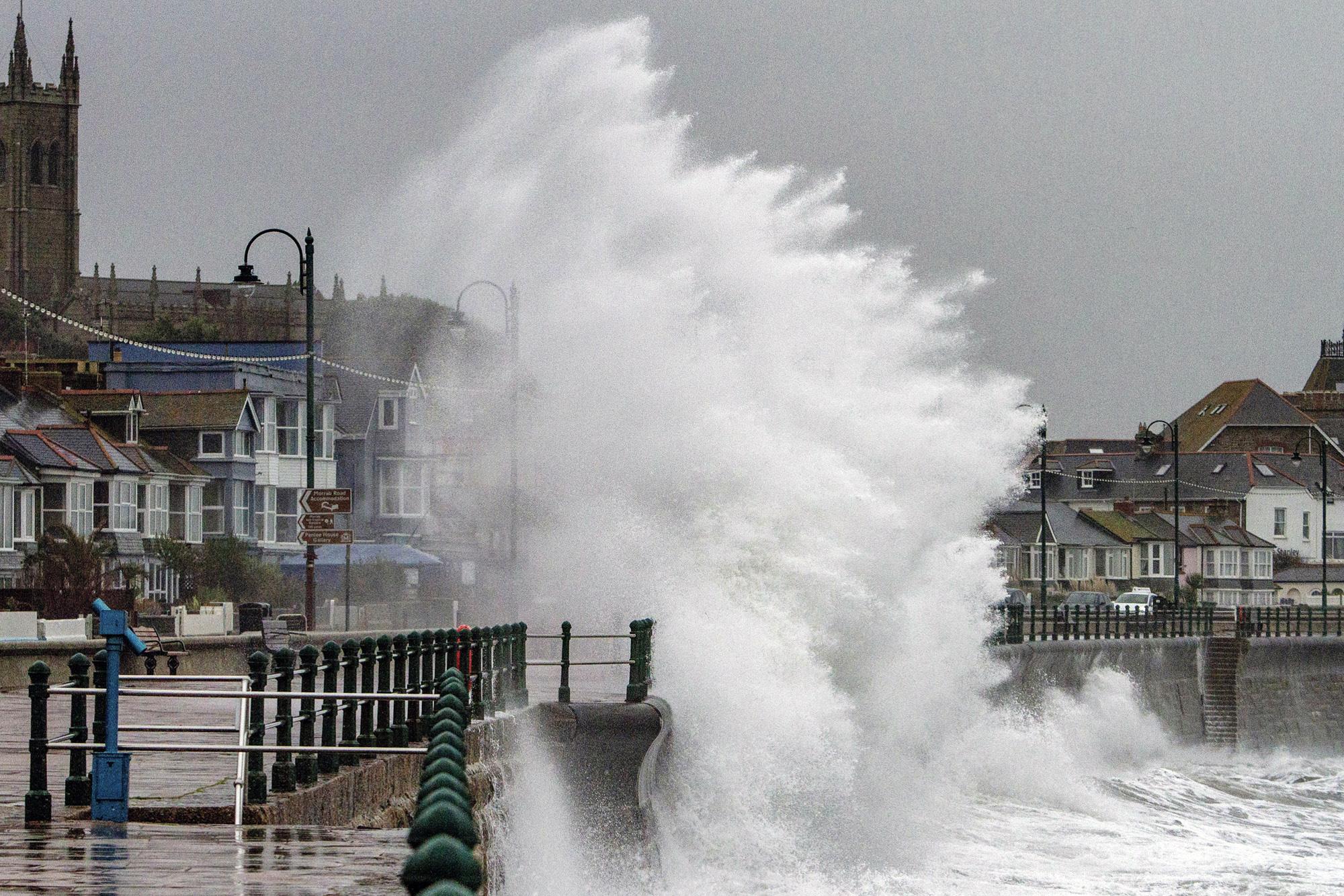 The most likely places to be hit by floods were Lyme Regis Harbour northeast of Brixham, and West Bay Harbour just out of Dorchester.

The majority of alerts were in the South East.

Yesterday 70mph winds cut off electricity to 800 homes in Truro, Cornwall and led to scores of flights from Dublin and Cork airports to be cancelled.

Councils in the south west of England have been slammed for evicting homeless sheltering from the wind and rain that is sweeping Britain. 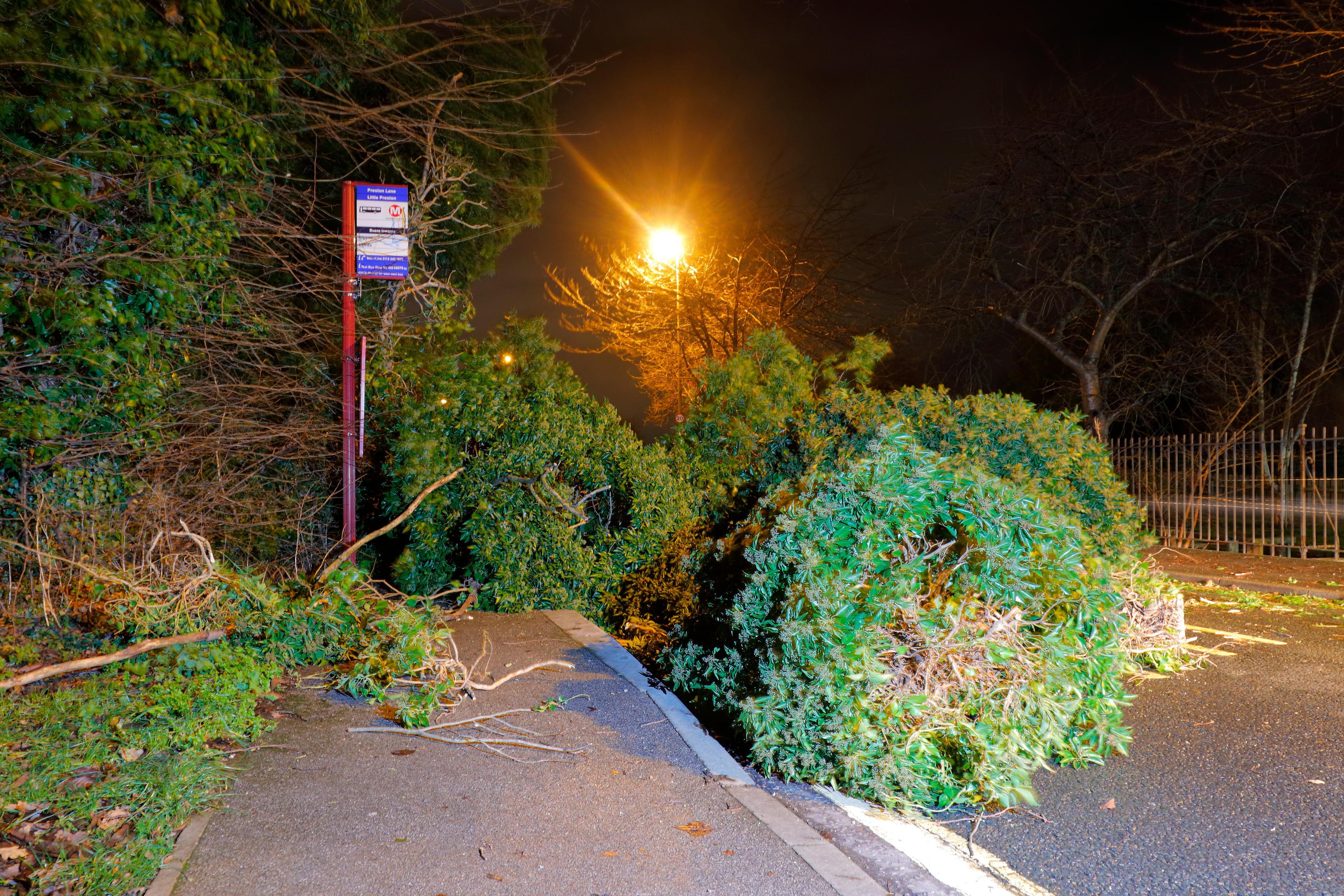 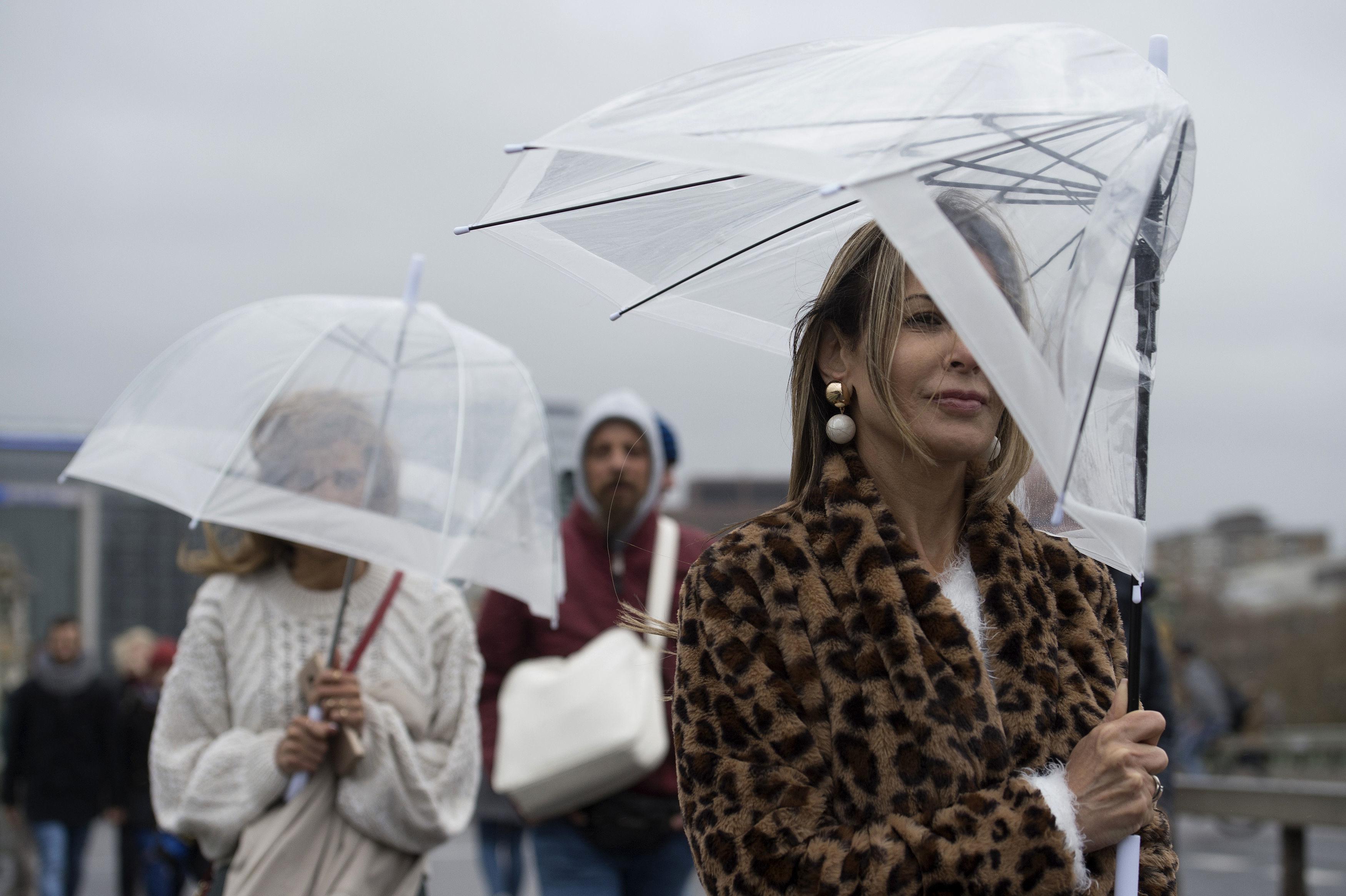 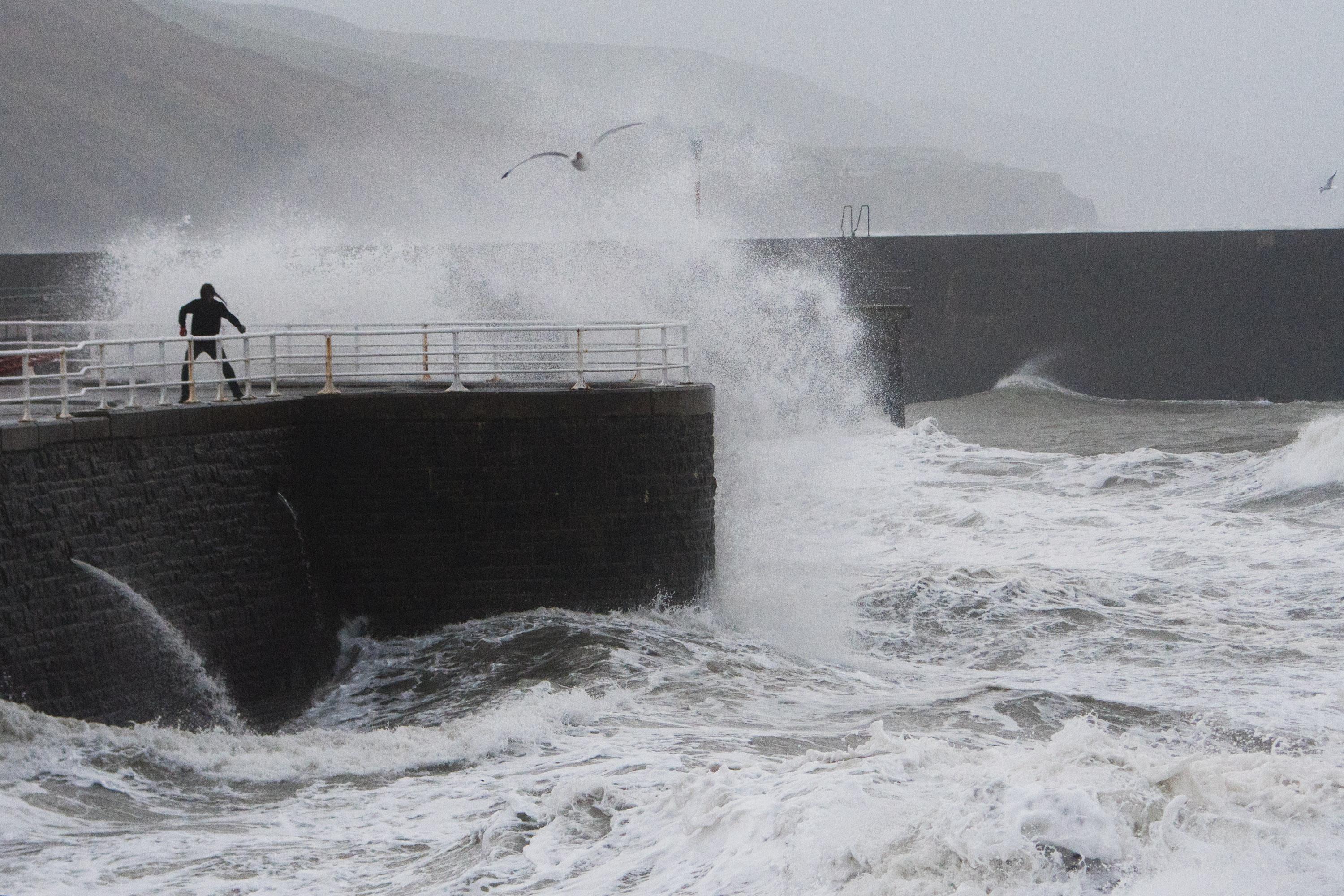 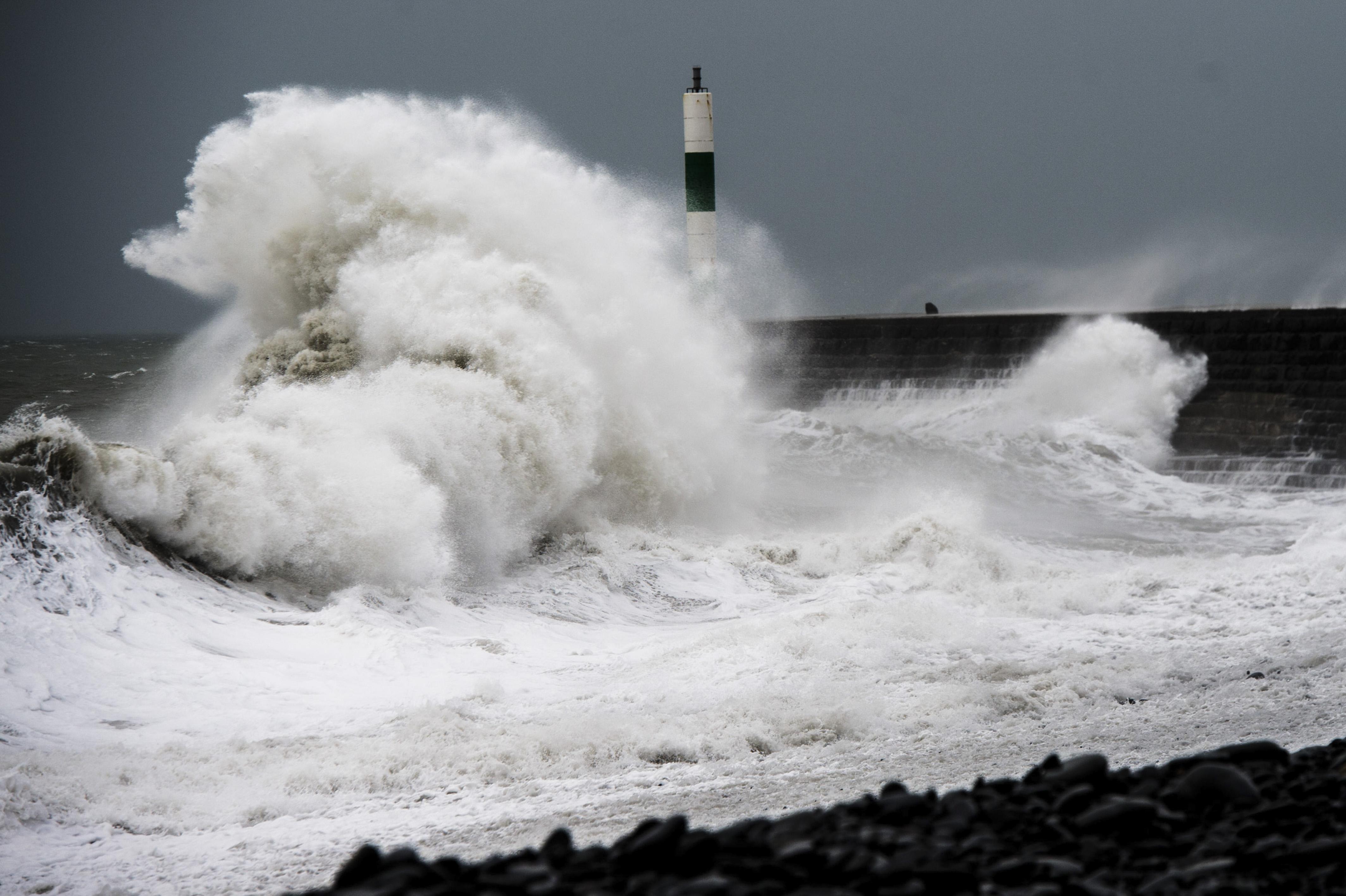 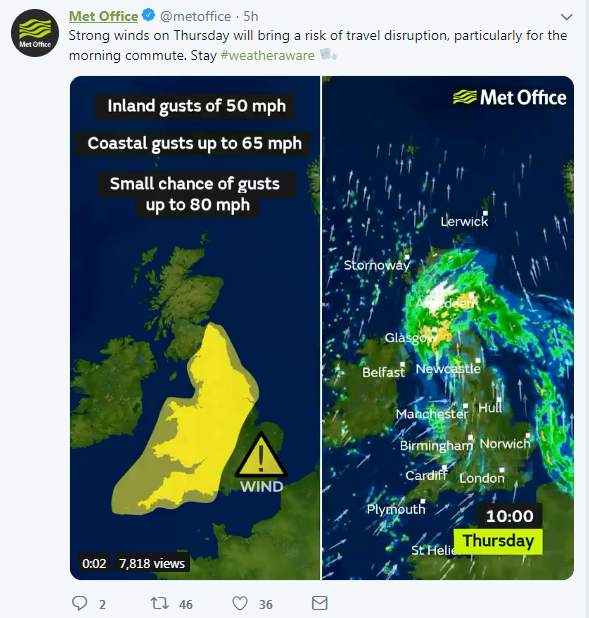 Cork airport has urged passengers to check with their airlines as several flights are expected to be cancelled today.

Kerry and Waterford could also be affected as the south coast is pummelled with the winds.

An emergency operation was launched after a man was spotted swimming in his boxers in the towering seas in Penzance.

Team members from National Coastwatch hauled him into a lifeboat after someone had spotted him in the choppy waters.

It will be a very windy day for all with gales or severe gales, especially in the north and west, according to forecasters. 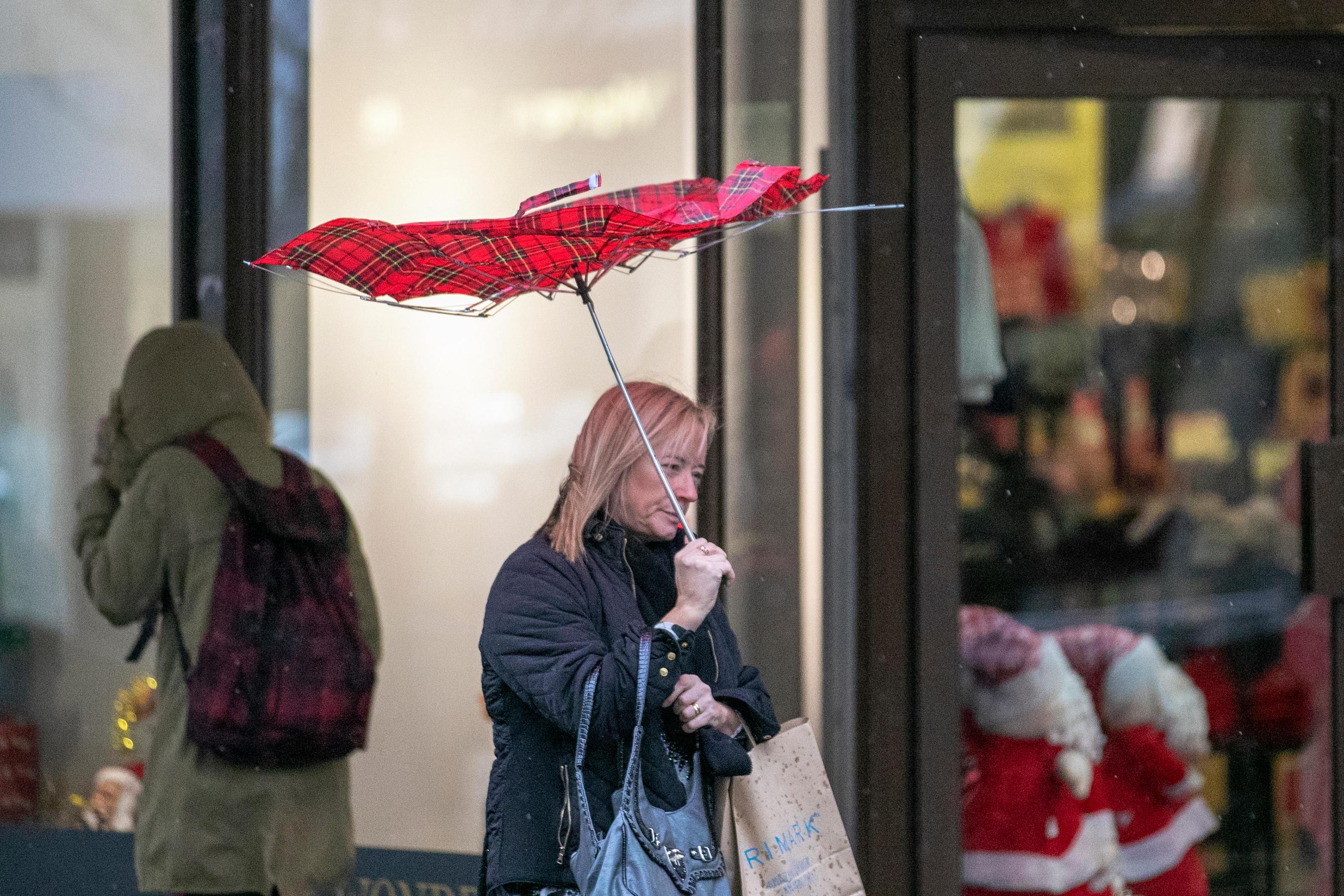 The Met Office say rain is likely for most places, with the heaviest showers over Scotland and Northern Ireland.

Diana is expected to make landfall in just hours along the west coast of Britain from Cornwall to the Shetland Islands.

As many as 62 flights to or from London Heathrow were disrupted by noon yesterday — with a further 380 delayed by more than 15 minutes.

Storm Diana, named by the IMPA Portuguese weather service, is currently threatening the Azores and will be the fourth major storm system to hit the UK this autumn. 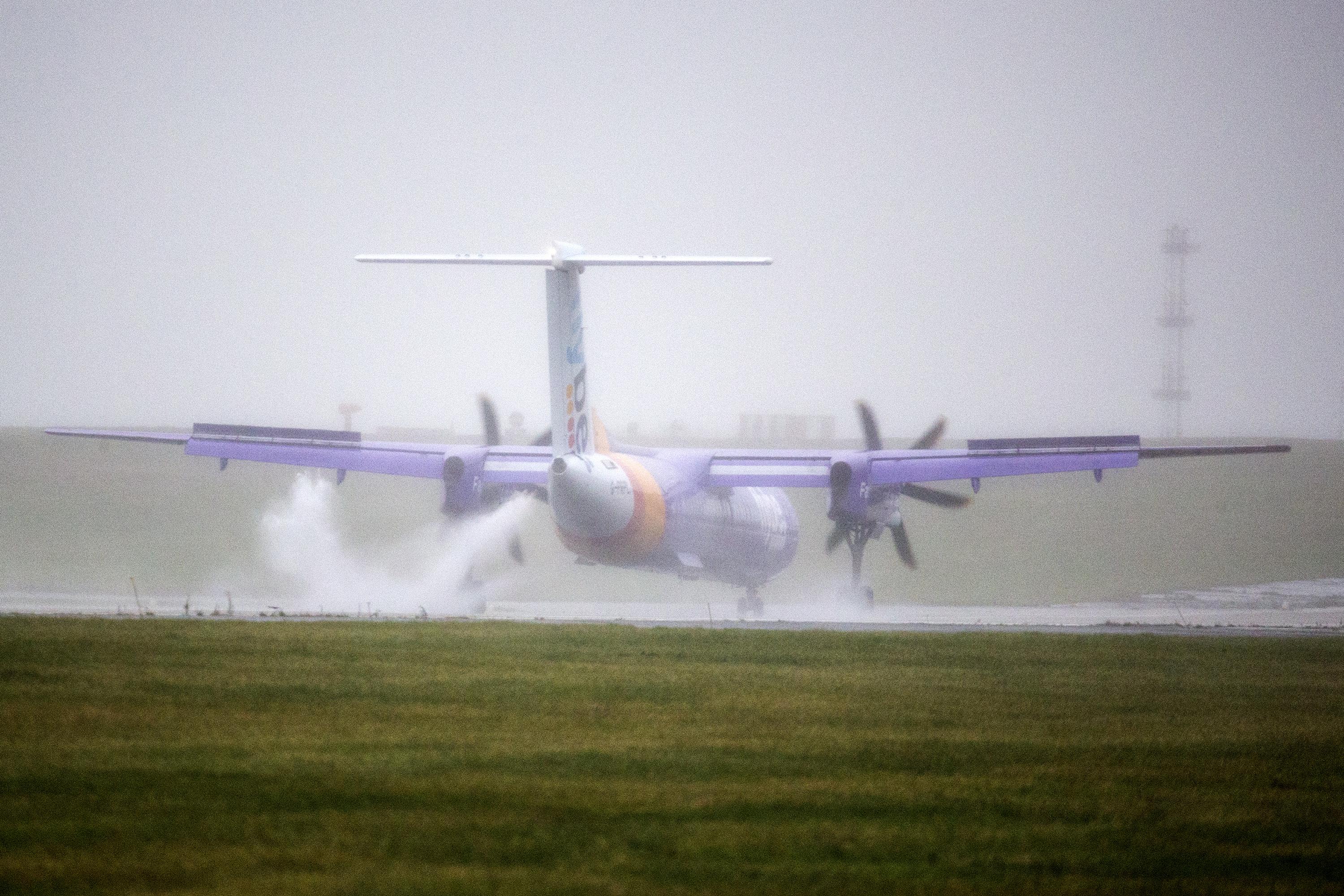 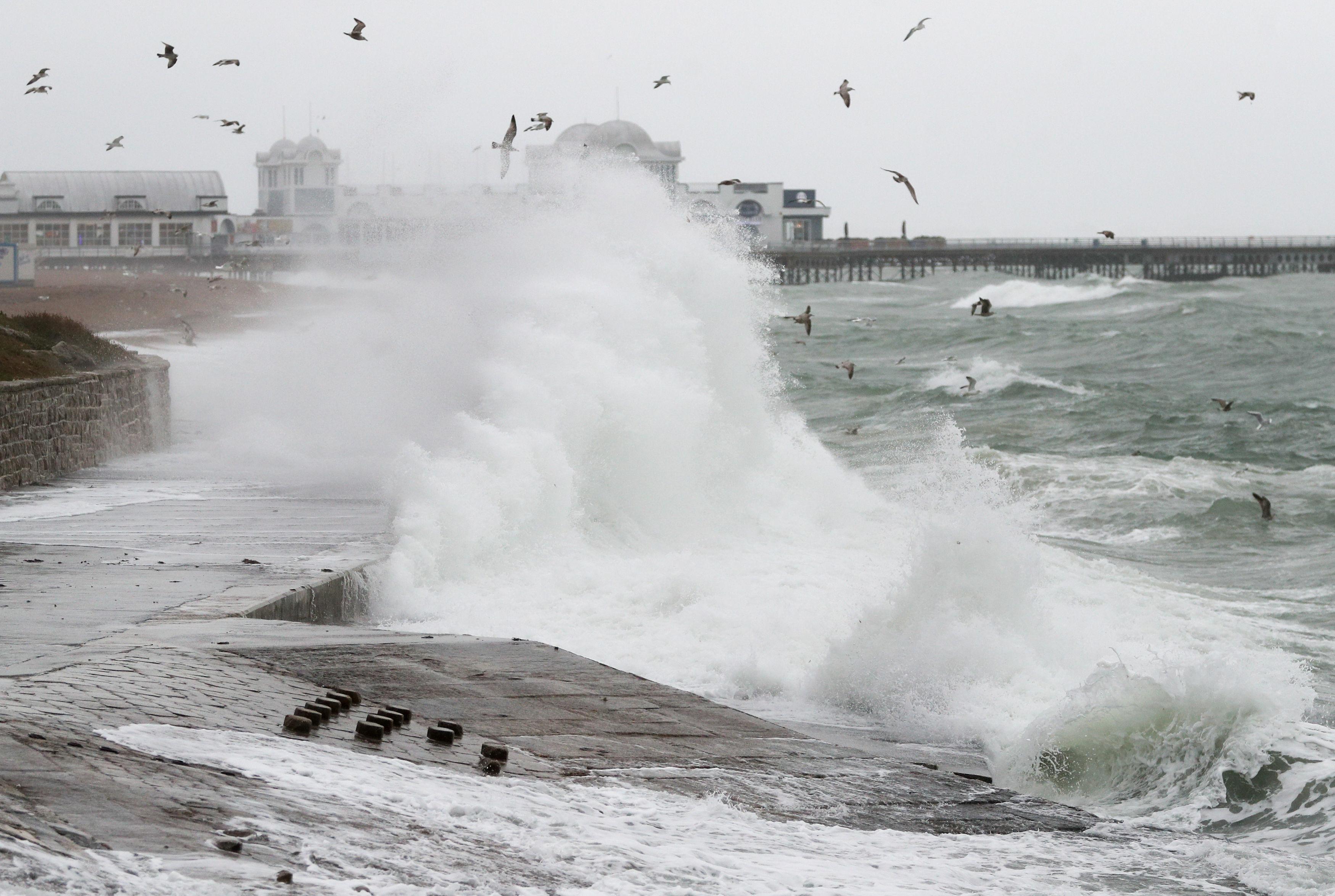 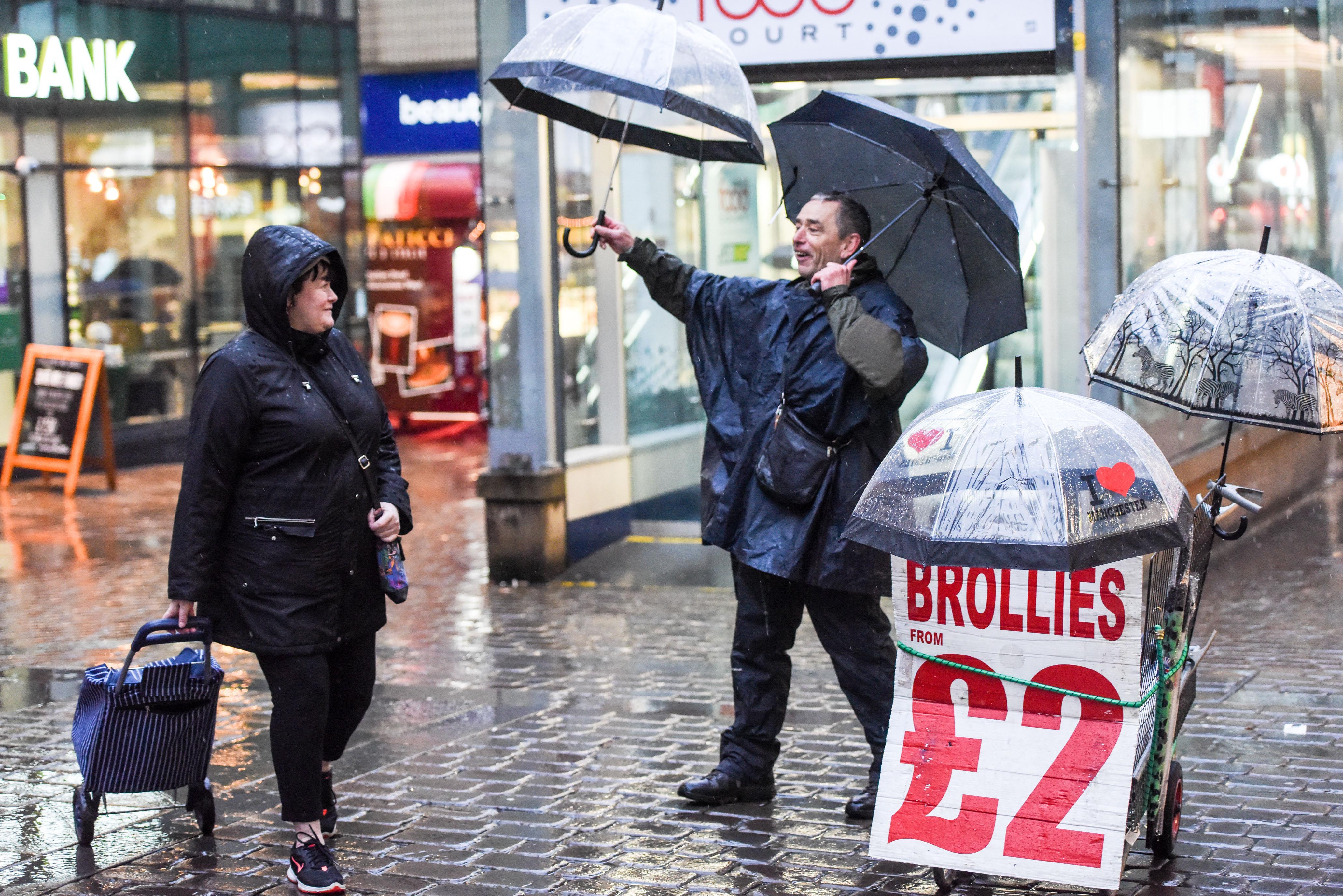 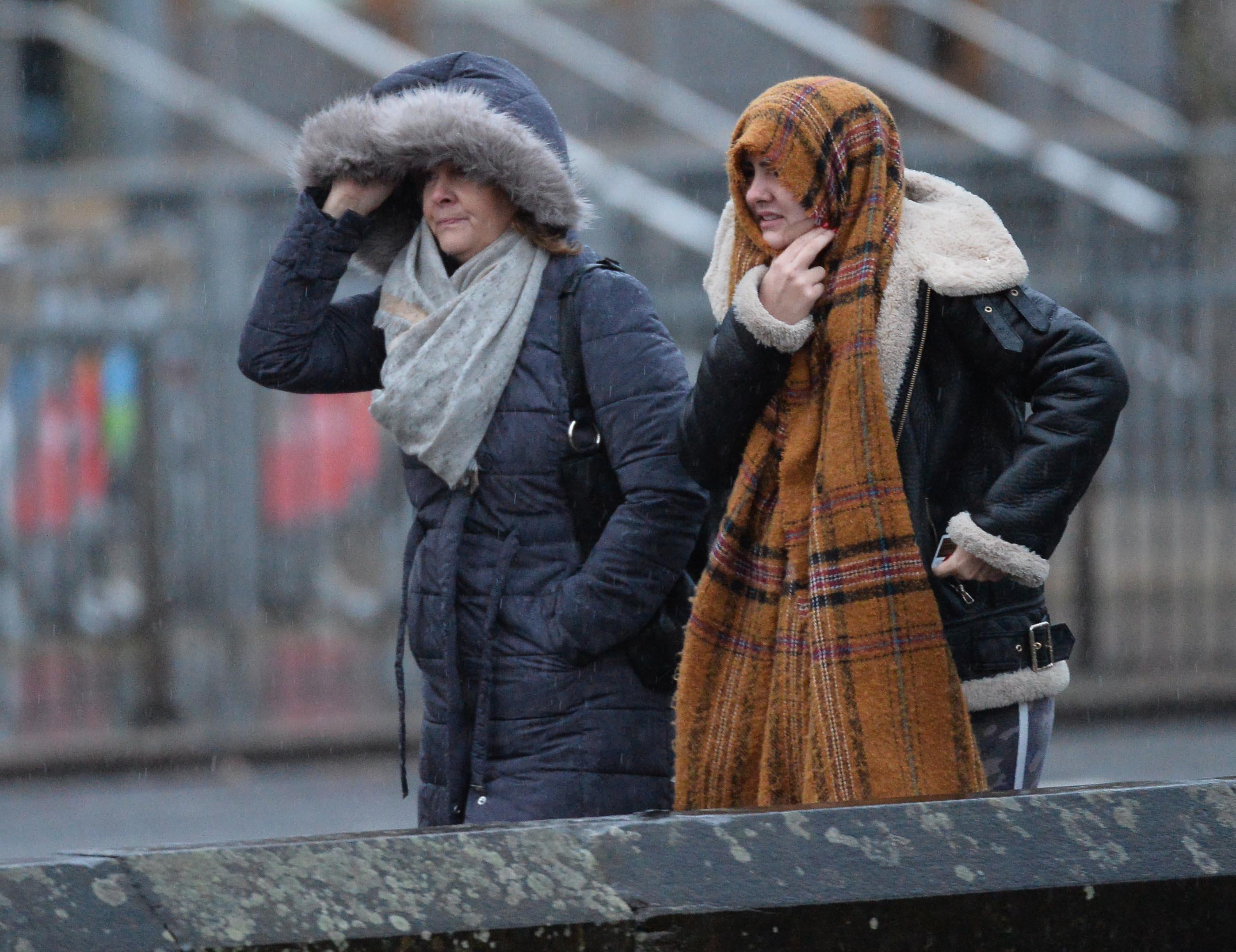 A huge region of low pressure from two Atlantic storms is set to drag a huge mound of water into Britain's coast, set to sweep over sea defences.

Richard Miles, a spokesman for the Met Office, told The Sun Online: "The weather from Storm Diana will affect us today as there will be strong winds and rain.

"We can expect gusts of 60mph and in the most exposed westerly places along the western coast from Cornwall to the Shetland Islands could see gusts of up to 8mph.

"The rain warning applies to Scotland and the eastern central Scotland, where up to 50mm is expected to fall in localised areas." 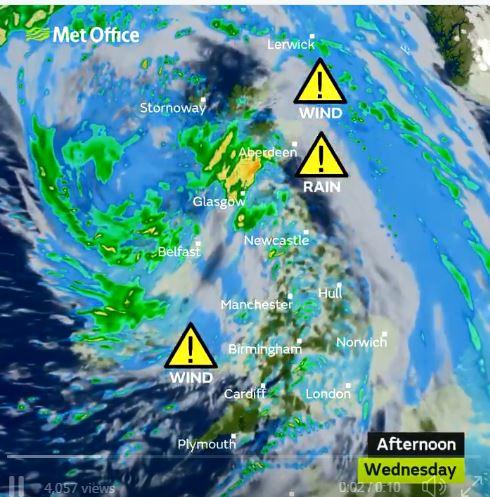 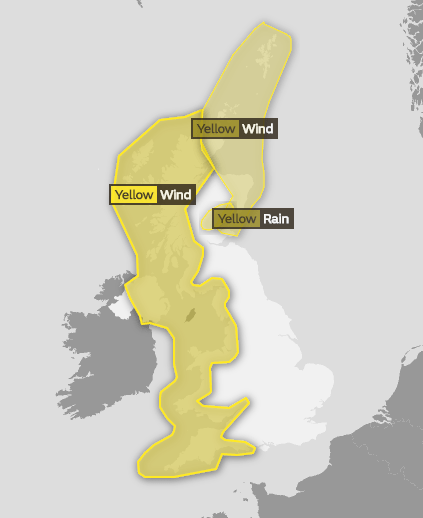 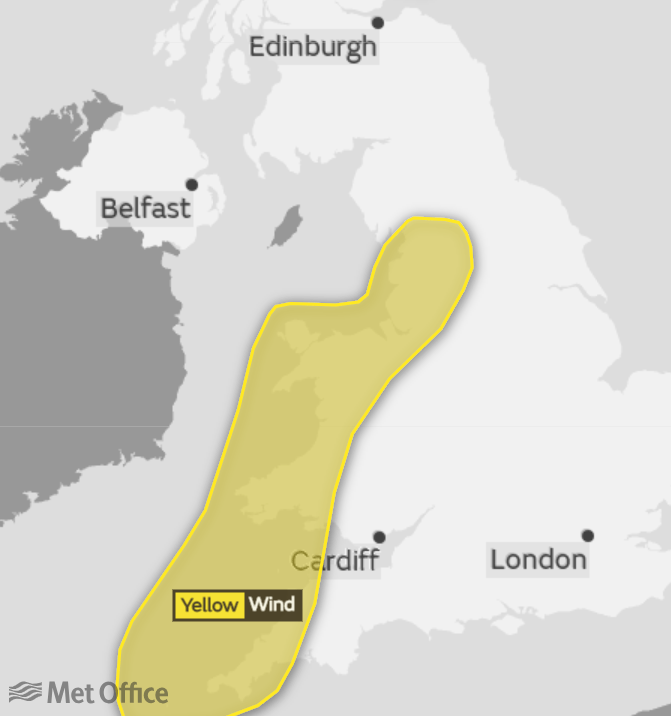 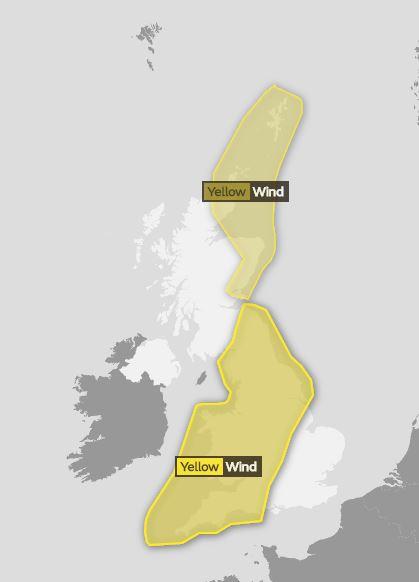 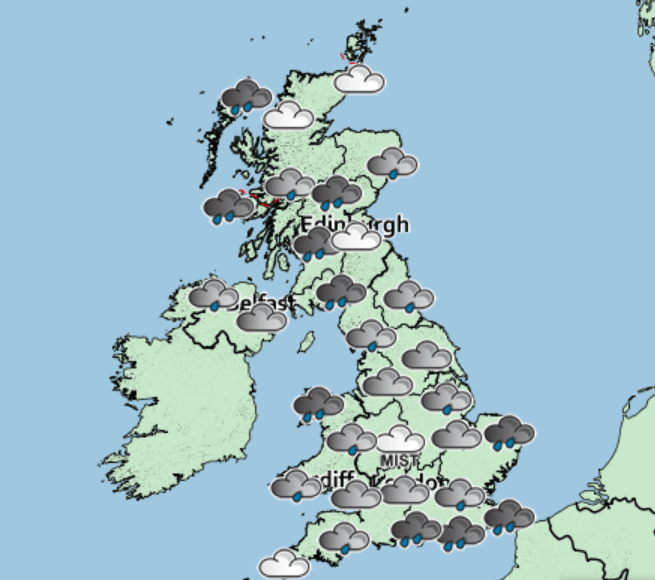 He added: "The rain warning is not as widely distributed as the wind warning. The wind is the major thing to look out for.

"Across the UK will get heavy and persistent rain but not as much as Scotland.

"We can expect 20mm to 40mm to fall elsewhere across the country."

The Met Office's Mr Miles said: "People will need to be careful on coastal roads, which will be affected by spray and large waves.

"People will need to exercise care around those areas."

And the Environment Agency has released flood alerts for parts of South East England, particularly from Putney Bridge to Teddington Weir.

Meanwhile, bookies have slashed the odds on a White Christmas blowing in.

Bookmakers Coral cut white Christmas odds to 7/4 in Aberdeen and 2/1 in Glasgow and Edinburgh.

A spokesman said: “Bookies are in a shiver about the festive freeze.”