This is the disturbing moment a mother pleaded for help after a local funeral home in Brazil placed her late son’s body inside a garbage-filled coffin.

Andreia da Silva was waiting for the funeral parlor to load the casket into a van to transport Vitor de Oliveira, 25, to Franco da Rocha cemetery in São Paulo when she discovered him lying on top wooden crates that were laid over dirt and covered with old newspaper sheet.

De Oliveira died of a heart attack at a hospital January 5 after five other medical facilities had declined to provide immediate care because they were didn’t have the necessary equipment to treat obese patients.

The grieving mother was also shocked by the height of the coffin, which she described as ‘grotesque, ugly, hideous’ in an interview with Brazilian news outlet G1. 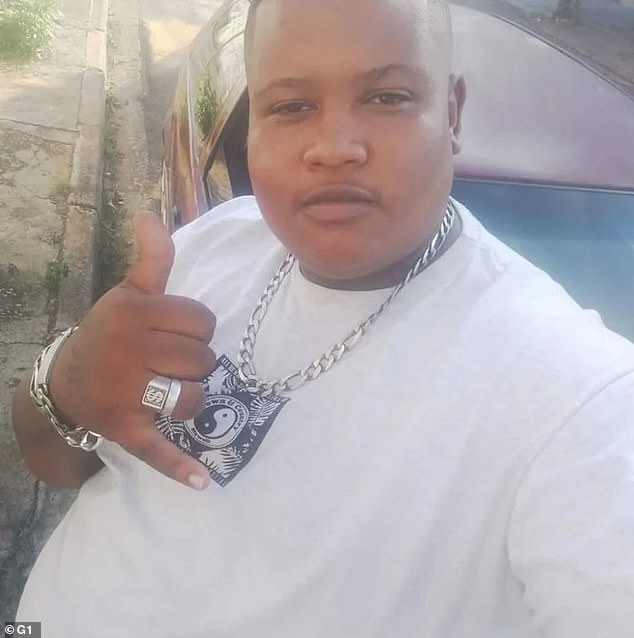 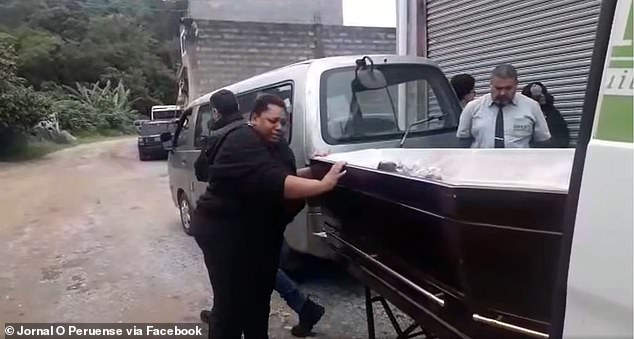 Andreia da Silva leans against the coffin of her son, Vitor de Oliveira. She found her son’s body was lying over wooden crates that were placed on top of dirt and covered with newspaper sheets 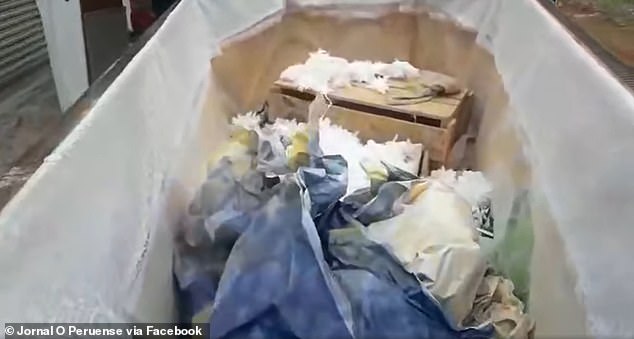 Trianon Funeral said it was not responsible to the type of coffin that was being use for Vitor Oliveira. The company said its only responsibility was to transport the body to a clinic where the body was preserved and prepared for a wake before taking it to the cemetery

The funeral home explained to G1 that it was only responsible for transporting de Oliveira’s remains to a clinic where the body would be preserved and prepared for a wake before taking it to the cemetery. They said they were not involved in selecting the coffin.

In a statement, the company also told news portal BHAZ they ‘became aware of the facts after the body was transferred to another coffin, without the presence of any of our employees.

De Oliveira, who weighed 440 pounds, became ill the morning of January 4 and was rushed to five hospitals – each one refused to provide medical care, according to Carlos Castro, the coordinator for the São Paulo state hospital system.

He was admitted to Perus Emergency Care Unit at 8.55am and was treated for respiratory failure. He was administered drugs and doctors attempted to intubate him but were unable to do so. A tracheostomy was done which allowed him to breathe easily.

He was released at 4.20pm and placed in the city’s patient system to match him with a hospital that could provide the necessary care. 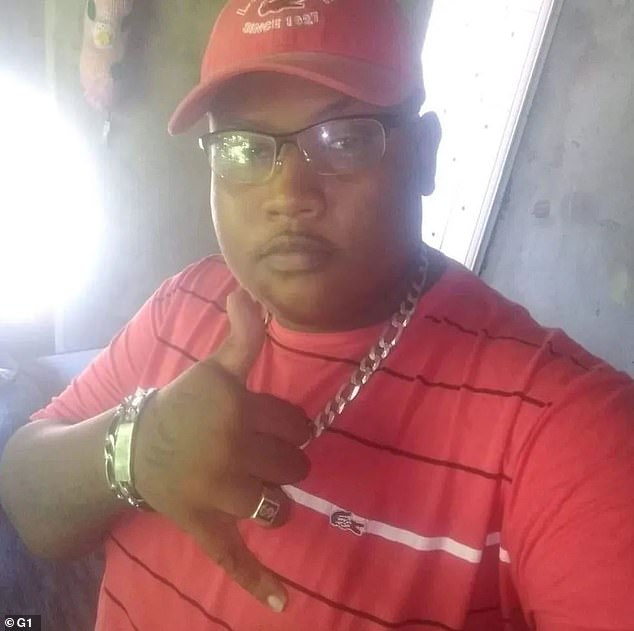 The prosecutor’s office in the southern Brazilian state of São Paulo is investigating the state health department over Vitor de Oliveira’s death. The 25-year-old fell ill January 4 and died the following day after he spent almost 32 hours trying to get admitted into a hospital. Six hospitals refused to treat him because they were over capacity or didn’t have beds for obese patients 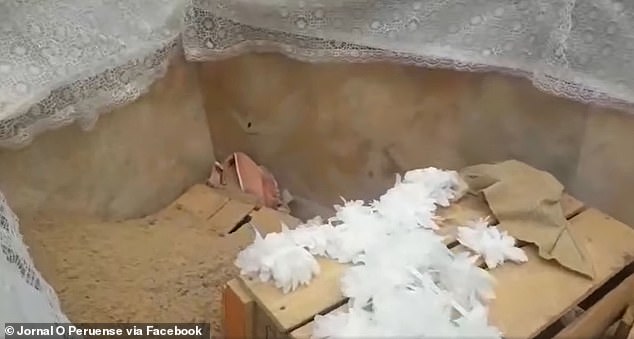 The closest hospital was Taipas General Hospital. However, the medical facility was unable to register him because they were overcrowded – the hospital has a capacity of 22 patients and was treating 48.

The state patient registry reached out to five other hospitals and got a response from Vila Nova Cachoeirinha Hospital on Thursday at 10 that there was space for De Oliveira. The staff admitted him and didn’t proceed with additional care because they didn’t have a bed that would withstand his weight.

He was discharged at around 12.30 pm and sent back to Perus Emergency Care Unit and upon arriving there was sent to Taipas General Hospital because the urgent care center could not properly treat him.

He arrived at the hospital at about 3pm and the medical staff summoned the fire department for assistance to transfer him from the ambulance to a stretcher. It took the firefighters half hour to arrive before 10 people were able to safely move him. 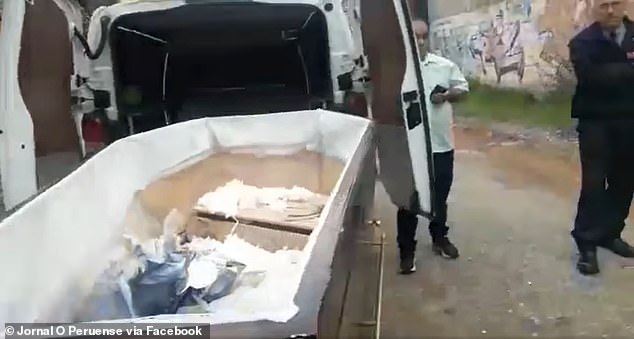 Open coffin filled with dirt, old newspapers and wooden crates where the body of Vitor de Oliveira was placed in

De Oliveira was taken into the Intensive care Unit at 4.10pm. He underwent an electrocardiogram and went into cardiac arrest and died at 4.40pm.

‘He was neglected, my son was,’ da Silva said. ‘My son was on a floor, that I will never forget. My son died on a floor, he had no right to die on a mattress.’

The Secretariat of Public Security is also investigating the funeral home incident.