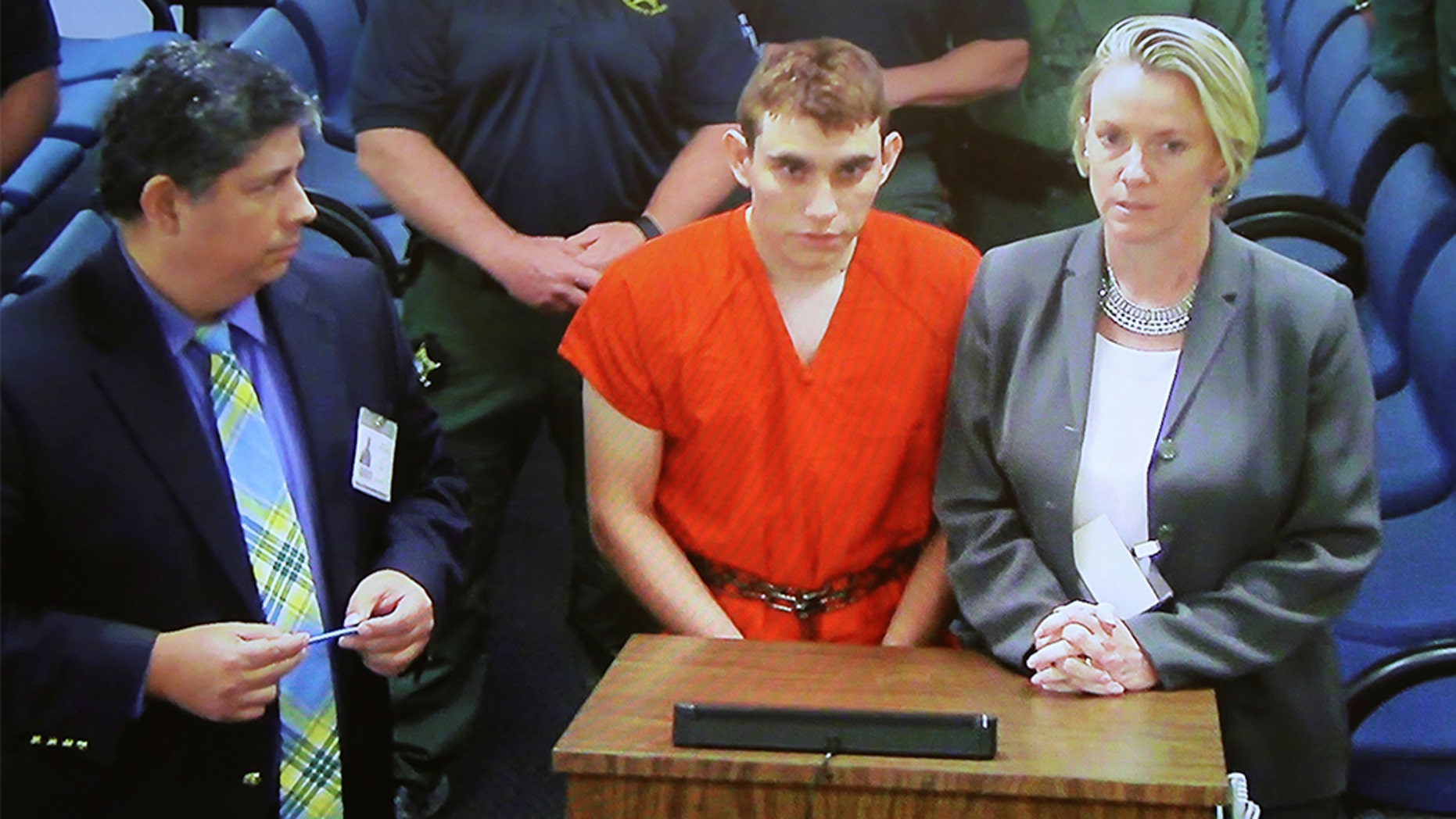 Parkland killer Nikolas Cruz, center, was among the many prisoners who’ve looked for love behind bars.
(REUTERS/Susan Stocker/Pool, File)

They've snagged headlines across the country — notorious criminals or suspects in gruesome crimes falling in love while behind bars. Here are five examples. 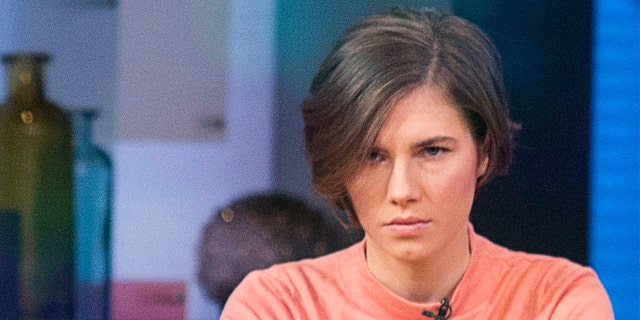 It’s a tried and true tradition, as for instance, in Vice, Amanda Knox talked about a special friendship she had with a female inmate, which was about companionship more than anything else.

“I can do things to you that no man can,” Knox said a drug-dealing woman told her in seduction.

“I was cautiously friendly. We walked the perimeter together. She told me she was a lesbian and I told her I was straight,” Knox wrote about the fellow inmate.

Knox made headlines in 2007 after she was accused of killing her roommate Meredith Kercher in the apartment they shared with two other students in Perugia, Italy. Knox was found guilty in 2009 but acquitted and freed in 2011 after spending nearly four years in prison. She returned to the United States after the 2011 ruling that freed her, but she was sentenced in absentia to prison again in 2014 – until Italy’s highest court overturned that decision in 2015, ending the possibility of future trials. 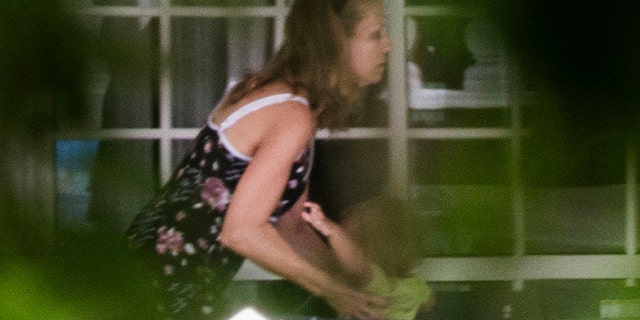 Karla Homolka served over a decade in prison for the murders of three teen girls, including her sister.
(REUTERS/Zoran Milich, FIle)

One of Canada's most notorious female criminals, Karla Homolka, released from prison in 2005 after serving 12 years, had a similar story; she was in a same-sex relationship with inmate Lynda Véronneau.

Homolka served 12 years for the rapes, torture and murders of three teenage girls, including her younger sister. Homolka told the court and psychiatrists she was a battered wife who took part in the rapes and murders to protect herself and her family. 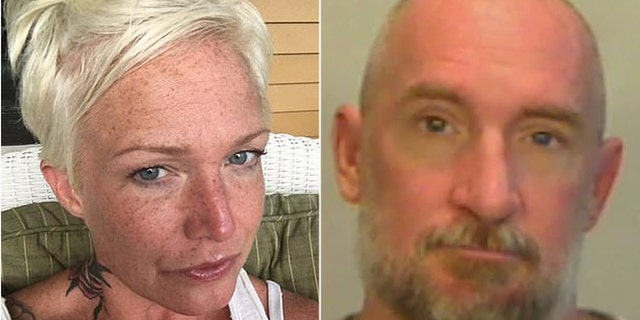 The multimillionaire co-founder of CrossFit is set to wed her childhood crush — who is currently jailed for allegedly stabbing someone to death at a treehouse shanty in 2017.

Lauren Jenai, who founded the popular exercise regimen with her then-husband Greg Glassman, reconnected with childhood pal Franklin Tyrone Tucker on Facebook after her messy split from the fitness guru. The friendship soon turned romantic, and the two decided to wed at the Monroe County jail where Tucker has awaited trial for murder. Jenai said that, when the two reconnected, they hadn't seen each other in 30 years, since they were children growing up in Philadelphia.

Jenai, who reportedly sold up to $20 million in CrossFit shares as a result of her 2013 divorce, said she didn't plan to implement a prenup in her marriage to Tucker.

“Our relationship is very open and we are a team,” she said. “I trust him. I love him. My house is his house. A prenup feels a little inappropriate.” 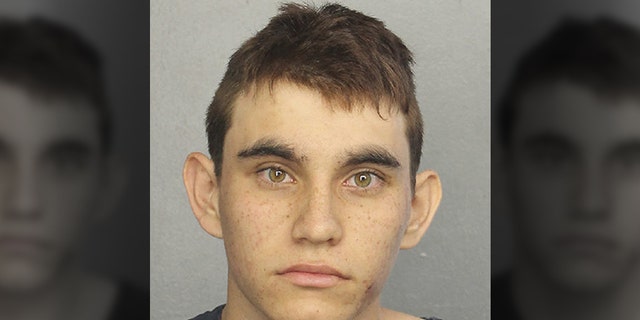 Parkland massacre gunman Nikolas Cruz wrote love letters from jail to a woman in the United Kingdom detailing his desire to get married and have children named after guns.
(AP, File)

That seems more realistic than the tale of Parkland massacre gunman Nikolas Cruz, who wrote love letters from jail to a woman in the United Kingdom detailing his desire to get married and have children named after guns, while also contemplating death and the death penalty — all while avoiding writing a single word about the 17 people he confessed to killing on Feb. 14, 2018. Cruz’s handwritten letters were peppered with drawings and misspelled words and addressed to a woman named "Miley," a cyber-supporter who helped start the Facebook group “The First Victim,” in reference to Cruz.

“I also want to know if you would be at my trial or [illegible]. I’m hoping you are because I really want to meet you and it would make me happy,” Cruz wrote.

Cruz said in one letter that talking about the deadly shooting at Marjory Stoneman Douglas High School “would be a bad idea,” but advised Miley to listen to Foster the People’s song “Pumped Up Kicks,” about a school shooting. It included the lyrics: “All the other kids with the pumped up kicks/You'd better run, better run, outrun my gun.” 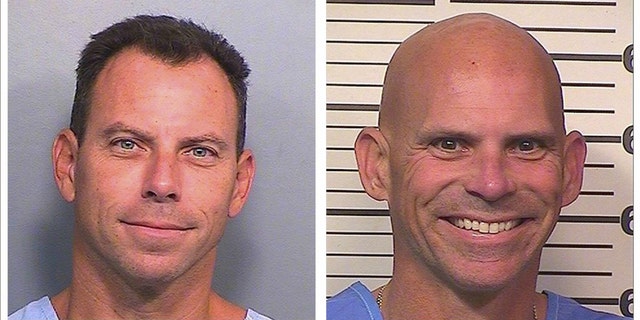 The Menendez murder unfolded in August 1989 and the brothers weren’t arrested until March 1990.

The brothers have been serving life sentences for killing their parents, Jose and Kitty Menendez, in their Beverly Hills mansion.

They still found love: Lyle is onto his second wife in prison; Erik has just one wife who has never had anything more than possible phone sex with him, as news.com.au reported.

Love is special and unique for all, even for inmates in prison.