The 500 value items that can cut your cost of living: From a tin of beans at 32p to toasters for £29, the experts show you their pick of savvy buys

Whether it’s cutting back on how much we buy or switching to cheaper alternatives, we are all changing our shopping habits as the cost of living crunch bites.

So it will be of great help to many that experts have narrowed down high street products to more than 500 which offer hard-pressed shoppers the best value.

Consumer champion Which? has identified items from tins of baked beans to nappies and rechargeable batteries which it has awarded its ‘Great Value’ badge. It says the selected products combine value for money with good quality. 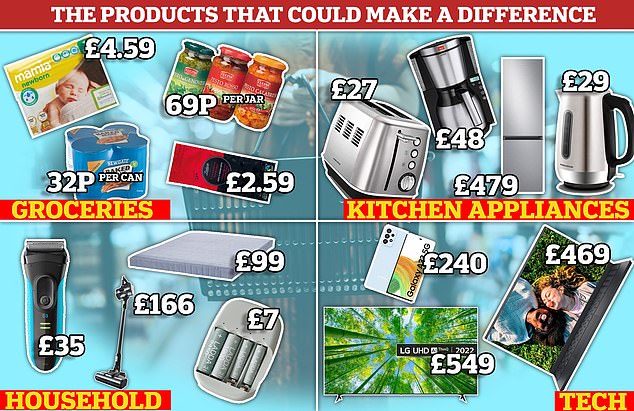 ‘Aldi nappies that work out as 5p each, rechargeable batteries from Ikea that hold an exceptional amount of charge and an easy-to-use £35 electric shaver from Braun are among more than 500 everyday products newly recommended as Great Value,’ it added.

Which? said Aldi’s Mamia Ultra Dry Nappies (£4.59 for 84) score highly in tests yet, at 5p each, cost a quarter of some Pampers nappies.

It also gave a badge to Lidl’s Newgate baked beans at 32p for 420g – compared with 415g of Heinz beans at £1.20 – and Ikea’s Laddad rechargeable batteries, which at £7 are around £4 cheaper than the average.

The Great Value badge joins other Which? categories such as Best Buy and Don’t Buy.

Which? said: ‘While these lower-cost products might be missing the extra bells and whistles of more expensive Which? Best Buys, they get a good score at doing their core job well.’

By Calum Muirhead, City Reporter for the Daily Mail

Shoppers are switching to discount supermarket Aldi ‘in their droves’ to make their money go further during the cost of living crunch.

The German chain has attracted 1.5 million new customers over the past 12 weeks, its UK boss revealed.

And existing shoppers are increasingly using Aldi as their only supermarket.

‘The cost of living crisis is worsening, and it’s being felt by millions of households across the UK. It’s in times like these when our customers rely on us the most,’ said UK chief executive Giles Hurley. 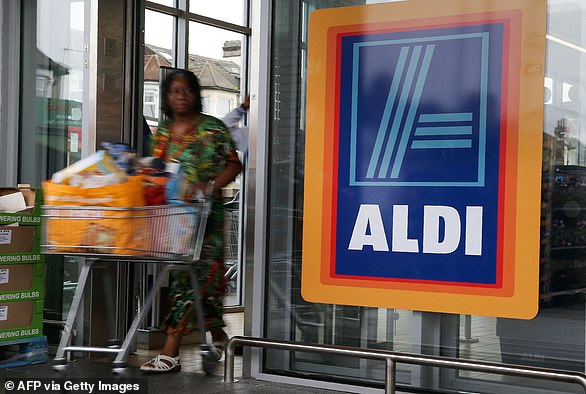 He added that Aldi would do ‘whatever it takes’ to maintain its promise of offering the lowest possible prices in Britain.

It has seen other supermarkets increasingly moving to match prices at Aldi – and its budget rival Lidl – on hundreds of products as shoppers focus more and more on value.